How to Create a Countdown Widget in iOS 14

There are plenty of apps you can use to make countdown widgets on iOS 14. Don’t go searching for the word “countdown” in the App Store though, you’ll just get frustrated. I’ve been toying around with one called Countdown Widget Maker, and while it’s not free — very few are — it gets the job done if you’re looking for elegant, customised widgets.

Why would you need an app like Countdown Widget Maker? Because you’re eager to know how many days, hours, or minutes it’ll be until some milestone in your life, whether that’s your birthday, the launch of a brand-new gaming console, how long until you can quit your job, or the time left on your COVID quarantine.

As mentioned, there are plenty of paid countdown apps on the App Store, and I’m fine with developers making a little for their efforts (though this is not the kind of app you should to pay a subscription fee to access). With Countdown Widget Maker you can make two basic countdown widgets for free, which should be good enough for your huge events, but it’ll cost you a one-time fee of $US4 ($6) if you want unlimited countdown widgets and extra customisations.

I like Countdown Widget Maker because it’s painfully easy to customise the look and feel of your widgets using the default editing tool, even if you’re sticking with the free version: 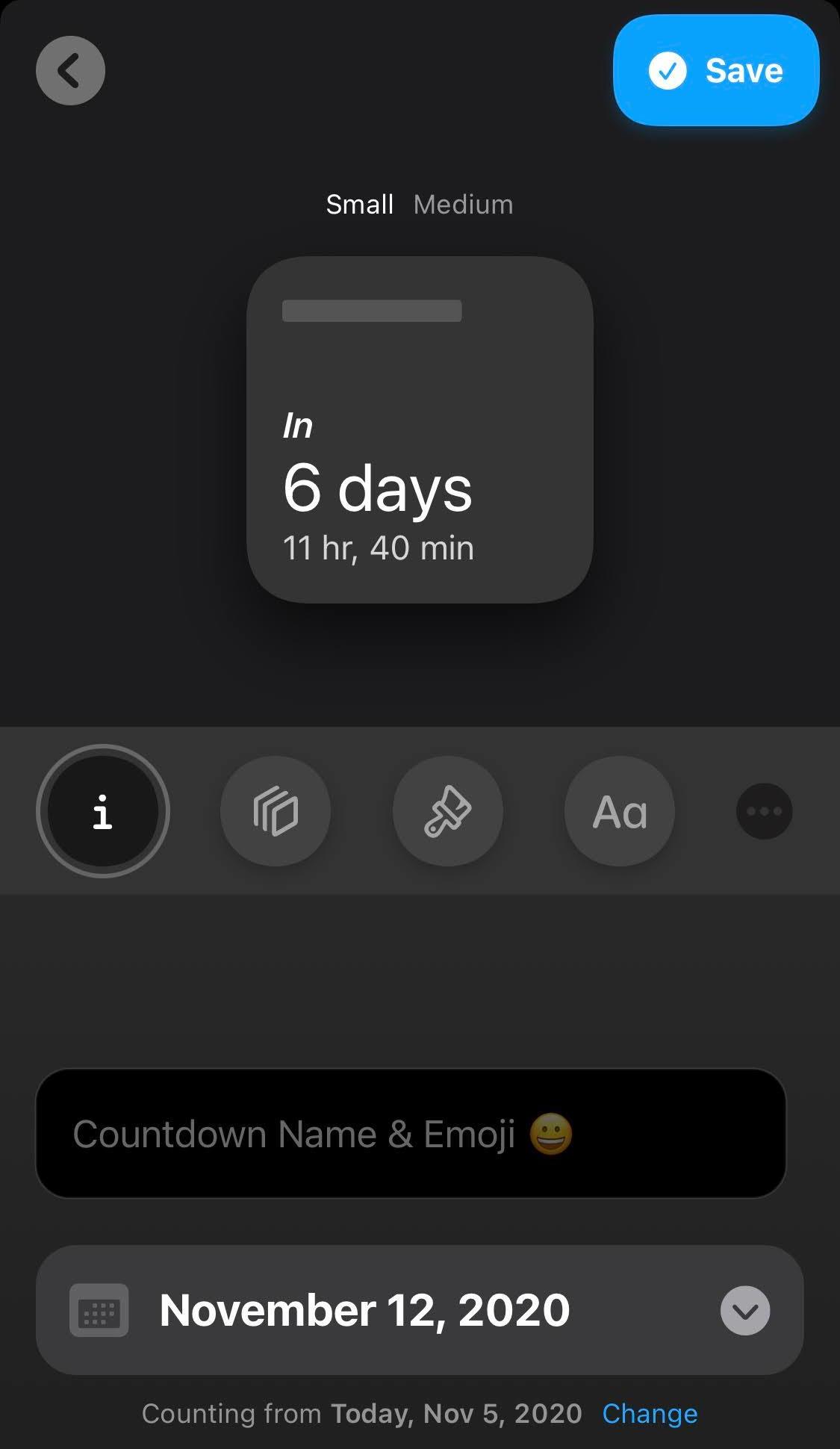 By default, you just have to add a name and pick a time. That’s it. If you want a different widget theme, you’ll have to pony up for the “pro” features: 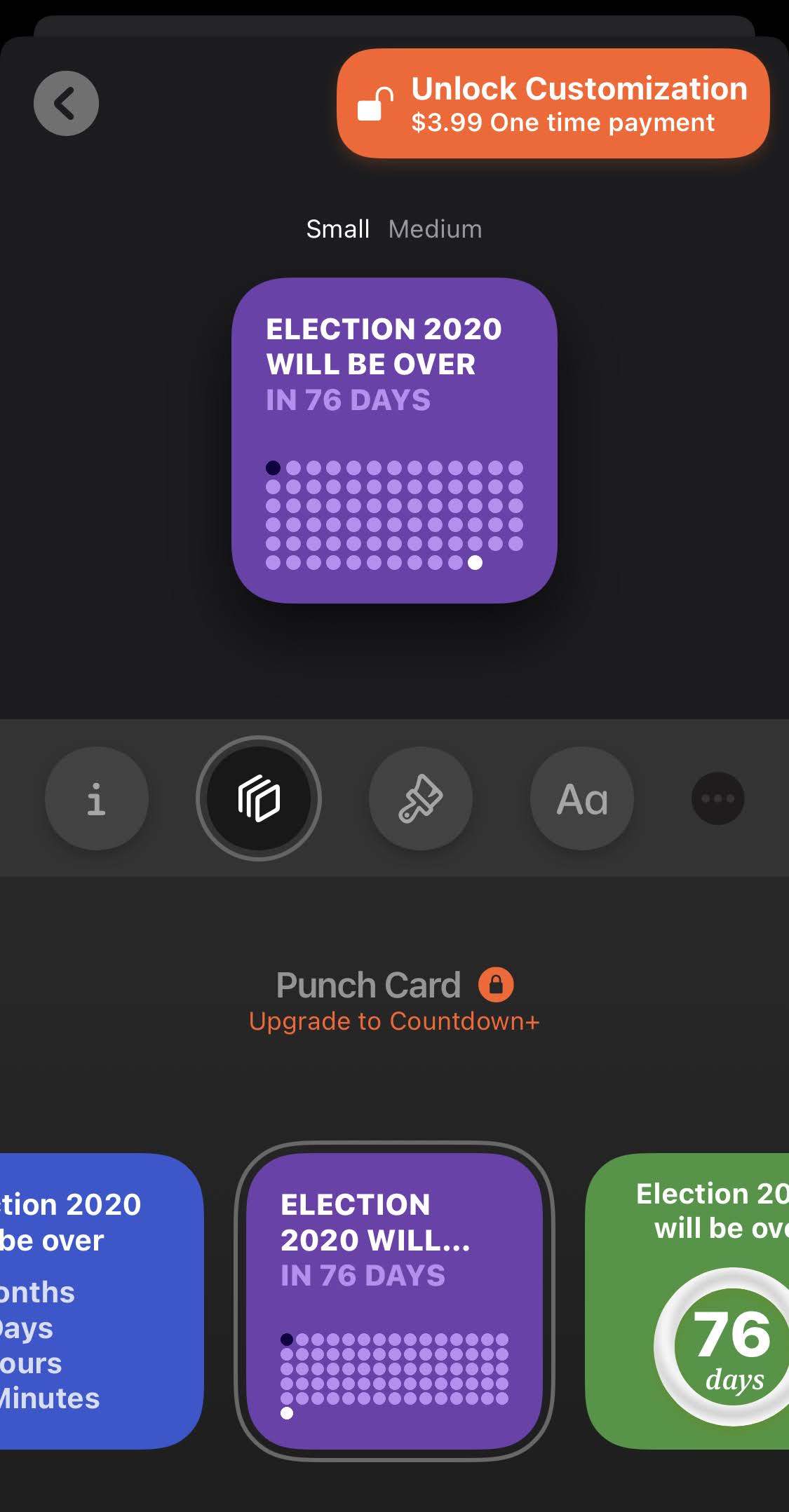 Otherwise, you’re free to change your widget’s colours and font all you want. Once you’re done, you save your widget-in-training, and then you hop back to your iPhone’s Home screen, long-press on an open spot, and add the widget like you normally would. (You are running iOS 14, correct?) 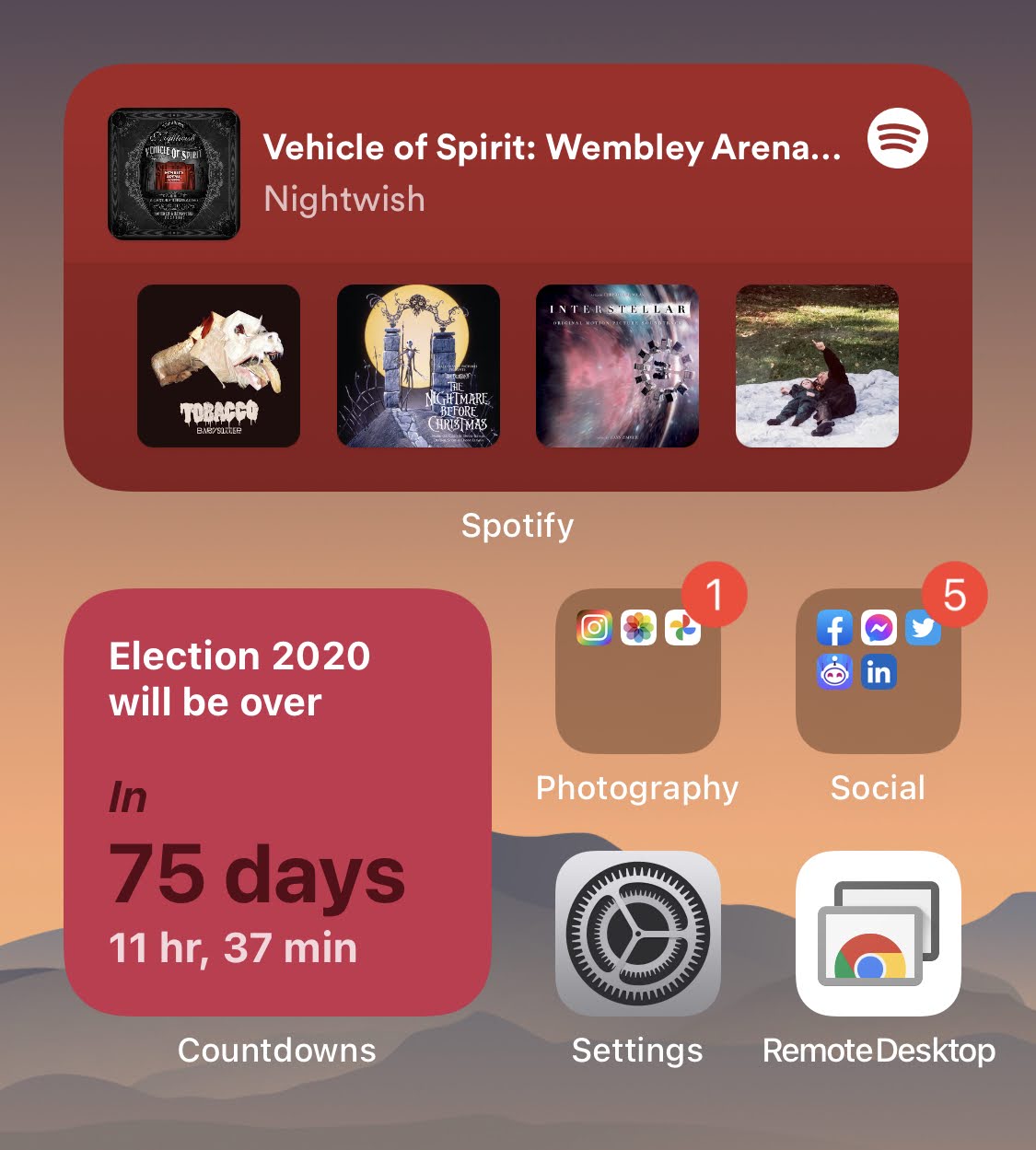 There’s your widget. As mentioned, other widget styles can present your information in different ways. You can probably find other apps that let you create similar widgets for cheaper, but I don’t think one really needs to quibble over a buck or two. Countdown Widget Maker works as good as it looks. What more do you need?