Get Your Mac Ready to Upgrade to ‘Big Sur’

Happy macOS Big Sur release day! While you wait for Apple to release the latest version of macOS, which typically drops between 5 a.m. and 8 a.m. AEDT, there are a few things you can do to get your Mac ready and ensure your upgrade process is smooth and disaster-free — or, should you encounter any issues, you’ll be ready to deal with them.

Who gets macOS Big Sur?

Most Macs systems released over the past seven years will be able to enjoy a free upgrade to macOS Big Sur. However, just in case you have an incredibly old system, here’s a list of compatible Apple desktops and laptops:

If you don’t have a compatible system, then your macOS trip ends with macOS Catalina, the previous operating system. It’s certainly possible we’ll see some kind of third-party installer that lets you slap macOS Big Sur on an unsupported system, but one is not available yet. Until then, you can at least use this tool to practice stuffing macOS Catalina on your even older system, if it doesn’t have it.

How do I install macOS Big Sur?

As always, the process couldn’t be any easier. Once macOS Big Sur releases today, you’ll only need to click on the Apple logo in the upper-left corner of your Mac, then open System Preferences > Software Update. Make sure you’ve checked the “Automatically keep my Mac up to date” box if you want to do just that in the future. After that, click on “Update Now” to launch the process.

What if I’m already using the macOS Big Sur beta?

Though it’s typically not an issue, I like to remove my beta profiles before I upgrade to the final release of an operating system. That way, I can decide if I want to hop into subsequent betas for the next minor updates Apple is working on. I like to stick with a stable build until there’s something truly interesting in a new beta that’s worth trying out early.

If you’ve been playing around with macOS Big Sure via its beta, you can unenroll your system prior to updating to the public release macOS Big Sur by clicking on the “Details” link under “Software Update” in the similarly named screen. That should pop up this window: 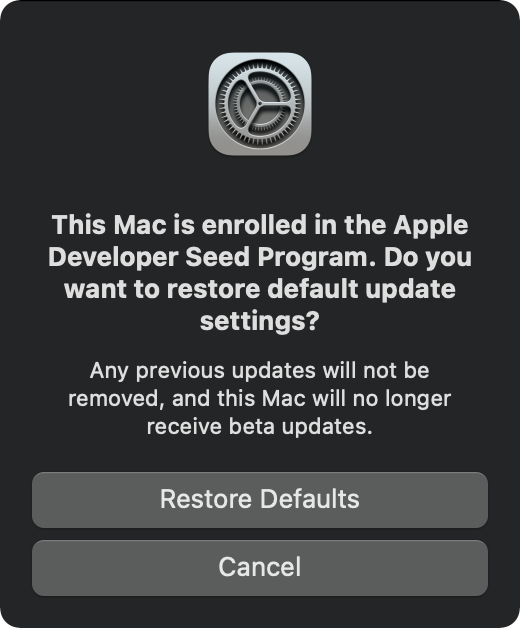 Click on “Restore Defaults” to unenroll from the beta program. If you’re prompted to restart your system, do that. Then, update to the final version of macOS Big Sur as you normally would.

I’m not in any beta. Should I do anything before I update to macOS Big Sur?

I’ve never had an issue installing new Apple system updates, but that doesn’t mean problems can’t pop up from time to time. If you’re moving from macOS Catalina to macOS Big Sur, I don’t think you’ll have very much to do to prepare. If you’re moving from an older version of macOS, however, you’ll want to make sure that any 32-bit apps you’re using (viewable via the Apple button > About This Mac > System Report > “Legacy Software,” under the Software section in the left sidebar) are compatible with the 64-bit app requirements of macOS Catalina and beyond — which includes macOS Big Sur, of course.

Otherwise, I would recommend fully backing up your Mac, because it might be a lot harder to save your files if an upgrade disaster strikes — if you even can. At minimum, I’d triple-check that you’ve been saving your precious documents, photographs, and everything else to iCloud (via System Preferences > Apple ID > iCloud). It wouldn’t hurt to duplicate your documents and photos elsewhere (on Google, perhaps, or any number of other cloud-storage services). You can never have too many backups. 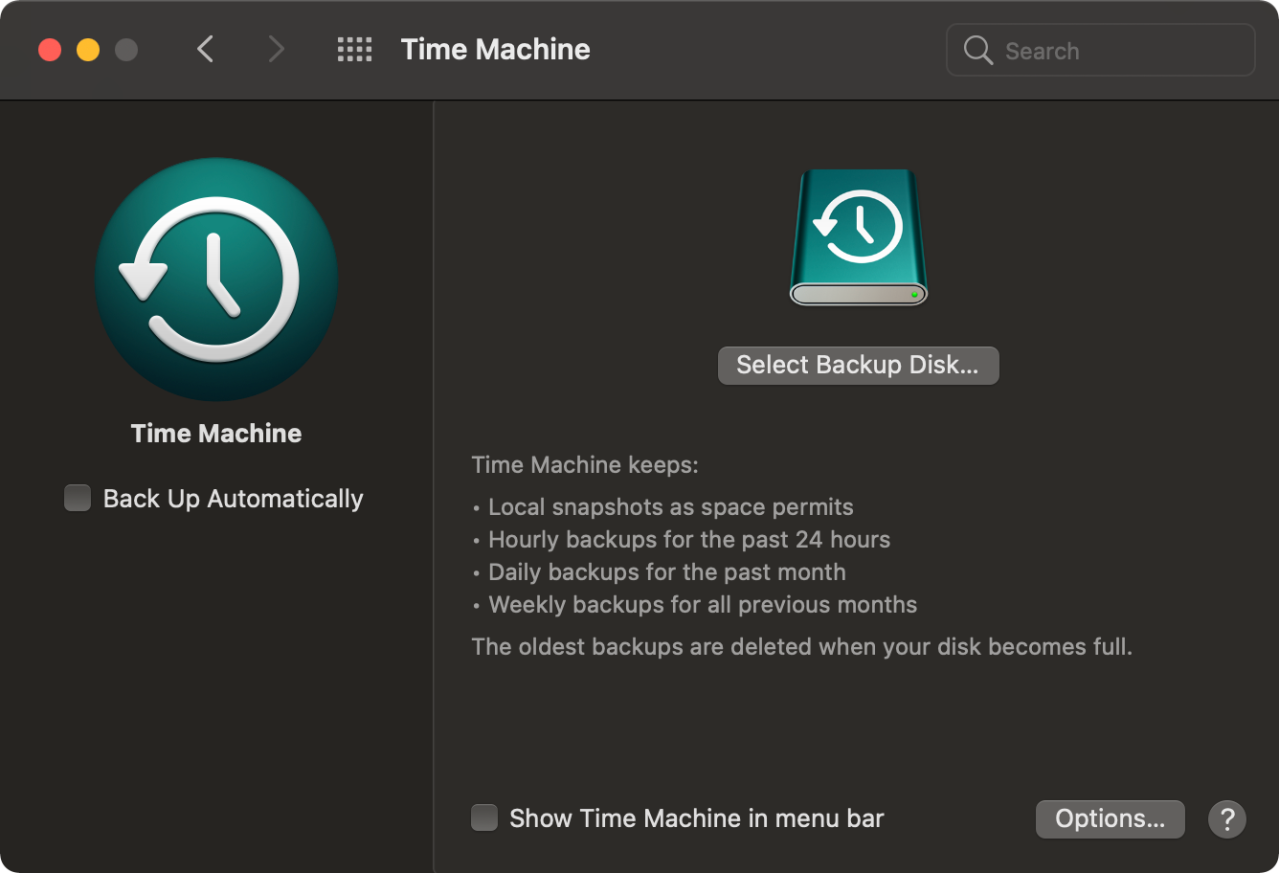 Speaking of, if you have any kind of external storage sitting around, such as a spare USB drive or one of Apple’s fancy Time Capsules, run a Time Machine backup. That way, if disaster strikes, you can easily restore your system to its full state pre-Big Sur. (Obviously, anything you do on your Mac between the backup and the Big Sur installation will disappear, unless it was automatically backed up somewhere else.) Other than that, you might as well take some time to do a little housekeeping before you install macOS Big Sur (or while it downloads). Run through Finder and delete any apps you’ve installed that you haven’t used in forever, which should be obvious if you sort by “Date Last Opened.” 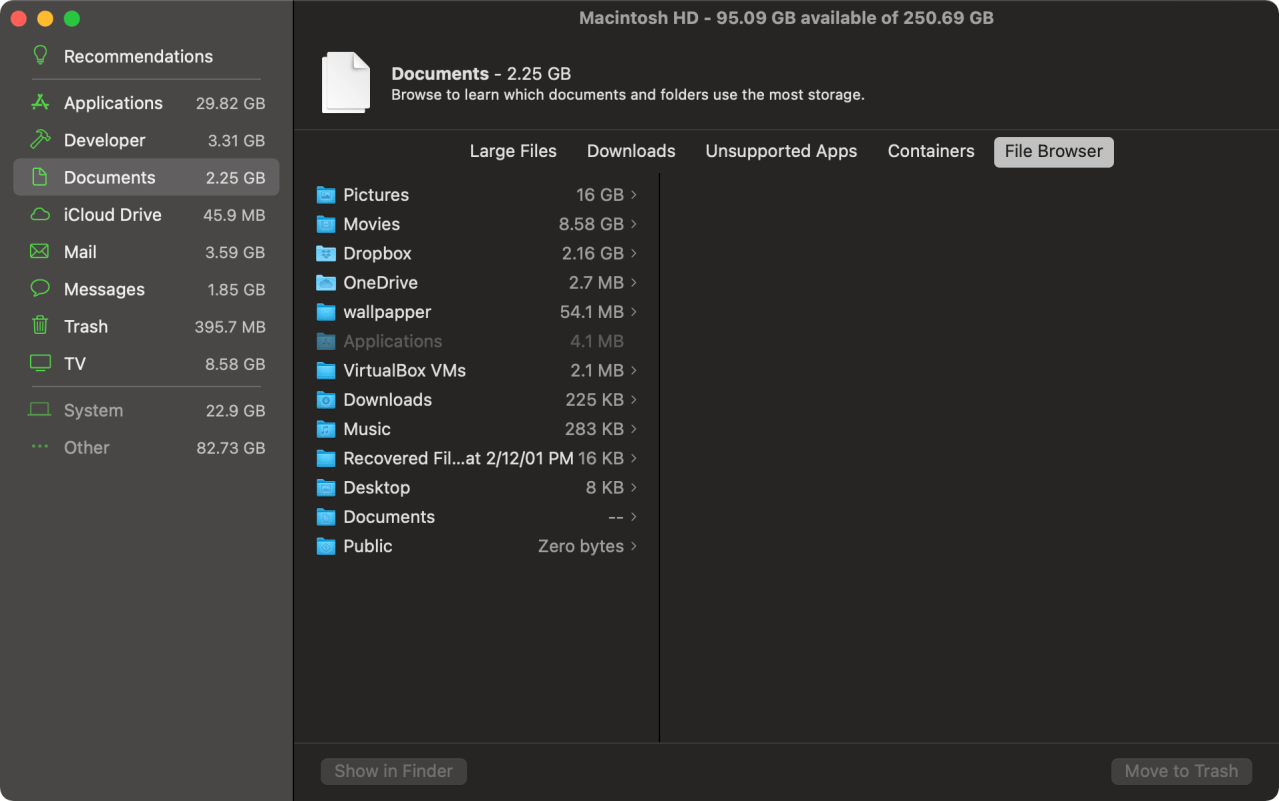 You can also click on the Apple icon in your Menu Bar and select About This Mac > Storage > Manage, which pulls up a handy little list of options for optimising your Mac’s storage (say, by deleting Apple TV movies or shows you’ve already watched). The Review Files option helps you find large files you may no longer need or apps your system can’t use, and the File Browser sorts your various key folders by size you can see what’s eating up so much space on your Mac.

As much as “macOS Sausalito” might roll off the tongue, Big Sur is the California landmark repping Apple’s big operating system update this year. And what an update it is. If you hate how iOS or iPadOS looks, I’ve got some real bad news about macOS. You might want to...

If you want to give macOS Big Sur a try before you completely commit, you can always install it on a separate partition for the time being, assuming you have enough space on your Mac’s hard drive.

Pull up Finder and click on Utilities > Disk Utility. Click on your hard drive in the left sidebar, and then click on Partition on the right side of the window. If you’re already using macOS Catalina, you’ll be prompted to create a new APFS volume instead of a partition (which you should do). If you’re on an older version of macOS, you’ll go right into the partition-customisation screen. Those creating an APFS volume are basically done for the time being. Otherwise, click the + icon below the pie chart and pick how much space you’ll want your partition to be and make sure it’s using APFS for the file system (and if that’s not an option, you’ll need to pick “Mac OS Extended”). You’ll probably want at least 20GB to run macOS Big Sur, but I’d dedicate a bit more than that if you’re looking to use it like you would your normal operating system.

Once you’ve clicked Apply and created your partition, make sure that you select that as a target once you’ve downloaded macOS Big Sur and launched the installation process. You’ll then be able to switch between your two partitions by holding Option while your system boots.

What if disaster strikes with macOS Big Sur?

Don’t panic. Remember your recovery shortcuts. When you boot your Mac, hold down one of the following: