The Out-of-Touch Adults’ Guide To Kid Culture: The Generation Gap

For week six of the Out-of-Touch Adults’ Guide (“OoTag” to the kids at the cool lunch table), I’m taking a look at the generation gap. Back in the old days, annoying hippies reflexively trashed the values and culture of their parents, with little thought to whether what they rejected was good or bad.

Today, though, the kids are alright. Youth pop culture is a refreshing mélange of the new and the tried-and-true, with the post-everything generation picking up the acceptable aspects of their parents’ and grandparents’ milieus (goth fashion and roller skates) and rejecting the bullshit (pervasive racism and bow ties). 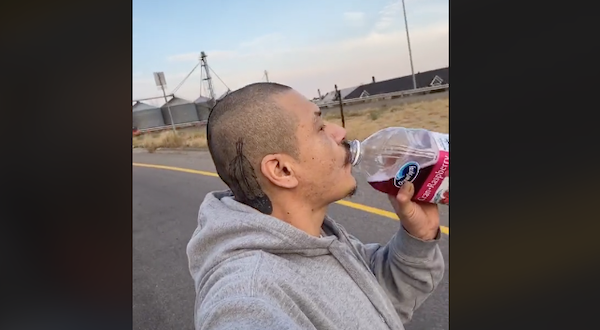 It’s been a bad year for everyone, young and old, but maybe the universal badness of 2020 was necessary to appreciate the redemptive power of “Morning Vibe,” DoggFace208’s viral video sensation that took over TikTok, then planet earth.

In the video, Nathan “DoggFace” Apodaca, a factory worker from Idaho, vibes to Fleetwood Mac’s “Dreams” while skateboarding and drinking cranberry juice. That’s the whole thing, but it’s way better than the description.

Apodaca, a 37 year-old dude who commutes to work on his longboard, is the most unlikely online star ever, and his video is a tri-generational triumph in which a dude born in the 1980s uses the music of the 1970s to make a video for kids born in the 2000s. It’s like the promise of America in less than a minute. Just beautiful.

Anyway, it’s spawned tons of imitations, including one from Fleetwood Mac’s own Mick Fleetwood. It’s pushed “Dreams” to the top of the streaming charts. And Apodaca even got a new truck and a ton of cash out of the deal. It’s almost enough to make me believe 2021 will be something other than unending misery.

This Week in Music: Miley Cyrus Vs. The Merrell Twins 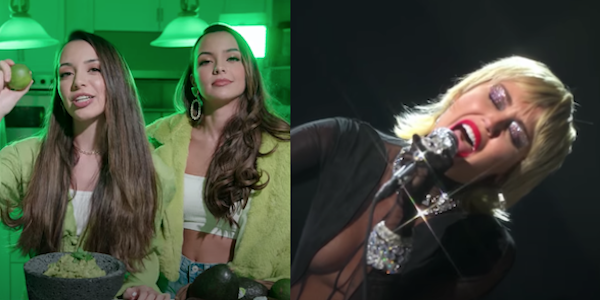 As of this writing, pop royalty Miley Cyrus’s live performance of Blondie’s “Heart of Glass” and YouTube stars The Merrell Twins parody of “WAP” are competing on YouTube’s trending chart. It reminds me of the clash between Herman’s Hermits and The Beatles in 1966, or that time in 1992 when Nirvana’s “Smells Like Teen Spirit” was fighting with Marky Mark and the Funky Bunch’s “Wildside” on the Billboard Top 100 chart.

Cyrus is the Beatles/Nirvana in my scenario. She just destroys Blondie’s iconic new wave anthem. I can’t overstate this: Miley kills this shit. You need to see and hear it. She takes the cool-as-ice indifference of Blondie’s original recording and turns it inside-out by delivering an impassioned, ferocious cover that’s transcendent. As good as pop music gets… and that’s pretty freakin’ good.

On the other hand, The Merrell Twins “Guac” is an artless exercise in “parody” in which the lyrics of “WAP” are transformed into an ode to guacamole. It’s a not-very-good idea explored witlessly. I know that sounds harsh, but I’m not trashin’ The Merrells. They’re young, and few kids that age have experienced enough personal desolation to be really funny or good at Art, so they’ll get better. And “Guac” is at least as funny as Weird Al Yankovich, and he parlayed dumb parodies of pop songs into an empire. (I loved Weird Al when I was teenager, but man, shit like “Eat it” has not aged well.)

This contrast between these two songs is like a distillation of teenage pop culture — the sublime and the ridiculous earning equal time in the hearts of people who are too inexperienced and dumb to know the difference. The beat, as they say, goes on.

This Week in Movies: Vampires Vs. The Bronx 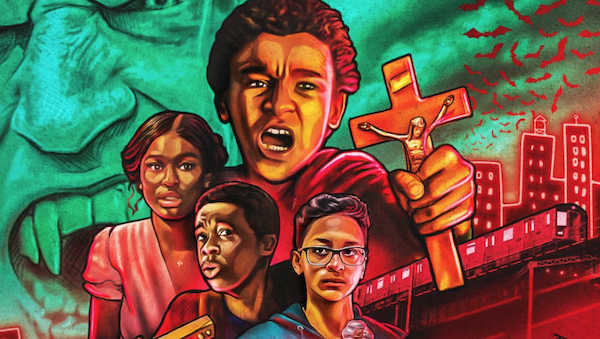 There’s just not much for young horror fans to celebrate this Halloween. I mean, what’s the plan for the big night, dress up for Zoom? But as a consolation prize, there will be a ton of horror releases on various streaming services, like excellent horror/comedy film Vampires Vs. The Bronx. This movie reminds me of a re-skinning of golden-age, 1980s light-horror, where plucky teenagers confront evil to save the day. This time, though, it’s not set in a Spielbergian suburb. Instead, the battleground is The Bronx, and the enemy is encroaching gentrification in the form of a predatory real estate development company made up of vampires. A great premise, a likable cast, and awesome respect shown to old school horror — four stars.

This Week in Video Games: PlayStation 5 Tear Down 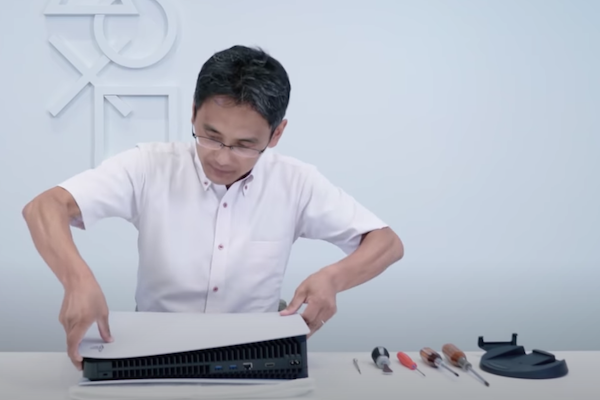 I still play video games even though I’m 8,000 years old, but I haven’t been excited for the release of a console since 1998. I just don’t care. I never think “If only this Xbox One had better graphics, this game would be more fun.” That part of my brain is taken up with, “Wait, I’m going to die too?!” But it’s nice that the younger generation still gets excited for the technical innovations of new hardware, as you can see by how many people have watched this Sony-posted video in which a friendly Japanese man takes apart a PlayStation 5 to show you all the shiny, make-it-work parts inside. (It turns out all those wires and things are why my homemade SteveStation 5 console couldn’t run Crysis.)

For more geeky fun, check out the many “reaction videos” where adorable nerds are terribly excited by the placement of air vents, disc drive-insulation, and expanded storage ports. Ah, to be young again…