I’m Karen Walrond, Speaker, Author and Hurricane Harvey Survivor, and This Is How I Parent

Karen Walrond has been many things in her life — a lawyer, speaker, photographer, author, leadership consultant, and a mother. She was born and raised in the Caribbean, met her husband-to-be in London, and they are now raising their teenage daughter, who they adopted at birth, in Texas. Walrond and her family are also Hurricane Harvey survivors. Although they lost their home in that 2017 storm, many of the lessons they learned have helped them navigate life during the pandemic today.

This is how she parents.

Let’s get started with a bit about you; can you give us the bird’s eye view of your family and your career?

OK, so I was born in Trinidad and Tobago, in the Caribbean. My dad was a petroleum engineer, and my mum was a schoolteacher in Trinidad. I went to undergraduate school at Texas A&M University — I have a civil engineering degree from there and a law degree from the University of Houston Law Centre.

After graduation, I worked as a lawyer in a few places, doing software licensing law, primarily. At one point, I ended up living in London, where I met my husband, who is a data manager. We got married in London, moved back to the States, and after about a year of marriage, we decided to adopt. So we adopted our daughter, Alex, from birth — she’s our “token American.” We actually moved back to Trinidad for a little while when our daughter was very young, but now we live in Houston again.

I no longer practice law. I’ve done a lot of leadership consulting, and I recently started working as the Director of Global Engagement for a very well-known author, so that’s what I primarily do now.

I’m Reesha Howard, Entrepreneur and Homeschooling Mum of Four, and This Is How I Parent

Reesha Howard considers her family to be something of a unicorn — they’re a homeschooling, Black, vegan, Christian family with a deep entrepreneurial spirit. She and her husband, Ron — they’re high school sweethearts originally from the South Side of Chicago — lived abroad for many years while Ron played...

You mentioned that you adopted your daughter at birth. Can you tell me about that journey?

Yeah, so when my husband and I got married, we had not intended to have children at all. We actually got engaged really quickly, about 18 days after our first date, which is insane. But I remember somewhere between our first date and 18 days, out of the blue, my [future] husband said to me, “You know, if you don’t want to have kids, that’s cool with me. I don’t need to have kids, either.” We were in our early 30s at the time, and I said, “I’m so glad to hear you say that because I don’t particularly want to have kids. But if we change our mind, I’d like to adopt.” I have cousins who were adopted and I’d always been a fan of adoption. And so he said, “Yeah, that sounds cool.”

About a year later, after we got married, I was watching him play with his nieces, and I was like, “Oh, no, you need to be a dad.” So we ended up looking for an adoption agency, and we chose to do open adoption. We were matched to our daughter’s birth mother probably about three or four months after we joined the agency. Two months after that, our daughter was born, and then six months after that, it was legal. She is the perfect cherry on top of our family; she’s now 16 years old and a junior in high school, and we’re talking about college, and it’s just amazing.

She is the perfect cherry on top of our family.

So your daughter is a teenager, which means you’re not dealing with things like kindergarten Zoom classes and the like. But I wonder what parenting through the pandemic has been like for you and your family?

The short answer is that we’re doing fine. The longer answer is that, three years ago, we lost our home to Hurricane Harvey. It felt more challenging than the coronavirus because — knock on wood — so far, we’re healthy, although of course that could change at any moment. But I feel like a lot of the lessons of Harvey are things I try to be mindful of during this time.

First of all, ever since I was in my 20s, I have had a very strong gratitude practice. I just think of one good thing that happened during day at the end of every evening. Sometimes it’s big, and sometimes it’s small. And it sounds a little trite, but the truth is that when things got really tough — like, we were wading through sewage water in our house — that gratitude practice really sustained us through.

Even when we had a house full of sewage water and we lost everything in our home, and we’re trying to pick out and salvage what we can, and we had to raze our house and figure out if we could even afford to rebuild and do all of that, there was never a day when we didn’t come up with something really wonderful that happened. Like strangers coming to help us muck-out our house for nothing more than the pizza we made them eat. Or like when we were evacuating and it was still storming outside and the bayou had broken its banks and we were trying to get to our daughter, who we had evacuated early, and it was just raging, chest-deep waters — and out of nowhere, these bass fishermen showed up with their boat and helped us cross. There was just always something really quite lovely that happened every single day, even on the worst days. And so when it comes to the coronavirus, I’ve really sort of kept that practice going with my family and with my daughter. It’s harder for my daughter because she actually got her driver’s licence the night before we went into lockdown back in March. She had just literally gotten the keys to freedom and we were like, “Yeah, but you’re not going anywhere.”

It certainly has been a time of becoming creative, a time to figure out ways that we can do new things safely. She decided she wanted to learn how to surf, and we live about an hour away from the coast. So on weekends, my husband has been taking her really early in the morning before people get out to the beach. That’s something they’ve been doing, and I don’t know whether or not that would have happened without the coronavirus.

I am also very mindful of the fact that I have a 16-year-old who is pretty self-sufficient, so like you said, I’m not having to deal with Zoom calls with toddlers. There’s a blessing to having to spend a lot of time together with our daughter toward the end of her high school career and before she leaves the house. So, there been some really good moments.

That said, I can’t wait to go to a restaurant again one day. 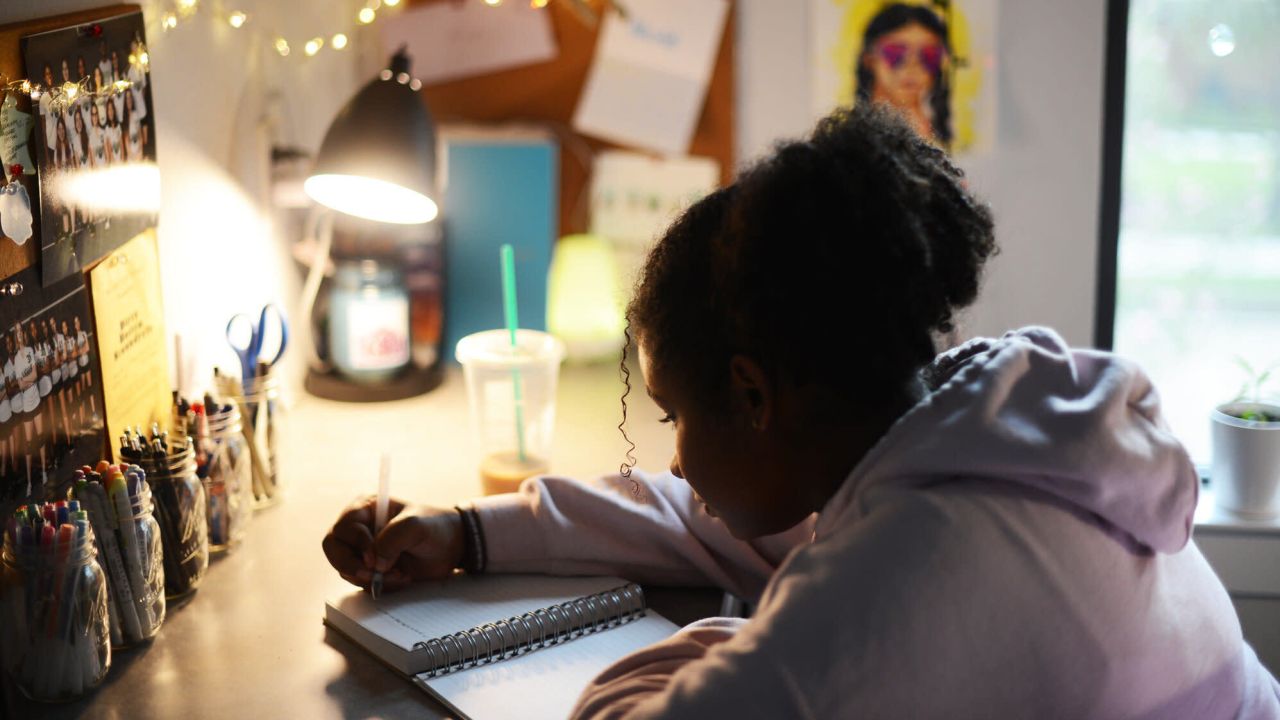 Amen to that. Something else I wanted your perspective on is related to a TEDx Talk you gave back in 2012 in which you delivered a beautiful message about looking for the light in others, and how we each have a special quality that makes us unique and beautiful in our own way. As you look back on that message, during a time of such incredible political upheaval in the U.S., I wonder what your thoughts are?

I do believe that at our very core, at the very core of our spirits or souls, that we are still all very beautiful. If I didn’t believe that, I’d just give up on life. I do also believe that people go through things that make them display ugliness, but our core — before the trauma and the indoctrination and whatever else that can soil that — is a beautiful thing.

I actually just recently wrote a post about the upcoming election, and one of the things I said was that part of what it means to love each other and part of what it means to continue to look for the light is to hold the people accountable who try to take away the light. That’s part of what taking care of each other means. And as far as an election, part of what that means is to vote for people who get us closer to the light. And even if those people don’t necessarily get us in the light, the entire process of democracy and the entire process of loving each other, means holding those people accountable once they’re elected to keep moving toward the light.

And yeah, there are going to be some people who display some really horrible, ugly things who will try to stand in our way — and you just keep moving. You can’t get disillusioned. You get disillusioned, they win. You give up, they win. You don’t vote, they win. We are called to keep doing that, to keep moving toward it. And honestly, even as it relates to the coronavirus and the hurricane and everything like that, that is the meaning of life for me: to keep moving individually and collectively toward light.

(Fittingly, Walrond’s new book, about the intersection of joy and activism, comes out next fall and is titled, “The Lightmaker’s Manifesto: How to Work for Change Without Losing Your Joy.” You can also follow her on her blog about making light.)

Editor’s Note: The full conversation with Walrond has been condensed and edited for flow and space.

If you have a suggestion for someone we should interview for a future “How I Parent” feature, email [email protected] with the subject line “How I Parent.”