Spotify rolled out its new “lyrics search” feature into all of its apps without fanfare, so you’re excused if you had no idea it even exists. (How many of us spend time typing out I would choke on the rinds, but the lack thereof would leave me empty inside into the search fields of our favourite music apps?)

But now if you do so within Spotify’s iOS, Android, or desktop apps, you’re search results will deliver the exact song those lyrics come from. (In this case, Eve 6’s ‘90s jam, “Inside Out.”) On your mobile apps, Spotify will even let you know that it performed a lyric search when listing out the matches it finds: 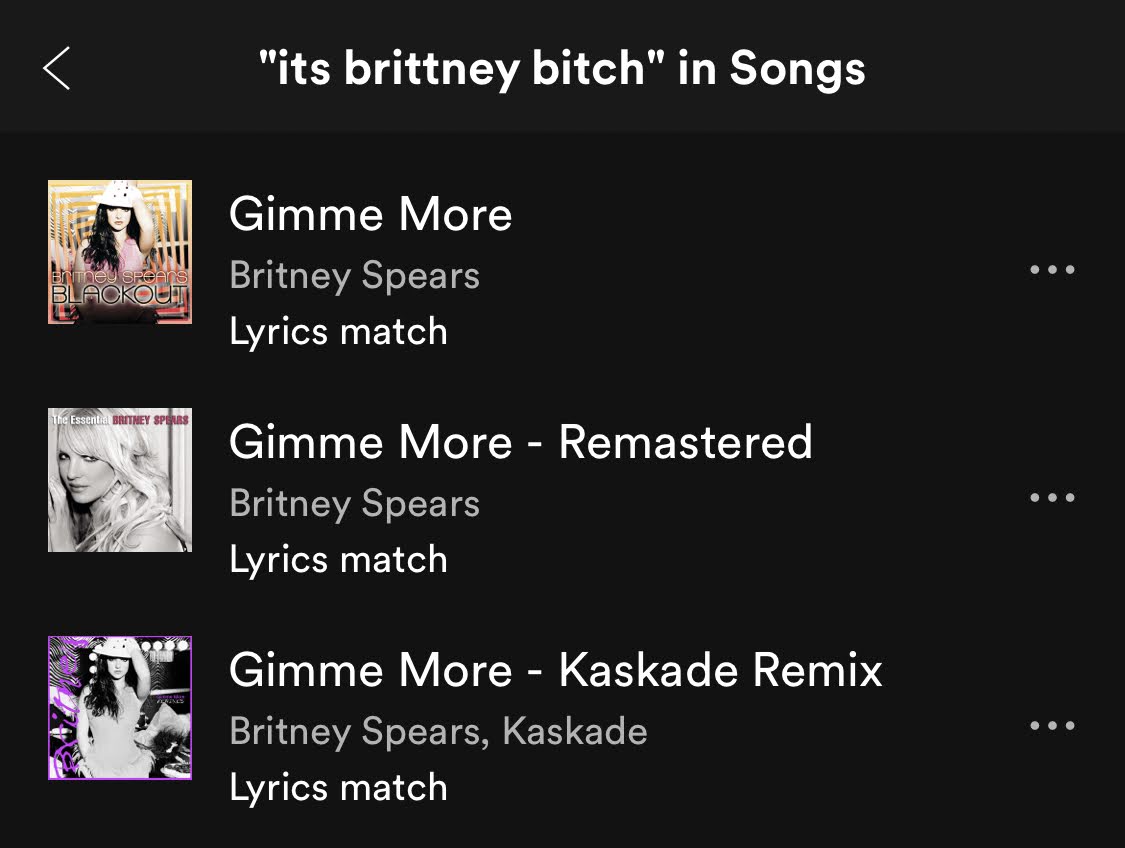 Spotify’s search feature is decent, but it’s not flawless. Like throwing your name in the hat at a karaoke bar after you’ve had a few, you can flub up your lyrics a little and everything will be fine. For example, if you thought Eve 6 was talking about choking “on the rhyne” — a drainage ditch — Spotify would still be able to figure out that you were referring to “Inside Out.” Mess up a seemingly less-critical word in the middle of a phrase, though, and Spotify might not be able to tell what you’re trying to sing softly to yourself: 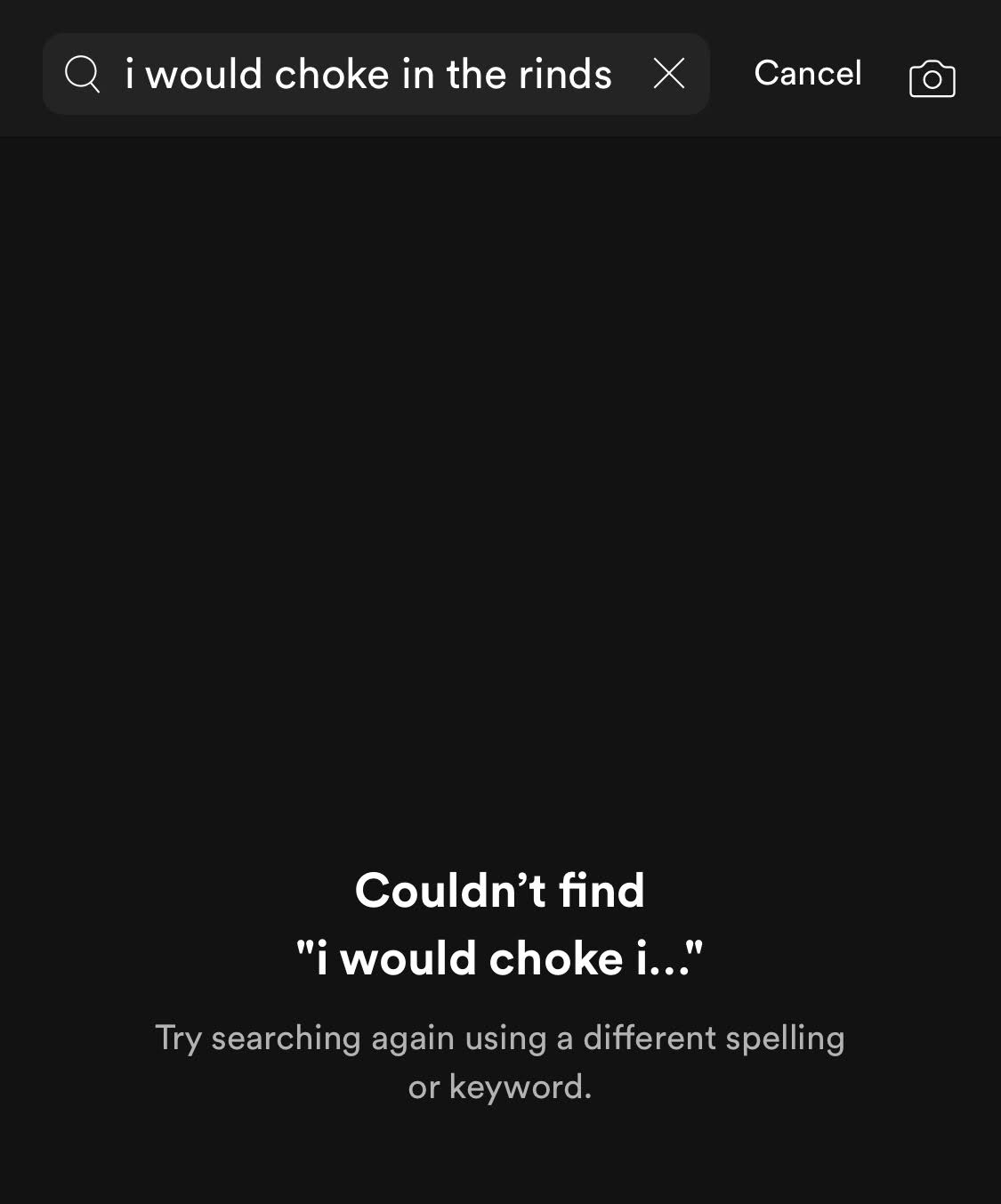 Google, this is not. And if you find you’re having trouble getting Spotify to identify songs by the lyrics you type in, it’s possible your jam is too deep a cut for even the sprawling music-streaming service to recognise. It’s also possible that you’ve been getting the lyrics wrong all this time.

If so, perhaps it’s best to revisit your favourite search engine for a helping hand — or turn to a different app or operating-system trick — naming that tune. It’s OK. I still have no idea what ‘NSync are singing in the chorus of “Bye Bye Bye.”