There’s really no reason to have Adobe Flash sitting around anymore. Nobody uses it, modern web browsers will rid themselves of it by the start of next year, and it’s been a perpetual thorn in the side of device security for years — even though, yes, it allowed us to have a lot of fun on Newgrounds back in the day.

It’s time to say goodbye. And you’re in luck, because Microsoft has a brand-new Windows Update — KB4577586, which you can then download via Microsoft’s update catalogue here — that will strip Adobe flash out of Windows 8.1 and Windows 10.

In fact, the hardest thing you’ll need to do is remember what version of Windows you’re using. You can check that by clicking on your Start button, typing in “System Information,” loading the app, and taking a look at the “System Type” lines:

After that, pull up your Start Menu again, type in “winver,” and hit Enter. You should see something like this: 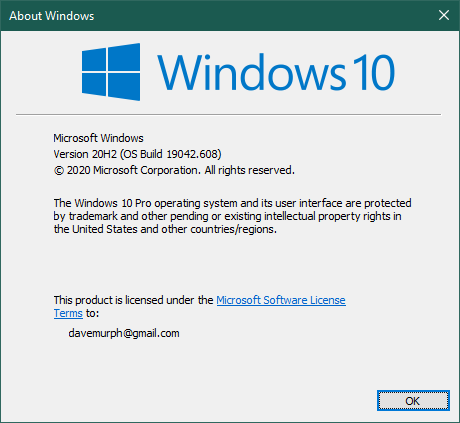 So, in my case, I know I’ll need the x64 (64-bit) version of the update for Windows version 20H2. However, that specific update doesn’t exist. On the second page of updates — yes, there are two pages, and you’ll flip to the second one using the “Next” link in the upper-right corner — there’s only an update for Windows 10 version 2004, otherwise known as Windows 10 20H1.

That’s what I’m using to ditch Flash on Windows 10. And it should be fine, since it’s an update for the most recent version of Windows 10 that’s available. Otherwise, you should make sure you’re picking a tool that aligns with your Windows 10 version whenever possible. 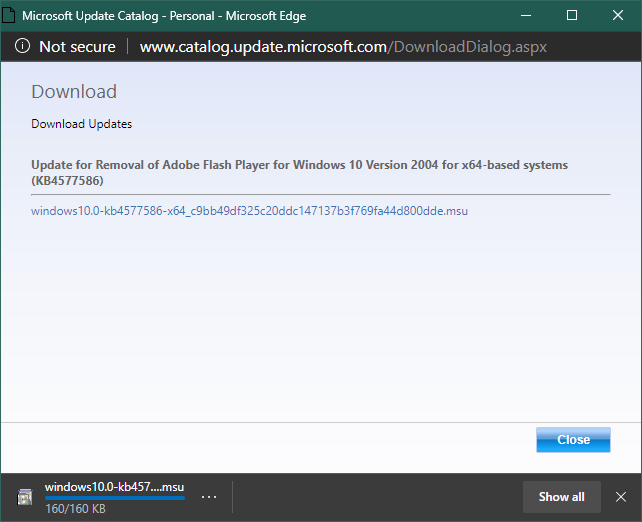 Click that link to actually start the download, which should take all of a second or so. You’ll then need to pull up the .MSU file you downloaded in File Explorer and run it. 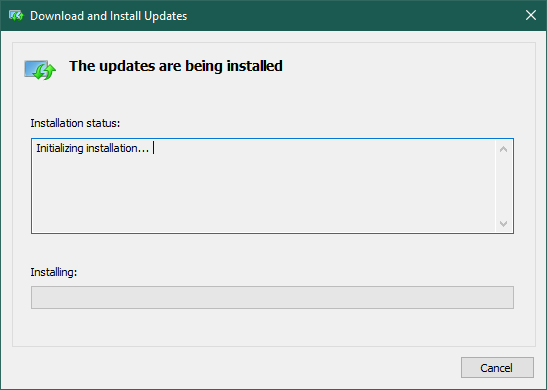 That, too, takes about ten seconds to finish. You won’t have to restart your PC afterwards or anything. Adobe Flash will be gone. It really couldn’t have been any easier — save for having this update offered as part of a standard Windows Update process, which will surely happen soon. This is just the early-bird version of the removal tool. Live on the edge.

As BleepingComputer notes, Microsoft’s update does not remove any version of Flash you’ve installed yourself. Grab Adobe’s uninstaller tool to ditch those.