One of life’s cruelties is not being able to order ice cream when you want ice cream. And that’s especially true if your local McDonald’s’ soft-serve machine always seems to be pasteurizing itself right when you want some — or perhaps even an ice cream sandwich.

Software engineers to the rescue. Rashiq Zahid debuted a web app today that uses McDonald’s ordering API — reverse-engineered, of course — to query every single McDonald’s in the United States. Assuming a store has correctly indicated that ice cream is unavailable and that its ice cream machine isn’t working, it’ll show up as a little red dot on the McBroken map: 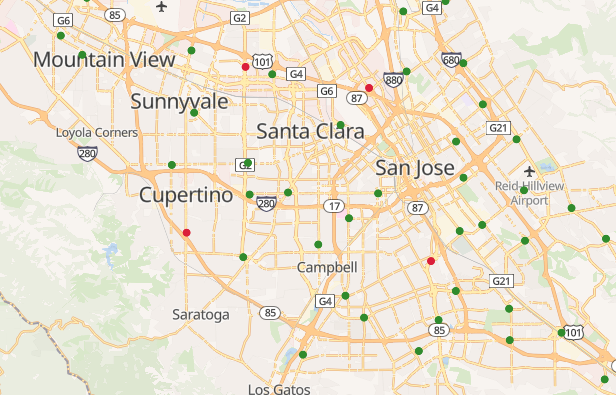 Hell, Zahid even built in a statistics box into McBroken so you can see how various cities compare for ice cream uptime. (Sorry, San Francisco.) 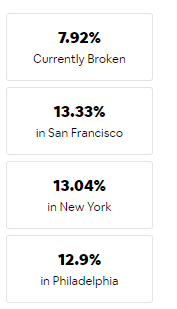 According to Zahid, his system works by queueing up nearly $US20,000 ($28,136) worth of orders each minute. Don’t worry; he’s not placing them and cancelling them over and over, so no McDonald’s worker has yet to dunk their head in the fryer as a result of Zahid’s shenanigans.

to clarify how this works: mcdonald's keeps track which locations have a broken machine, I'm merely querying for those – no order gets executed, no ice cream is actually wasted ????

A number of different users on Twitter and Product Hunt have tested out Zahid’s app by heading over to their local McDonald’s restaurants and seeing what they can order. For the most part, the app checks out. Of course, there will still be occasional instances where a “working” ice cream machine actually isn’t. Or, if you’re lucky, you might find that an offline ice cream machine has since been reincarnated and that McDonald’s simply forgot to note the change on their end.

Yes, this does check out with the assumption that the restaurant marks the product at the store level “unavailable” when the ice cream machine goes down & marks it “available” when the machine comes back online. I saw one down I was unaware of & got it fixed

As for how long this little tool will exist before McDonald’s gets wind of it and breaks its functionality, well, I’d place my ice cream order sooner than later.

Real talk: McDonald’s should just implement this kind of a feature nationwide. Given how many freakin’ McDonald’s restaurants there are in any given area, wouldn’t it be great to know that you can get exactly what you want to order before you get there — assuming you aren’t placing a mobile order in advance. This seems like a no-brainer addition to the McDonald’s app or website.

And if you DGAF about McDonald’s or ice cream, there’s even an interesting sociological commentary to be made from Zahid’s mashup: