Many people have been shocked to find that I am a prolific maker and consumer of salads. This makes sense, as the persona I put out into the world is somewhat gin-soaked and bacon greased, and waffling Honey Buns and leftover pizza doesn’t help. But I do love a good salad, especially if they contain a large amount of corn, blue cheese, or radicchio.

My love for radicchio doesn’t make sense at first blush. It’s a sturdy — almost rubbery — very bitter leaf, but that structure and bitterness is what makes it so fantastic in a salad situation. Unlike baby greens or mild-mannered iceberg, radicchio continuously asserts itself, undaunted by large amounts of salt, acid, fat, or heat. (Also, if you take my obsession with bitter amari to its logical conclusion, my affection for this purple leaf makes a ton of sense.)

Radicchio’s sturdy nature also makes it a great candidate for grilling or — in our case — waffling. Grilled salads get a fluctuating amount of love, and a lot of people are put off by the idea of hot lettuce, but I’ve found a little char or caramelization can add a nice dimension to a salad, and you don’t have to serve it hot. (I usually let the lettuce cool to room temp before dressing it.) Waffled radicchio isn’t quite charred, but it is wilted, slightly caramelised, and a little less bitter than it is in its raw form. 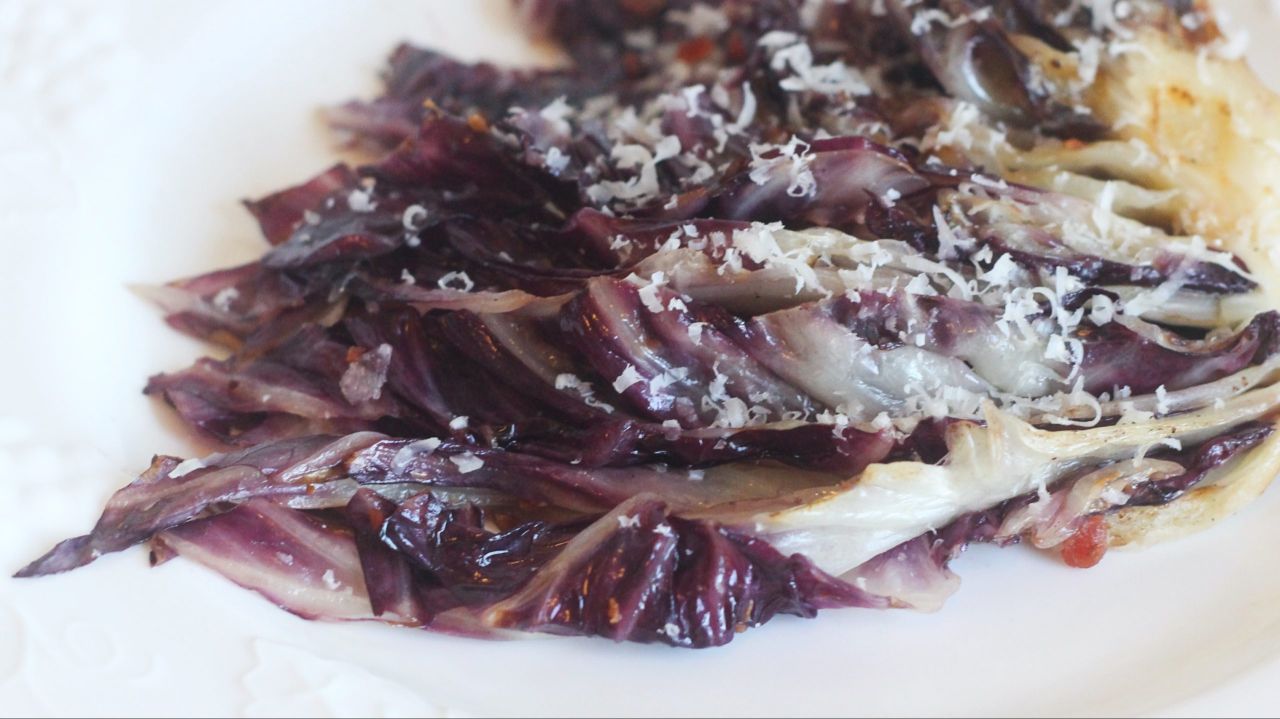 But even a very hot waffle iron can’t render radicchio meek and mild. It still holds it own against other strong flavours. Waffled radicchio makes an excellent vegetable-forward side for grilled, braised, or roasted meats, but it’s also very good with a poached or fried egg on top.

To waffle radicchio, all you have to do is slice it into thin wedges (about 2cm), keeping the leaves attached to the core. Brush both sides with some olive oil, and waffle it in waffle iron set to medium-high heat until it is soft and dark in colour, and caramelised in spots. Finish your waffled leaf with a super zippy vinaigrette, or some lemon and honey (or maple syrup), then sprinkle on some cheese and bacon if you are so inclined. Really pile on the flavour; even in its somewhat weakened, waffled form, radicchio can take it.