Come With Me on a Journey Through My Packet Drawer

Aside from a modest amount of taxidermy, I’m not really a big collector of things. I do, however, hoard certain consumables, including salt and sauce packets. I’ve already told you all about my salts, so let’s discuss the sauce.

The packets are kept in the packet drawer in my kitchen, arranged in neat little rows for easy access. Some of the packets are hoarded for obvious reasons, but I have other, more complicated motivations for stocking up on the others. Come with on a journey through my packet drawer, and behold its many wonders.

9 Salts That Make Me Very Happy

I really love salt. As a child, I would often get jealous of the cows and their summertime salt licks; as an adult, I have been known to eat large flakes of Maldon like tiny little chips (this is called “snack salt”). All salt is technically sodium chloride, but additives,... 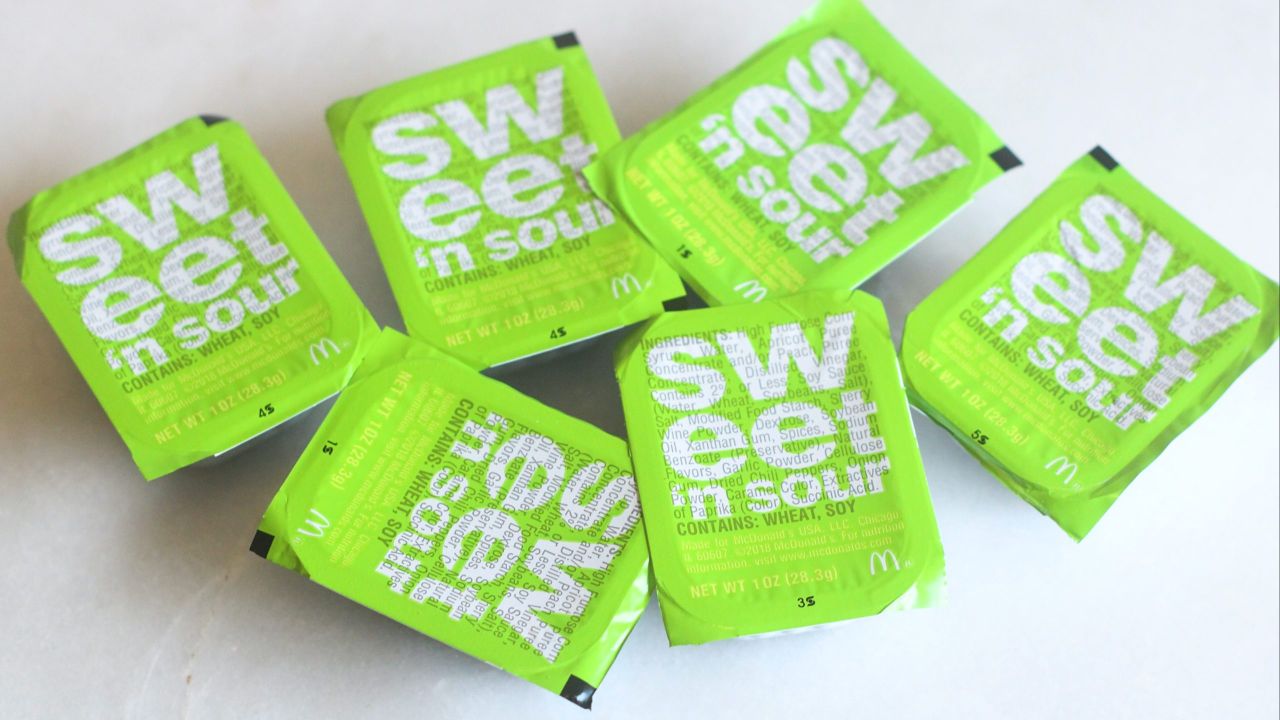 Though designed for chicken nuggets, this sweet and sour is an even better match for fries. The apricot and peach-based sauce offers the perfect balance of syrupy and tangy flavours, making it a brilliant foil for super salty foods. I always ask for extra when I make a trip to the Golden Arches, and I break ‘em out whenever I make fries at home. 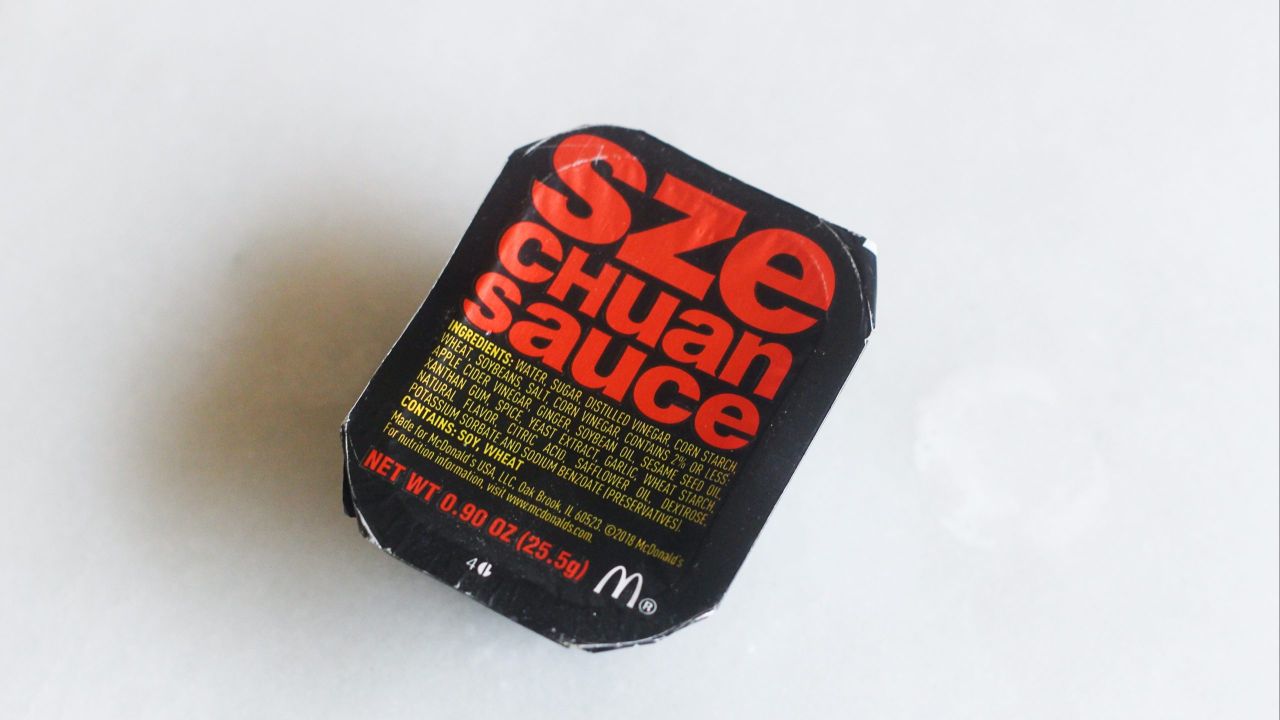 I hate Rick and Morty (iT’s tHE FaNs), so hoarding a tub of the discontinued “Mulan sauce” that caused the Sauce Riots of 2018 gives me immense pleasure. I will never consume it — though I might sell it if the price is right. (This dupe tastes better anyway.)

A Small Variety of Ranch 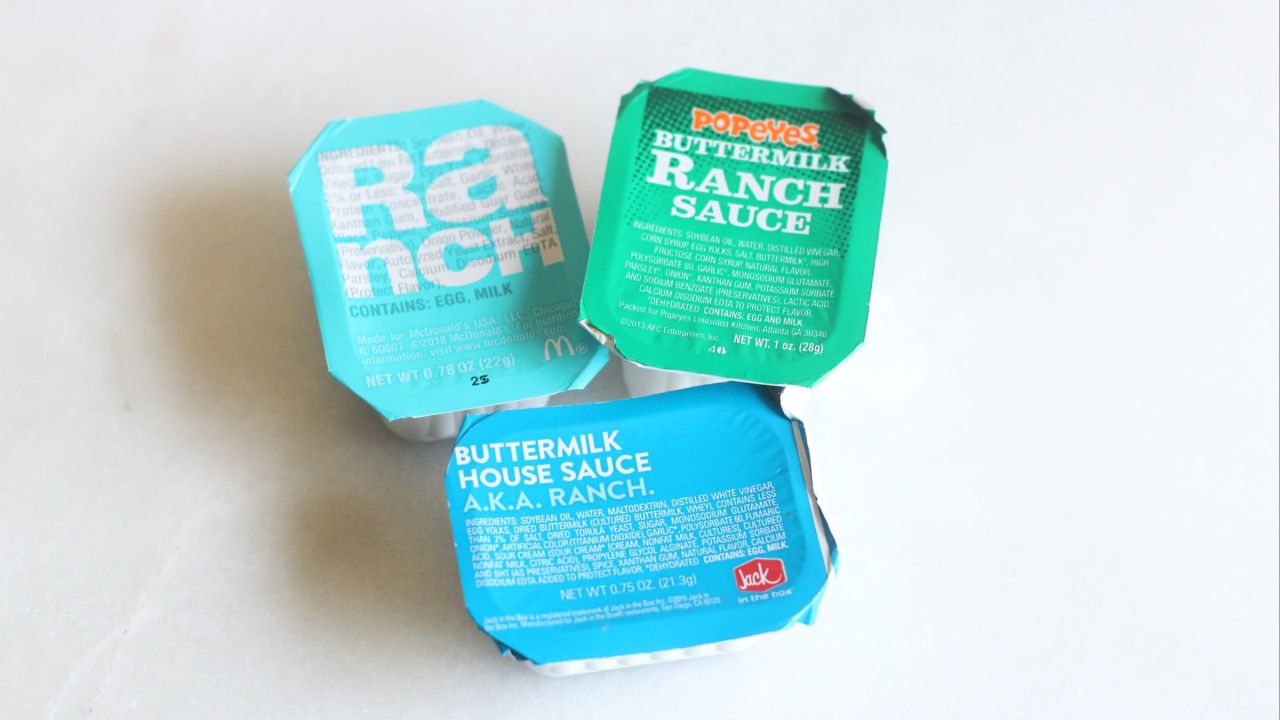 These are for curly fries and the occasional emergency iceberg salad (with bacon bits and cheddar cheese) craving. The Jack in the Box Buttermilk House Sauce is best suited for these purposes, but the other two will do in a pinch (the McDonald’s ranch is my least favourite). I also keep these around in case I need a small amount of ranch dressing for blog photos, which happens more often than you would think. 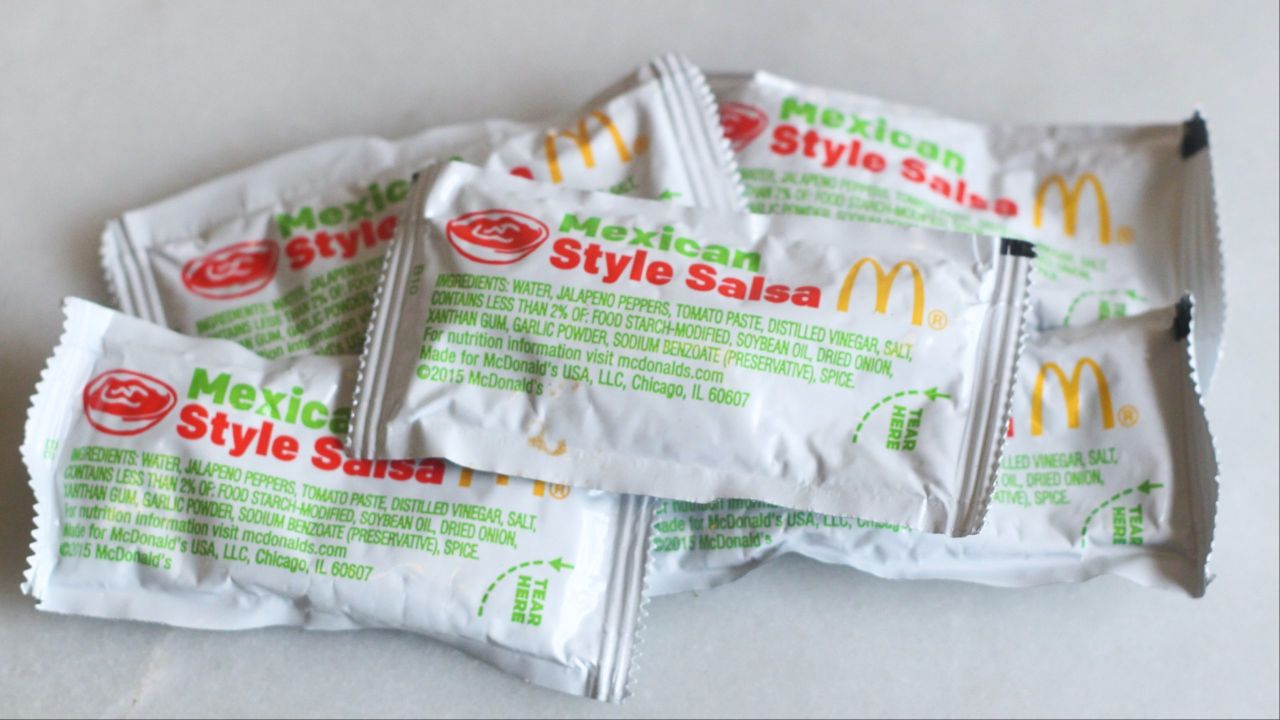 Only good for one thing (Photo: Claire Lower)

The contents of these packets barely counts as salsa, but it is absolutely superb on any sort of greasy breakfast sandwich or taco that involves American cheese. That’s truly all they’re good for. 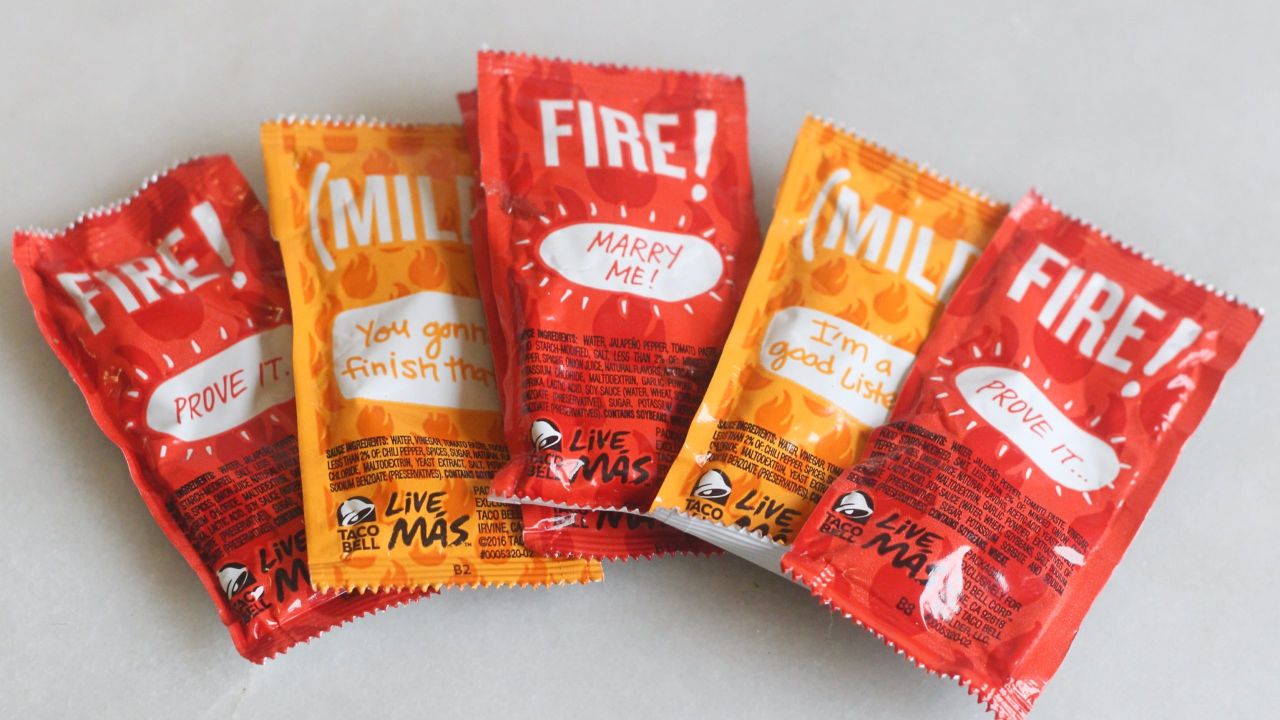 I used to have more of these, because I used to eat Taco Bell much more frequently. Honestly, I wish these were all FIRE! because FIRE! is the best Taco Bell sauce. In addition to using them while consuming Taco Bell products — the foodstuffs upon which these sauces are engineered to be enjoyed — I like to put these little guys to use making Taco Bell salt.

A Single Jack in the Box Taco Sauce Packet 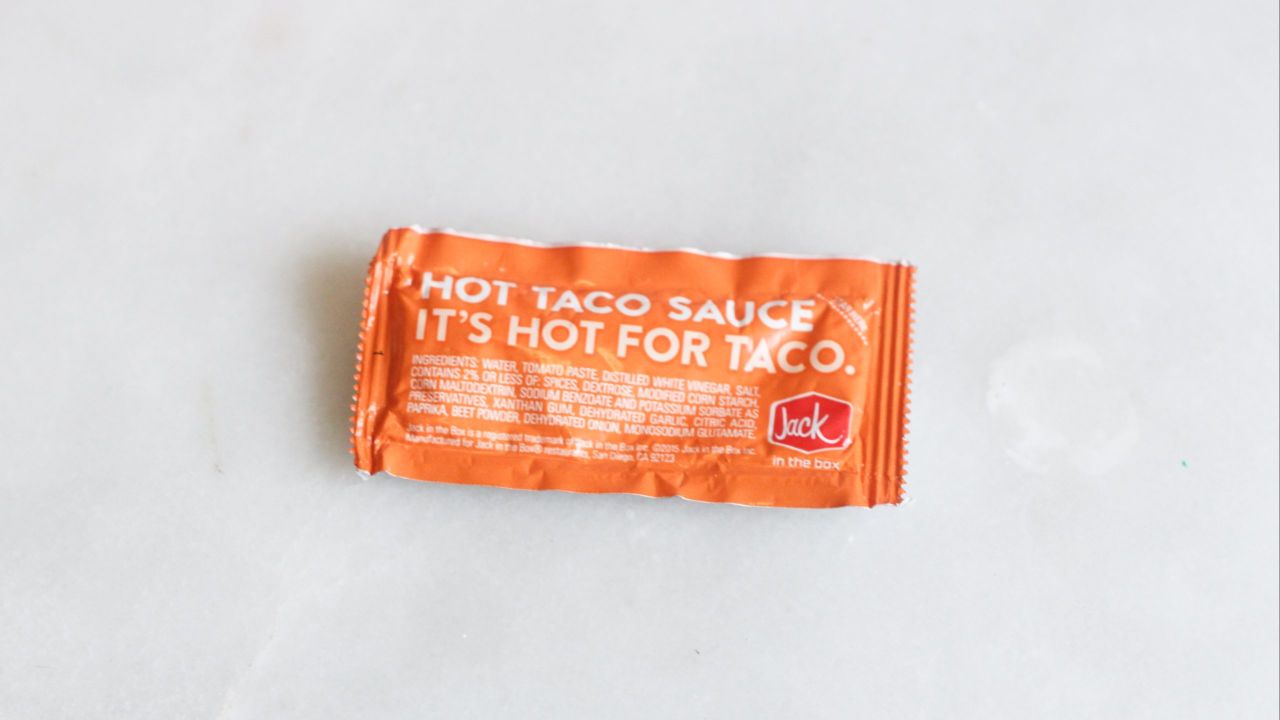 I don’t remember what this sauce tastes like, but I do remember that I did not like the Jack in the Box taco I covered with a similar sauce packet that one time. This packet serves as a little visual aide/memoire, ensuring I don’t make that mistake again. 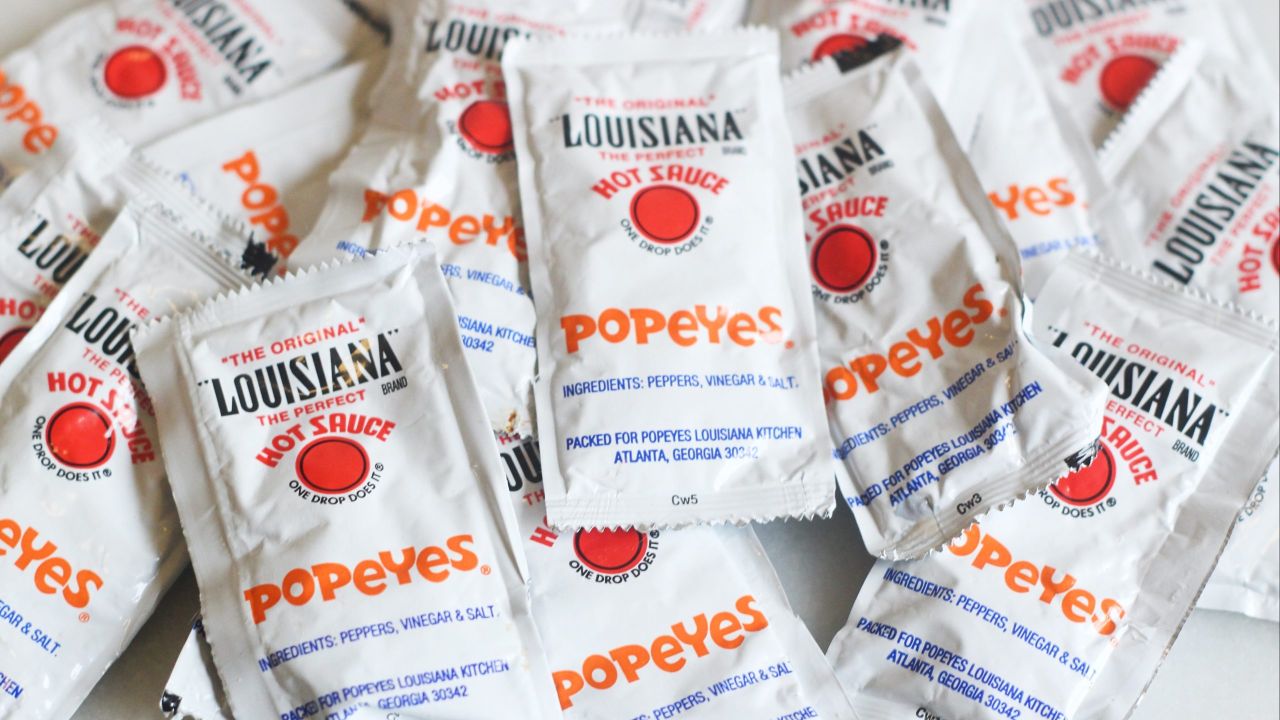 I am trash for vinegary, straightforward Louisiana hot sauce, and these little packets are perfect for tossing in a bag or lunchbox so that you are never without. (I haven’t thrown anything in a bag in the past six months, but I’m sure I’ll get to venture out again some day! I have to believe that!)

Foods That Are Unexpectedly Improved by a Little Hot Sauce

It would be unfair to suggest that there are things that aren’t improved by a little hot sauce, but there are definitely foods to which it is more typically applied. But if, like me, you are looking to broaden your mind and add hot sauce to even more things, I... 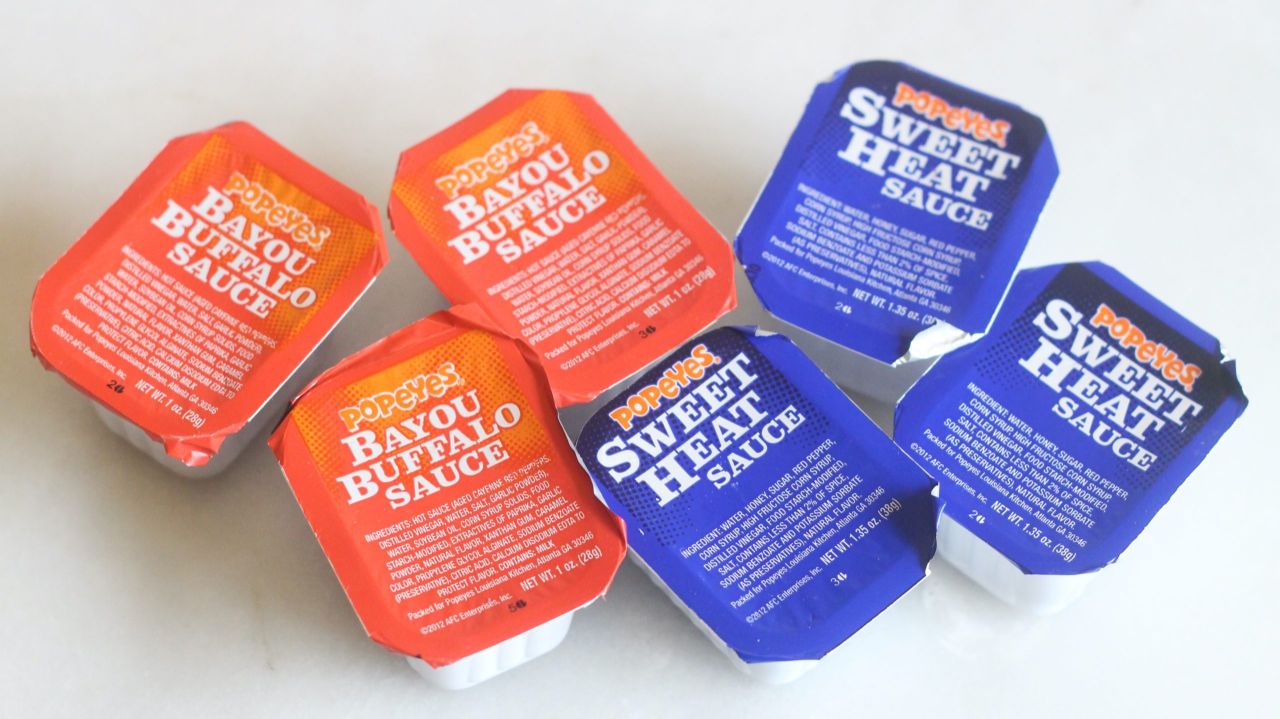 On their own, neither of these sauces is very remarkable. The Bayou Buffalo is a bit too smoky and acidic; the Sweet Heat is too sweet. But combine them, and you have a super balanced dipping sauce that hits all the necessary flavour spots. It’s obviously fantastic on any sort of fried chicken, but — if you hoard enough of these little tubs — you can use this delightful hybrid to coat a batch of wings. 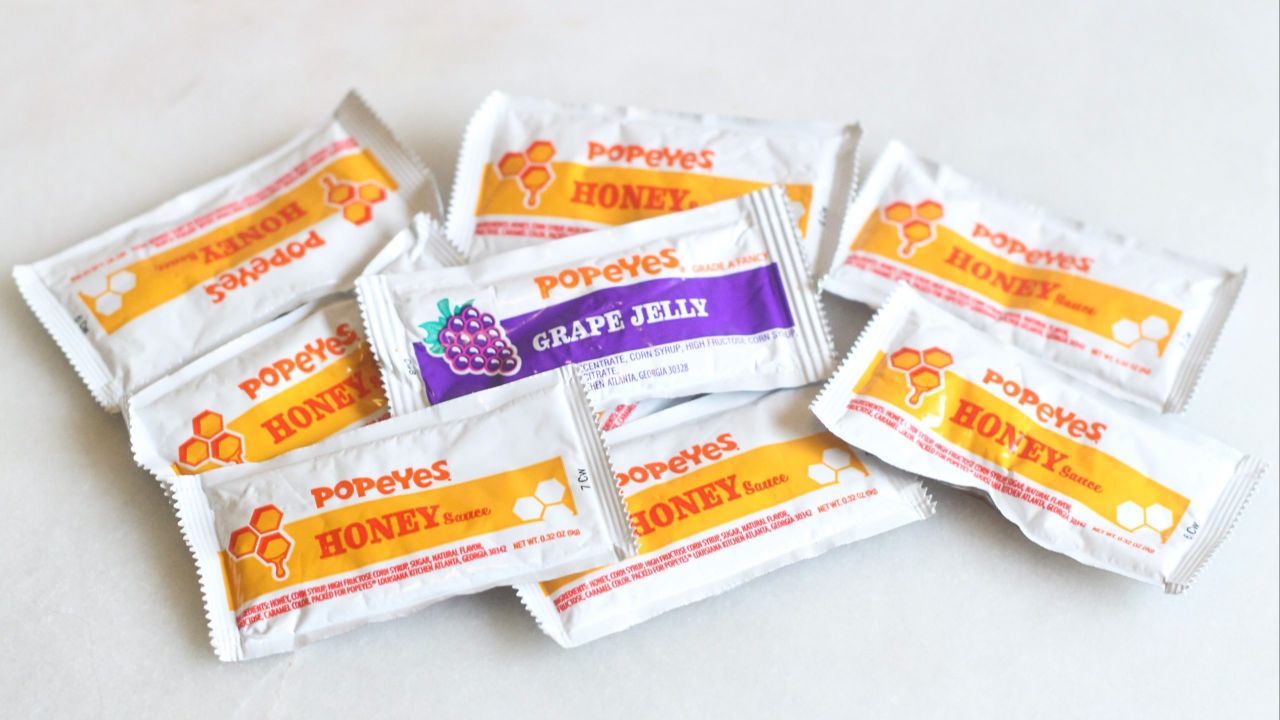 Popeyes’ jellies are extremely good on their biscuits and chicken, and I don’t really use them for other than their intended purpose. But the honey sauce — that gets a little more play. For one thing, it’s not true honey, but a mixture of honey, corn syrup, and some other stuff. I’ve found it dissolves in liquids a little more readily than actual honey, which makes it a great candidate for cocktails that call for honey syrup (such as this one and this one).

Happy weekend, and welcome back to 3-Ingredient Happy Hour, the weekly drink column featuring super simple yet delicious libations. This week I want to talk about a sweet and sour, classic cocktail that’s perfect for refined patio sipping: the Bee’s Knees. 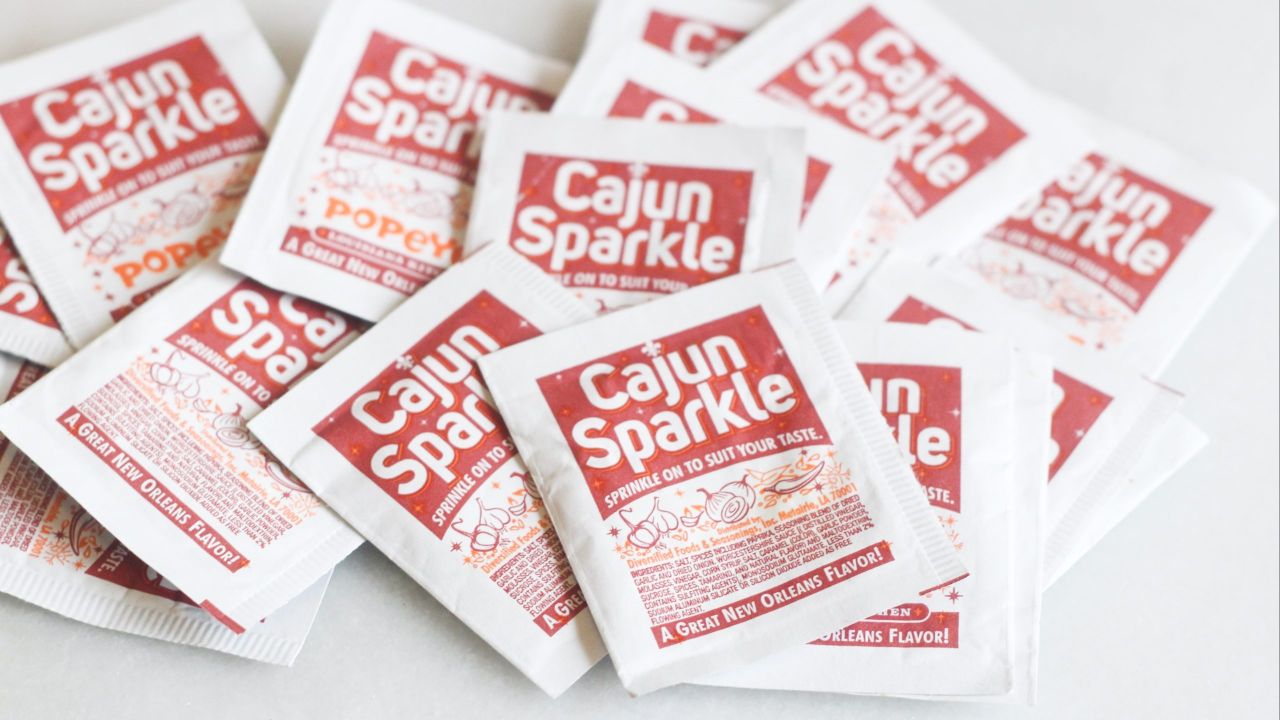 I love this Cajun seasoning for its inclusion of tamarind, which gives it a nice sour-sweet character not usually found within this genre of spice. If you have enough, you can use it in gumbo, or you can sprinkle it on any kind of potato (fried, roasted, and mashed being my favourites). 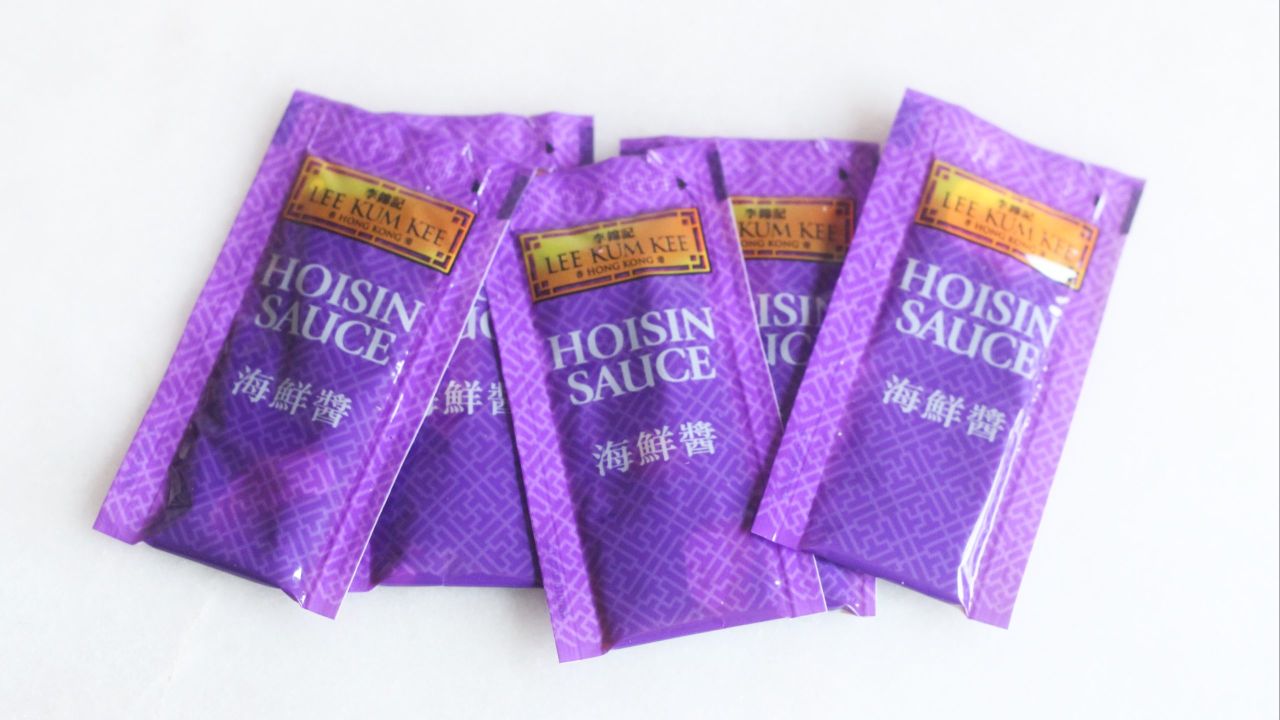 I don’t remember where exactly these packets came from, but I’m glad they’re here! I don’t really have any unusual uses for hoisin sauce — the “normal” applications are great — but I think it works especially well as a BBQ sauce, particularly when you’re dealing with barbecued pork. 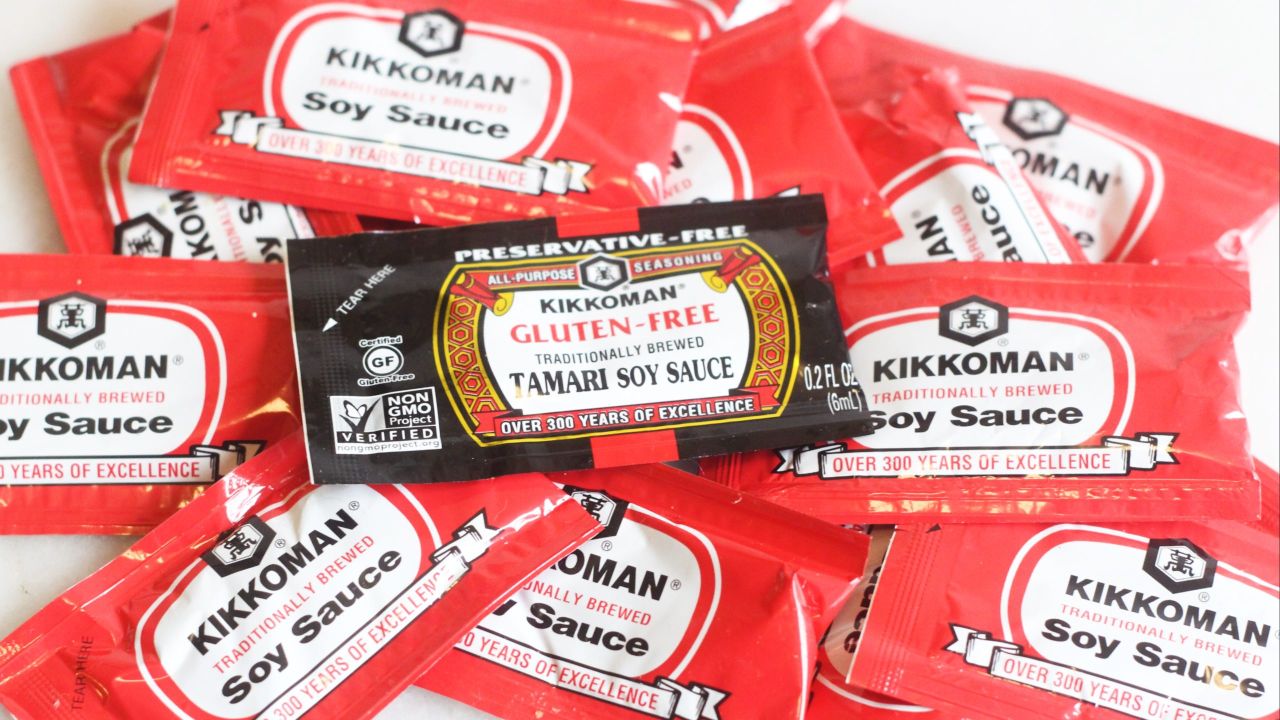 I eat a lot of grocery store sushi because it’s filling, never generates any dishes to wash, and doesn’t weigh me down during midday recipe development sessions. I almost always have a bottle of soy sauce in my fridge, however, so I save these packets for Soy Sauce Emergencies, or use them to top off my ginger and allium scrap infusion. 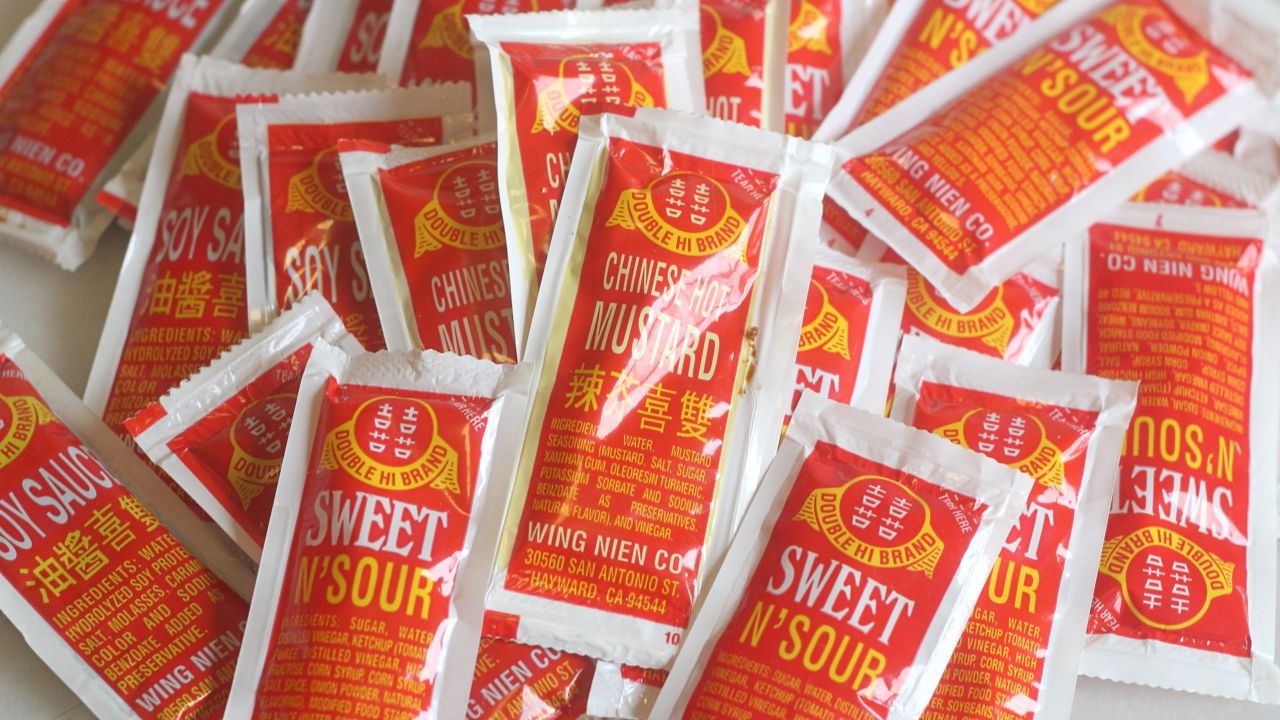 Unlike the soy sauce that comes with sushi, the contents of these takeout packets isn’t truly what it claims to be, but that doesn’t mean they are without value. Like the Popeyes sauces above, this aggressively salty approximation works best when combined with its cousins: Mix Chinese Hot Mustard and Sweet N’ Sour to make an extremely bomb, perfectly balanced dumpling dipping sauce. 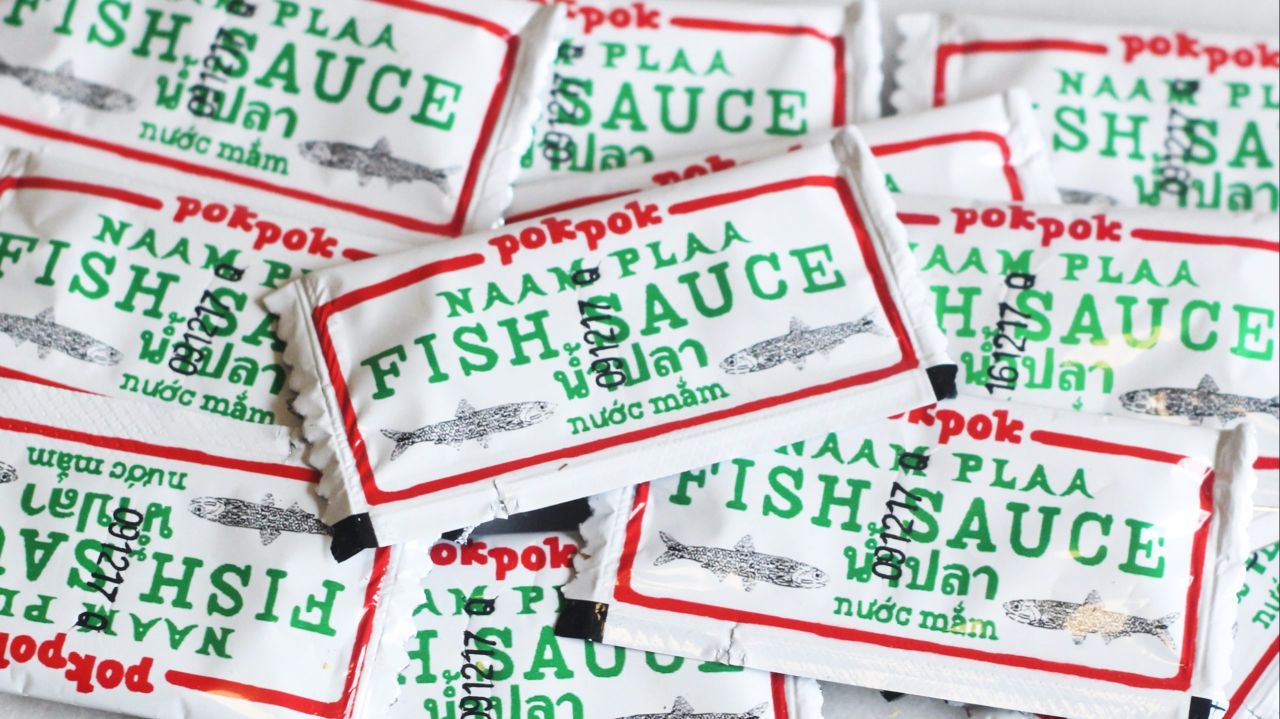 According to the numbers on these little packets, this fish sauce may technically be “expired,” but fish sauce doesn’t strike me as something that spoils. I don’t know where Pok Pok sources this stuff, but it is very strong and very fermented, which is what you want in a fish sauce. I also like the branding. A single packet is the perfect amount for perking up a bland red sauce. 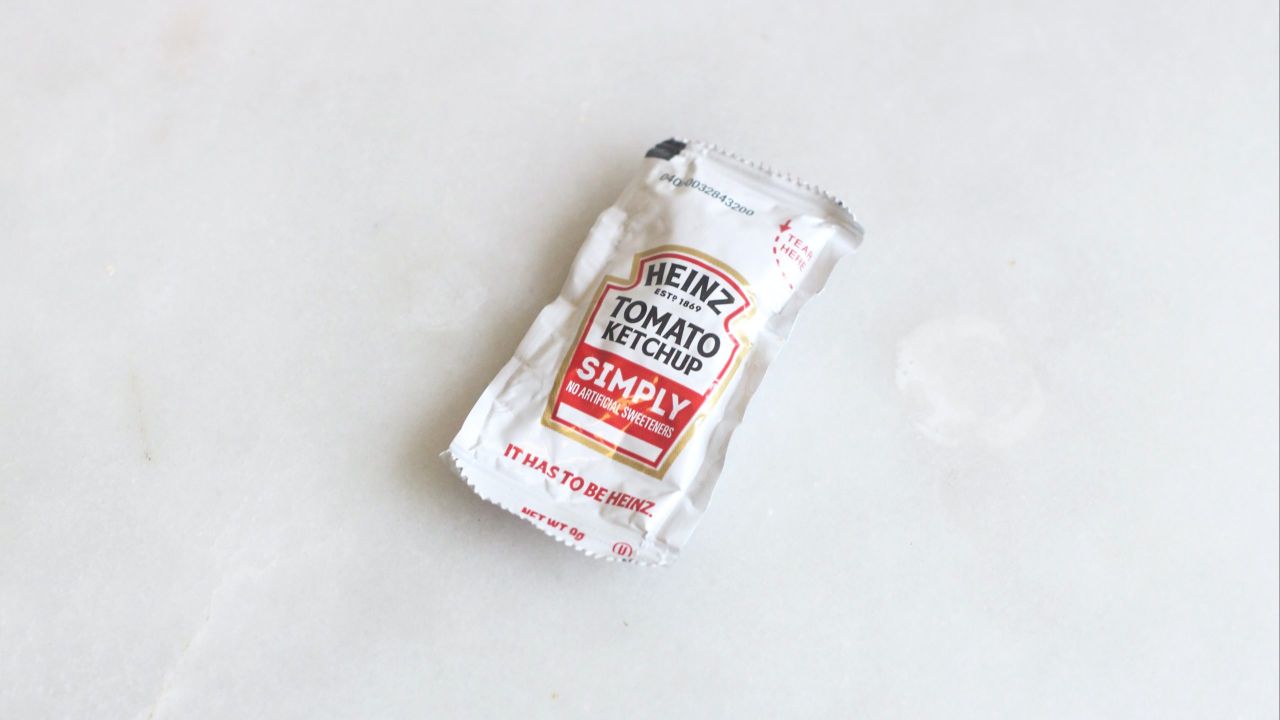 I keep my house stocked with ketchup by purchasing large, 5 kg pump bottles of Heinz at the restaurant supply store. I rarely use it, but my boyfriend is a more enthusiastic consumer, and I was tired of running out. This little packet — which came attached to another bottle of Heinz as a “sample” — is for true Ketchup Emergencies. I have gotten far too complacent with the state of our ketchup supply, and I know I will run out one day, leaving my home in a state of turmoil. In that moment, it will be this little guy’s time to shine. (It might also start to puff up before then, at which point I will throw it away.)