How to Make the Most of Facebook’s New Redesign

Old Facebook is going away; long live New Facebook, a redesign that will soon become permanent. Facebook has been taking to, well, Facebook, to warn its users that the old-school look will disappear in September. And unlike the current test of “New Facebook,” there will be no way to switch back if you’re not a fan.

So, let’s make New Facebook work for you — and I promise to stop calling it that if you promise to stop saying “DelEte FacEBooK!1!1!,” followed by your favourite expletive, in the comments. We get it. You’re allowed to hate any service you want, and others are free to use it for whatever reasons they want, too. OK?

The new sidebars are… something.

Do me a favour: Just don’t click on the “See More” icon on Facebook’s left-most primary sidebar, because it’s going to blow up and show you way, way more options than you’ll every likely use on the service. I mean, look at this:

However, if you’re trying to find anything on Facebook that you swear once existed and you’re now not sure where it is, it’s probably somewhere in this sprawling, non-alphabetized sidebar.

I’m not sure if this will change come September, but some of the sidebar elements link to sections of Facebook that don’t feel like they’re modernised for Facebook’s new design: This can’t be right, right? That’s the Old Facebook design. 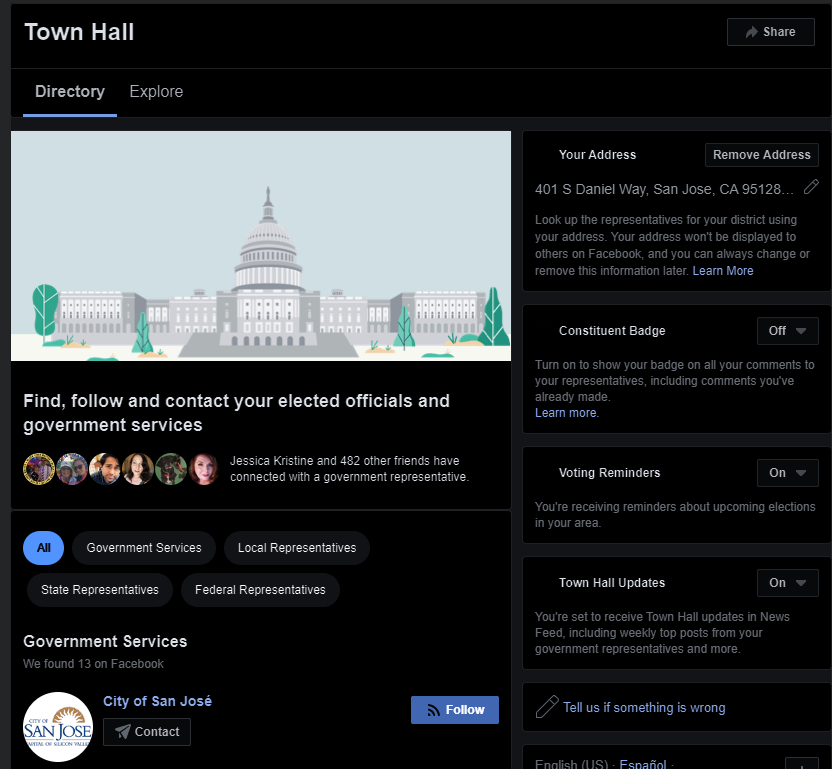 I’m hoping Facebook is taking the next month or so to go through its various sections and update them all to the new design. It’s possible this won’t happen fully, however, so expect to see some pages that don’t quite look right. Similarly, while Facebook should carry over the same settings as before, there might be instances — especially if you’re a group admin — where settings you previously used simply aren’t there. Right now, Facebook’s advice has been to switch back to the classic design to use them; here’s hoping they reappear once we’re all mandated to use the newer version.

Your Shortcuts are your friend

One way to help bypass a bit of Facebook’s clutter is to make ample use of its new “Your Shortcuts” section, the bottom portion of its left sidebar. All of the links you see here are generated for you based on Facebook’s understanding of what groups, pages, and games you’re most likely to visit. Hover your mouse over “Your Shortcuts” and click on “Edit,” and you’ll be able to pin whatever you want to the top of this list: 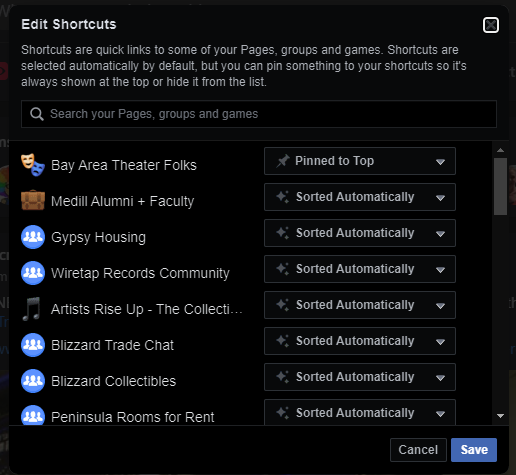 What about Facebook’s right-hand “chat” sidebar?

Remember how you could completely hide the right-most sidebar that shows you all of your online Facebook friends and active group conversations? As of when we wrote this article, that option no longer exists in Facebook’s new redesign. The right sidebar is here to stay — and comes with ads on the top, of course.

The best you’ll be able to do to reduce its clutter is to click on the triple-dot icon to the right of “Contacts” and turn off “Show Contacts.” And if you want to go full silence, you can also use the “Turn off Active Status” option to prevent people from ever seeing you’re online. They’ll still be able to bother you if they message you out of the blue, but this should hopefully discourage them. 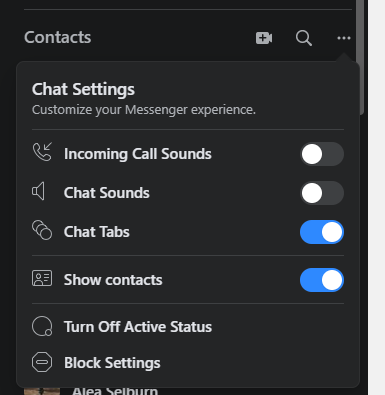 What the hell are these new top nav icons?

In the Facebook redesign, you’ll now see a top navigation bar that has five key icons on it.

The first, and most obvious, represents your News Feed. It’s where you’ll default whenever you load good ol’ Facebook dot com (and what you can get chronologically with this little hack). The second icon takes you Facebook’s “Watch” section for all things video. The third represents Facebook Marketplace — buying and selling stuff. The fourth is a landing page for all of your Facebook groups, and the fifth is for Facebook Gaming.

I confess, I’ve never really clicked out of the Facebook News Feed, but that’s just me. If you’re big into these other sections of Facebook, here’s where you’ll find them.

One thing I do like about Facebook’s redesign is the gigantic “plus” icon in the upper-right corner. Click it, and you’ll be given a list of quick shortcuts you can use to create all kinds of new content, pages, and groups around the site — including Marketplace listings and events. It’s a lot more convenient than having to find and pull up, say, Facebook’s Event page, and then find the navigational element to create a new event, and… 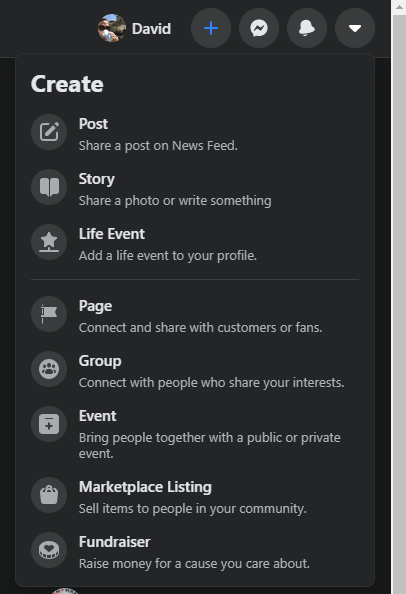 Another added benefit of Facebook’s redesign is that its new dark mode is now a very obvious and easy-to-access setting. Click on the drop-down arrow in the upper-right corner of Facebook’s page, and you’ll see a you-can’t-miss-it setting to enable the spookier appearance. 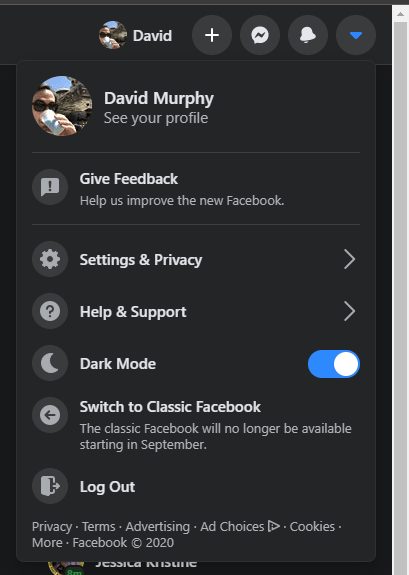 What about… Facebook’s settings?

Here’s the good news; nothing seems to have really changed with the layout of Facebook’s settings. At least, the two versions of your Settings page look pretty similar: 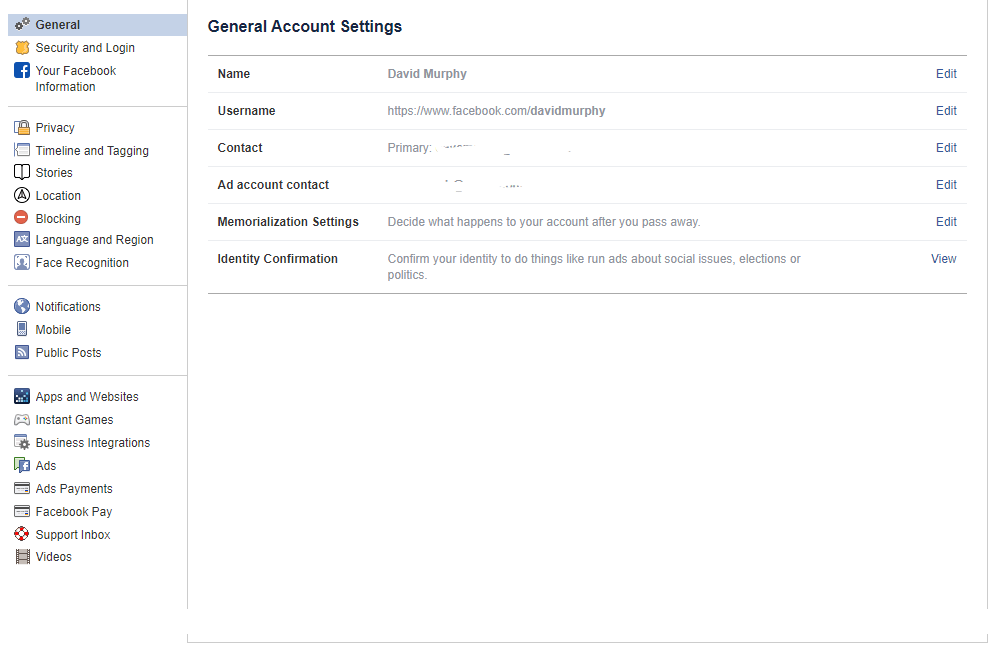 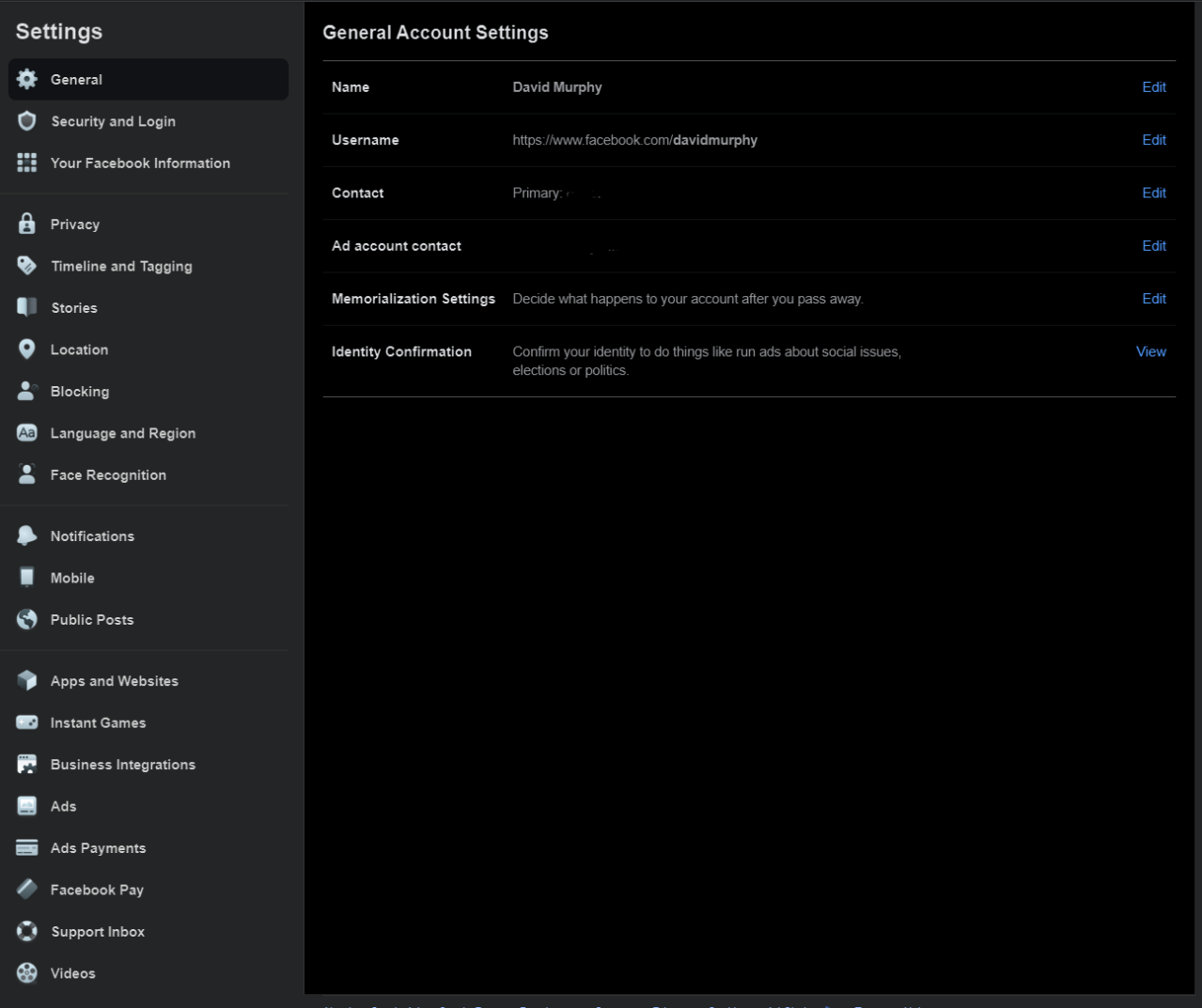 There aren’t any new settings you can use to change the look and feel of the Facebook redesign anymore. At least, I haven’t found anything that completely blows my mind — and didn’t already exist. We’ve talked about all the general Facebook settings you need to know already, so I won’t regurgitate those now.

However, I did want to call your attention to one helpful little update that you’ll find in the Facebook redesign. Click on the drop-down arrow in the upper-right corner of Facebook again, and click on “Settings & Privacy,” which you probably already did if you wanted to check out the main Settings screen firsthand. In the drop-down menu, you’ll see a few new shortcuts: 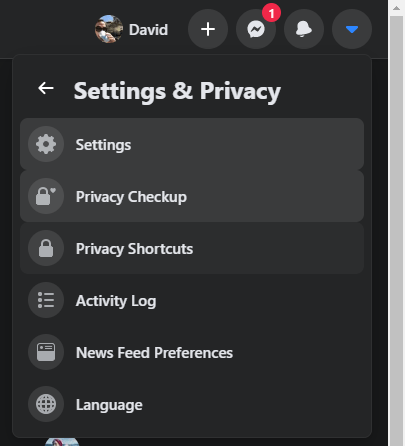 I recommend exploring Privacy Checkup fairly regularly, as it gives you a simple way to confirm your various privacy and security settings and quickly adjust them, if you want to lock down your Facebook account even more or limit how others can interact with you on it. 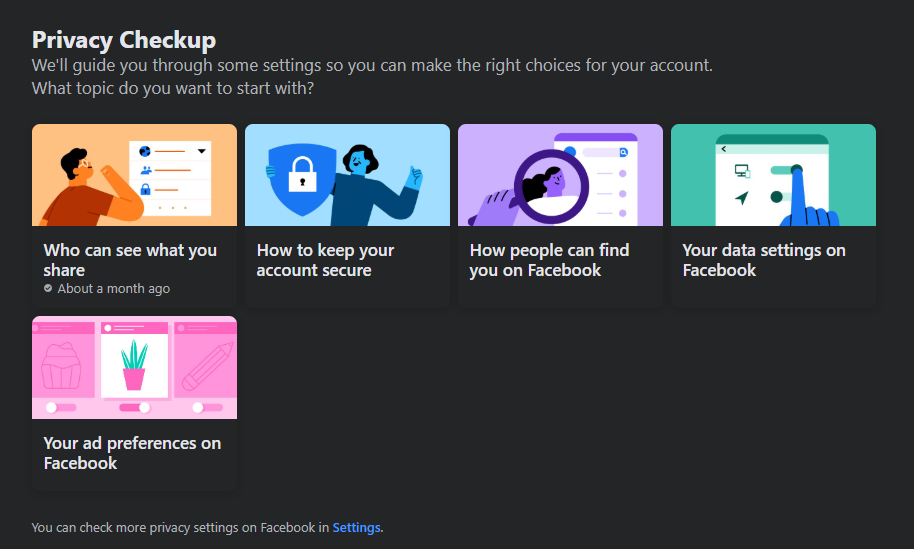 The Privacy Shortcuts section takes you to an expanded list of options that you might not have noticed in a cursory trip through Facebook’s general settings. This includes the ever-important “Ad Preferences,” which allow you to limit how your data is shared — as best you can, at least — across the many apps, services, and companies that interact with Facebook. It’ll be annoying to go through the many different options on this screen, but I’d say it’s an essential part of the Facebook experience.

Finally, the ever-important News Feed Preferences are absolutely worth exploring if you want even the slightest bit of curation in what you see on Facebook. This is where you can prioritise certain people or groups in your feed, unfollowing annoying Facebook accounts that you can’t bear to defriend, and give people you’ve unfollowed a second chance. And, of course, you can manage my favourite Facebook feature — the mighty snooze. Take people out of their temporary penalty box or add more time if you’re not convinced they’re going to be any less annoying when their 30 days of silence has elapsed. 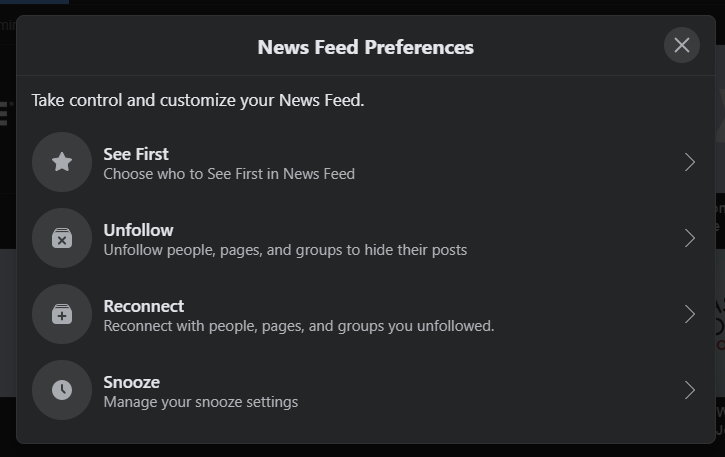