15 Food Hacks I Use Constantly

I don’t know that I could ever pick my favourite food hack, because I think most of things published on Lifehacker are very good. But I can share the ones I use the most — and the recipes, tips and tricks I’m currently obsessed with. 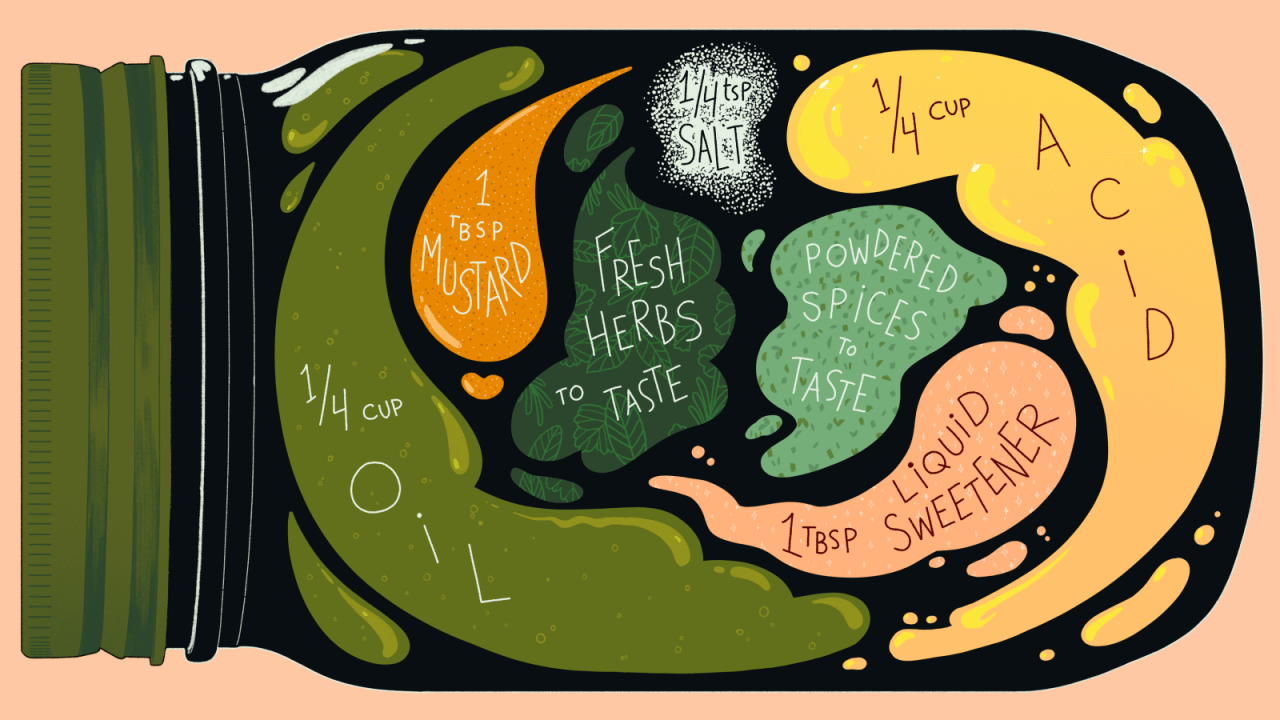 I recently took the time to actually figure out the proportions of my ideal vinaigrette (rather than eyeballing and doing everything “to taste”), and this small amount of measuring has honestly made my life easier. But even if I do decide to “wing it” the next time I need to whip up a dressing, I will never mix it using anything other than a mason jar (or old jam jar), which is the perfect tool for the job. 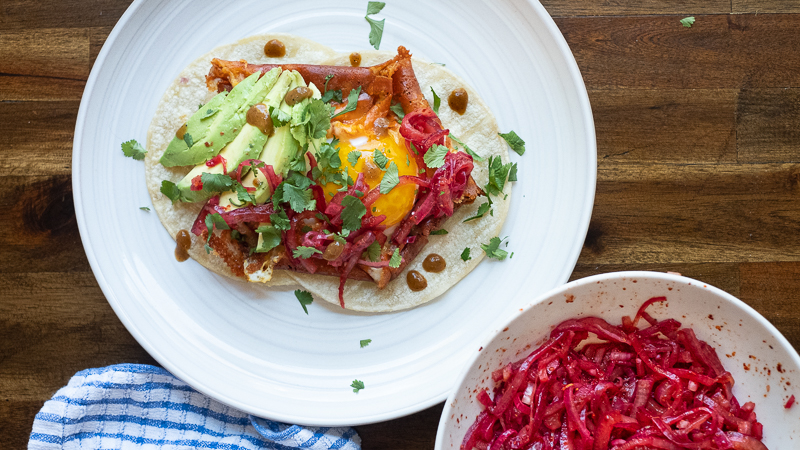 Letting A.A. Newton write for Skillet is itself a hack. I use a ton of her recipes quite often, but her Tajín pickles and her two-ingredient seasoned rice vinegar pickles were straight-up game changers in this pickle-loving household. Both are super quick, work on pretty much any vegetable and require no measuring, heating or canning.

While I respect people who crave complete control over their seasonings, I embrace the shortcut lifestyle that pre-seasoned ingredients afford me. Unsurprisingly, this includes seasoned rice vinegar, one of my favourite pantry secret weapons. 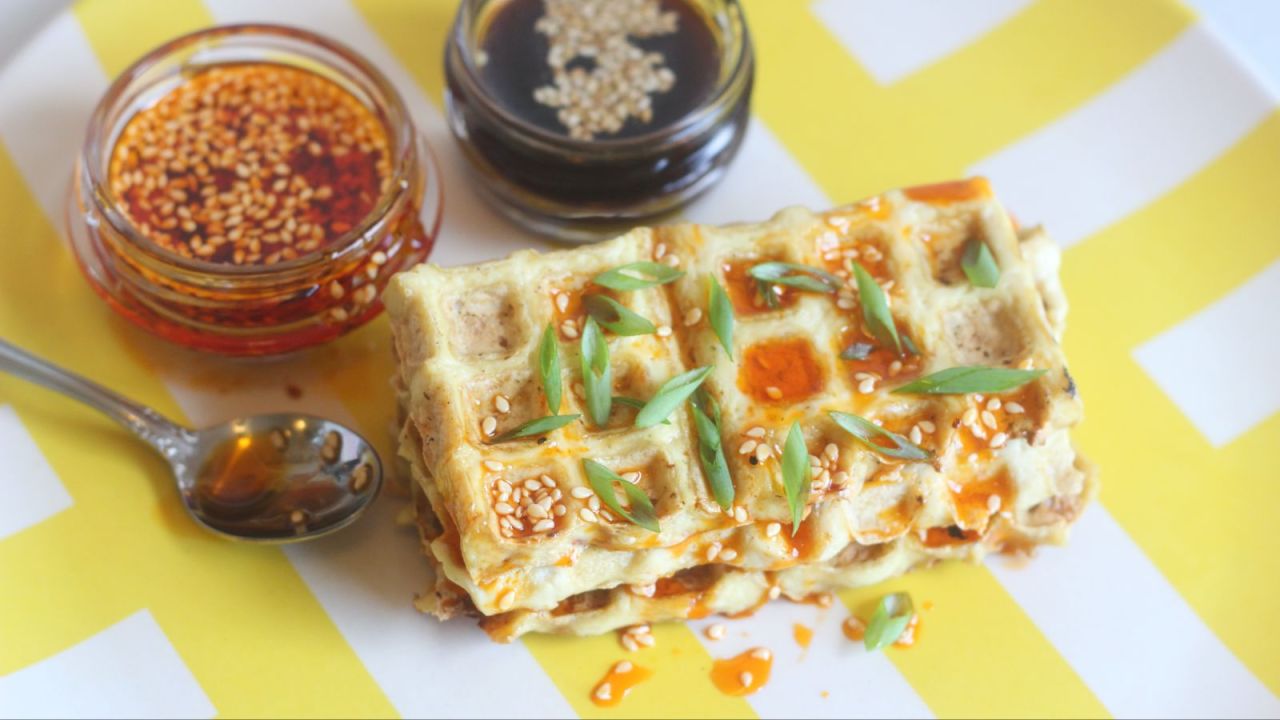 This is actually a two-hack effort, as it’s not just the waffling that makes waffled tofu so crispy. Before it even goes into the waffle iron, I let it soak in a hot salt water bath to give it some flavour and firm it up. Then I waffle it to crisp it up, and then I chop it up and toss it into a rice bowl with a ton of pickled vegetables. I love waffled tofu so much, I made an incidentally vegan rice bowl the other day and didn’t even notice. That alone should tell you how powerful it is. 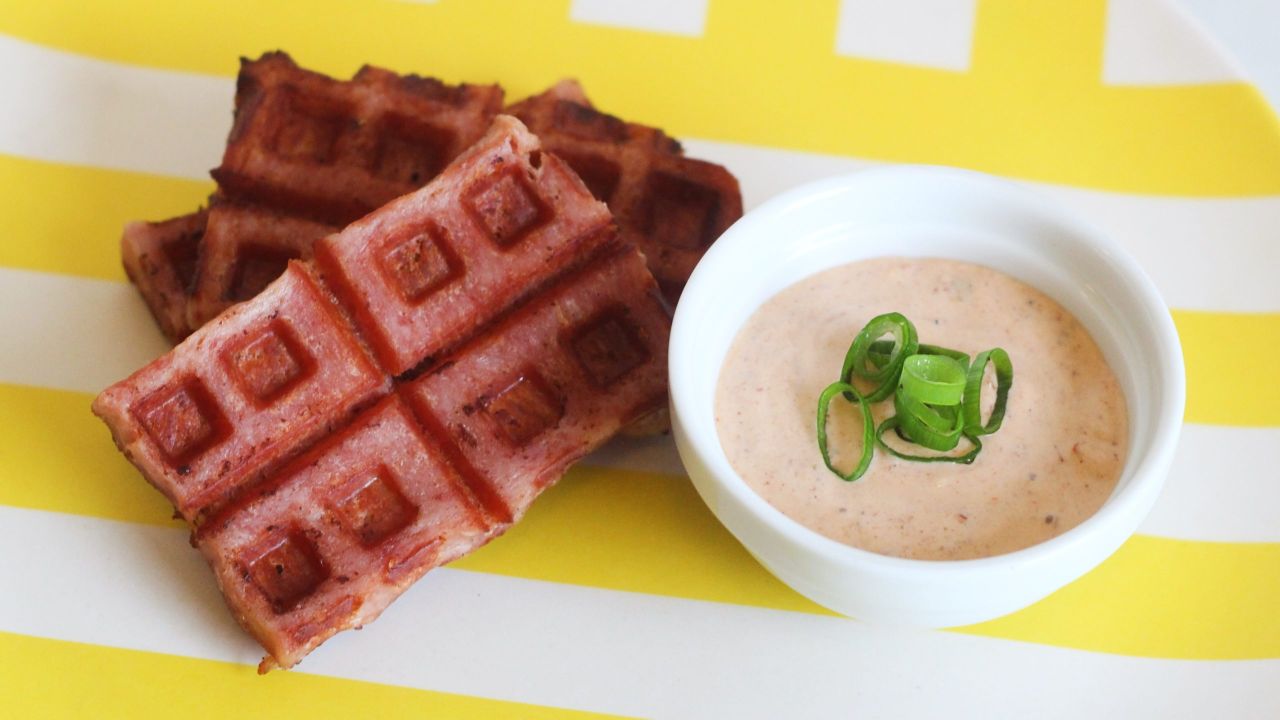 This is pretty much the only way I cook SPAM now. I put waffled SPAM on breakfast sandwiches, I mix it into rice bowls and I eat it by itself. Waffling maximises the percentage of SPAM that gets seared, and the result is the crispiest, saltiest processed pork product you ever did eat. 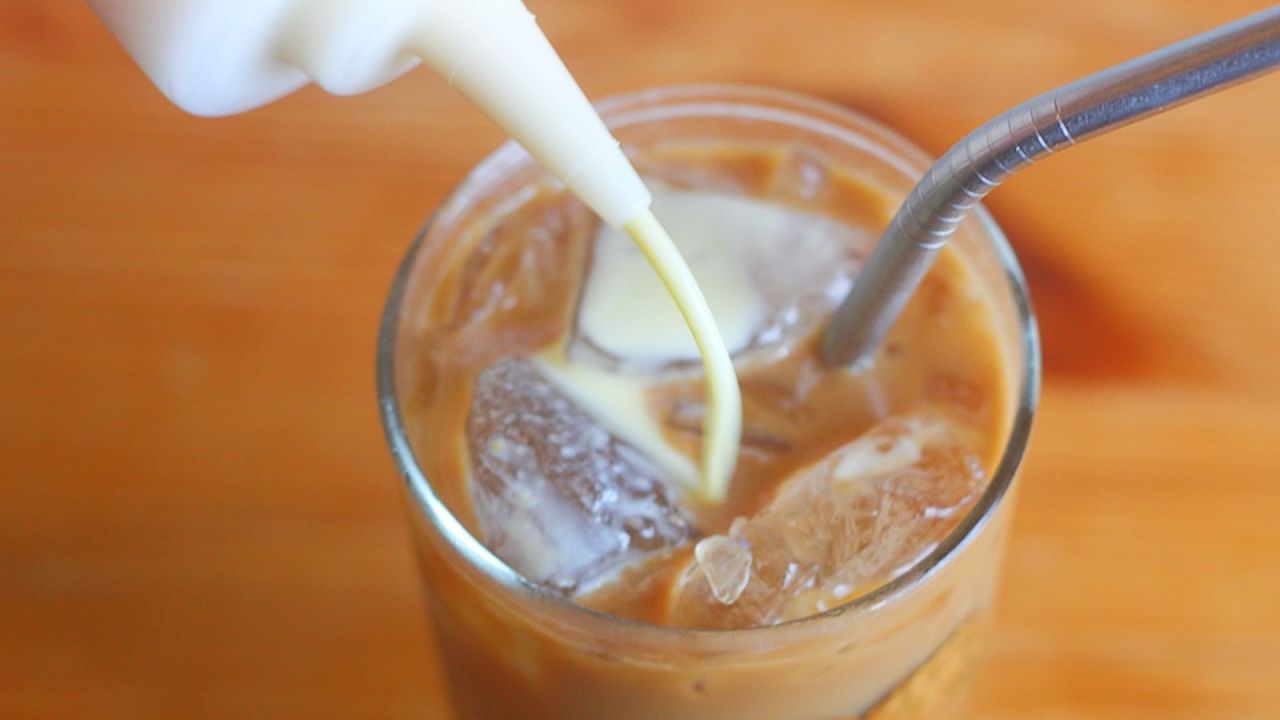 This is a new one, but I can already tell it’s a hack with staying power — especially when you consider that corn season is almost ever and sweetened corndensed milk can be made with canned creamed corn. You can add it to your coffee to give it cereal milk vibes, or you can make corn milk punch, which one coworker of mine described as a “summery, eggless eggnog.”

“What is up with you and corn lately?” my boyfriend asked me this morning, quite rudely. It was not yet nine o’clock, and I had just announced I would be making a corn milk punch (for work), thus continuing my 2020 Cornpaign for Cornplete Cornification (in the face of much... 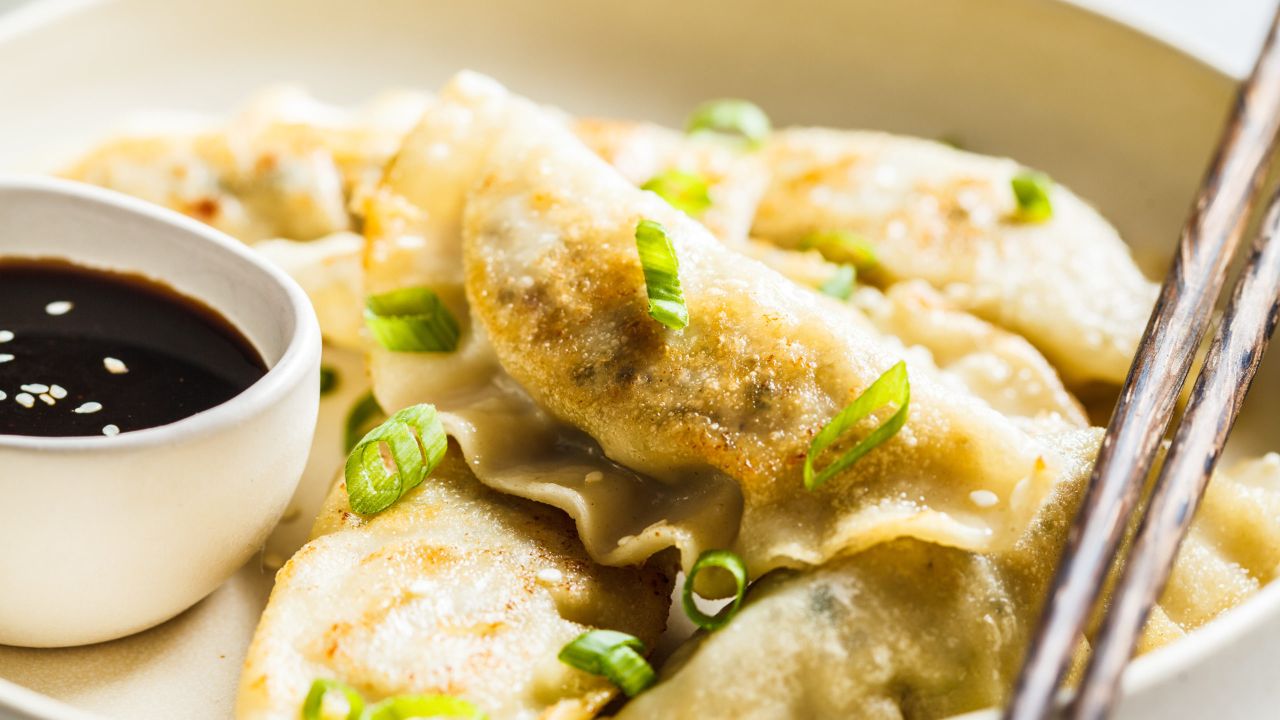 This is another A.A. Newton all-timer. Because of her, I now have a soy sauce-filled jar dedicated to allium and ginger scraps. It’s the laziest way to make a super flavorful dipping sauce that just happens to pair perfectly with waffled tofu. 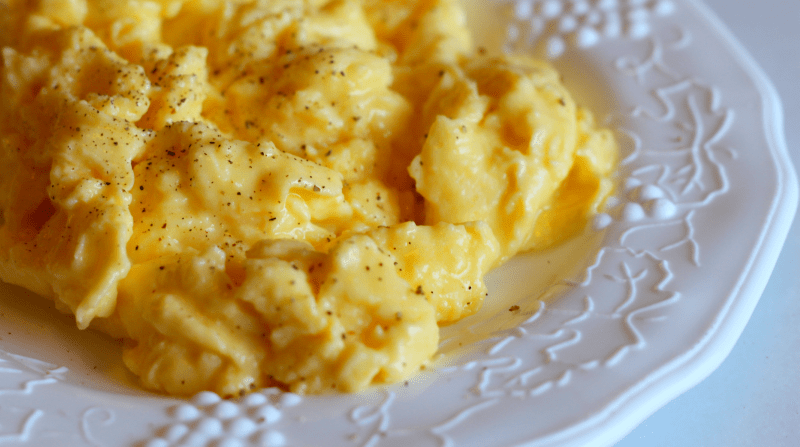 Jars are truly magnificent. In addition to emulsifying salad dressings, one can use them to make extremely fluffy, homogenous scrambled eggs without a fork or a whisk. (If you don’t have a jar, a soup container works just as well.)

You Should Scramble Eggs in a Jar

I don’t watch a lot of food-focused television programming — because I like to spend my TV time on Star Trek — but our video producer Joel Kahn does, and he will often pass along little tips and tricks he picks up there that he thinks might interest me. Recently,... 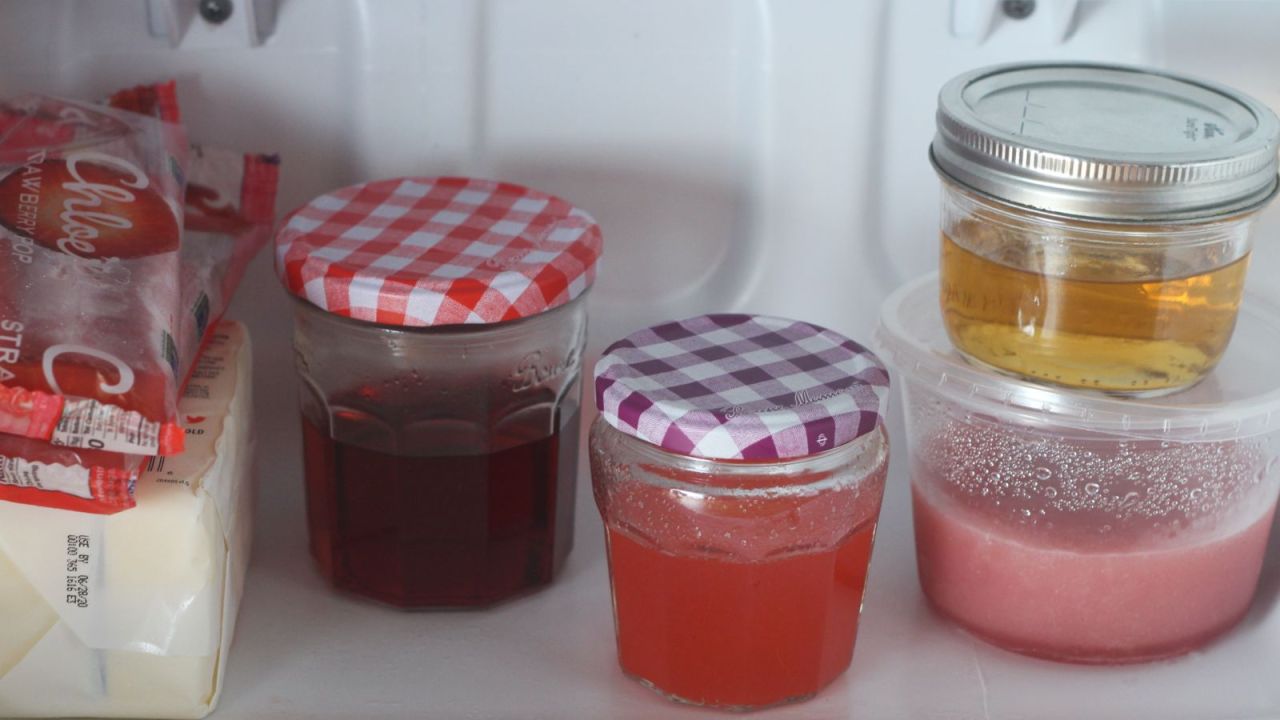 Well, well, well. If it isn’t my bff, a jar. Once again I must praise it for facilitating good moods and good times. I’ve been keeping a variety of pre-batched cocktails in my freezer for a couple of weeks now — I’m drinking one right now — and I must say it is a very effective stress-management strategy. (Think of it as meal planning for your nerves.) 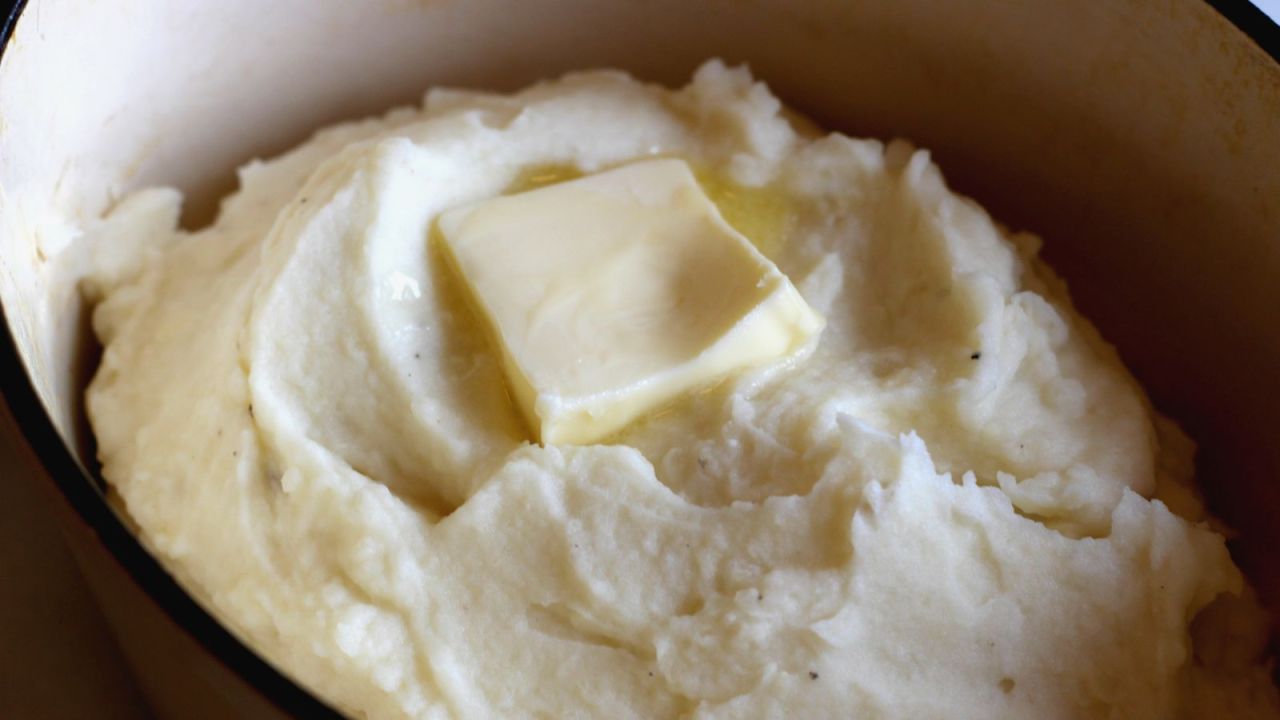 I always add mayo to my mashed potatoes (unless I’m adding store-bought onion dip, which does a very similar thing). Mayonnaise gives your mashers the most amazing creamy texture without adding any flavour of its own. Even the most aggro mayo hater won’t be able to detect the mayonnaise; it blends right in. (It took me years to suss out the secret ingredient in my stepmom’s mashed potatoes. She finally told me it was mayo, and I never looked back.) 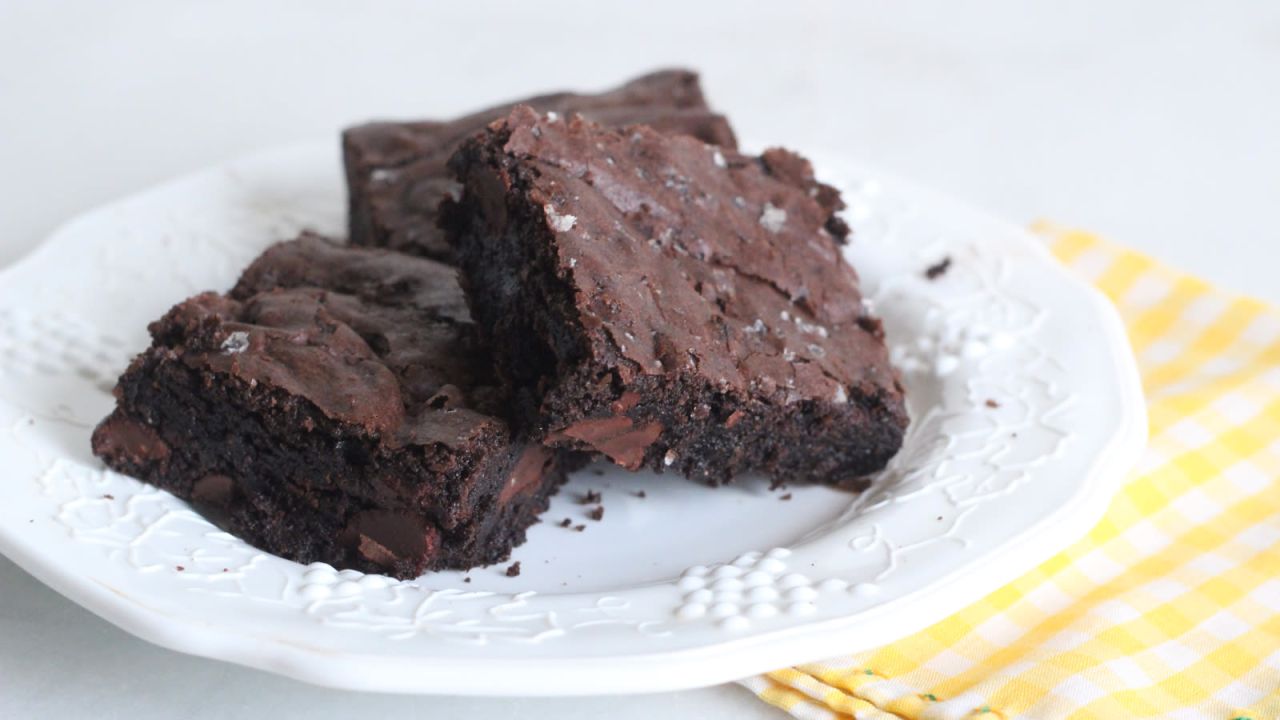 Ghirardelli dark chocolate brownies are perfect as-is, but you can make them taste fancy by swapping out the vegetable oil for something with a bit more flavour. Olive is fun, but pistachio is my absolute favourite. (Add a sprinkling of Maldon on top, and you have a streamlined, bougie-arse dessert.) 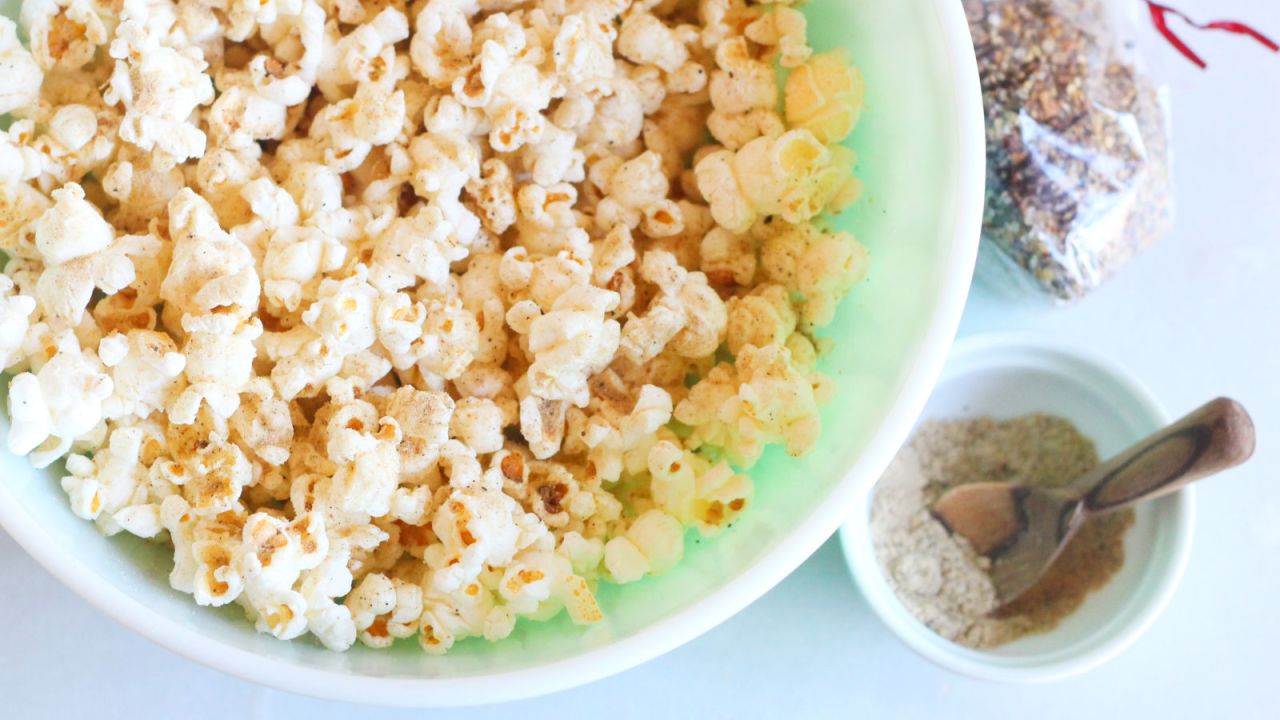 I hate to break it to you, but you are probably not using enough oil when you pop your popcorn. You’re going to think this is overkill, but the seemingly insane ratio of 1/2 a cup of oil for 1/3 cup of un-popped kernels is what it takes to make the crispiest, fluffiest, most munchable popcorn you’ve ever eaten. Bonus points if you pulverize your seasonings into oblivion before adding them to the bowl. 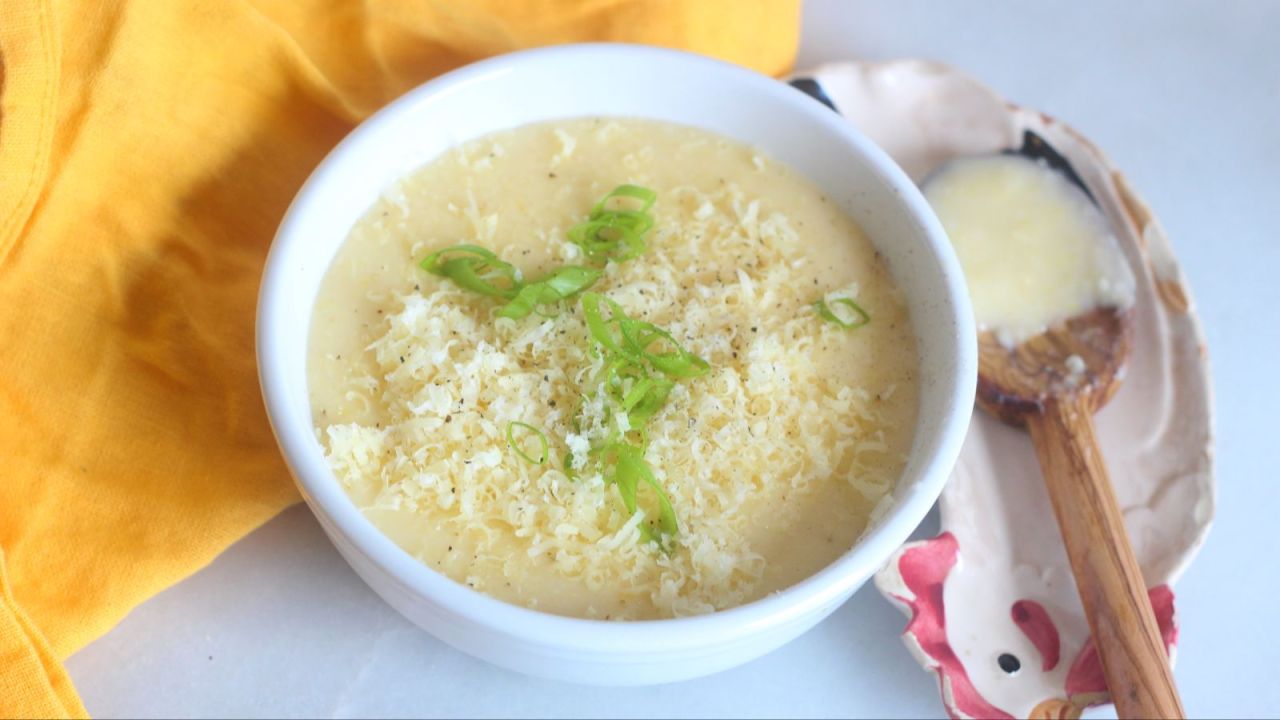 I’ve been trying to eat more grits (because I love myself), and my pressure cooker has been a big part of that. They key is to get them boiling before you close the pot, which prevents lumps while cutting your active stir time way down.

How to Cook Grits in Your Pressure Cooker 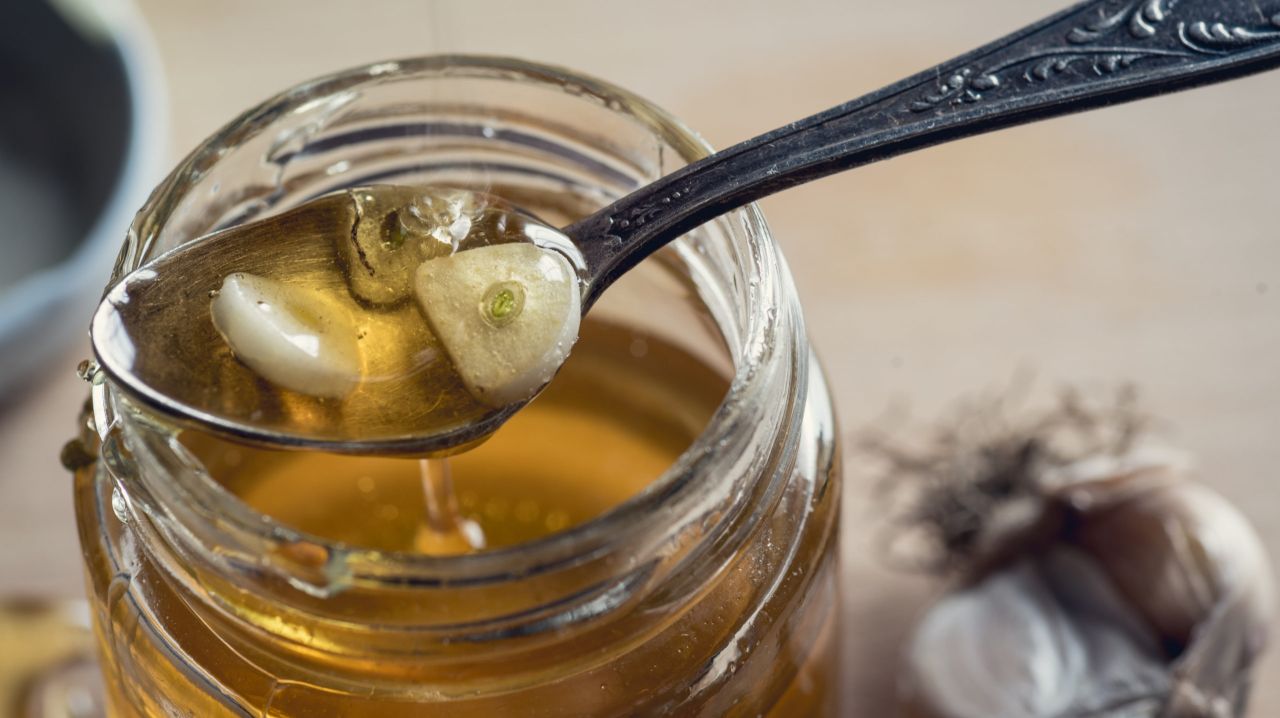 There are a lot of recipes for fermented garlic honey, but I like Brad Leone’s because it includes a bit of apple cider vinegar, which drives the pH down and prevents the formation of botulism. I can’t think of a savoury food that isn’t improved by garlic honey, but pizza might be my favourite thing to drizzle it on. 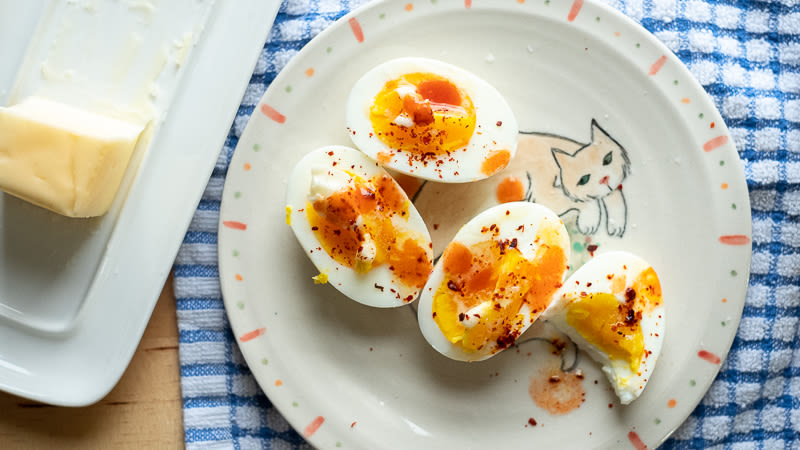 The combination of hard-boiled eggs and butter has to be tasted to be believed. I’m not even sure why it works so well, but I know eggs fried in butter are also good, so perhaps this is just the cold version of that. Just try it. You’ll like it. (Also, if your butter is too cold to spread on an egg, try shaving it with a vegetable peeler.) 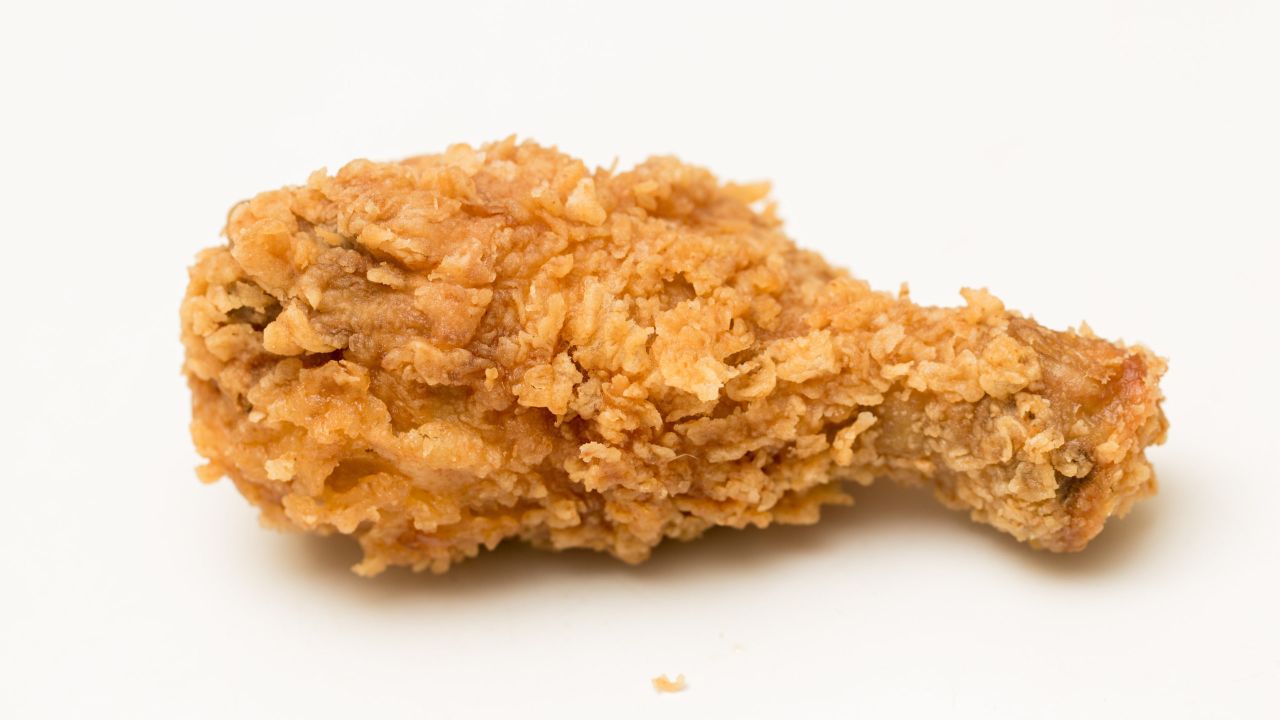 Forget poached chicken, cold fried chicken is the best chicken salad chicken. It adds flavour! It adds texture! It’s the reason I order way too much from Popeye’s every chance I get! (Fast food chicken rules the roost here, as the chains often season their batter with MSG.) Duke’s mayo is a natural pairing, as is a super sour chopped pickle.