What The Fuel Pump Indicator In Your Car Is Actually For

Have you ever wondered what that little fuel pump indicator on your dashboard is for? As it turns out, it’s not just there to remind you that your car is powered by petrol. It actually serves an important purpose that many drivers have no clue about. Allow us to fill you in.

Some people just have a knack for remembering important things like multiple, complex passwords and all their friends and families birthdays and phone numbers. Others, like me, do not.

I’ve gotten through life fine without needing to remember every minute detail and with the rise of technology, it’s only made any reliance on my fallible memory less important. But, despite all that, there’s one thing that still gets me when I least expect it: Driving to the wrong side of a petrol pump when re-filling my car. (Or someone else’s.)

To be fair, I’ve had so many cheap bombs surely I can’t be blamed for mis-remembering which side this moving chunk of metal’s petrol tank is on. Well, I’m here to impart some jaw-dropping, mind-exploding knowledge. The ultimate lifehack, if you will. Something so obvious it should be criminal.

There’s actually a way to tell which side of the car the petrol tank is on without whipping out all your memory retention techniques or physically getting out and checking yourself.

If you look at your car’s dash, and to the fuel pump symbol specifically, there should be an arrow. That arrow should be pointing to either the left or right and it’s supposed to indicate which side your petrol tank is actually on. That’s right, without even leaving the vehicle. I say should because some models don’t point in the right direction of the fuel tank but they seem to be the exception, not the rule.

READ MORE
How To Increase Your Memory Retention [Infographic]

If your car is too much of a bomb, however, it might not actually have one. Apparently, car manufacturers only thought of this neat hack a few decades ago but it would’ve saved us all a little bit of embarrassment if we actually knew about it. Now, if only there was an indicator for which type of petrol I should be using. 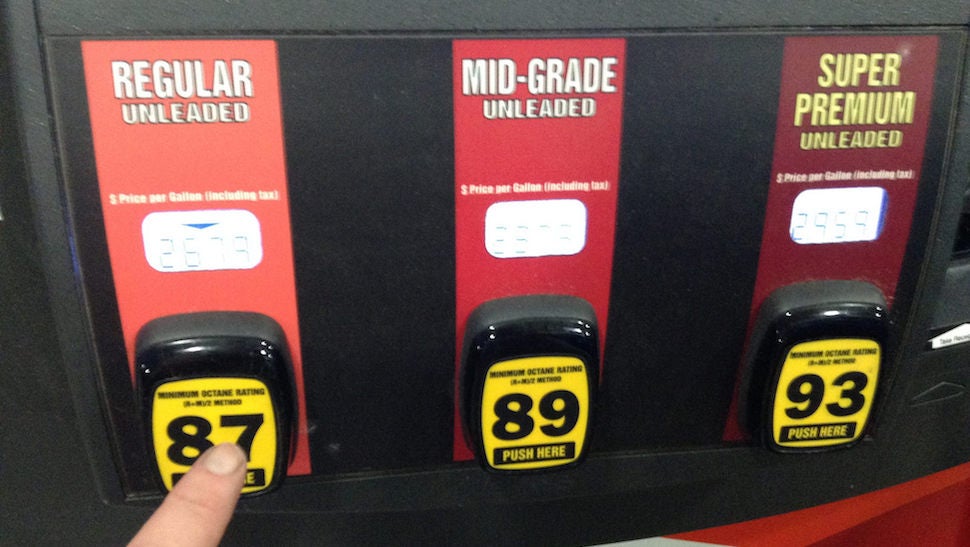 I drive a lot of different vehicles when I need to get around, but I'm always a little worried when it's time to fill them up. Will something happen if I use 91 instead of 95, or vice versa? Well, this thread at StackExchange answers the question, and long story short, there's little to worry about.