Big changes are coming to the Google One cloud storage service, including an all-new iOS app, free phone data backups, and a new data management tool on both iOS and Android. Google already offered a paid, automatic phone backup service for Google users, but the feature will now be free for everyone (as long as you live in a country where Google One is offered).

The iOS backup is limited to Google Photos, calendar events, and contacts, but Android users can back up everything on their devices. These automatic backups could make migrating to a new phone much easier, or restoring your device after a serious bug much less catastrophic.

All Google accounts sort of use Google One even if you don’t specifically interact with the Google One website or app; it’s where that 15GB of free Google cloud storage comes from, and where your Google Drive files, Gmail attachments, and Google Photos are stored. (Google One lets you store more than just your Google files, however.) It’s also where all your phone’s data backed up.

However, all that phone data can take up a big chunk of your free 15GB of Google storage, leaving you without much space left for Drive, Gmail, or Google Photos. You can buy extra space on the cheap if you need more, starting at $US2 ($3) per month for 100GBs, but Google is rolling out a new data management tool that makes freeing up Google One data much easier if you need to find more space but don’t want to pay.

While Google One’s data management tool is available on both desktop and the mobile app, Android users will need to wait for the app to be updated, and the iOS version won’t be available for a few days. Once the apps are ready, you’ll find a shortcut to the data manager and phone backup tools on the “Home” tab.

However, you can use the management tools on desktop right now — and based on Google’s preview screenshot for the new Google One features, it looks like the Android and iOS apps will have the same step-by-step on-screen prompts as the desktop site. Here’s how it works: 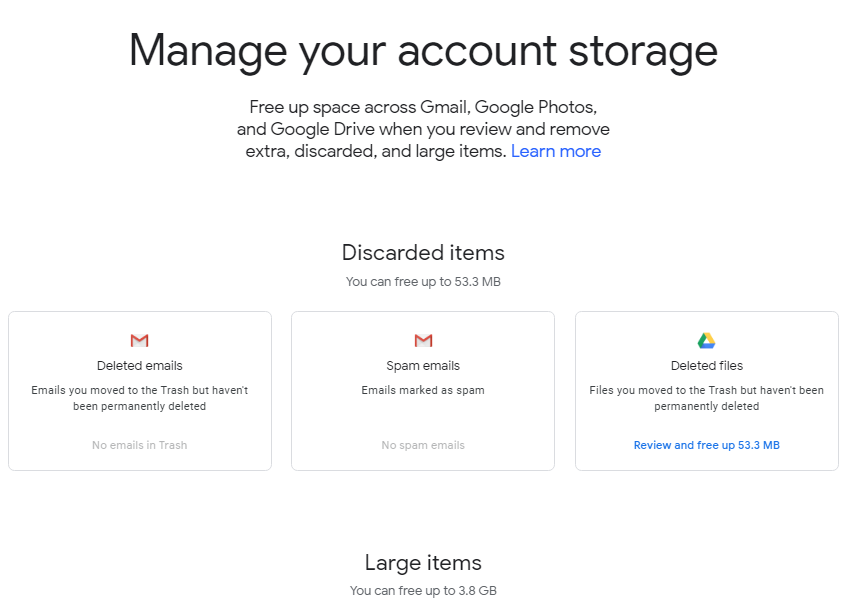 As for all your other Google Data — y’know, the personal info Google tracks while you use its products — Google One’s new tools won’t help you manage that. To that end, we have guides on back up your PC and smartphone data using cloud storage or physical hard drives.