You Need This iPhone Shortcut If You’re Protesting

Tempted as you might be to leave your iPhone at home when you leave the house to protest—and I don’t blame you there, given the increased risk of your expensive device getting destroyed when you get pushed to the ground or shot at with rubber bullets—you might want to reconsider. Your iPhone can be an incredible source of news and a powerful communications device; it can also be a lifesaver, if you’ve taken a few minutes to set it up with some important shortcuts before you head out.

Matthew Cassinelli, who is already pretty well-known in the tech circles for the incredible number of iOS shortcuts he creates, is back at it again. This time, he’s built a helpful shortcut that you should consider installing on your iPhone if you’re going out to protest. (Or, at the very least, it’s a great starting point for any similarly themed shortcuts you might want to build.)

His version is an enhancement of this helpful shortcut originally broadcast to TikTok:

Tap the icon, and Cassinelli’s shortcut will: 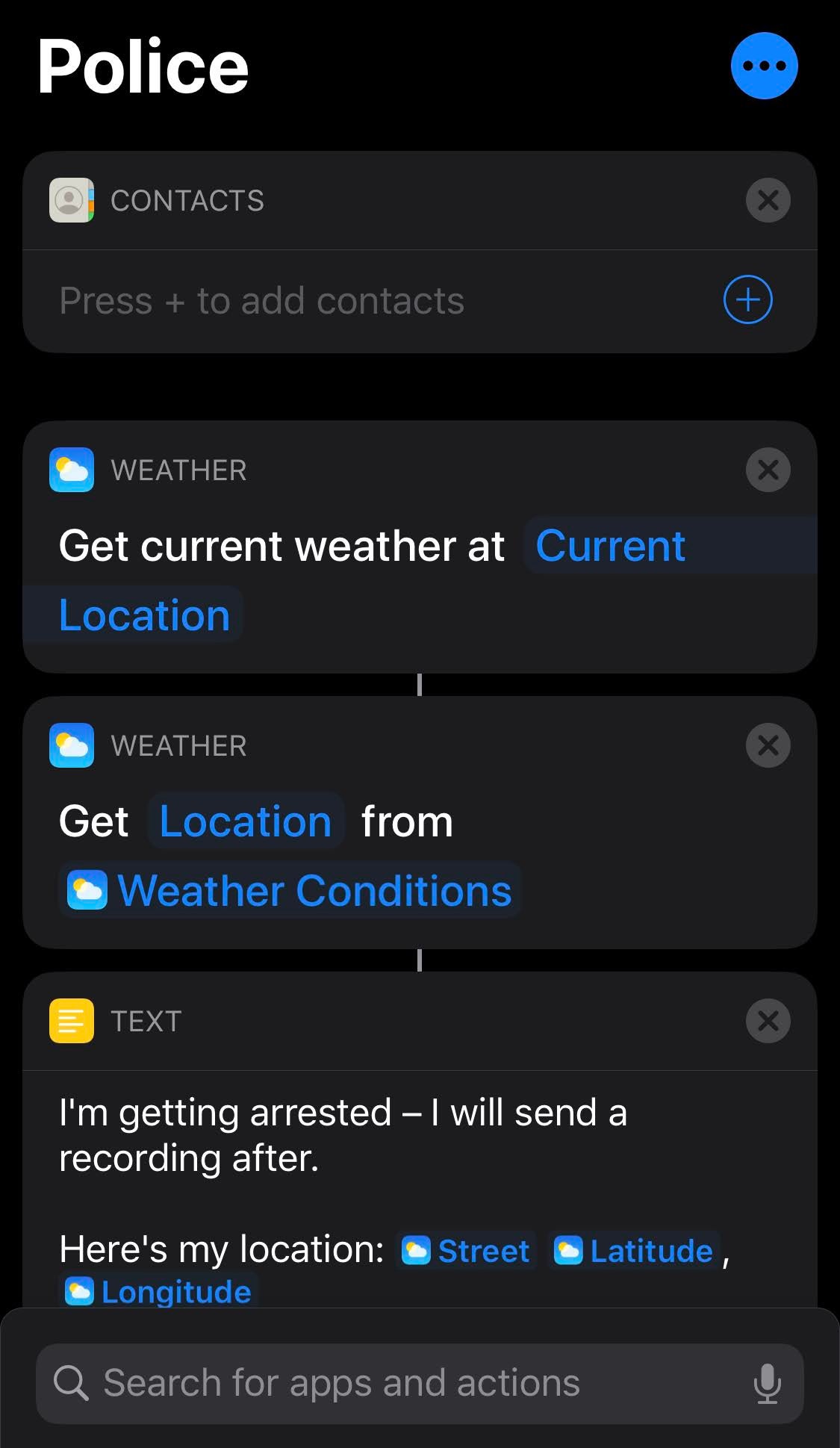 I recommend testing out this shortcut with a friend to make sure that any permissions your iPhone needs to run the shortcut are set up. Similarly, you’ll want to make sure it works perfectly on your device. There’s no point to having a fancy “notify your friend in case of emergency” shortcut that doesn’t do everything you expected it to.

And, of course, you can modify any part of this shortcut to suit your specific needs. You might not be getting arrested, per se, but you might want to notify your friends if a protest is getting rougher and you’re right in the middle of it, for example.

Finally, you’ll need to click on this link to get Cassinelli’s shortcut on your iPhone. 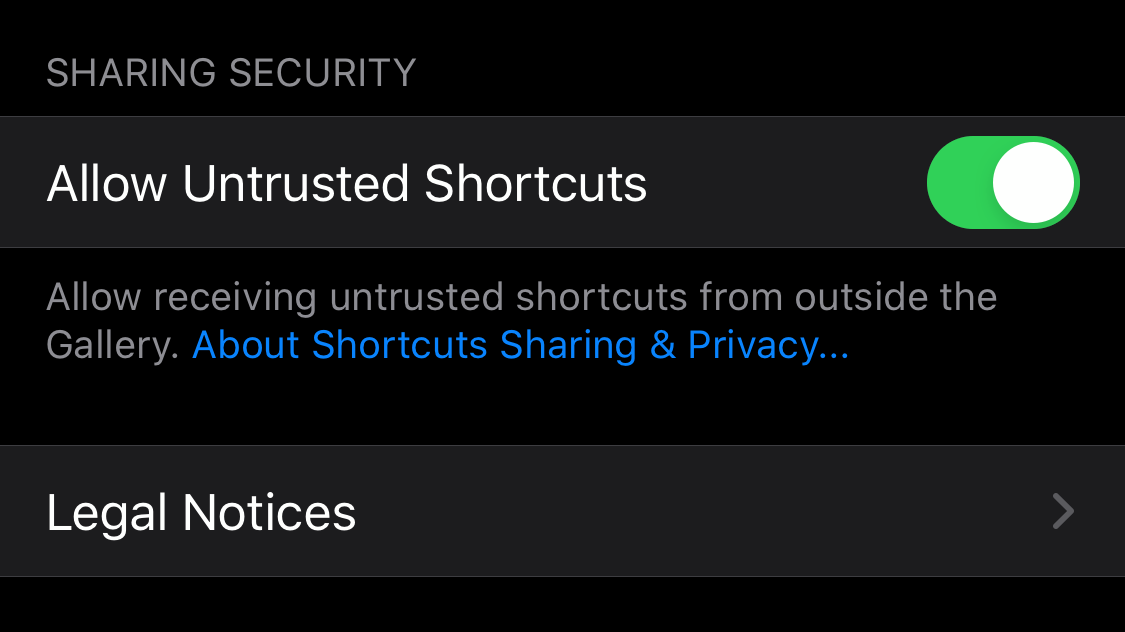 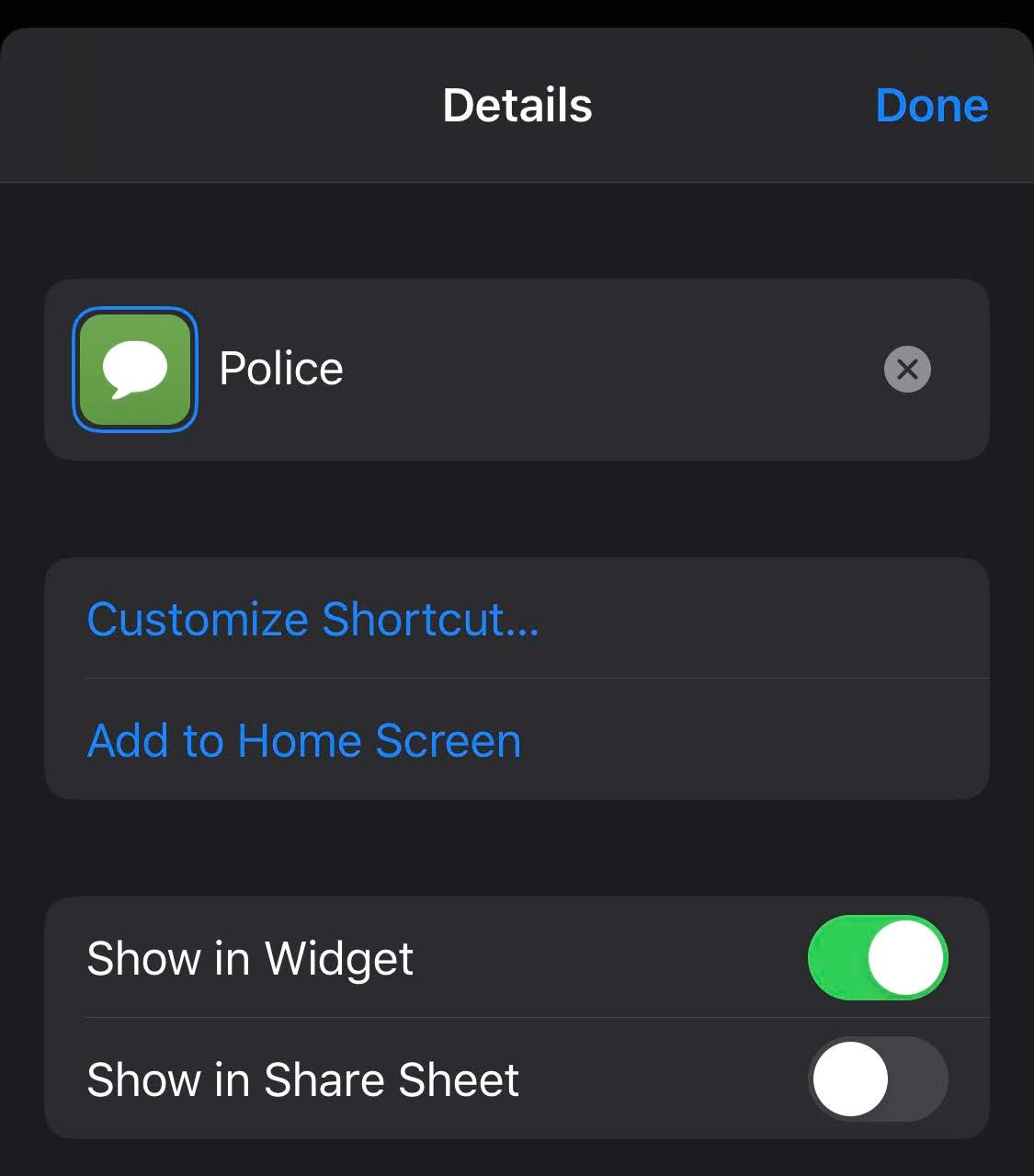