You Don’t Need a Grill to Make Grilled Eggplant

It’s no secret that I love eggplant and, over the years, I’ve gotten every preparation under the sun down cold — with one glaring exception. With no space at home for a grill and a strong aversion to turning on my oven, grilled eggplant has remained my culinary white whale. Until now.

My new favourite eggplant technique comes courtesy of Kris Yenbamroong, the head chef at NIGHT + MARKET in L.A., whom I follow on Instagram mainly for his amazing cooking stories. In his recipe for Paolo Eggplant, he uses a genius trick I’d never seen before: Instead of salting the eggplant and frying it in oil, he tosses raw, totally un-prepped slices into a salted pan with no oil at all. The cooked eggplant slices get layered with copious amounts of olive oil, garlic, chilli flakes, and herbs, like a lasagna. Obviously, I had to try it.

The first time I attempted this technique, all I had on hand were a couple of sad, mushy eggplants that had been hanging around my fridge for over a week. Even those janky old specimens tasted phenomenal via this preparation — and the second batch, which I made with super-fresh eggplant for the purposes of this article, was even better. As I learned the fun way when I brushed the excess off a hot piece of eggplant, sodium chloride crystals retain heat like crazy; any moisture coming off the eggplant evaporates when it hits the hot salt. The surface stays relatively dry, which goes a long way toward deep, even browning. It’s no charcoal grill, but the results are every bit as smoky and sweet as the best grilled eggplant I’ve had, and with a silky texture to boot.

The technique itself is very simple. Just cut an eggplant lengthwise or crosswise into slices 0.5-1cm inch thick. Heat a nonstick pan (or a very well-seasoned cast iron one) over medium-high heat. When it’s hot, scatter a pinch or two of table salt (or fine sea salt) in the pan. Lay the eggplant slices on top. After a couple of minutes, flip ‘em over. When they are charred to your liking on both sides, transfer them to a bowl or dish. Repeat until you run out of eggplant, adding salt by the pinch as needed. 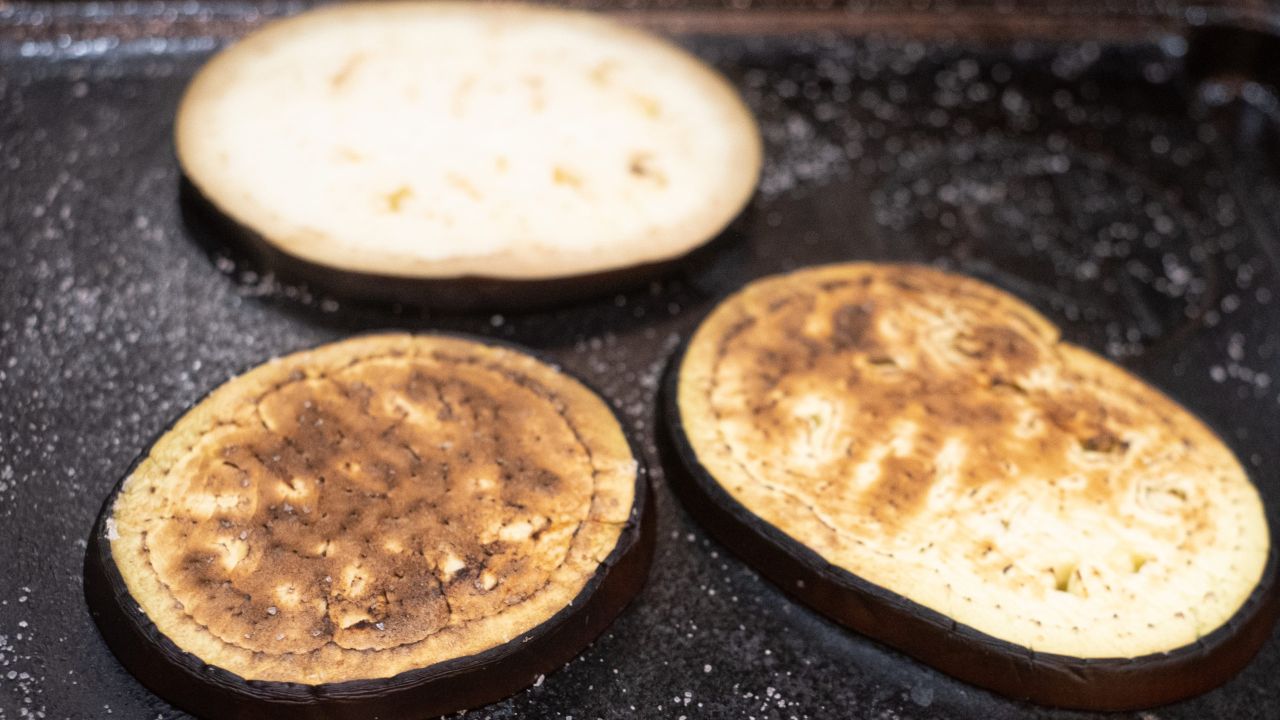 Now for the fun part: Seasoning. Since you haven’t used any oil yet, the one mandatory element is a flavorful oil of your choice — it’ll keep the eggplant tender and juicy, rather than leathery. Besides that, there are no wrong answers. Even the way you assemble the dish is up to you: Layer the eggplant with oil and aromatics like Yenbamroong does, or chop it up and mix everything together like a salad.

If you already have a go-to combination of flavourful oil, alliums and herbs, use that. If not, here are a few suggestions:

The proper quantities and ratios will vary depending on your preferences and how much eggplant you cooked, so taste as you go. Once it’s seasoned perfectly, you can eat the eggplant right away or let it mellow in the fridge for a couple of hours. Either way, you’ll have a ridiculously flavourful vegetable dish perfect for serving alongside meats, with bread and cheese, over rice or all on its own. 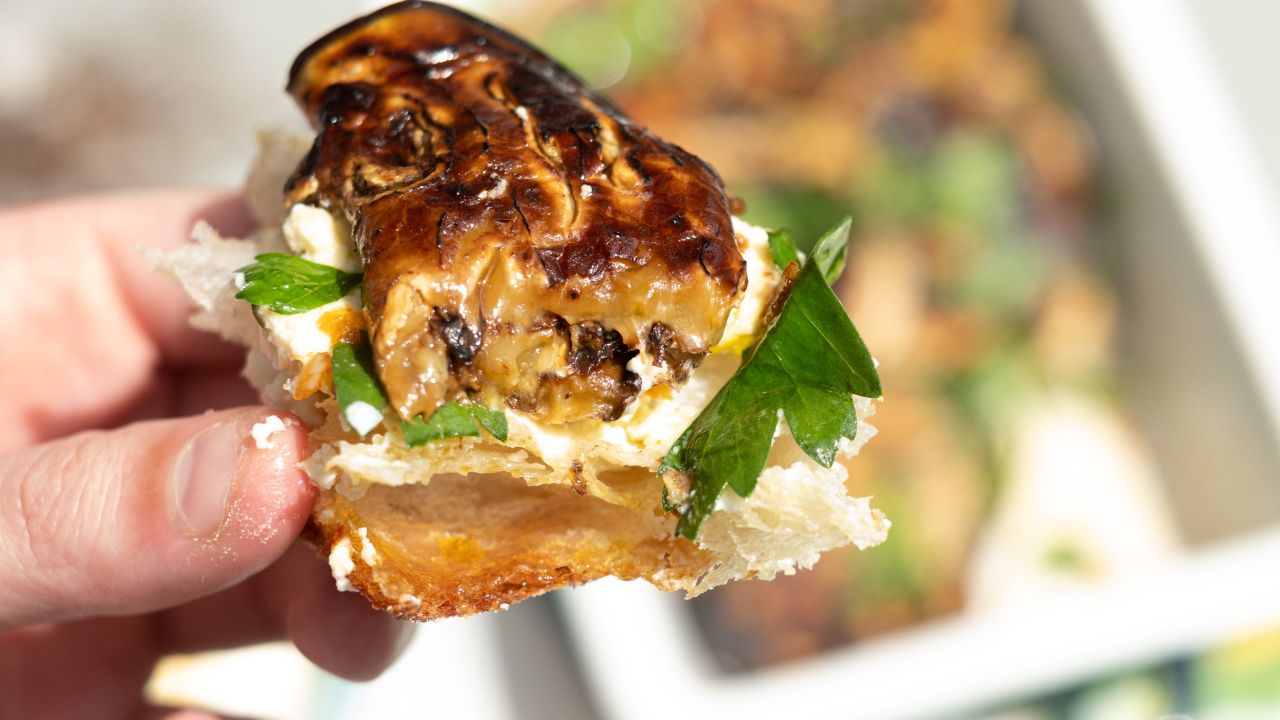