Experts Believe Coronavirus Is Airborne but the WHO Disagrees 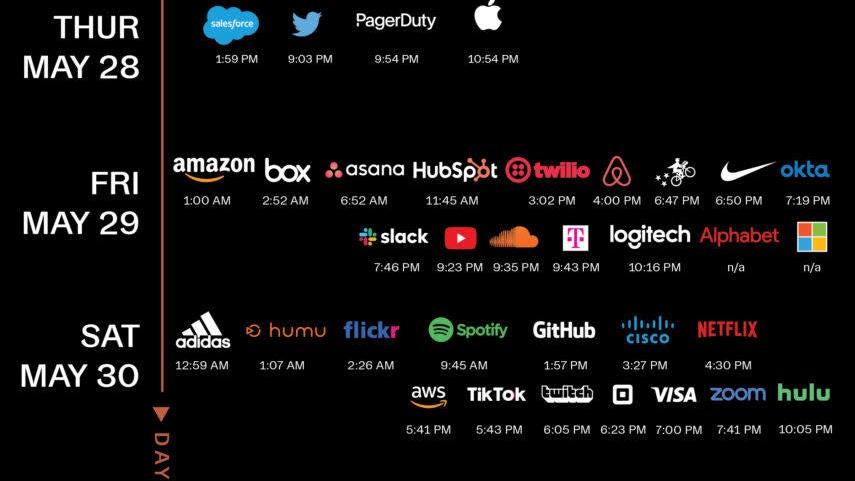 In the wake of George Floyd’s death, a handful of tech companies have released statements condemning racism and police brutality, and voicing support for racial justice. But while statements are nice, feel-good gestures, it’s better to show your commitment with your money—and hiring practices. After all, in a country where wealth equals power, who a company hires and the causes it financially supports speaks a lot louder than a tweet.

A statement from [Brand]® pic.twitter.com/XT9tXF9hvz

If you’re curious about which corporations and CEOs are actually making the effort, I encourage you to check out and share this report and accompanying spreadsheet from The Plug. The information is curated by Sherrell Dorsey, Grace McFadden, and Ashley Stewart, with contributions from numerous Twitter users. It lists tech companies that spoke out about George Floyd, Black Lives Matter, and/or racial justice between May 28 and May 30, with links to each statement, how much money a CEO or company pledged to support these causes, the latest diversity reports on each listed company, figures on the diversity of the company’s employees, and more. 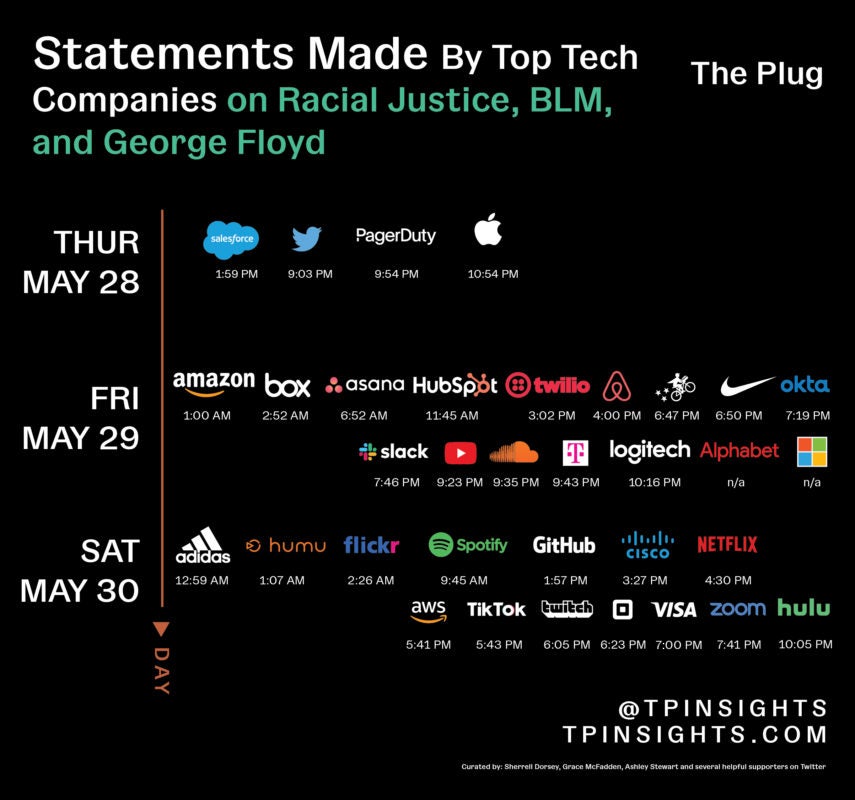 While the spreadsheet is a crucial resource, it’s also anmsobering reminder that the tech industry at large suffers from a serious diversity problem.

Many large corporations are not included in the spreadsheet due to their silence, and only a few of those that are listed are taking actions beyond words. That’s why this information is important: It helps us support companies that employ and give equal opportunity to oppressed and under-represented communities, to hold brands accountable for their public stances on racial justice and diversity (or lack thereof), and to demand that more speak out and actually do something to ensure black lives and livelihoods matter.