Which Note-Taking App Should I Use for Apple Devices?

I often write about pretty intense and aggravating tech issues for Lifehacker’s techÂ column. It can be … a lot. In the interests of taking a small summer breather, I’m going to lighten the mood this week and focus on a problem that affects everyone ” not just the handful of you currently experiencing flames shooting out of your PC, catastrophic data loss, or a shark that ran away with your iPhone and you’re not sure how to make it swim back to you using Find My.

Lifehacker reader “W_“ has this week’s question, and it’s one I find myself thinking about a great deal:

Excluding [the] Evernote app, what other note-taking apps would you personally recommend for iOS 13 that also include a Mac companion app?

Generally speaking, I think the best notes app for iOS and Mac is … Notes. Yes, good ol’ Apple Notes. For most people who have fairly regular needs, it covers all the basics, it doesn’t cost anything, and is already set up to work very well between all of your Apple devices. (Heck, you can even yell at your HomePod to create new notes that synchronise across all of your devices.)

Now, since I work at Lifehacker, you’re probably wondering why I’m not recommending , or anything else you dig up. Really, there’s no shortage of excellent note-taking apps out there. I’ve used plenty of them myself. And now I use Notes, because here’s the big secret: The best note-taking app is the one that makes it stupidly easy for you to integrate into your life.

I’d install a note-taking app on my iPhone ” Google Keep, for example ” and forget about logging into it via my browser on my laptop. I’d make a generous list in Google Tasks on my desktop PC, but then forget to install the Google Tasks app on my Android and iPhone. And since I then wasn’t using Google Tasks that much, I’d slowly stop using it to take any notes whatsoever. I distinctly remember a time when I was considering typing some new notes into Google Tasks, but realised it would just be easier to scribble something down quick on a nearby pad of Post-Its. And, since then, it took me some to re-integrate digital notes into my life.

I recommend you start with good ol’ Notes, because it’s more important to build your note-taking routine than to get bogged down by the nuances of a more complex app. And I’m assuming that your distaste of Evernote means that you want something a little simpler. That’s not to say that Notes lacks functionality ” anything but, as long as you’re running iOS 13 at minimum. 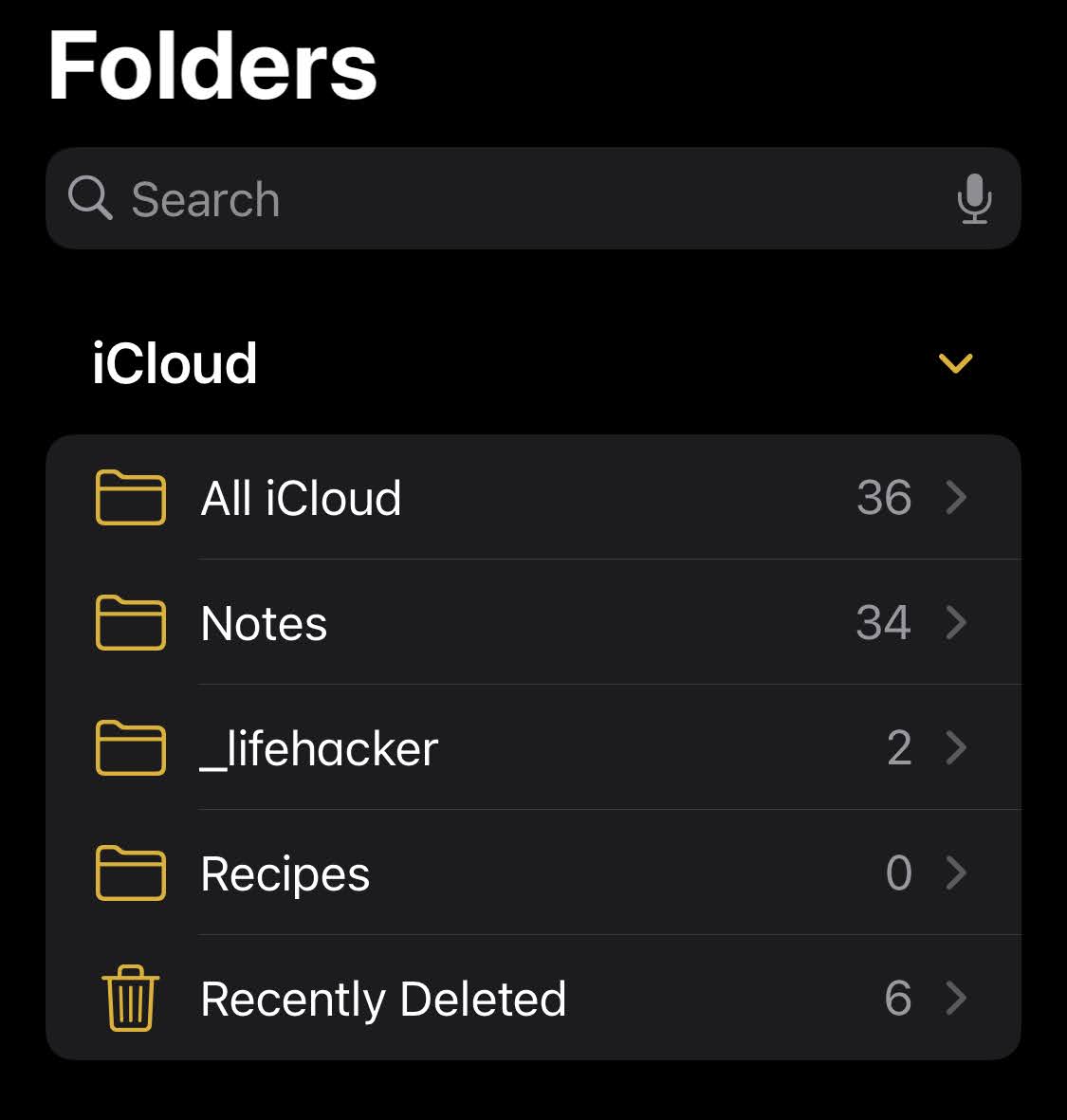 Notes doesn’t run on tags, like other note-taking apps you might find, but you can quickly and easily organise your notes into folders for easier access. (Or do what I do and drop hashtags into the note that you can then search for later, in case your notes could span multiple folders’ worth of content.) 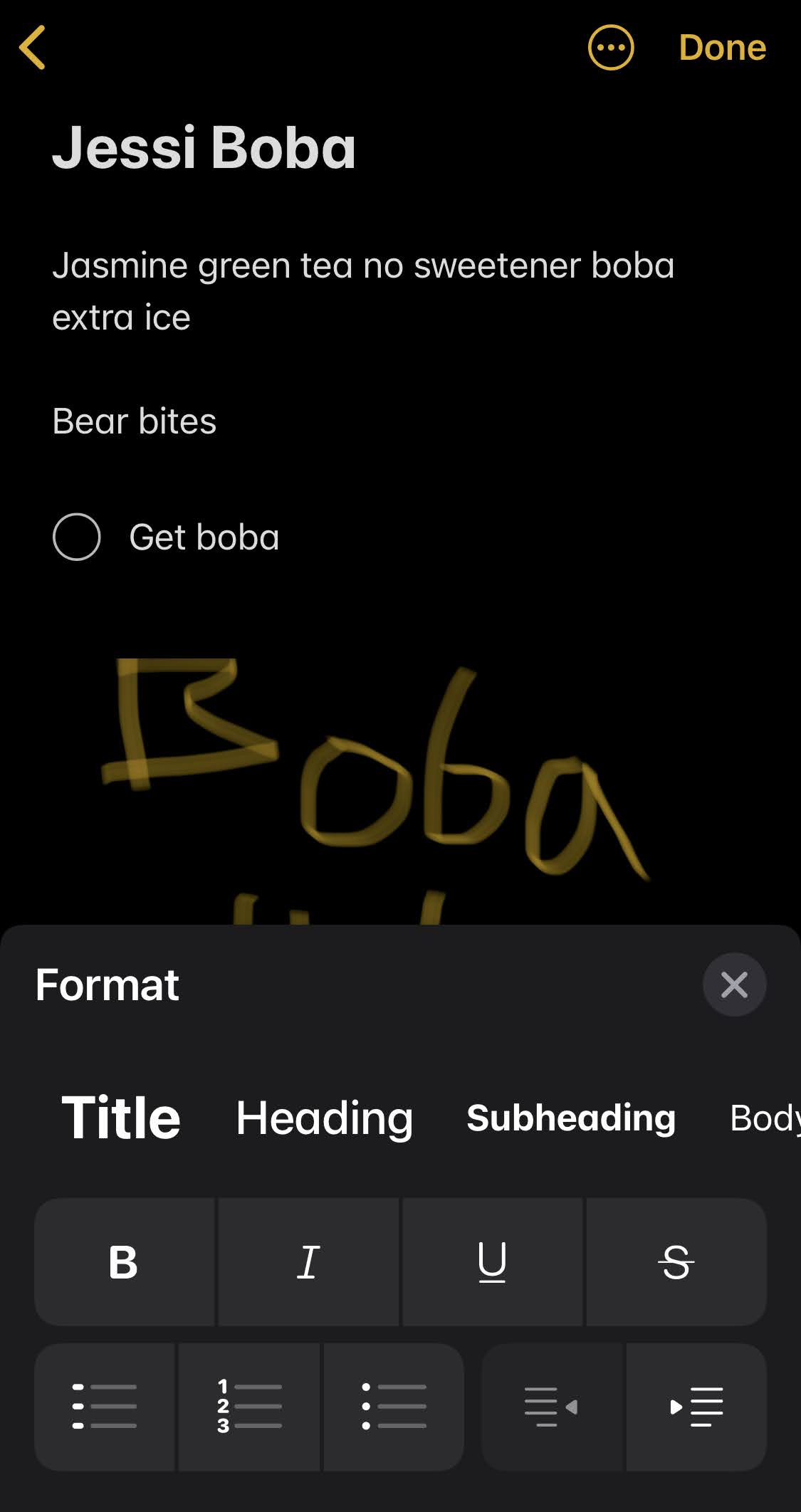 Within an individual note, you can drop in all the text you want and pretty up the format with different font sizes for the your headings. You can indent text or add it to lists; drop a table into your note; and even import photos, videos, or drawings ” the latter you create by doodling directly in your note using your finger or nearby Apple Pencil. My favourite feature is the to-do lists that you can drop within notes (which can automatically sort your finished tasks to the bottom, too).

Though you can’t drop in audio messages to yourself (use your iPhone’s Voice Memos app for that), you can scan documents with your phone’s camera and turn them into notes. If you need to collaborate with someone else, you can invite them to join your note ” or an entire folder’s worth of notes, if you have a larger project you’re working on. If you’re a Google fan, you can even sync up Apple’s Notes with your Google account ” notes you make within iCloud will stay in that domain, but notes you sync with your Google account will show up there. In other words, you get built-in cross-collaboration within the same app.

If you prefer a little extra security, you can even lock down your notes with an extra password or Face/Touch ID authentication, beyond the normal methods you’d use to log into your iPhone. And you notes, as mentioned, can sync right up to your iCloud, which means they’ll always be up-to-date on your similarly connected Mac desktop or laptop, iPad, or the web-based version of iCloud. (You have turned on two-factor authentication for your Apple ID, right?)

I’m not an Apple loyalist, and I’m sure there are other third-party apps (such as those I mentioned a while back) that let you do even more on your device than even Apple’s Notes app. However, Apple Notes is free, it requires you to install nothing, and it’s pretty well-integrated into the Apple devices you use. I’d start with that, and if you find your needs aren’t met, move up if, and only if, you’ve actually been using Apple Notes to regularly keep track of your thoughts and to-dos.

Otherwise, you’ll be like I was ” caught in an endless loop of trying to find the “best” app for my needs, when I all I really needed to do was to chill out and use the apps I already had for their intended purpose. Of course, you’ll need to go for a third-party app if you want an app that plays nicely across Apple / Google / Microsoft platforms. For most Apple fans, however, Notes is a pretty solid app for most of what you need to do.