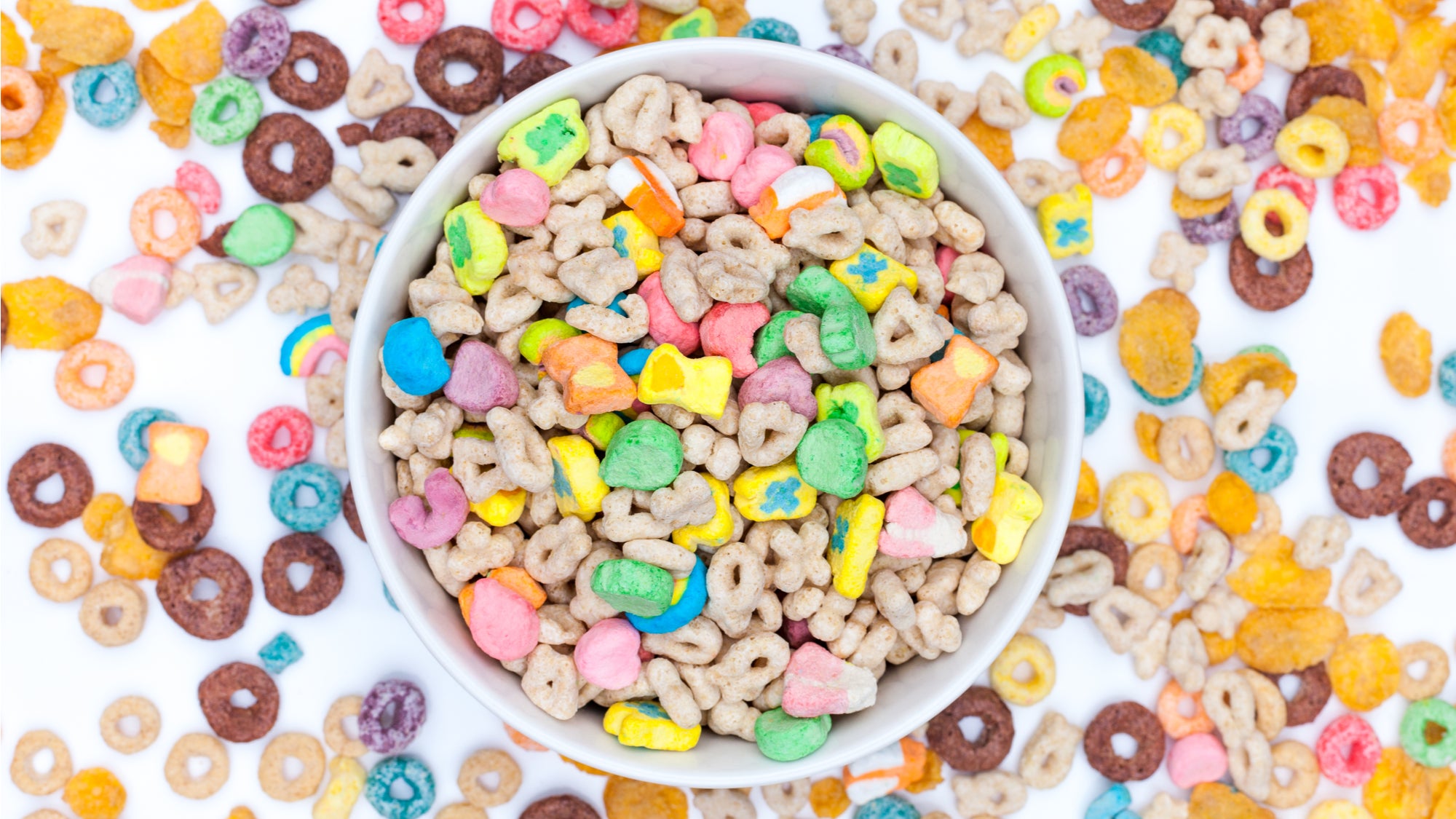 Two months after my kids’ schools shut down due to the coronavirus pandemic, I feel no shame in saying that the challenges of managing working from home while homeschooling a 3-year-old and an 8-year-old have wrought havoc on our parenting routines. I am slightly ashamed, however, about what that has meant for my progeny’s intake of Lucky Charms.

In the Before Times, sugared cereals were, if not outright banned in our house, definitely a sometimes food. Our kids made do with quick, high-protein breakfasts: A bowl of oatmeal. A slice of toast smeared with peanut butter. A hardboiled egg. They begged and pleaded for super sweet a.m. alternatives with each trip through the cereal aisle, but we always stood firm—until my wife grabbed four $3 boxes of marshmallow cereal in an early-in-the-shutdown grocery delivery panic, and everything changed.

It turns out that my kids find unhealthy cereal just as satisfying as I knew they would—after all, as a child of the ‘80s, I grew up in an era during which every new toy fad or TV show came trailing a probably nearly inedible but definitely sugar-laden cereal in tow, and I succeeded in convincing my parents to buy them all (or generic facsimiles thereof). We’ve now reached a point where my son, who once preferred plain oatmeal to the sweetened stuff, will regularly throw himself to the floor in an act of silent protest if his bowl doesn’t contain enough dried marshmallow shapes.

There is an upside to our lax parenting however: I’ve discovered a new way to take my coffee. It came about in another moment of shutdown desperation: Unable to secure a grocery delivery slot, we’d run out of both cream and white sugar and were dangerously low on milk. Sometimes I’ll drink my coffee black, but this particular cuppa was also… not my preferred brand, shall we say. Casting about for any way to make it more palatable one morning, I eyed the pink-hued milk left over in one of the kid’s breakfast bowls, and thought… why not?

It turns out that sweetened cereal milk (in this case, a combination of 2% milk and the remains of a bowl of Marshmallow Mateys) is an entirely serviceable alternative to the things you probably actually want to put in your coffee. The brew took care of the lingering cereal aftertaste, though I’d also imagine you could get a touch of mocha from the detritus of a bowl of Cocoa Puffs. Just use a spoon to clear out any floating cereal bits first and add the cereal milk to your mug to taste.

I’m not suggesting this is something you do every day, and there are plenty of other cream alternatives you probably want to try first (I’m a big fan of sweetened condensed milk). But we are living in strange times.