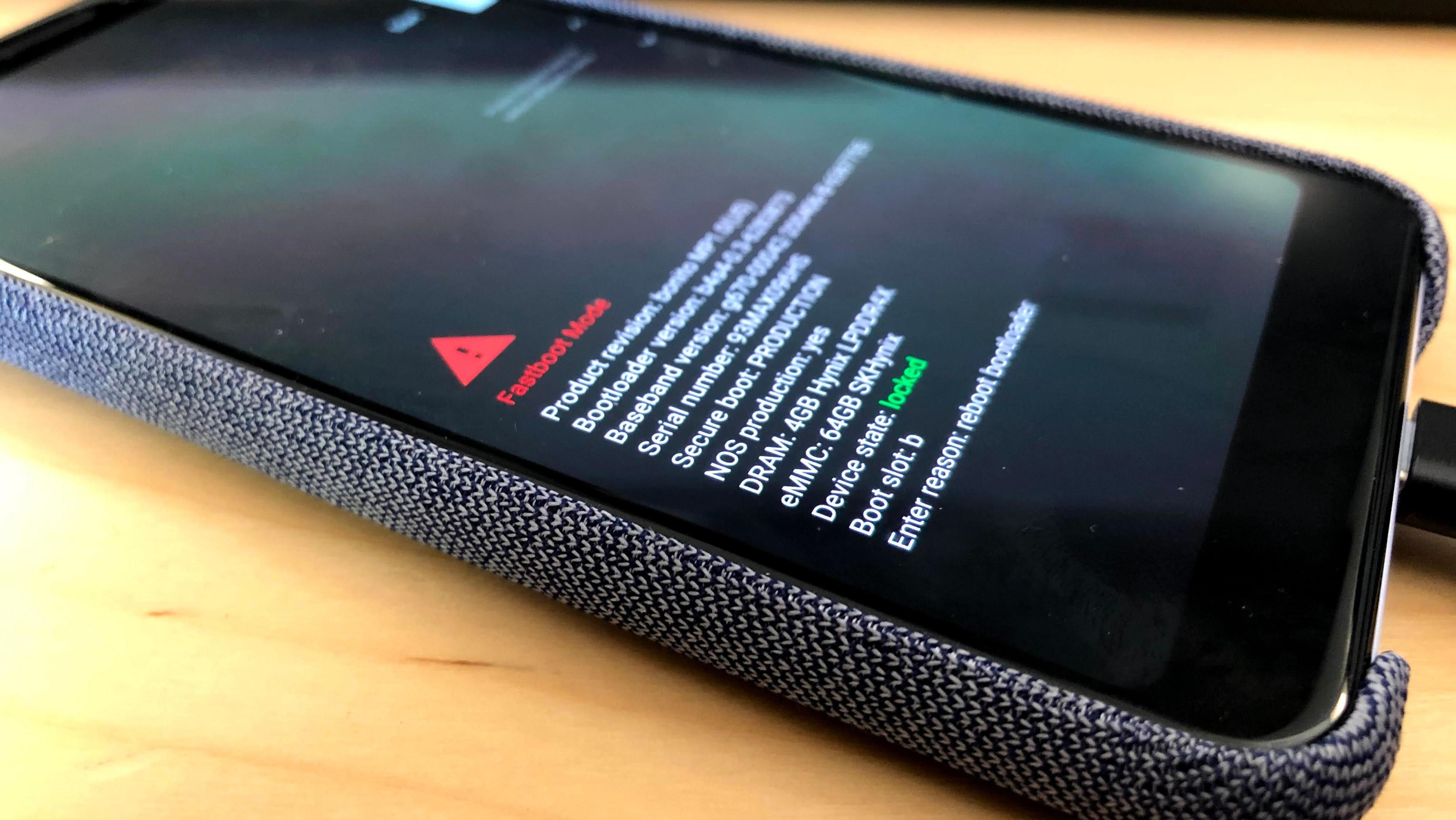 Many of us are itching to install the Android 11 Beta 1—the public-facing beta of the next Android operating system, which is likely a lot more stable and contains fewer bugs than the Android 11 developer preview. While a few lucky Android users have gotten their hands on that, the rest of us are stuck with Android 11 Developer Preview 4 right now.

That’s not terrible, though! If you want to live on the very edge of Android and try out all sorts of new features before everyone else—risking a little stability in the process, of course—you can play with Android 11 right now.

While I would generally urge you to wait for the public-facing release of Android 11 Beta 1, I’m not going to stop you from trying out a beta right now. In fact, I’m going to install it myself on my (non-primary) Android smartphone; this is Lifehacker, after all.

What devices can run the Android 11 Developer Preview?

Sorry, Samsung fans. Right now, only the Google Pixel 4 / 4 XL, Pixel 3a / 3a XL, Pixel 3 / 3 XL, and Pixel 2 / 2 XL smartphones get to play with the Android 11 developer preview. But, hey, you get Bixby! If you listen closely, you can almost hear the sounds of jealousy emanating from the Pixel owners in your neighbourhood.

How do I get started installing the Android 11 Developer Preview?

Thankfully, Google has made flashing your Pixel with a new beta build incredibly easy. First, you’ll need to install Chrome or Edge Chromium, if you aren’t already using either browser. You’ll then want to click on the following link for your specific device, which will launch Google’s browser-based Android Flash Tool:

If you’re on Windows, you might have to take one extra step before you can start: installing these USB drivers (or these). If, while installing the drivers, you don’t see your Android listed in Windows’ Device Manager, make sure you’ve set your USB mode to “File transfer” via Settings > Connected Devices > USB.

You’ll then need to make sure you’ve set up Developer Mode on your Pixel (via Settings > About Phone, scroll to the bottom, and start tapping “Build number” a lot). You’ll also want to enable USB Debugging within your new Developer options (Settings > System > Advanced > Developer options). Finally, make sure you enable OEM unlocking in that same screen.

Once you’ve done that, clicking “Add new device” in the Android Flash Tool should allow you to begin the process of flashing your Android with the beta OS. 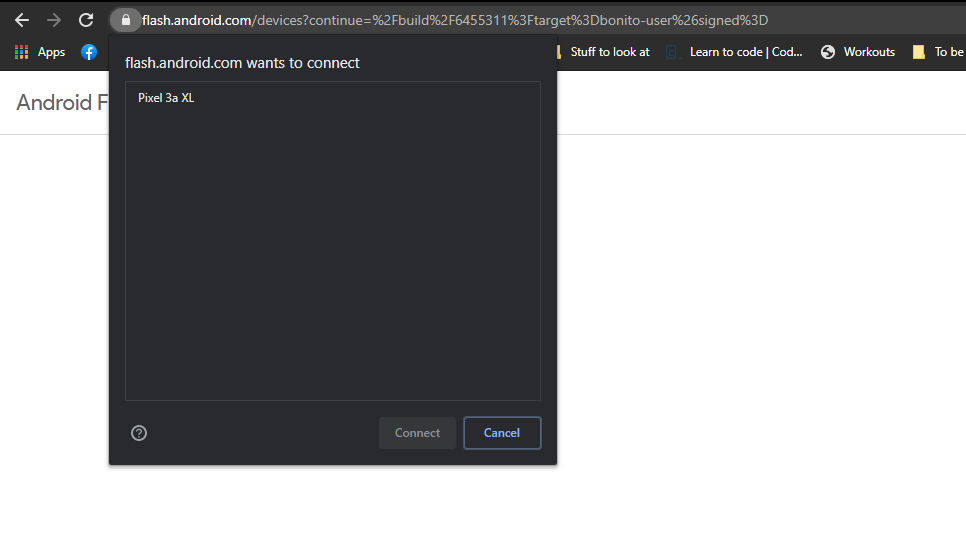 Once your device has been located, you’ll only have to click on it to begin the update process: 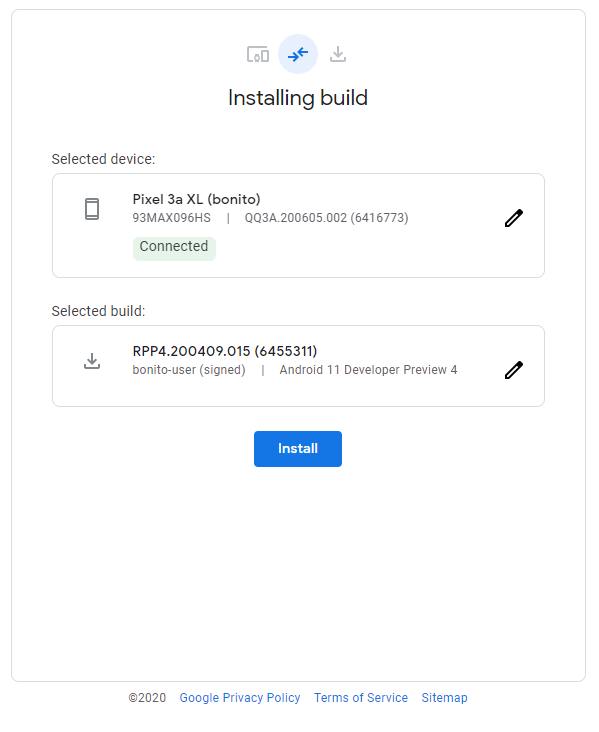 Before you click that button, though, you might want to click on the pencil icon to the right of your build and select the Wipe device option—useful if you want to start from scratch with the beta OS. You should also enable the option to lock the bootloader when you’re done. And, finally, I recommend disabling any adblockers in your browser, or whitelisting Google’s Android Flash Tool, before you begin, or else you might encounter a curious “network error.”

While the installation is happening, don’t touch your Android unless you’re asked to do something. Go get lunch or something so you aren’t tempted to fiddle with your device while the process chugs along. 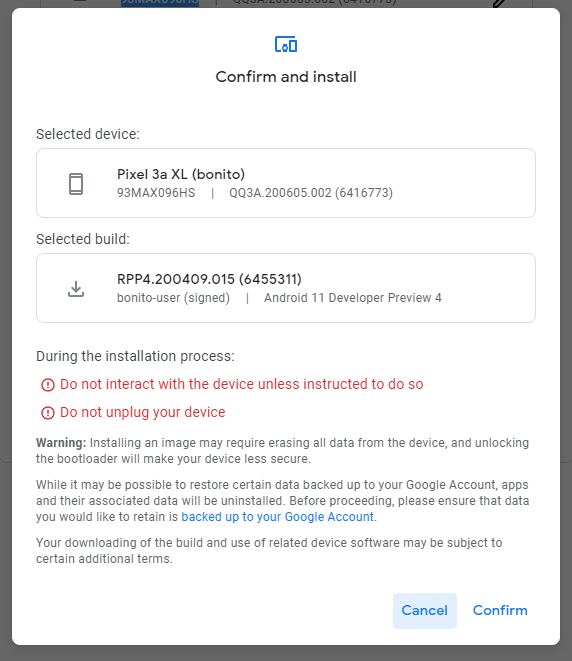 You’ll be asked to unlock your Android’s bootloader on the smartphone itself, and that’s about as much as you’ll need to do while the update downloads and installs. Remember, don’t touch your device. Tempted as you might be to do so, if it looks like it isn’t doing anything, don’t touch your device. The Android Flash Tool will let you know when you need to do something—like re-lock the bootloader. Be patient!