I Removed Photos From An iOS Album And Now They’re Gone Forever?

I love a good scavenger hunt”just not when the object of the search is “photos I wanted to keep on my device forever, but that I now can’t find.” While your phone should be pretty smart about what happens when you remove photos from folders or delete folders or batches of photos, sometimes the entire process can be a little confusing.

And when your photos disappear, even though you didn’t mean to make them disappear, that’s where the fun begins. For this week’s Q&A, I’ll let Lifehacker reader Stuart explain:

Q: Where did my iPad’s photos go?

My wife had 2 albums with the same photos on her iPad, today she deleted the photos in the one album and the contents of both albums were deleted! We’ve looked in the recently deleted photos but they aren’t there either, any suggestions, please?

A: All is (hopefully) not lost

Here’s the good news. I don’t believe that your pictures are gone forever. In fact, I can’t think of a way off the top of my head whereby deleting photos, or albums, or photos within albums, would immediately remove them from your device forever.

Windows users like myself know that fear”thanks to the ol’ Shift+Delete hotkey that some of us use with reckless abandon, we occasionally do find we’ve accidentally deleted something forever (oops). Your iOS “recently deleted” folder, on the other hand, is both your recycling bin and your saviour.

However, just to make sure I’m not talking out of my arse, I did exactly what you described in your prompt. I took a few pictures, created two folders within Photos, and dumped all four of them into one and two of the four into another. When I attempted to delete the two pictures in the second folder, I was given this prompt:

Tap on “Remove from Album,” and that’s all that will happen; they’ll stay in your Camera Roll and they’ll only disappear from the album they were deleted from. If you tap on “Delete,” as you might have done, the images will disappear from that folder, and any other folder you placed them in and from your Camera Roll in general. However, they’re still not gone forever. Not quite.

When I pulled up the Recently Deleted folder, which is found in Photos > Albums if you scroll to the very bottom, the , er, recently deleted images were indeed still there. I’m going to guess there’s a very simple answer for your problem, and it’s in how Apple presents deleted images.

When you first open that folder, you’ll see all of your recently deleted images”anything from the past 30-40 days”with the oldest images at the very bottom, because they have the shortest time between now and their expiration. On my iPhone, my Recently Deleted folder looked like this when I loaded it after deleting those two photos: 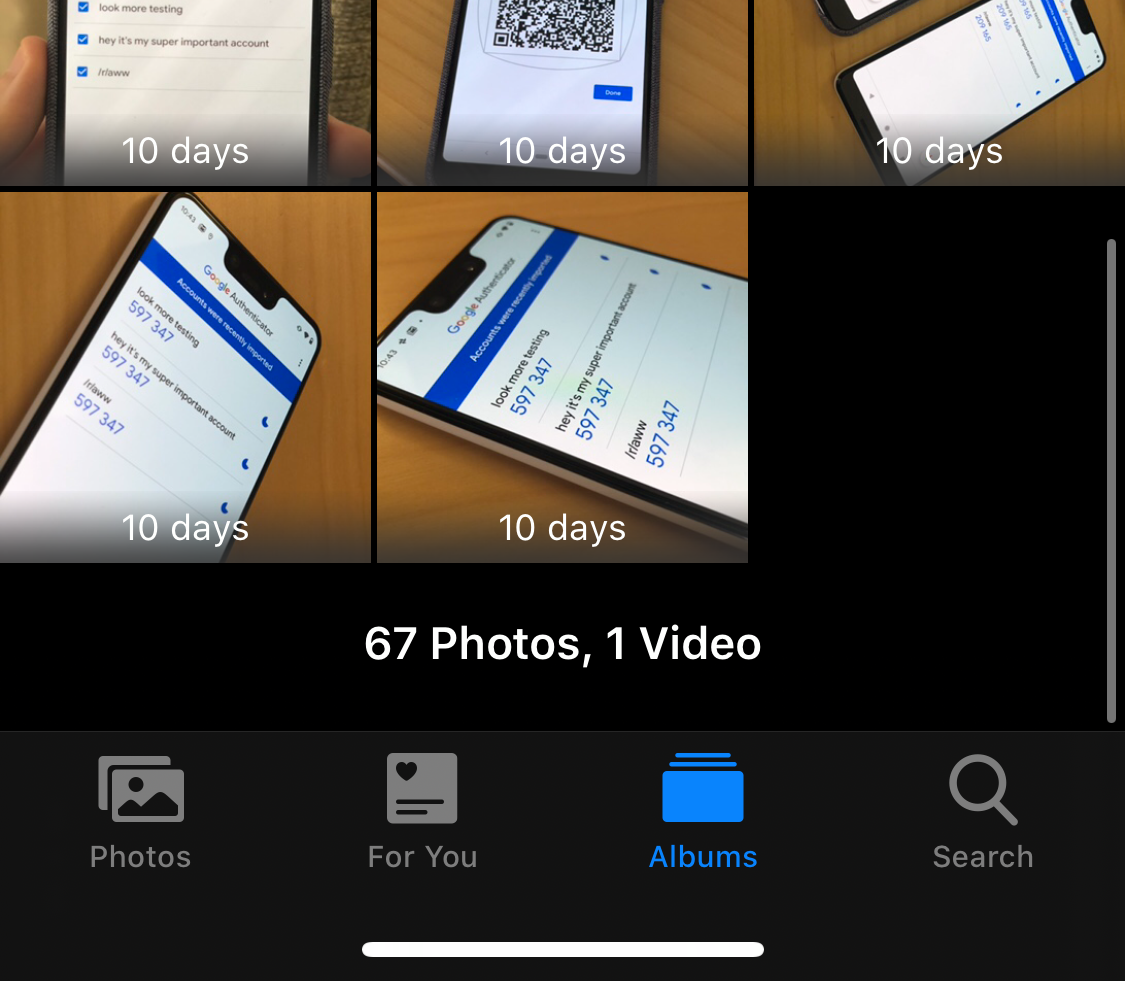 A scroll to the top of Recently Deleted, however, revealed the images I’d just deleted, ready to be restored with a few taps of my finger.

That’s my explanation for why you might have missed your ill-fated photos.Â I’m not aware of any mechanism that would just cause them to simply vanish after being removed from a folder. My only other thought is if you were looking at a shared folder, and the folder’s creator deleted the images within it, then they would indeed disappear from both your Camera Roll and your Recently Deleted folder. They would still appear within either the Camera Roll or the Recently Deleted folder on the shared-folder-creator’s device, so they’re not really lost forever in that scenario, either.

Check iCloud to see if your missing photos have been saved there”both your Camera Roll and the Recently Deleted folder. If that still doesn’t turn up your images”and you haven’t backed them up to a computer or a separate cloud service (like Google Photos)”you can try powering up a device thatÂ you haven’t used in a few days (or weeks). If it was set to sync with iClouD, they’ll still be there. Save them elsewhere and send them to yourself.

Assuming none of these options work, restoring your iPad from a recent backup should also revert whatever changes were made that caused your pics to go poof. Be sure to save any content you’ve created in the interim”other photos, notes, et cetera”as they’ll disappear when you revertÂ to your older backup.