I Must Insist You Pickle Some Rhubarb 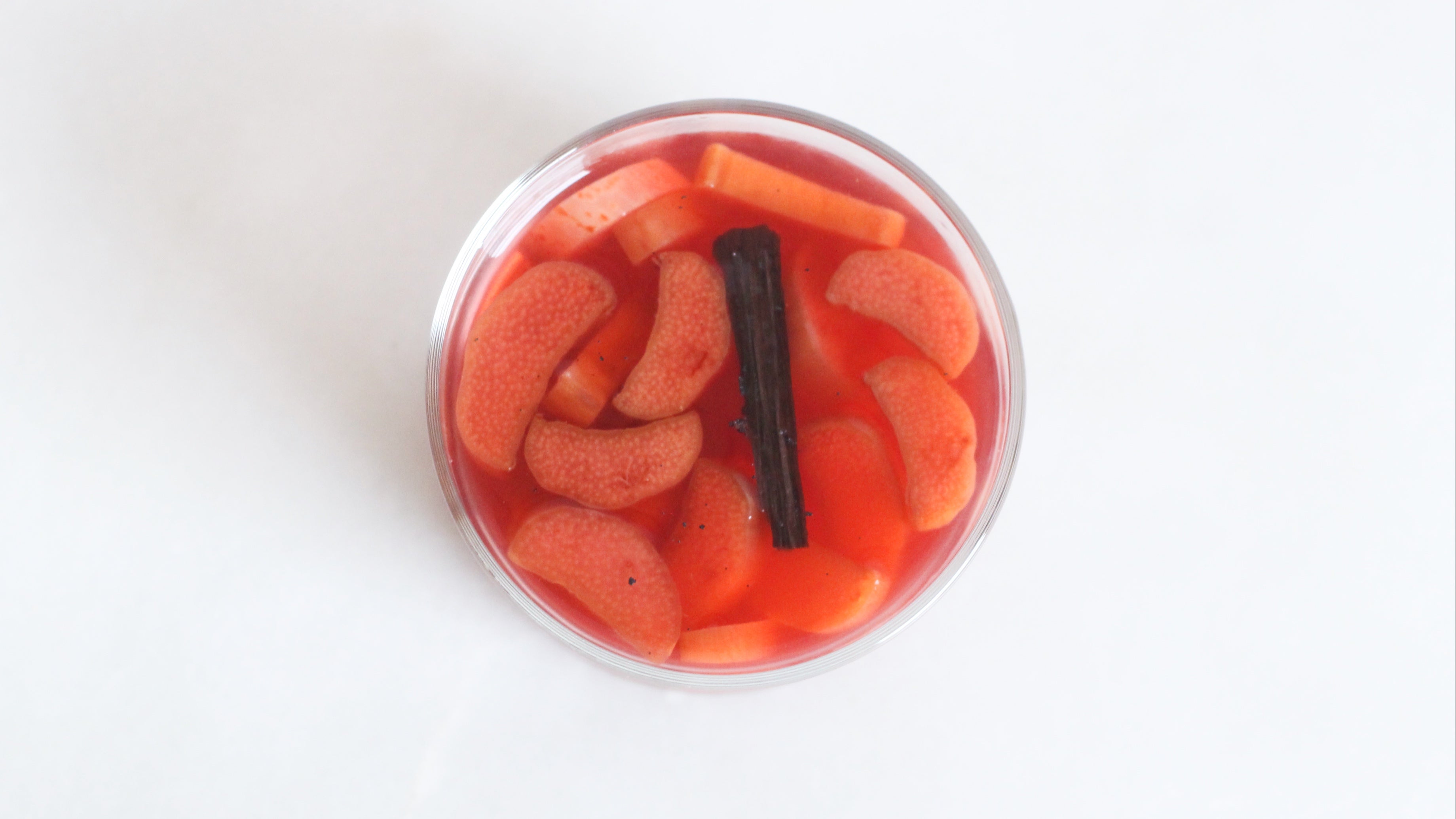 There are many fruits and vegetables that make one think springy, sunny thoughts, but none do it quite like the ruby-hued, super-tart rhubarb. It’s great in pies, jams, and even in vodka, but a quick pickling lets you impart a bit of sweet and sour brightness to virtually every kind of dish.

Basically, this is the closest you can get to a slice of pickled pie. I didn’t realise “pickled pie” was something I even wanted, but it turns out it was something I needed. The ingredients are simple and the steps are easy. In fact, you can use the same brine we used to pickle cherries, though I demand you toss a vanilla bean in no matter what, as it is absolutely crucial to achieving those pie vibes. Other than that, you are free to toss in any other aromatic herbs, spices, and flavourings you deem worthy, or you are also free to keep it minimal and let the rhubarb shine.

To make these pickles, you will need:

Place the rhubarb in two sterilised pint-sized canning jars and set aside. Add the remaining ingredients to a small sauce pan and bring to a boil over high heat. Reduce to a simmer for 30 seconds, then pour the hot brine over the rhubarb, making sure each jar has a vanilla bean half inside. Cover loosely and let the brine come to room temperature, then transfer to the fridge to chill.

Once chilled, enjoy on cheese plates, in salads, in cocktails and on sandwiches. I even put some on a bagel with cream cheese, and it was a taste sensation I will never forget. I’ve also been eating them straight from the jar, like candy, because that’s exactly what they are: delicious, sweet and sour, surprisingly plant-based candy.