If, while scrolling through Netflix’s latest offerings during another in a countless series of evenings in, you felt like you’d already watched every worthwhile film in existence, well, you’d be wrong, but you’d also kinda be right. I can safely say that you will never truly run out of good movies to watch ” but only if you know how to find good movies to watch.

Like sourcing new music, figuring out what’s worth adding to your watch queue beyond the latest blockbusters and award-winners takes time, effort and attention. And increasingly, one of my favourite ways to do it is via podcasts.

Ever since two guys with annoying voices hooked up mics to a computer, there have been film podcasts, but today ” more than a decade into the podcast boom ” there are plenty of them that go well beyond the familiar can-we-still-really-call-them-niches (laughing at crappy movies; obsessively analysing Star Wars).

While I still enjoy plenty of those shows (probably because they are made by and for guys exactly like me), I’ve recently broadened my podcast library to include movie podcasts from a diverse array of voices: Black men, Black women, feminists, gay dudes. Turns out by listening to people who don’t look, think or live lives a lot like mine talk about movies, I can find a bunch of new movies I want to watch ” even if I’m rewatching movies I’ve seen before through new eyes.

Here are 10 of my favourite podcasts for finding new movies to watch. 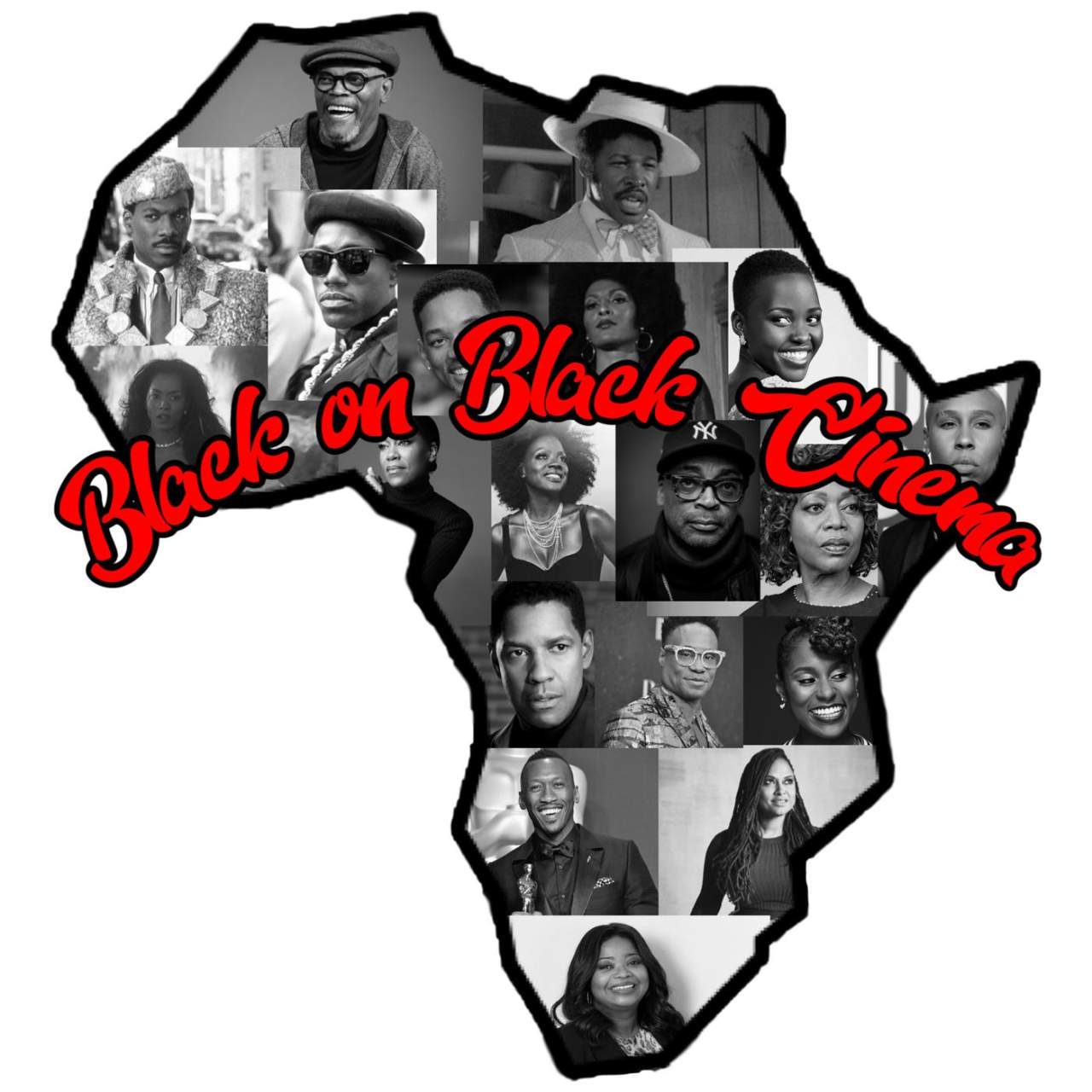 I am new to Black on Black Cinema, but after sampling a few episodes, I can already tell it’s going to make it into my regular rotation. Across 177 episodes to date, hosts Terrence Carpenter, Jay Jacksonrao and Micah Payne ” who, you will not be shocked to learn, are all Black men ” discuss and dissect, with equal parts humour and insightful criticism, works from Black filmmakers in Hollywood ” but also movies from white writers and directors that centre Black actors and characters.

I found the show through a friend’s recommendation of their episode about The Help, released amid the police protests in early June when that 2011 film was inexplicably trending on Netflix. I already knew that movie was heavily problematic, of course ” Green Book before Green Book, in the same “white people learning about/solving racism” category as Driving Miss Daisy ” but their cutting and hilarious analysis of it was enlightening.

Looking over their catalogue, they have discussed lots of movies I haven’t seen or heard of, and I know listening to more of their discussions will prompt me to add titles to my queue. 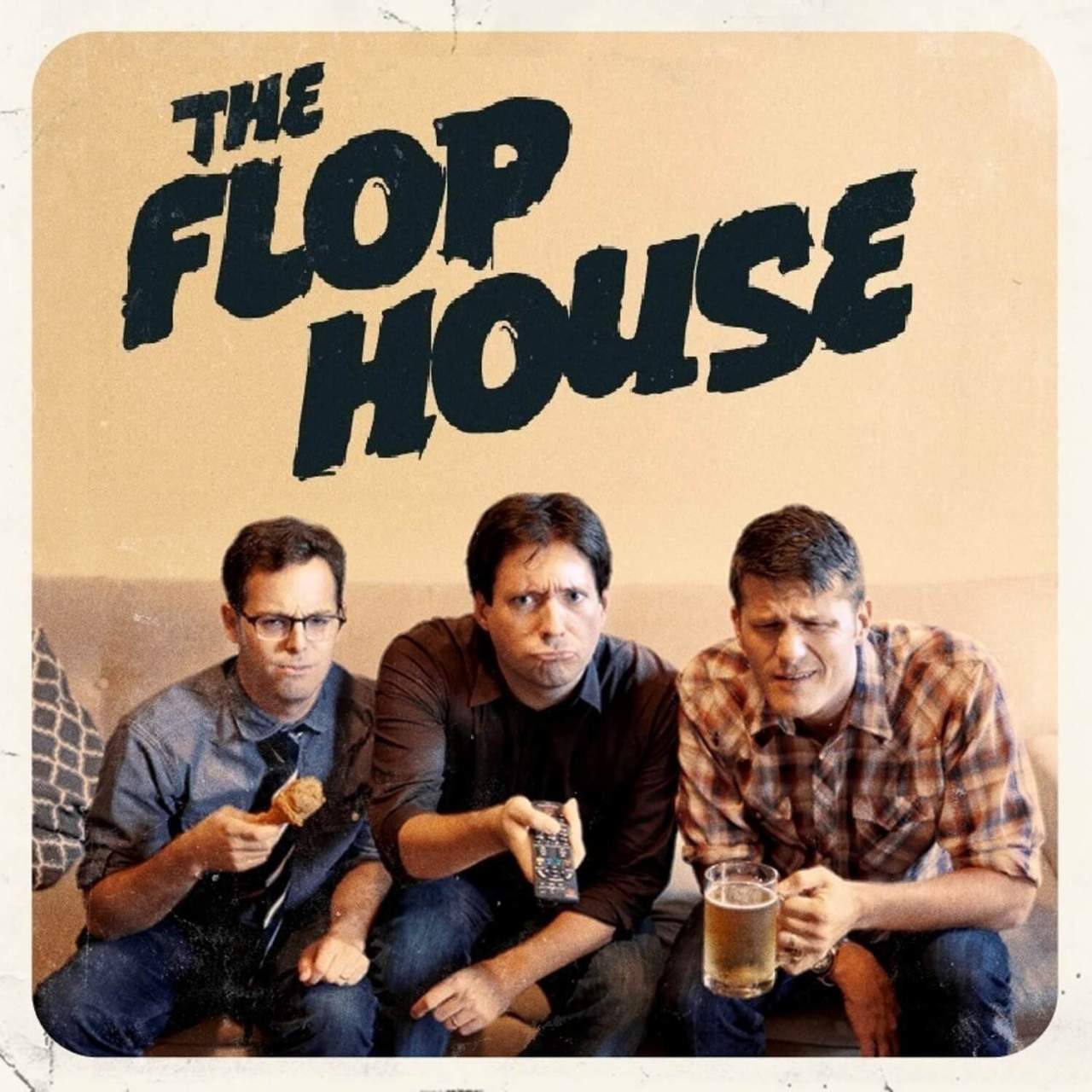 It might be more advisable to think of The Flop House as a podcast to listen to if you want to know what movies not to watch, but there’s also something to be said for learning to appreciate how watching a bad movie can be just as entertaining (if less rewarding) than watching a good one. Across more than 300 episodes, hosts Dan McCoy (a writer for The Daily Show With Trevor Noah), Elliot Kalan (ex-Daily Show head writer and contributor to the reboot of Mystery Science Theatre 3000) and Stuart Wellington (er, co-owner of several bars in Brooklyn, but hey, they are pretty great bars) have made doing so into something of an art.

The trio (and sometimes a guest) bring a goofy, good-natured exasperation to their analyses of films that failed either at the box office or with critics (usually both) as they recount their ludicrous plot turns and poorly developed characters and find fun even amid the most torturous of cinematic experiences. Few of the movies they’ve covered are “worth” watching (Cats excepted), but I often end an episode wanting to watch them anyway. And if bad movies don’t float your boat, they end each show with recommendations of others that are actually worth your time. 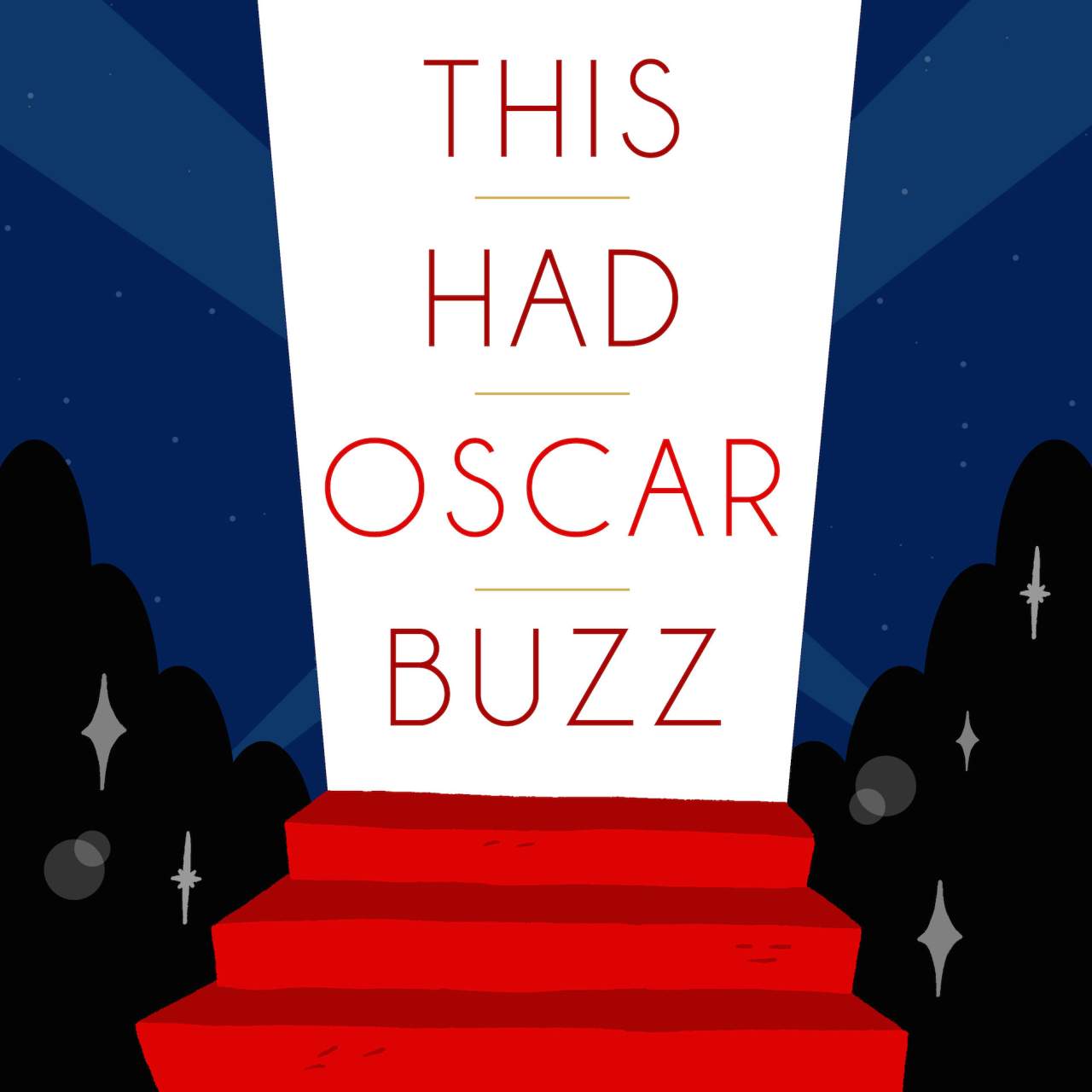 This Had Oscar Buzz

The Academy Awards have been referred to as the Gay Super Bowl, and on this podcast, co-hosts and film critics Joe Reid and Chris Feil certainly dive into analyses of historical Oscar races with all the zeal and expertise of your office’s most annoying fantasy football enthusiast. Each week they choose a film that the Oscars forgot ” movies that featured big stars or accomplished directors, cred that got people talking about their awards potential… but then, “the Oscar hopes died and [they’re] here to perform the autopsy.”

What I love about this show is that it covers a lot of movies I’ve “heard were good” (hence the buzz) but haven’t gotten around to watching. It isn’t a bad movie podcast per se ” some of the films they cover are truly great and were unjustly ignored (I heart I Heart Huckabees) ” so it’s a great way to find worthy, watchable films, and as an Oscar geek myself, I love their chatter about why a particular film didn’t quite make it onto the ballot. 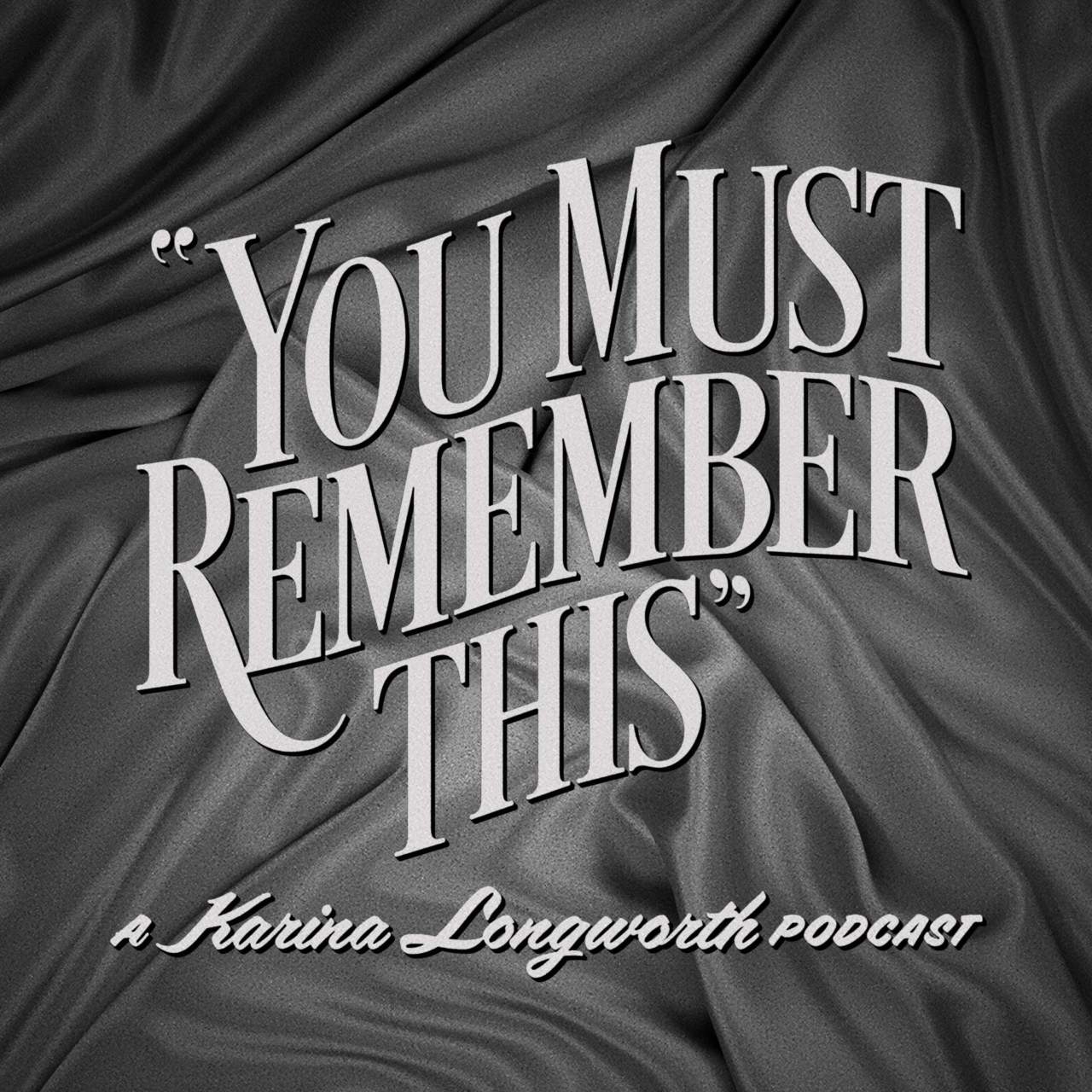 You Must Remember This

If you’re of the opinion that old black and white movies are dumb, slow and boring, this acclaimed podcast will change your mind, and fast. It’s a bit of an outlier on this list, in that rather than reviewing or discussing a single film in each episode, host Karina Longworth ” who also researches, writes and produces the show ” takes a deep dive into Hollywood history to place classic flicks, legendary stars and forgotten examples of both in their proper context.

Listening to Longworth discuss the rise and fall of MGM or the sad stories of Tinsel Town’s many doomed dead blondes has helped me grow my knowledge of film history well beyond any classes I took in college, and given that she name-drops tons of old movies in every episode, I’m never left without a new title to add to my to-watch list. Even better: She’s given me a great method to choose which one of them to watch next. 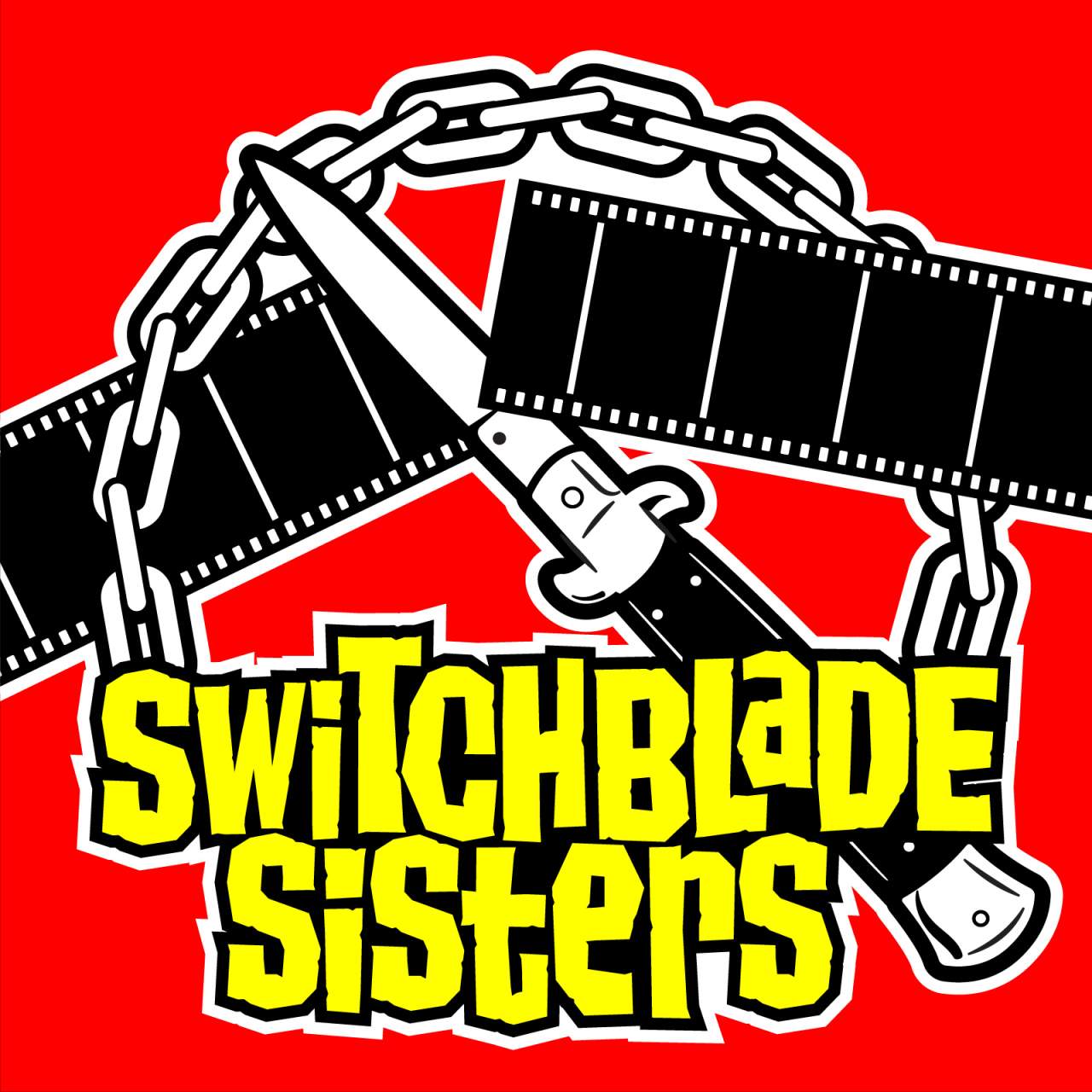 With a moniker taken from a ’70s exploitation flick about a teen girl gang, this podcast dives into genre films from a feminist perspective. In each episode, film critic April Wolfe is joined by a female filmmaker to “slice and dice” a piece of genre cinema, from gritty action films like Drive to high-concept sci-fi like Gattaca, to name to recent, fascinating episodes.

Wolfe is a great host, and well-connected enough that she garners the attention of great guests the likes of nerd icon Felicia Day and Birds of Prey director Cathy Yan. If you love genre films ” and the definition of genre is pretty wide for the purposes of this show ” it’s an essential listen. 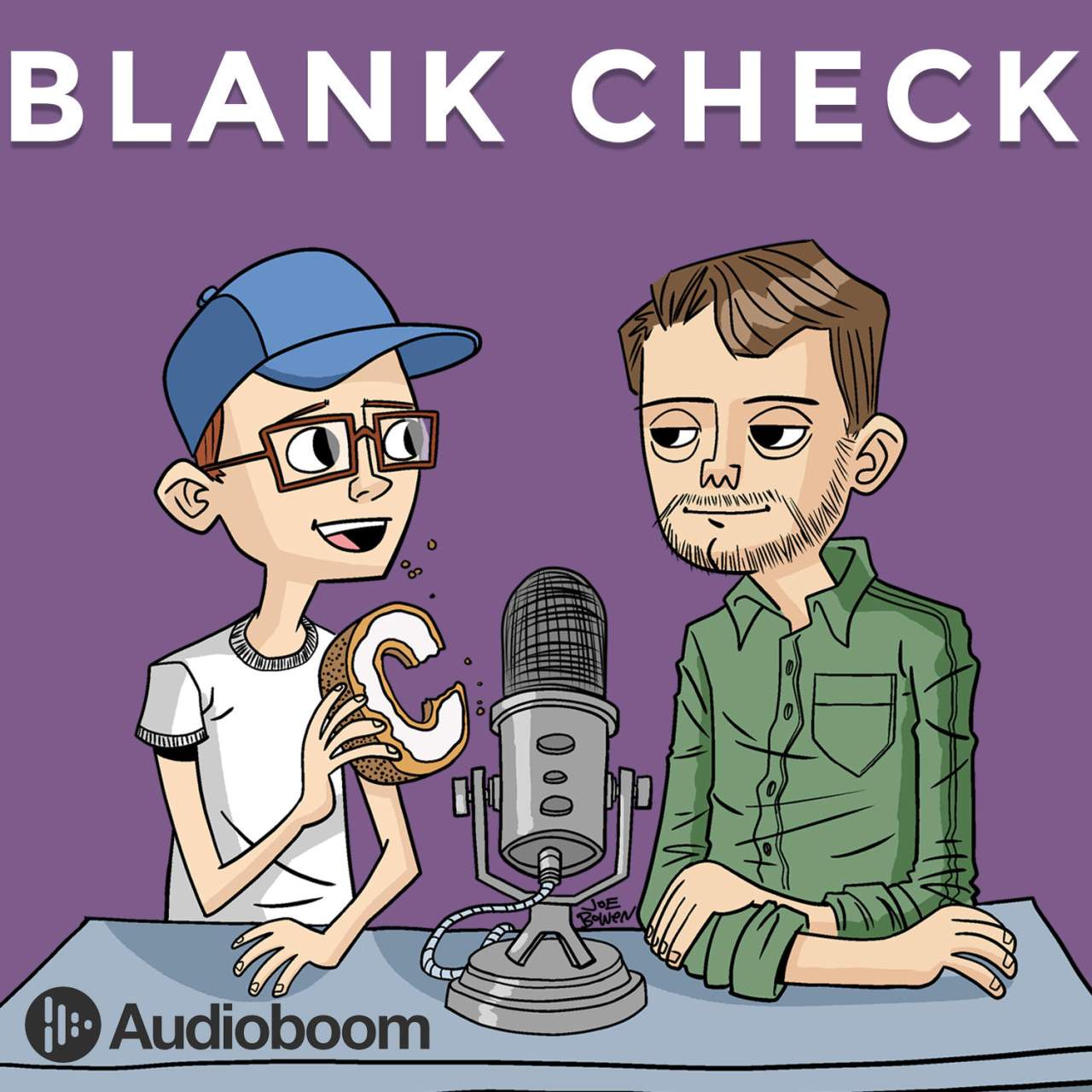 Blank Check With Griffin and David

What began as a jokey attempt to dissect the Star Wars prequels has become one of my favourite podcasts ever, as hosts Griffin Newman (an actor you may recognise from Prime Video’s The Tick) and David Sims (a critic for The Atlantic) delve into lengthy mini-series focused on the entire filmographies of a particular director. The idea is that these filmmakers made one movie that was such a hit, it gave them the clout to do whatever projects they wanted after that, so seeing what movies they chose to make ” and hearing the hosts’ and their guests’ considerations of why they made them ” is addictive. It’s a great way to explore deep cuts from a director you may not be overly familiar with ” if The Silence of the Lambs is the only Jonathan Demme film you’ve ever seen, their Jonathan Demme “Stop Making Podcasts” mini will definitely make you want to check out a few more.

The show can meander as the hosts spend a lot of time talking about anything but the week’s movie at the beginning of an episode, but you get used to it. They definitely come at things from a white dude perspective, but they are making strides to be more inclusive in who they invite on as guests and what filmmakers they cover. They haven’t covered many women filmmakers in the past, but I’m really digging their current exploration of the career of Nora Ephron. 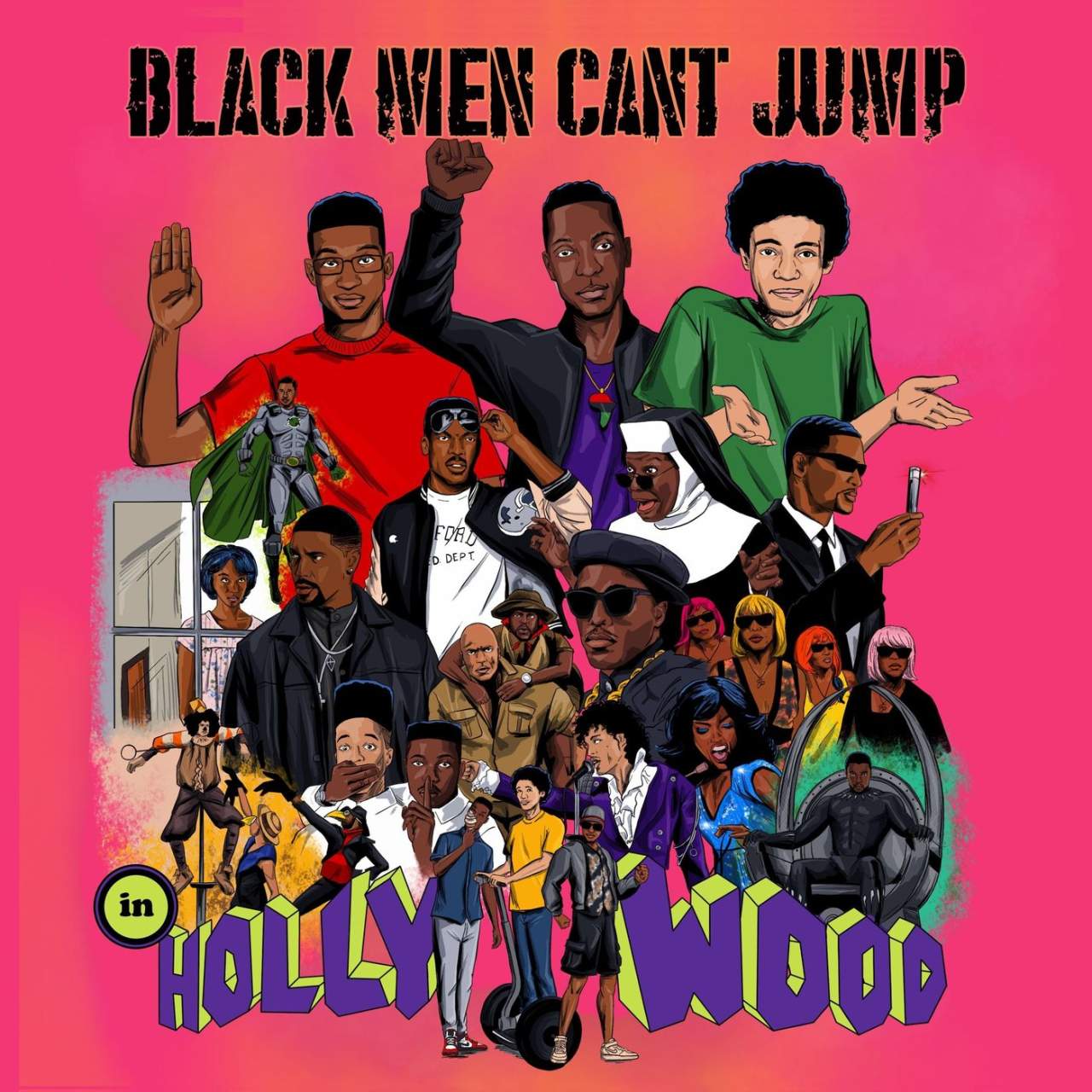 Hosted by Jonathan Braylock, Jerah Milligan, and James III, this is another podcast exploring the films of Black actors in Hollywood, though from a more consistently humorous bent than Black on Black Cinema. They get some great guests on to discuss mostly mainstream films ” The Siege and American Gangster with Denzel Washington were featured on recent eps ” and exploring works by Black directors (the career of John Singleton, from Boyz N the Hood to Poetic Justice). The hosts’ discussions of the kinds of roles Black actors can find in Hollywood ” or, in rarer cases, make for themselves ” is always enlightening and entertaining. 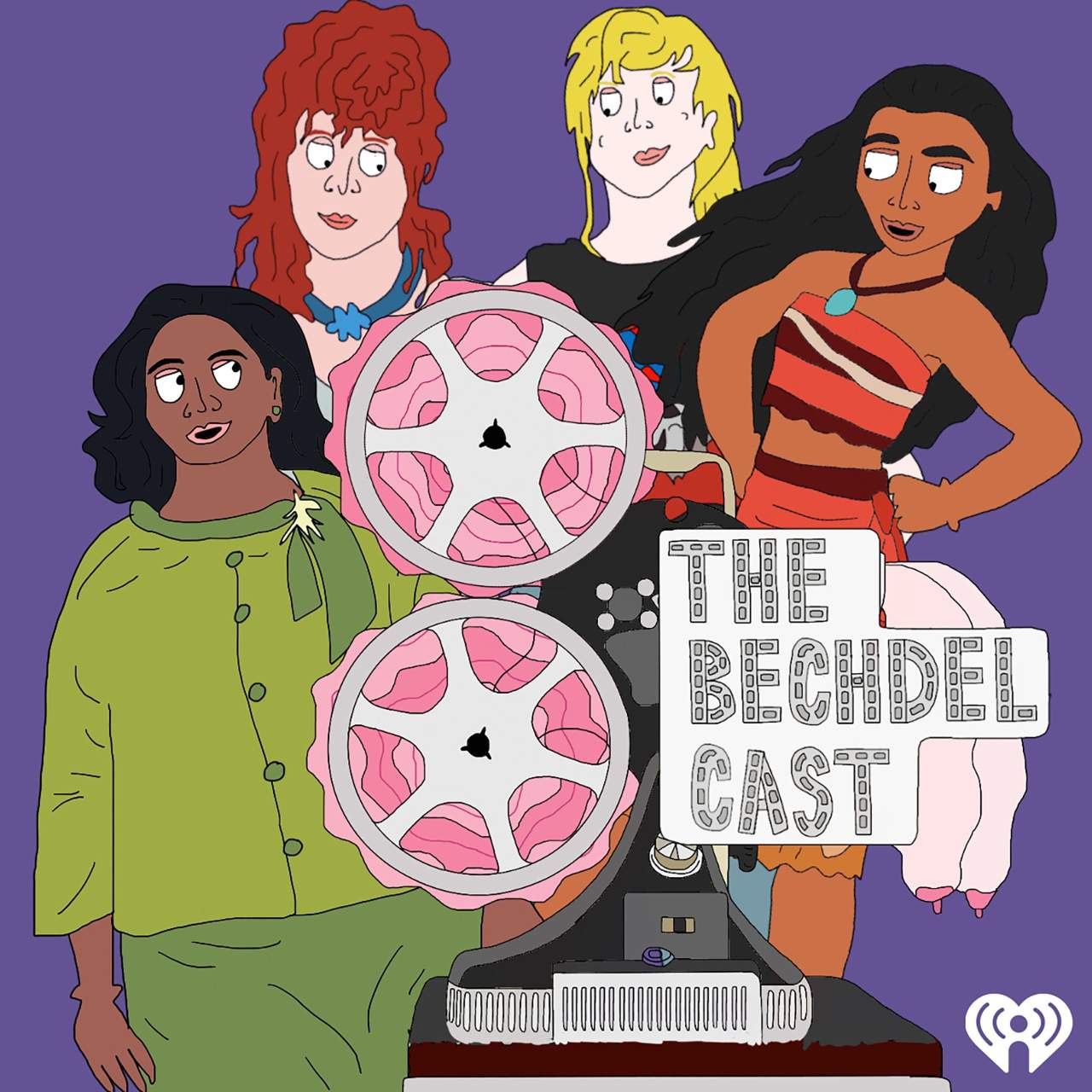 The Bechdel Test has become a meme of sorts ” a way to analyse how women are depicted in film by counting up their scenes that don’t involve or revolve around men. This podcast was inspired by but goes deeper than the original parameters of the test, as hosts Caitlin Durante and Jamie Loftus (both L.A.-based comedians) take a look at films from a feminist perspective, considering how female and female-identifying characters are treated in films.

The discussions are a good mix of humorous and insightful, and typically features a guest from within the worlds of filmmaking or comedy. Recently, the hosts have made strides to be more inclusive of varying experiences of womanhood in their selection of guests and films (including a recent episode on Tangerine, a film about a transgender sex worker, that featured guest hosts Violet Grey and Dahlia Belle). 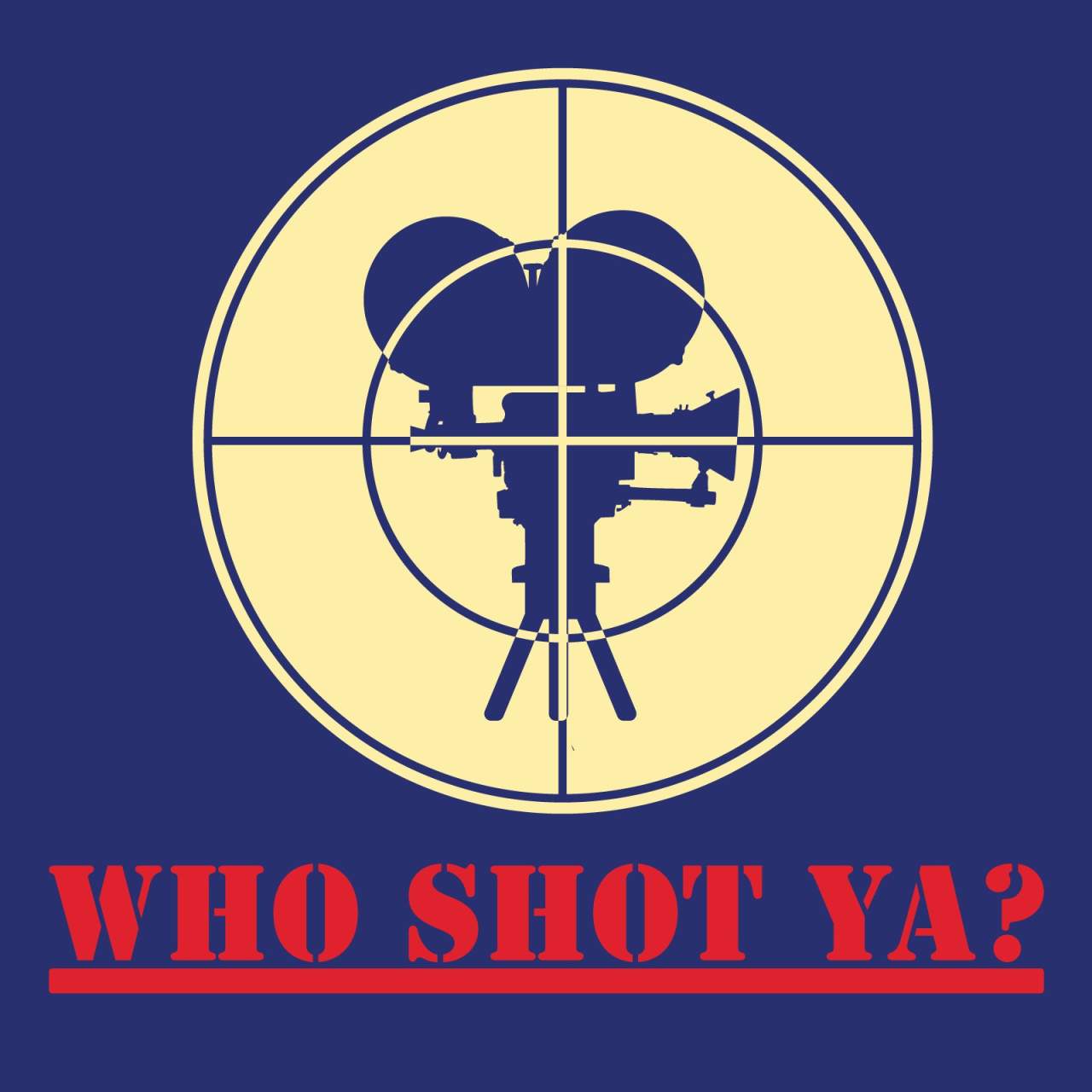 Explicitly “a podcast that isn’t just a bunch of straight white dudes,” Who Shot Ya? is hosted by comedian Ify Nwadiwe, filmmaker Drea Clark and film critic Alonso Duralde. The focus is more general than some of the other shows on this list ” in that it isn’t explicitly aimed at exploring issues of race and representation (though they certainly come up). Episodes focus on a single film or are part of a franchise analysis (they recently wrapped a series of shows focused on the Fast & Furious flicks).

I really like this show for the wide range of films they cover, from the blockbuster anime your name. to the trashy horror and lazy social commentary of last year’s The Hunt. 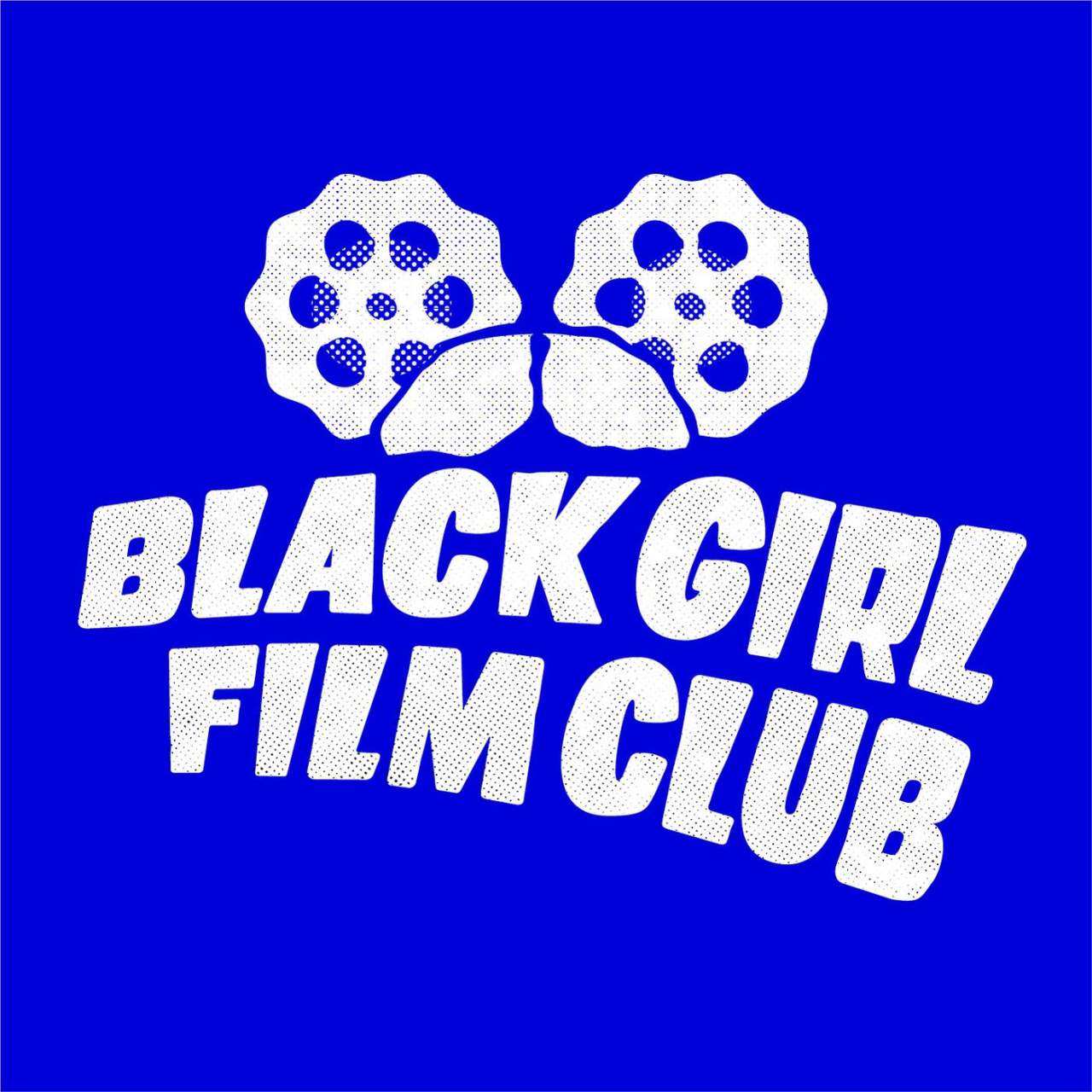 The idea for Black Girl Film Club sprang from hosts Ashley and Britney’s desire to talk about movies from their “often underrepresented point-of-view” ” that of two Black girls ” and it’s a super fun, super smart show that covers all sorts of movies; recent episodes focused on everything from the costume design of Sofia Coppola’s Marie Antoinette to the directorial excess of Baz Luhrmann’s Romeo + Juliet (one of this ’90s kid’s personal faves).

Even just a peek through their back catalogue reminded me of a dozen or so movies I’ve really been meaning to watch, and their discussions of them are a great teaser (or chaser) for your movie-watching experience.