You Should Make Sausage Ball Waffles 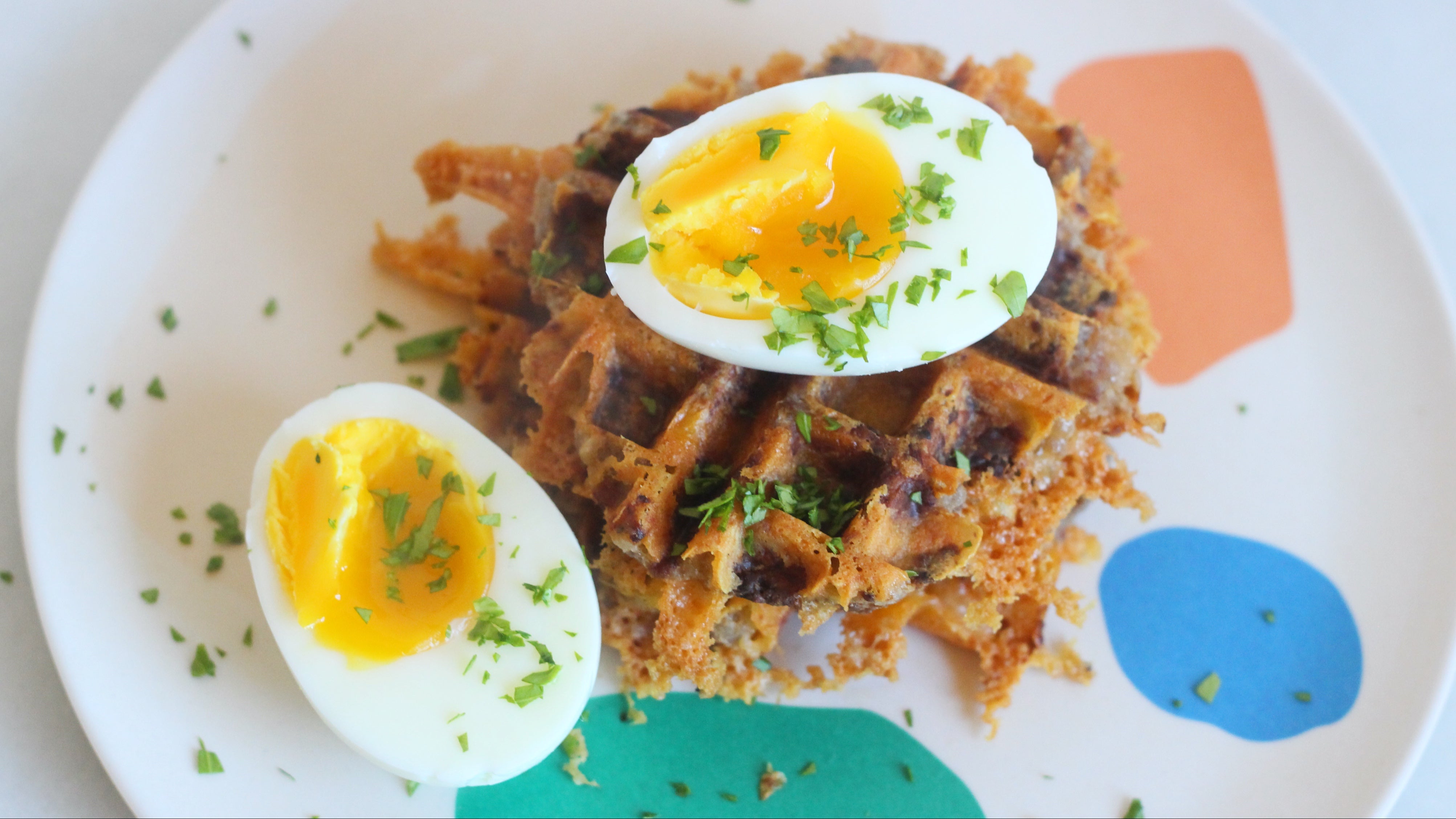 I have been doing two things during quarantine: making sausage and (less successfully) reorganising my kitchen. The former has become an obsession—I’ve nearly perfected my breakfast sausage—but the latter led me to a forgotten collection of bright blue Jiffy boxes, including but not limited to a biscuit mix. Obviously, everything clicked into place—I needed to make sausage balls.

Ask any person from the Southern United States if it is sausage-ball season, and they will probably tell you that it is not sausage-ball season. The combination of sausage, baking mix, and shredded cheese is usually baked up into tender morsels and served as a holiday party snack or Christmas morning treat. That, coupled with the fact that it is starting to warm up for real, means most people are not exactly enthusiastic about turning their oven on for a salty, cheesy, meaty snack.

This is, of course, where the waffle maker comes in. It may not be sausage-ball season, but it is the era of the sausage-ball waffle. When pressed in a waffle maker (which does not heat your home like an oven), the mixture of meat, cheese, and biscuit mix flattens into a divoted, crispy waffle that can serve as a delivery system for eggs or maple syrup. After I took the photo you see above, I immediately smashed the soft-boiled egg in between the two waffles, added a slice of cheese, and enjoyed an exceptional breakfast sandwich. I imagine it would work in a situation Benedict as well.

These waffles are almost offensively easy to make, but good, well-seasoned sausage will give you the best results. I used the ratios from this Allrecipes recipe, which can be scaled up or down, but the below will bless you with four waffles. To make them, you will need:

Heat your waffle maker to medium. While it’s warming, combine all ingredients in a bowl and mix and mash into your hands until everything sticks together in mass of meat and cheese. Divide the mixture into four equal parts and shape them into 4cm-thick pucks. Cook them in your waffle maker according to the manufacturer’s instructions, until they are crispy and browned on the outside. Top with eggs, drown in syrup, or simply eat them out of your hand while standing in the kitchen.