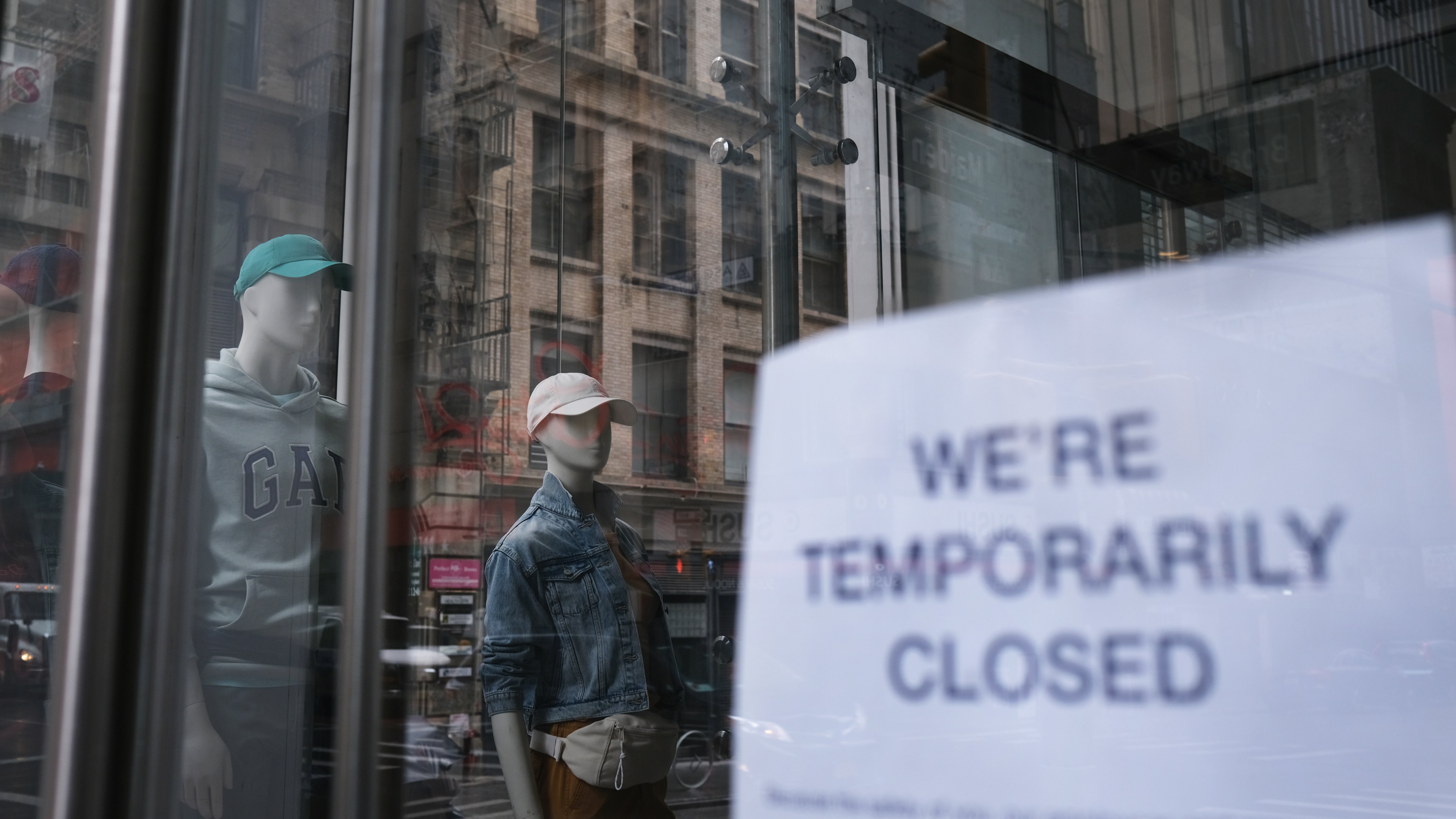 Although the process of reopening the global economy post-pandemic will be long and complex, there’s already plenty of speculation about what the economic recovery will look like.

And it sounds like someone’s reading out of a bowl of alphabet soup. Talking about the shape of the recovery in shapes named after letters is a way for economy watchers to make predictions about economic growth without having to pin it all on actual numbers.

When you hear people referring to these recovery shapes, they’re talking about the way things look when plotted on a graph. That could be a graph for just about any indicator of the economy’s health—some common ones are the country’s gross domestic product (GDP) and employment rates.

Let’s explore this alphabet, shall we?

You have a sharp period of decline, followed by a sharp period of recovery: There’s a big event that shakes up everything, but then the economy recalibrates to the “new normal.” It is sometimes referred to as the “square root” or “Nike Swoosh” of recovery curves, though some people would argue that a swoosh is not as good as a V because the recovery takes longer.

This is the one everyone’s talking about (and hoping for) right now.

It’s like the V shape, but it takes longer for recovery to begin. You have a sudden decline, a period of stagnation, and then a strong period of recovery.

This happened back in the early ‘80s, Investopedia points out: There was a recession in 1980, then almost a full year of recovery before a second recession took place in 1981.

Since we gnerally don’t know we’re entering a recession until we’re in one, this recovery shape drives home why it’s important to consider your own personal investments—like your retirement savings—for the long-term instead of reacting to current events. It can take some time for a downturn to settle itself out and you don’t know if a “double-dip” recession is going to take place before longer-term recovery.

There’s a downturn, but then recovery is even better than economic indicators were pointing to before the downturn. This is the really optimistic one.

This is the really bad one: There’s a steep drop in economic performance, and recovery takes a long time at a slow rate. You’ll see high unemployment rates that drag on or storefronts that stay empty for years after their businesses close.

And if the horizontal part of the L lingers long enough, it’s likely you’re in a depression. It might surprise you to hear that the Great Recession was actually an L-shaped recovery—it was the slowest economic recovery of the post-World War II era. But depending on what graph you’re looking at, it may not appear that way. It took years for employment to bounce back, though the GDP experienced rapid recovery. If you’re looking at a chart for the latter, you’re not seeing the L shape.

What letter-shape are we in right now?

As recently as mid-May, there was a lot of speculation that the U.S. would see a V-shaped recovery after the pandemic. Businesses would reopen, travel would resume and we’d bounce back like a basketball. But as lockdowns dragged on, the tune started to change—maybe more of a swoosh shape than a V.

An HSBC executive told CNBC that the global economy will most likely see a U-shaped recovery with a “jagged bottom,” which honestly, sounds more like a W, but ok. That jagged bottom could occur from economies reopening in fits and starts and potentially needing to adjust reopening procedures in the event of increased infection rates.

The Brookings Institution says that economic recovery will depend on how quickly damage can be repaired in four main categories:

While speculating about the shape of economic recovery may make for interesting discussion, we won’t know the true outcome until we’re in the midst of said recovery. And our recovery from this particular period of crisis may look different from anything we’ve seen in a long time.