What To Do If Your Old LiveJournal Password Was Leaked 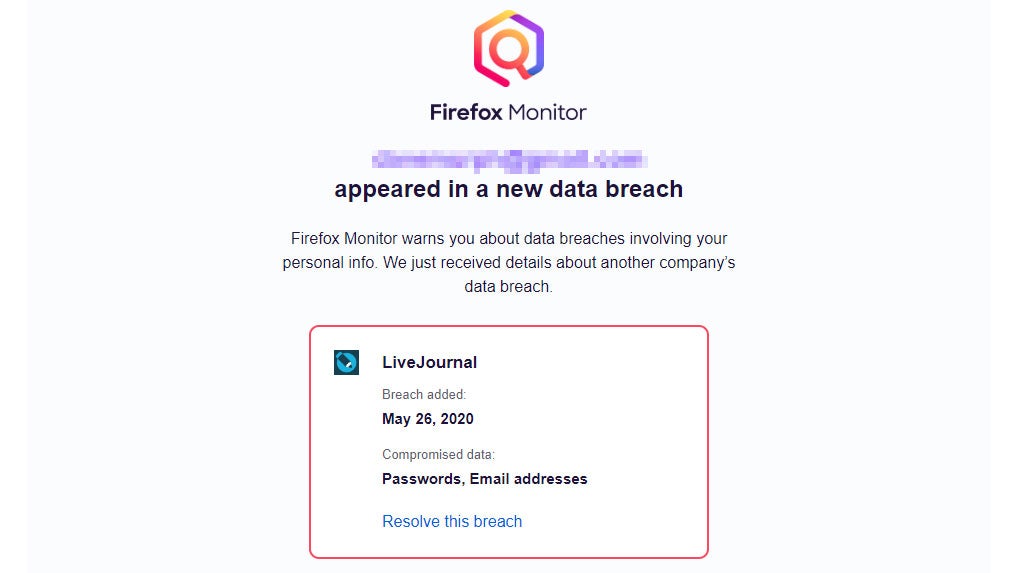 I love getting emails from Firefox Monitor that tell me my email was found in a brand-new data breach. Adding insult to injury is when it’s an email for a service I haven’t used for a decade. And the Triple Crown of this scenario is when that service is Livejournal—you know, that place everyone blogged before Tumblr was cool.

The quirky part of this Livejournal data breach is that the data, itself, isn’t all that new. As ZDNet reports, the breach allegedly occurred back in 2014. The data contained within it—usernames, emails, and plaintext passwords for more than 26 million Livejournal users—has been making the rounds since then. It’s only popping up on your radar now, if you’re using one of the many account-breach-notification services available, because all these stolen items have, themselves, been leaked.

(It’s worth noting that Livejournal’s owner, the Rambler Group, denies that its servers were ever breached; they claim these user names and passwords were collected from various other malware and brute-force attacks.)

Screenshot: David Murphy, Have I Been Pwned

Here’s the silver lining, though: You probably haven’t used LiveJournal in years. And this breach is so old that odds are good you’ve moved on from whatever password it is you previously used for your online journal. You might still have the same email address—I do!—but you’re probably already in the clear as far as account security goes.

Still, if you ever used LiveJournal, you’re going to want to do the following::