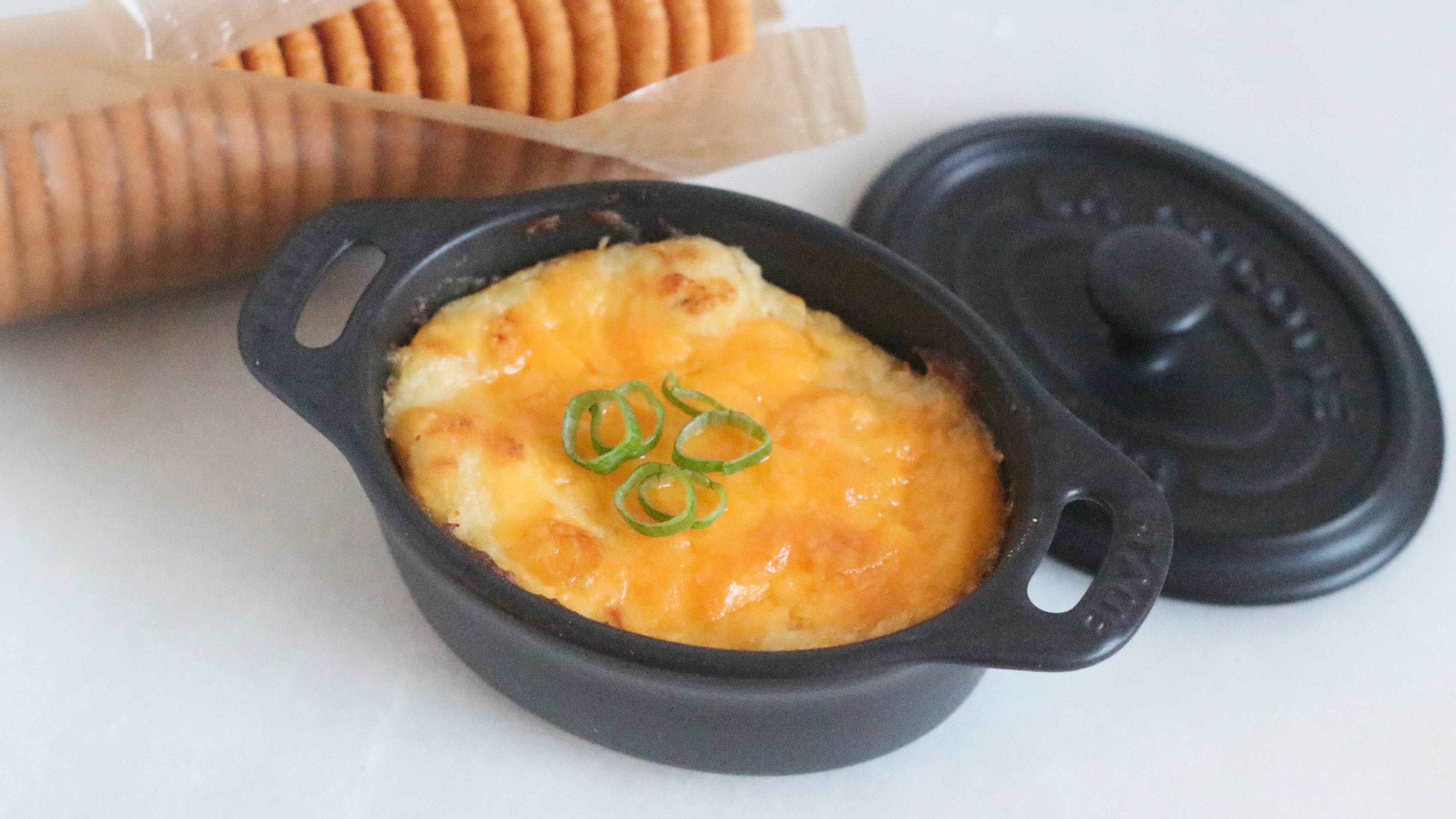 There’s a fine line between a hot dip and a casserole. Both have golden brown tops and creamy interiors, but the difference lies in how you transport them to your mouth. If you can use a chip or a cracker as a delivery system, it’s a dip—that’s the rule.

Mashed potato dip is, essentially, creamier mashed potatoes that you eat with crackers. You could eat it with a spoon (and I have), but there’s an almost scandalous sensibility to scooping up a mashed root-based carb with a crunchy wheat-based carb. It’s just comforting carbs all the way down.

It’s also a perfect use for an awkward, not-quite-single serving of mashed potatoes. Adding sour cream stretches the last bit of leftovers, making them a bit more shareable. Mashed potato dip is also entirely customisable. Loaded baked potato toppings make great mix-ins, but you can crumble in blue cheese, add shredded chicken and buffalo sauce, or sprinkle in a packet of ranch (or ramen) powder. Have a bunch of fresh herbs on the verge of wilting into oblivion? Chop ‘em up for mashed potato dip. Want an excuse to eat too much nutritional yeast? Stir in some savoury yellow flakes. I added a teaspoon of Trader Joe’s mushroom powder to mine. It was very good.

The “recipe” for mashed potato dip is really just “add an obscene amount of sour cream to mashed potatoes,” but I’ve found a general ratio of two parts potato to one part sour cream works pretty well. I also like adding a tablespoon or two of mayo, just to get things extra-creamy. I have been known to eat the dip cold, but popping it in the oven with some shredded cheese on top is the ultimate move.

To make mashed potato dip, you will need:

Mix the potatoes, sour cream, and mayo in a bowl and give the mixture a little taste. Season with salt and pepper if needed (this will depend on how seasoned your potatoes were to begin with). Add any mix-ins, give it another stir, and transfer to an oven safe vessel. Top with enough cheese to cover the top, then cook in a 190 degrees Celsius oven until the cheese is melted. Switch your oven to “broil,” and let that baby get all bubbly and browned. Top with some scallions and serve immediately.