As the weather starts to cool down, many of us will fire up our dusty ovens once more and chuck a few veggies or meats in for a roast. A fan favourite is the roasted potato but what many home cooks might not know is just one ingredient is needed to turn your average spuds into perfectly crunchy, roasted 'tatoes. That new friend is duck fat.

I'd never really heard of duck fat, or how to use it, until a friend insisted on spreading it over the roasting potatoes one Friendsmas. Instead of putting olive oil over my chopped potatoes, we brushed them over with duck fat and sprinkled a generous amount of salt.

After the potatoes looked sufficiently golden and crunchy, which took a little over an hour from memory, they were ready to serve. I soon became a believer in duck fat roasted potatoes after I took that first bite.

Duck fat can be bought at Woolies and Coles for just under $7 for a 200 gram jar. Sure, that might not be as cheap as a bottle of olive oil but think of it as a little treat for when you're wanting restaurant quality potatoes.

Since I first dipped my toes into the world of duck fat potatoes, I've looked up some recipes that will make you take a few extra steps than I did. If you're feeling lazy, just melt the duck fat into a liquid and brush it on. You won't get the world's best crunchy potato but they're still probably tastier than any olive oil roasted ones. If you're aiming for something special and don't mind taking a few extra steps, this recipe from Recipe Tin Eats will get you there.

I don't doubt for a second that the above recipe delivers some of the finest roasted spuds you've ever tasted but if you're time poor, spending that much time on one aspect of a meal is too much for most weekday evenings. Instead, you can skip some of the steps such as the par-boiling as long as you don't mind waiting a bit longer for the potatoes to cook.

The end result will be something great either way. 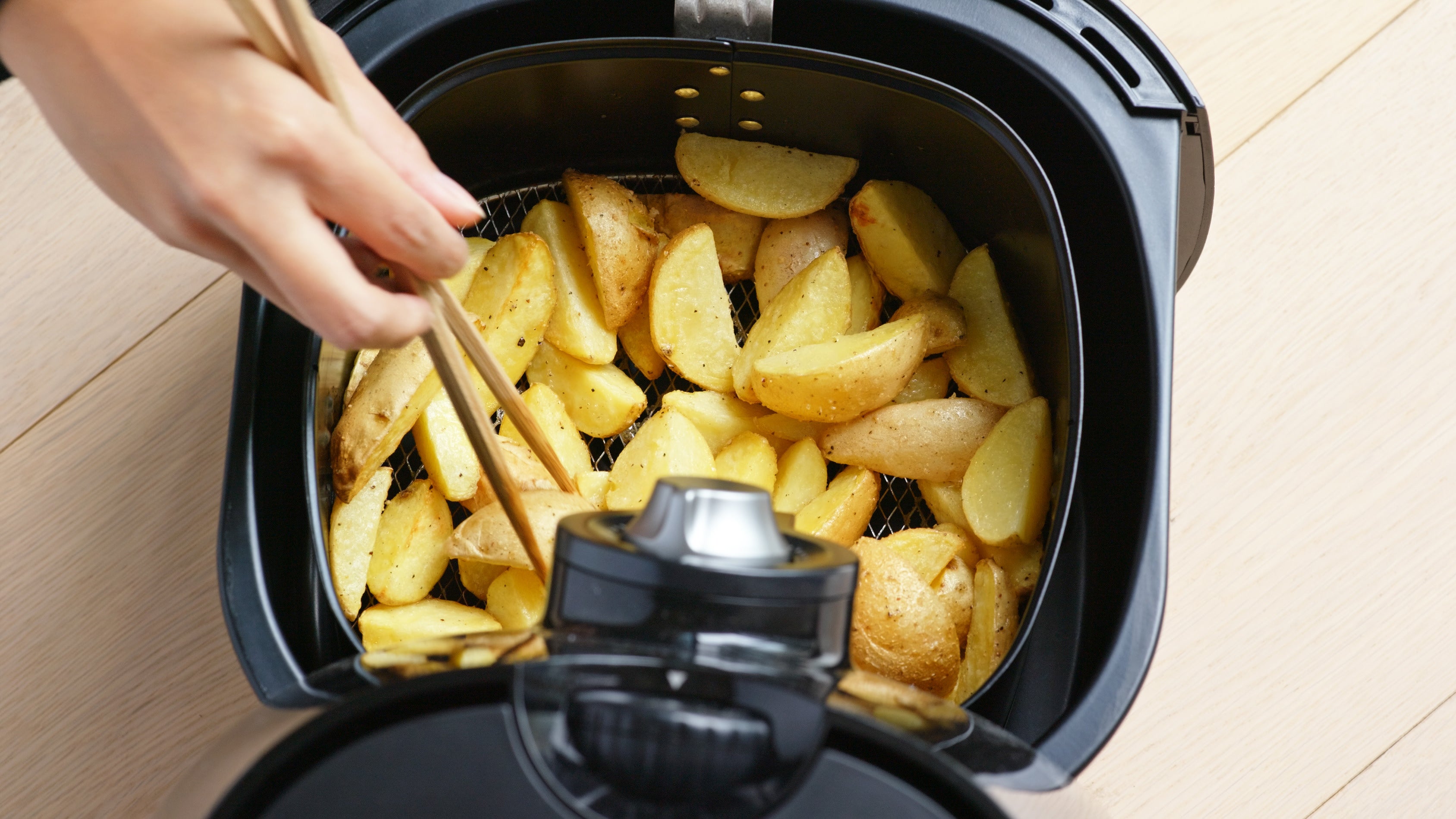 Use Your Air Fryer To Make Extra-Crunchy Potatoes

Cooking is essential housework now, with many restaurants closed and extra mouths to feed parked at the table for all three meals. I don’t know about y’all, but frozen food was the first thing that was cleaned out of my local grocery store as I slowly stocked up in late February. For the past month, the much-beloved tater tots, hash browns, and bagged fries I enjoy cooking in the air fryer have been fully sold out.