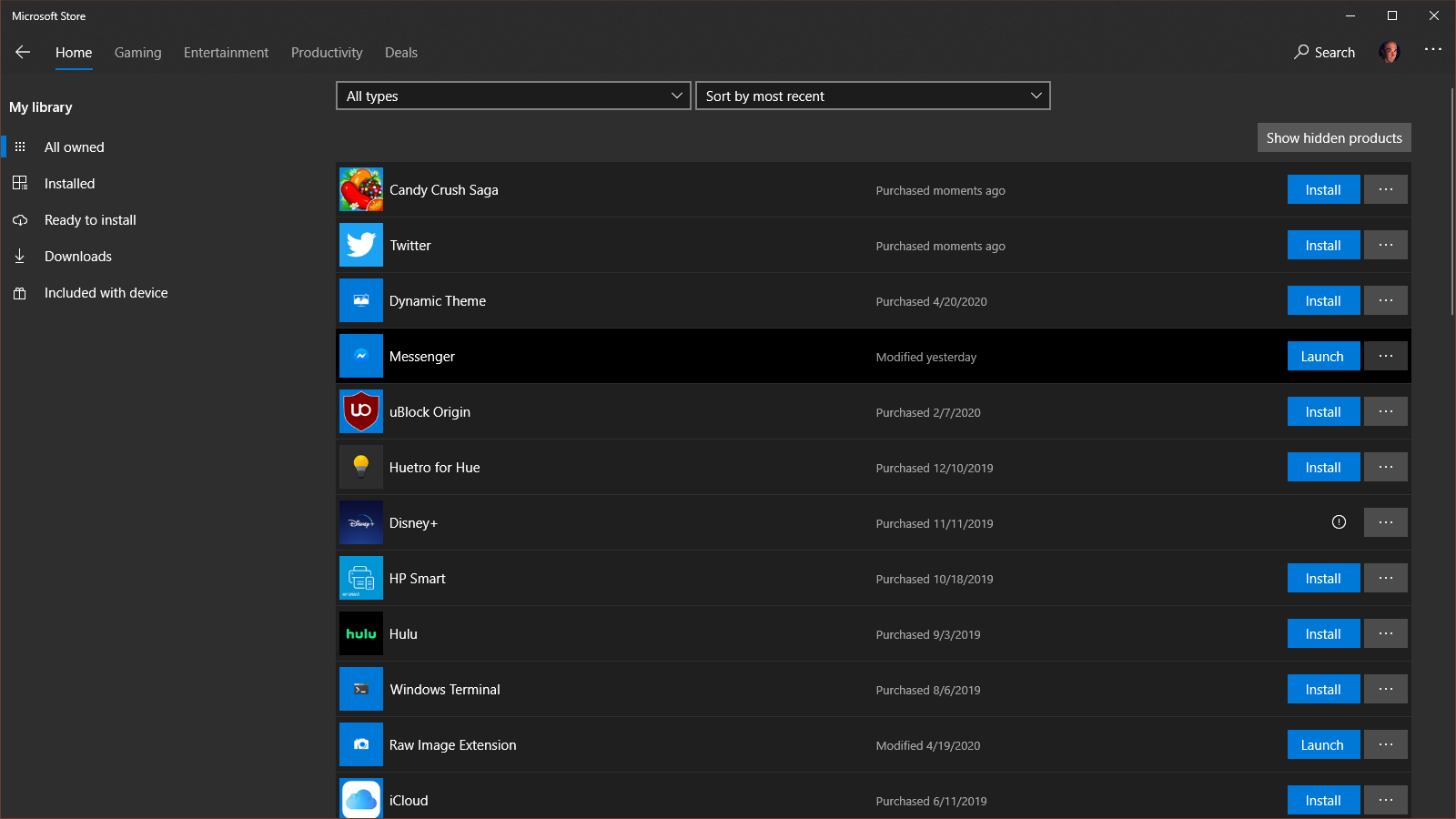 Windows: Updating your computer, and the apps on it, is one of the most basic bits of maintenance everyone should know how to do. And while your operating system should make this easy for you by running most updates on your behalf, there’s no reason to let it have all the fun. Control your own destiny: Install your own updates, and gain access to the latest features (and security fixes) before your operating system decides that you should.

We’ll start with your OS, and then we’ll move on to all of your apps. Yes, all of them.

How to update Windows 10

To get started updating your operating system, click on the Start Menu, type in “Update,” and select “Check for Updates.” The screen that appears will look a little something like this (obviously different if you’re using Windows 10’s light or dark modes): 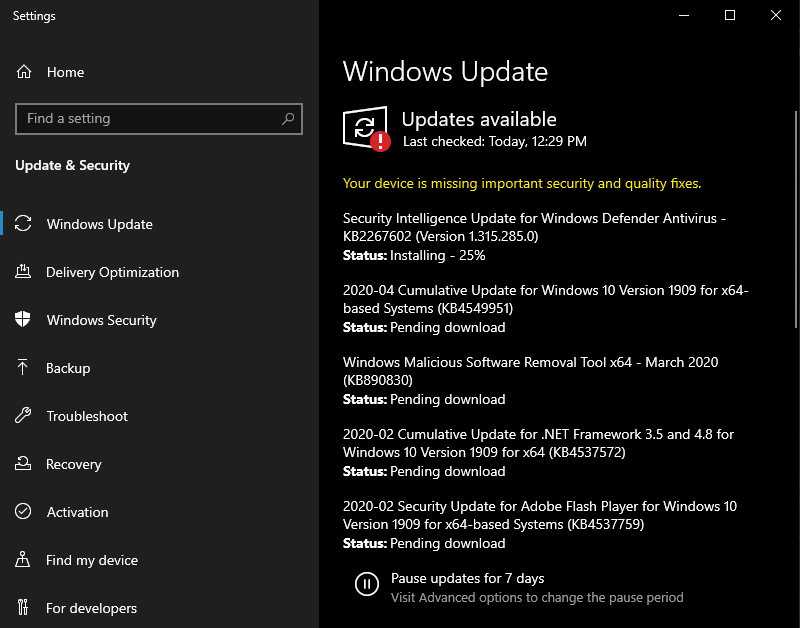 Click that “Check for updates” button. Depending on what Windows 10 finds, any updates might start downloading and installing automatically. You also might have to manually start the download and installation yourself, if it’s a sizable or major update.

That’s the basic, basic way to update Windows 10. But there’s more you can do! Let’s continue.

Consider pausing Windows updates when (or before) gigantic updates launch

So, Microsoft hasn’t had the best track record with major Windows updates. If one pops up in your to-be-installed list—and you’ll know it by its name, which is typically a “feature update” to Windows 10, followed by a new version number—you might want to consider slapping that big “Pause updates for 7 days” button. When you do that, updates won’t download or automatically install for a week, which gives you a bit of time to see if there are any catastrophic bugs you need to know about within said update. If not, let ‘er rip; you won’t really have a choice once that week ends, as you’ll be asked to install the latest updates before you’re allowed to pause again: 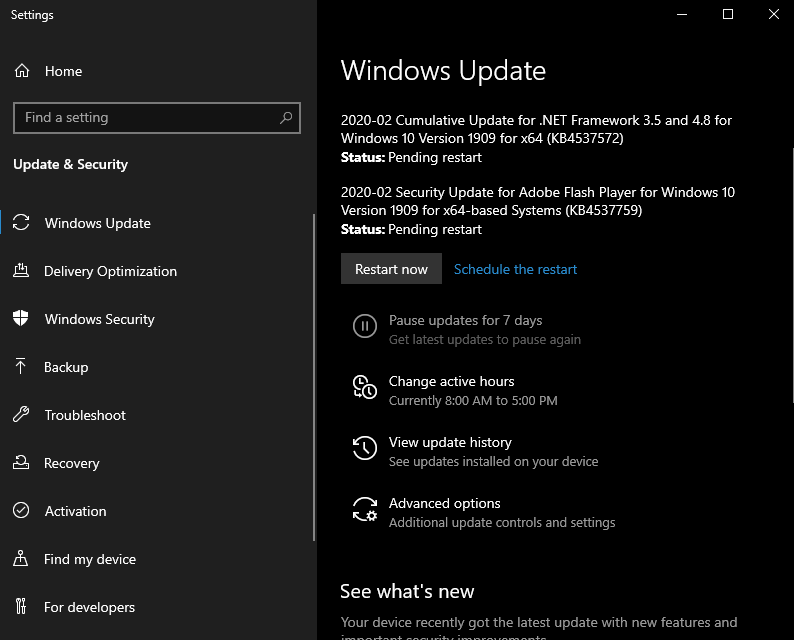 You’ll definitely want to click on “Change active hours,” which lets you define the times you’re typically using your PC. That way, Windows won’t install updates and automatically restart your system to finish the process during these precious hours. While you can have Windows figure out your “active hours” itself, I prefer the hard-arse approach: Don’t update my PC any time I’m awake. 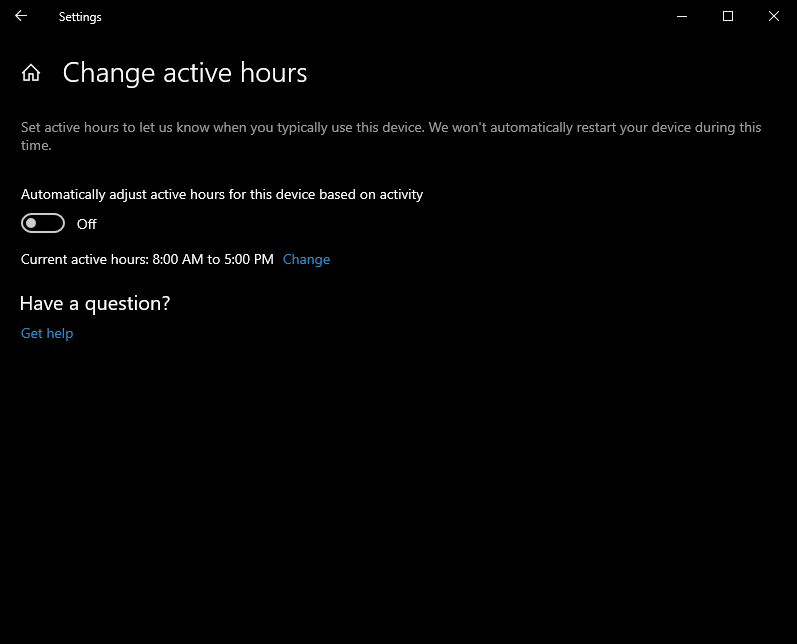 To further safeguard yourself against an unexpected restart, click on “Advanced options” in the main Windows Update window. You’ll see this screen: 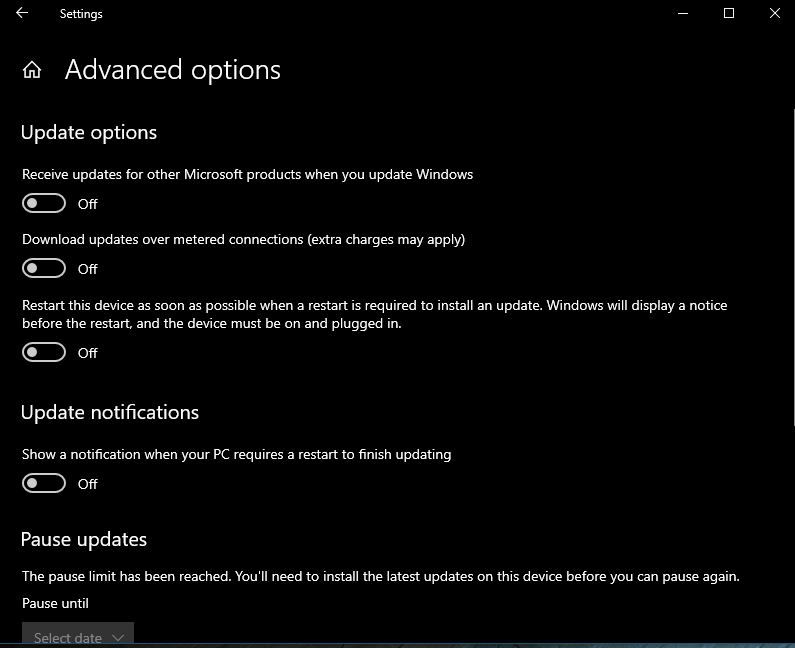 I recommend enabling “Update notifications,” which will give you a little alert that your system needs to restart to finish an update. And while you’re here, turn on “Receive update for other Microsoft products when you update Windows.” Why this isn’t set as a default “yes,” I’ll never know. Feature and security updates are a good thing.

How to update the apps on your Windows 10 PC

You typically have three options when you want to update your various Windows 10 apps.

For Windows 10 apps you purchased from the Microsoft Store

Simply launch the Microsoft Store app, click on the triple-dot icon in the upper-right corner, and select “Downloads and updates.” Click on the blue “Get Updates” button to do just that. 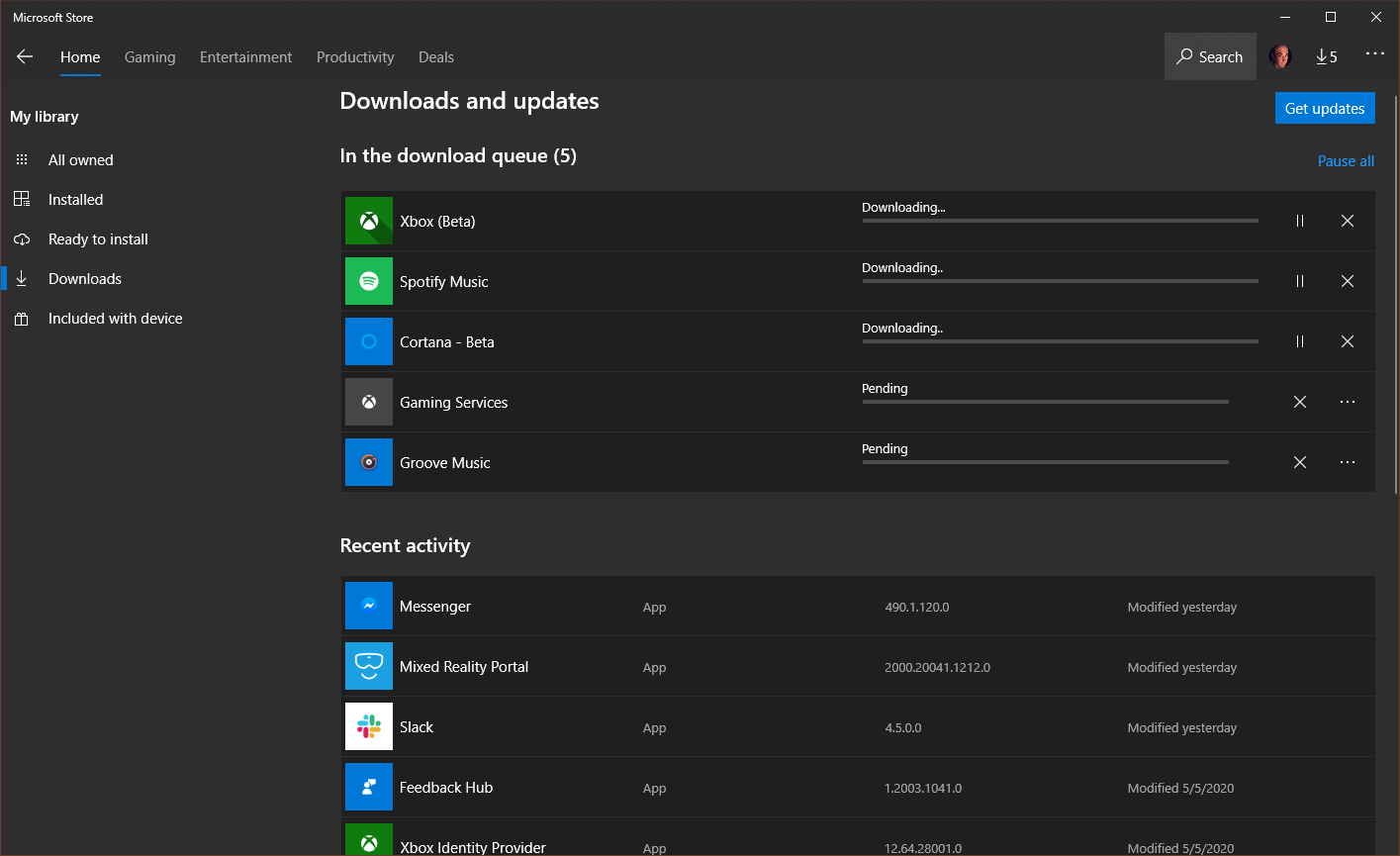 For apps you downloaded from somewhere else

If you’re lucky, your app—like, say Google Chrome—will come with a method for automatically checking for updates and installing them whenever they appear. It’s possible that you might have to do this check manually, but if the option exists, it’s likely buried in the app’s settings somewhere, possibly even a “Help” or “About” menu.

If your app doesn’t have a way to update itself, you’ll have to look up the app’s developer manually from time to time to see if any new versions exist. You can also automate this process using a super-helpful program like Patch My PC, which can do this checking and installing for you. 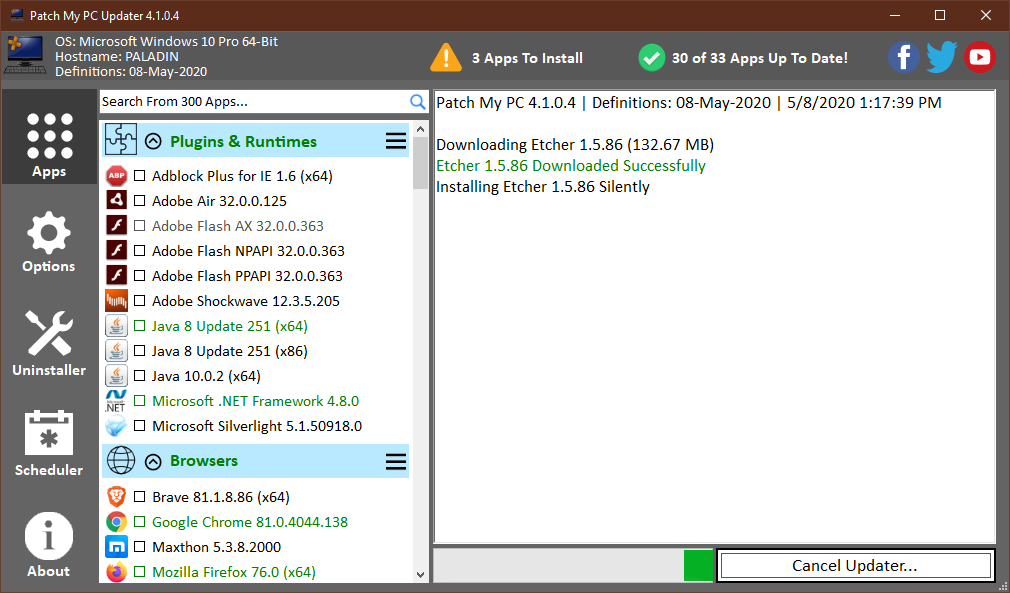 I run this app once a month or so to make sure that everything I’m using is as updated as it can be. And it couldn’t be any easier to use; I have it set to check for any potential updates as soon as I launch it, and to install any updates silently. I don’t have to click through any confirmations or anything. I just wait, and all my eligible apps—which is a pretty comprehensive list—get any updates they need without any extra input on my part.

If you want to get really badass, you can install all of your third-party apps using a package manager like Chocolately, which then makes it trivial to update them via a single, easy-to-manage UI. 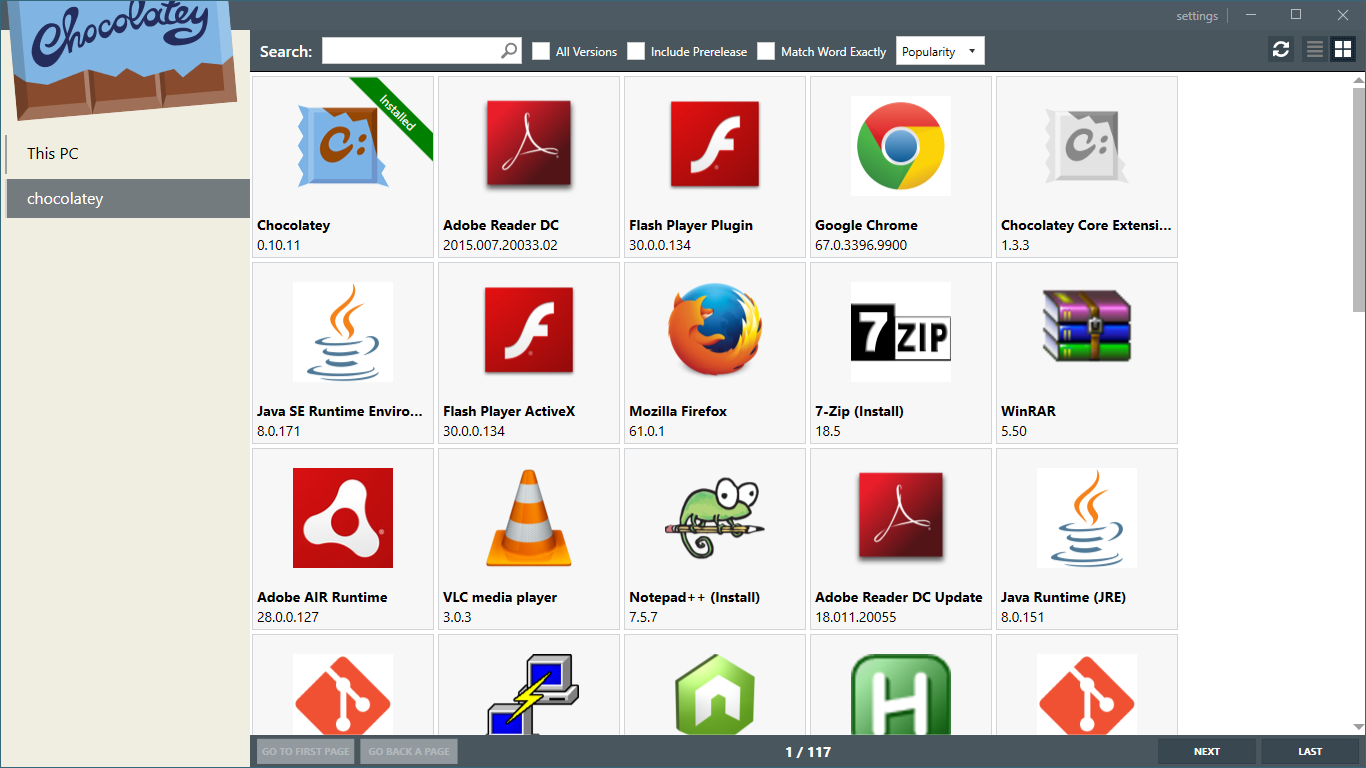 Package managers aren’t for everyone, but apps like Chocolatey GUI makes this process a lot easier to deal with than fussing with the command line, if that’s not your thing.