Sharpen Your Disposable Razors With This Common Clothing Item

While limiting product waste hasn’t been at the top of our minds in recent months, now’s a better time than ever to remain frugal. One extremely simple hack for sharpening your dull disposable razors will save you a few dollars every month with very minimal effort.

Packets of disposable razors aren’t really going to break many banks with bulk packets being available for $5 or so but if you’re wanting something a bit more premium, you’re going to start edging into $5 to $10 territory for even less razors. Empirically, I’ve found male razors tend to be cheaper than female bulk packets so while that’s saved me a few dollars month-to-month, it still adds up.

But it’s time to reveal an old hack many have seem to forgotten — you can extend your humble disposable razor’s lifespan with a very simple trick. All you’ll need is a pair of denim jeans, or whatever denim you have in your wardrobe, as well as your aging razor.

First, you’ll want to flatten the denim out so there are no bumps. It helps if you’re wearing it, otherwise just flatten it out and remove the creases. Then get your razor and go the opposite way to the direction you usually shave so you’re not trying to shave your jeans. For example, if you’re wearing the jeans, shave downwards with the non-cutting edge of the razors. Do this motion about 20 times until your razor looks shiny and new again. 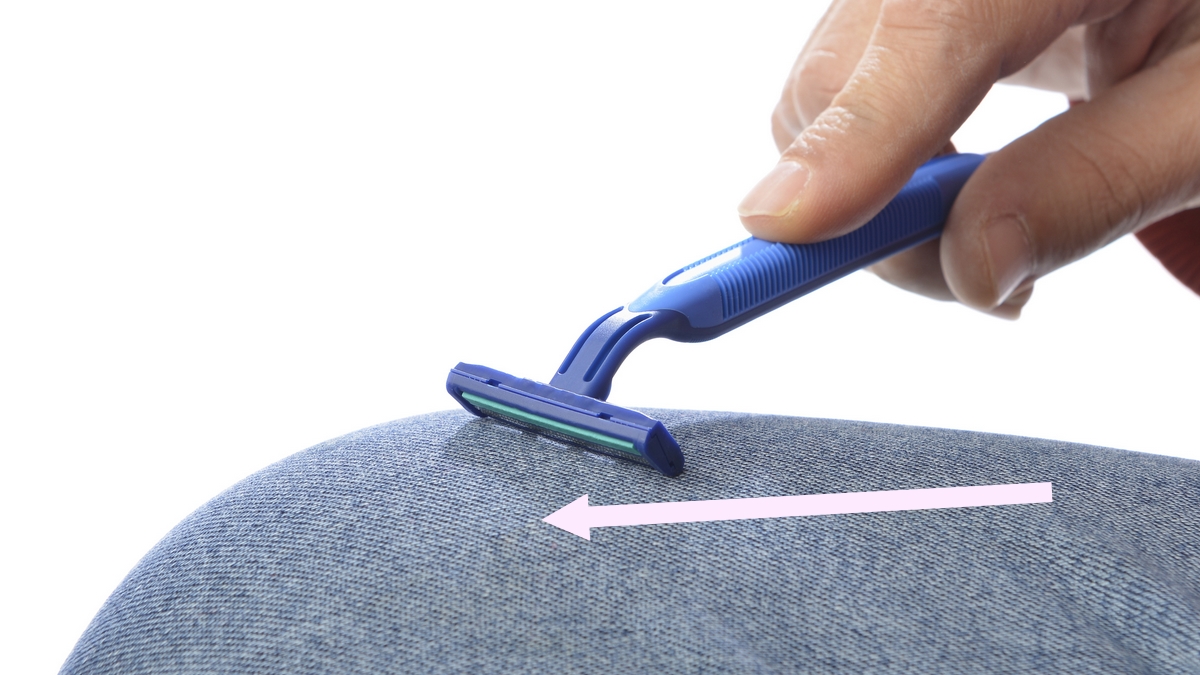 It’s important to go in this direction otherwise you’ll risk cutting your jeans and yourself. Image: Getty Images

It works thanks to a tried and tested process called stropping, which is usually done with straight razors and leather, but works well with denim too — a cheaper and more common material. Stropping essentially removes the build up and some of the metal to create a sharper edge. But when it comes to disposable razors, you’re only going to be sharpening one side of that edge. It means you’ll be able to prolong your blade’s use for a bit longer but eventually, you’re going to have replace it.

Still, it might mean buying a packet once every two months rather than every 30 days.

Classic Hacks: How To Shave With A Straight Razor

Before the advent of safety and electric razors, most men shaved with a straight razor. If you'd like to bring this grooming skill back from antiquity, all you need is an open razor, a damp cloth and some shaving cream. Here's how it's done.