Make A Ramos Gin Fizz Without Exhausting Your Arm 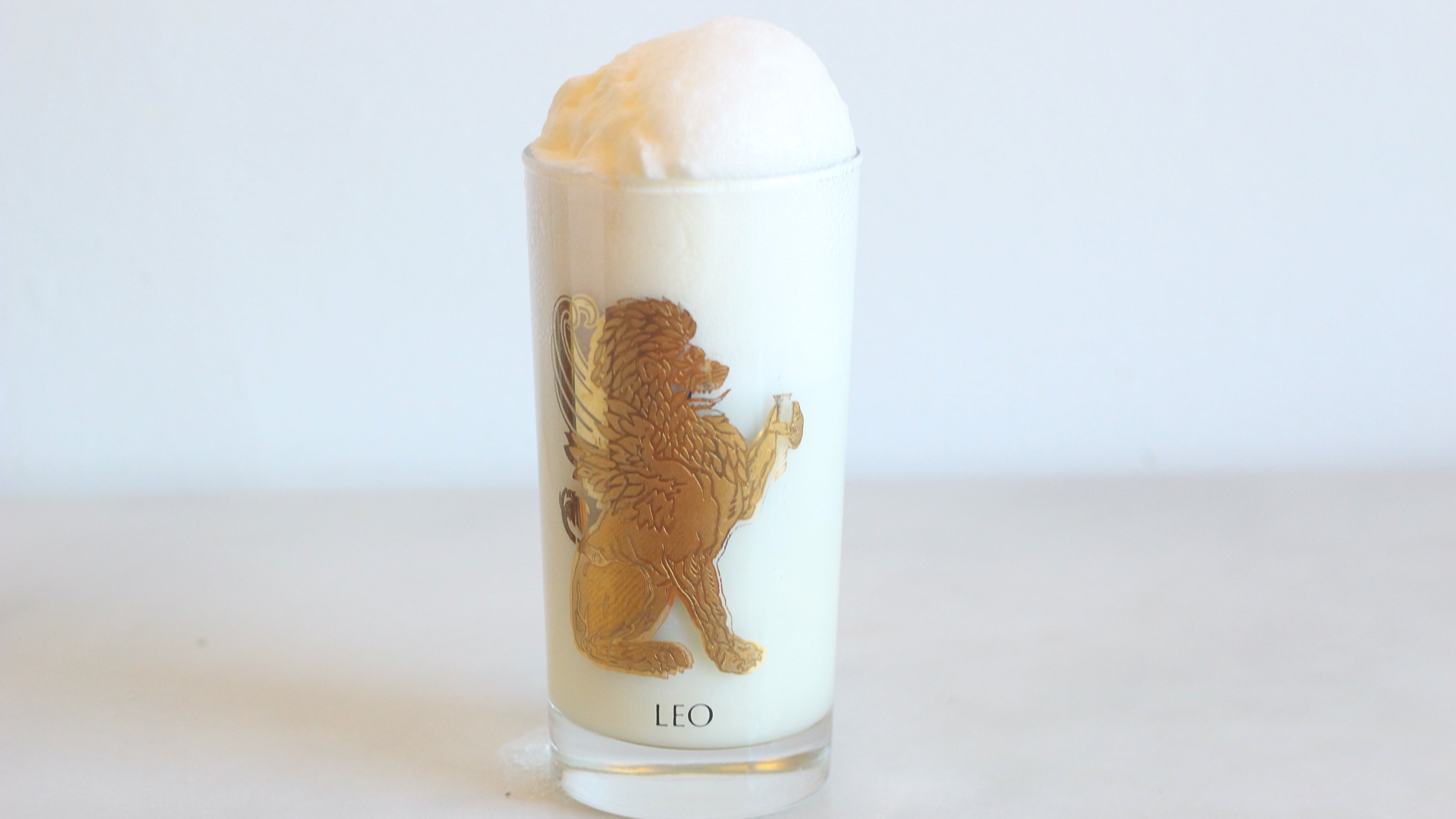 There seem to be two somewhat opposing quarantine states of being: extremely lazy and obnoxiously productive. For the most part, I fall into the first category; I favour buying bread instead of baking it and drinking wine instead of mixing martinis. But recently I decided I wanted a project, a challenge, something to throw myself into. Which is how I ended up drinking three (3) Ramos gin fizzes on a Wednesday afternoon.

The Ramos gin fizz is, without a doubt, delicious. It’s like a citrusy gin milkshake, except much lighter and fluffier, with a big ol’ dollop of meringue on top. But I’ve never ordered one, because I have a compulsive need to be liked. The Ramos is a notorious pain in the arse to make and requires a ton of ingredients. Ordering one can make you seem like a pain in the arse by association. (Before making them myself, the only Ramos I enjoyed was handed to me by a bartender who was practicing his Ramos technique. It ruled.)

Anyway. Getting that marshmallow-like head on top usually requires a full, uninterrupted minute of dry (meaning ice-free) shaking, followed by additional shaking with ice to chill. Unless you have fairly jacked arms (and I do not) it can be quite tiresome.

But there is another, lazier way. Just as you can make a sour (or four) in your blender (à la Jeffrey Morgenthaler), you can use the appliance to make a beautiful Ramos gin fizz with a very stable head of fluffy, meringue-like foam. Just toss all the ingredients (except soda) in there with a single 1″x 1″ ice cube and blend until the cube disappears. (In my high-powered blender, this takes about 30 seconds.) It works beautifully, but I found the results weren’t quite as cold as the hand-shook Ramos, so—at the suggestion of my good friend and cocktail genius Devojka—I set the blended beauty in the freezer for about five minutes to give it a touch more chill and help set the foam even further. After that, all that was left to do was (gently) add the club soda.

If you don’t have a blender, you can always do it the old fashioned way—just make sure you shake without ice for an entire minute, and be aware that there will probably be some splatter involved. (Pressure can build up inside the shaker, you see.) To make this surprisingly refreshing, milkshake-esque cocktail, you will need:

If you are making the Ramos by hand, add everything except the club soda to a shaker tin, making sure to pour in the cream at the last moment, and shake hard for a full minute without any ice. Add ice, and shake until the shaker becomes too cold to handle. Strain into a highball, then gently pour club soda in at the very edge of the glass until the head rises at least half an inch above the rim.

If you are making your Ramos in a blender, add everything except the club soda to the blender along with a 1.5cm x 1.5cm ice cube. Blend until the ice cube disappears, then slowly pour everything into a highball and pop the whole thing in the freezer for about five minutes. Gently pour club soda in at the very edge of the glass until the head rises at least half an inch above the rim, enjoy and repeat. (You can! Because your arm isn’t tired!)