How To Transfer Google Authenticator To Another Android

Google Authenticator is getting its first big update since September of 2017, and you’ll enjoy more than just a few cosmetic upgrades once the updated app rolls out to your Android (and eventually, we hope, your iPhone/iPad).

Finally, you’ll be able to easily export your entire list of two-factor-authentication-protected accounts and import it to another device, a feature that has long made us recommend apps like Authy—security concerns aside—in place of Google’s offering.

Even more importantly, Google has finally set up Authenticator so you, and apps on your device, can’t take a screenshot of its contents on Android. If you attempt to do so, you’ll get a warning that “taking screenshots isn’t allowed by the app or your organisation.”

These changes are great, but you might not have them yet; I didn’t have version 5.10 of the app when I just checked the Google Play Store, and I had to install it from APKMirror instead for the purposes of this article. Generally speaking, sideloading your apps isn’t the best security practice. While you shouldn’t encounter issues grabbing an app from APKMirror, since this is an app that’s a critical component to the online security of all of your accounts, you might want to err on the side of caution and wait for Google’s official update to roll out.

That said, were I impatient—or if I needed to move a ton of 2FA codes from one Android to another, but I didn’t want to waste time resetting 2FA on all of my accounts and re-enabling it manually—I’d go download the APK right now. Nobody will judge you; this is more a blanket warning against sideloading apps if you don’t really have to.

Once you’ve installed and fired up the new version of Google Authenticator, you’ll see a slightly redesigned screen that looks like this: 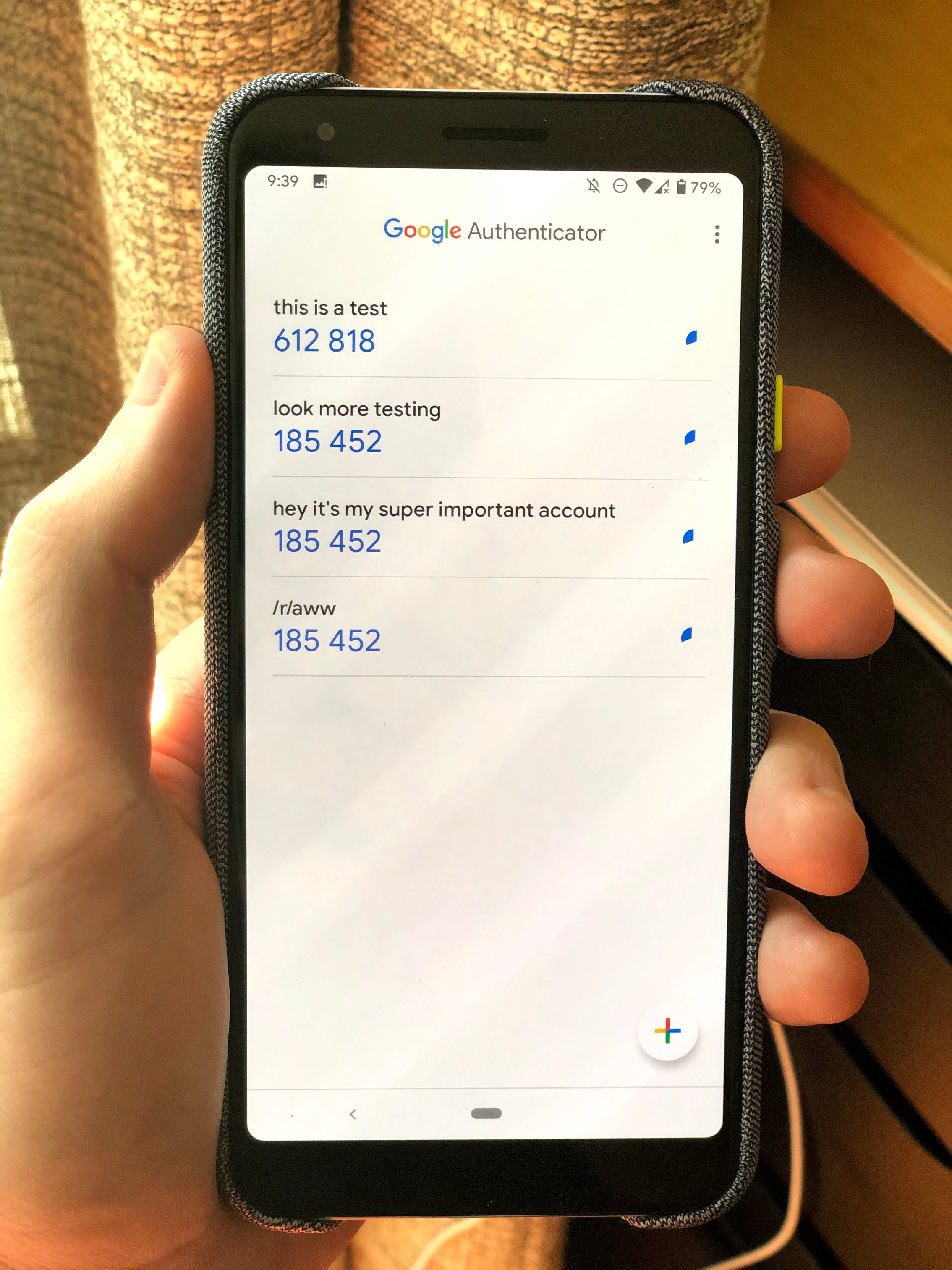 No screenshots of the authenticator keys, remember? (Photo: David Murphy)

Tap on the triple-dot icon in the upper-right corner to pull up Google Authenticator’s almost-Settings menu, where you’ll see a new “Transfer accounts” option. Tap that, and you’ll get two prompts: 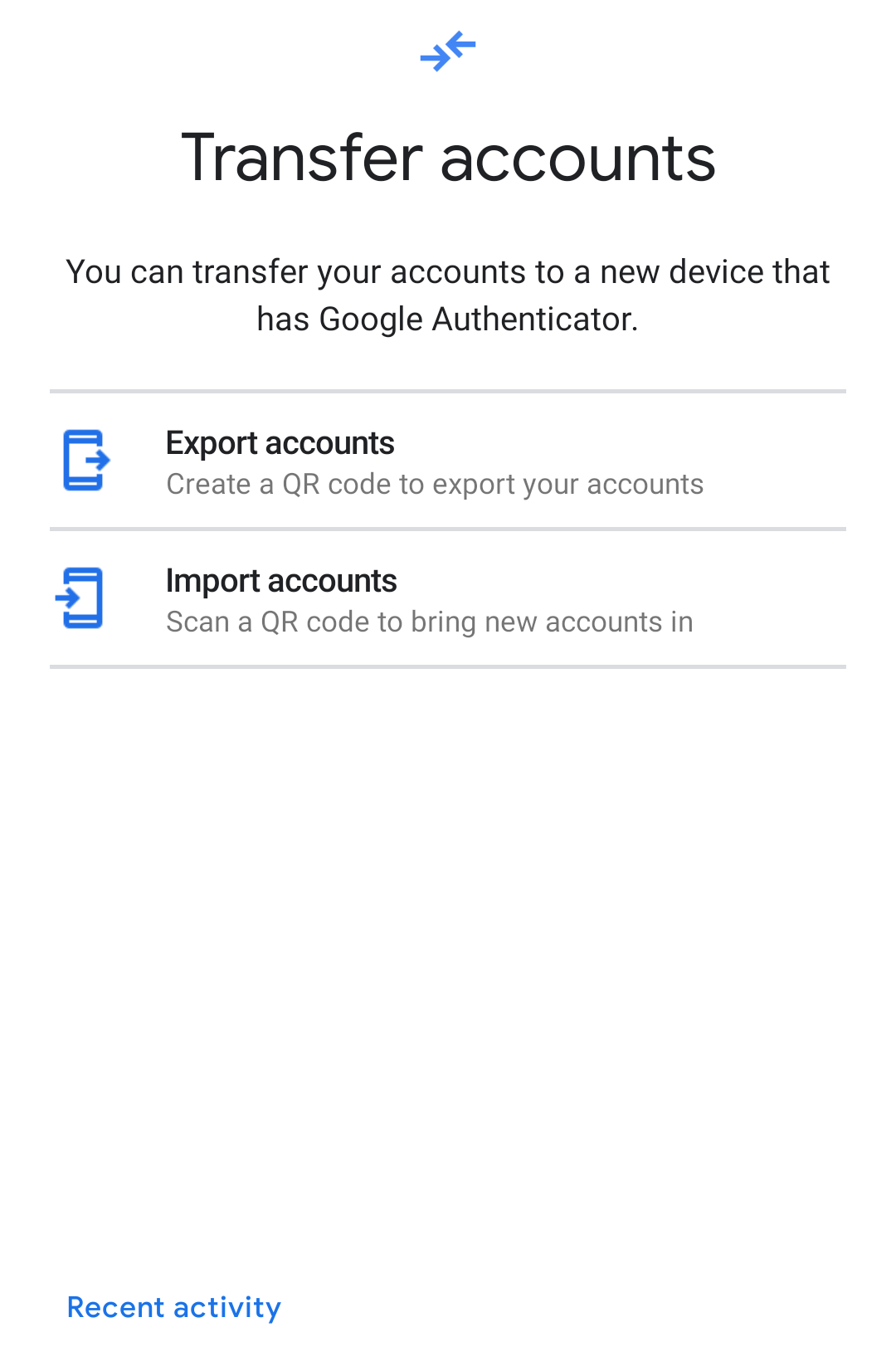 Notice the new “Recent activity” link that’s buried in the lower-left corner of this screen. Tap it, and you’ll be able to review any 2FA accounts that were added to the on the device you’re using. It’s a great way to see if someone has been messing with your 2FA setup, and something worth checking in case you’re ever concerned about the security of your authenticator app. It only appears to tell you about new additions, however, not deletions—something to keep in mind.

Back to exporting. To get started, simply tap on the “Export accounts” option within the “Transfer accounts” window. Once you’ve authenticated yourself using whatever security measures you’ve set up on your phone (such as a fingerprint), you’ll be able to select which accounts you want to transfer to your new device. 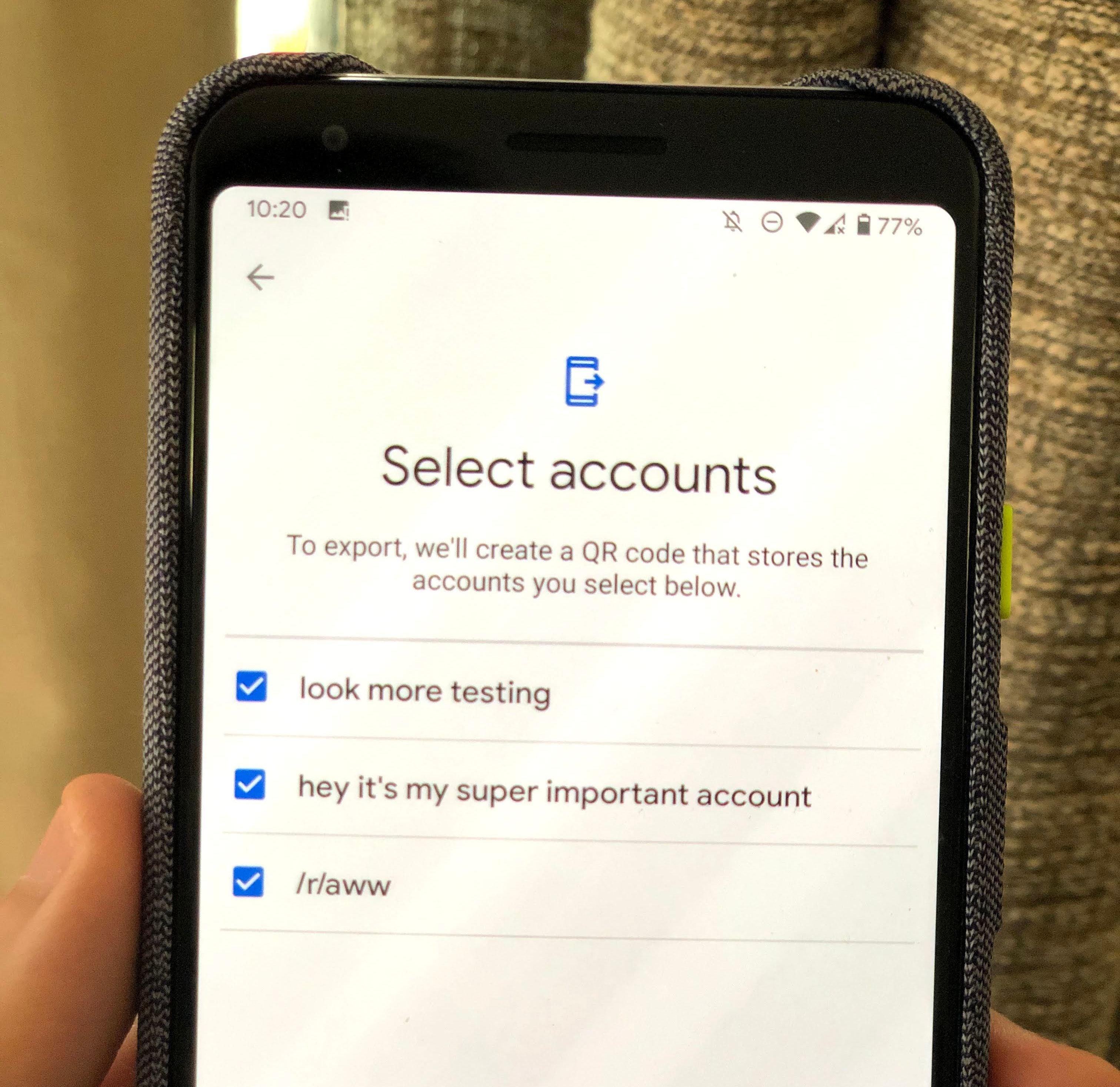 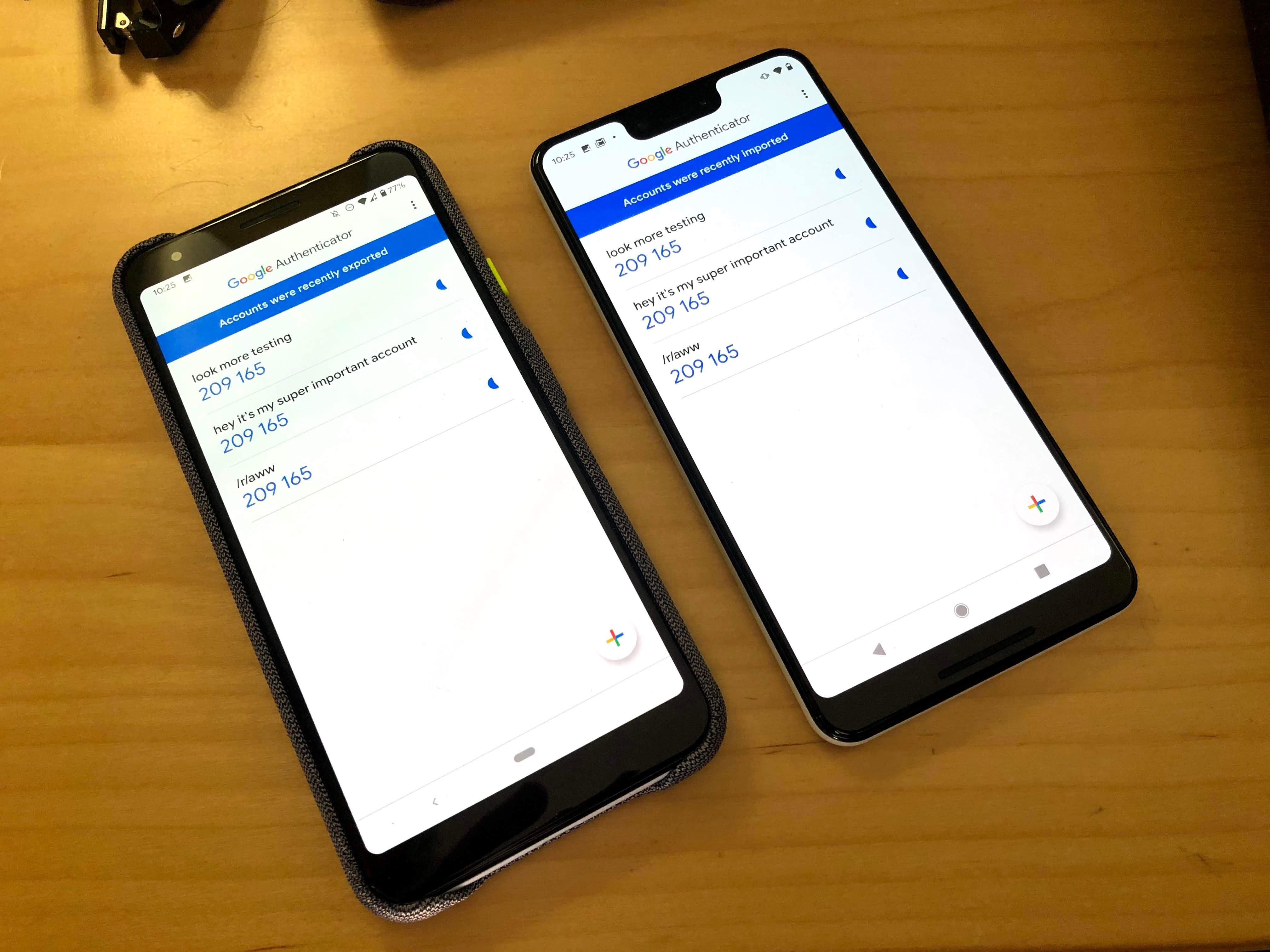