Sexting is one of those private matters that we don’t talk that explicitly about — perhaps because admitting we sext tips people off to the existence of digital nudes. Let’s unlock our phones and discuss textual stimulation out in the open.

First of all, sexting is totally normal. Maybe you don’t do it, but you’d be in the minority. In 2013, Scientific American wrote that 50 per cent of people “used their mobile device” to engage in intimate texts, emails, or photos.

The chances are you already own a sex toy

In 2015, the LA Times claimed that 88 per cent of US residents had engaged in sexting and 96 per cent endorsed it. By now, I’m going to assume everyone has abandoned their qualms.

But what has inspired those qualms? Well, there’s a lot of panic about teen sexting on your local news channel; the teens deserve our protection, but according to CBS News, relatively few actually sext. Only about 15 per cent do, as compared 41 per cent of teens who are just having intercourse. The anxiety is a bit disproportional to the problem. 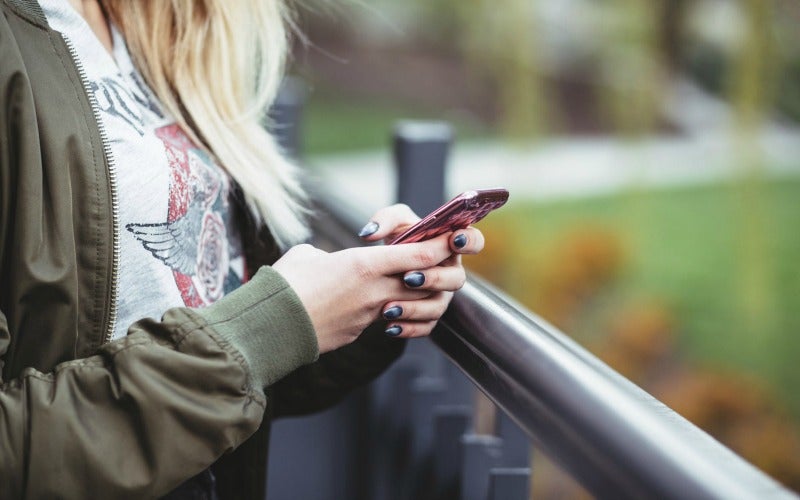 Don't Use An App To Check If Your Kids Are Sexting

When I was a teenager smartphones weren't a thing, and neither was sexting. You aren't exactly going to take some tasteful nudes with a film camera and drop the roll off at your local pharmacy to get developed so you can pass them to your significant other between classes.

Finally, much has been written about the cursed unsolicited dick pic. This doesn’t seem to stop the folks who send them from doing it, but it makes anyone who cares about such things nervous. Is this dick pic welcome? If it’s solicited, it’s part of sexting. Enjoy!

How To Improve Your Sexual Stamina With A Fleshlight

It's time to get frank, blokes. Do you orgasm more quickly than you'd like to? Is it causing you (or your partner) anxiety or frustration? Then don't fret, take action. The great news is that there's a really simple way to do something about it

Did that help set your mind at ease? Good. Now to get to the other question many have about sexting: “Am I doing it right?” Here are some responses I got from a variety of friends, co-workers, and acquaintances about their sexting habits that will help you figure that out.

To Nude Or Not To Nude

I asked why and was told:

Eh I just feel like, what is some dude I slept or texted with casually gonna do with a pic that doesn’t have my face on it?

Whereas someone I know, idk, it could somehow be seen by mutual acquaintances where it’s less anonymous.

A woman friend who is transgender explained she has tiers for how many nudes go to strangers depending on that person’s gender identity:

No nude pics with my face unless it’s with a partner or another trans person (our bond is deep).

Never trust fast invitations for sexts from a cis lady on a dating app because it is 100% a cis dude who wants pics.

She says she’s more comfortable sexting with someone she’s dating, but is game to try it with anyone interested because “I like sending pictures of my boobs!”

Which brings me to:

What You Get Out Of It

There are lots of reasons why people sext. One woman told me she occasionally sends nudes to a friend she’s never engaged with sexually, because she says, “He just appreciates them and I like compliments.”

A guy told me that sexting is basically like choose your own adventure pornography.

For people in long-term or long-distance relationships, it’s a way to keep the sex stuff exciting, though there is maybe more to work out when you’re doing it consistently. One person said, “My girlfriend uses her phone for work a lot, so we keep anything truly salacious to live (unrecorded) video chats.”

Taking selfies in the buff is usually a bad idea. Whether it's intended for a sexual partner, an art portfolio or your own rampant ego, there's a lot that can go wrong -- just ask Jennifer Lawrence. But if you're determined to shoot photos of your own junk, you should at least make it look as presentable as possible. The following tips are guaranteed to make your naked bits shine.

Once you know where you stand on nudes, there aren’t too many rules to work out. The depth of a relationship seems to have almost no bearing on whether or not someone will sext, but it does change how long it will go on for.

“I used to have a couple of people I only sexted with, but I got bored fast,” someone told me.

But here are some things people were adamant about:

Consent before sending. And then the dirtiest shit imaginable.

I do have a no dick pic rule prior to seeing your dick in real life.

That was basically it. Consent is sexy, even via text.

If you’re on Tinder looking for a sext partner, directness about this is usually best. Something I’ve encountered on dating apps an embarrassing amount (for them, not me) are people who want to sext, but go through the whole show of chatting you up and asking you out, before saying, “So, what are you into?”

I’m not disappointed to never meet a person who does this, but it is an annoying waste of time. If you just want to sext, it’s pretty obvious there are plenty of other people interested, so you can be more direct. If when you’ve actually met and are dating someone that things get trickier.

It’s still pretty easy to get in your head about what to say, so I’ll just share this block of incredible advice from a veteran sexter:

Get into it! Don’t feel embarrassed or silly or self-consciousness. Of course if you read them back the next morning in the harsh light of day it will sound absurd, but so does everything in the realm of sex if you scrutinise it outside the heat of the moment. Use blunt, varied language, describe situations/fantasies/thoughts/emotions, strike the right balance between erotica and the mechanics if what you wish you were physically doing.

I know I’ve been talking up sexting throughout this entire post, but it’s not for everyone. And that’s totally OK.

“I don’t know how and when I tell people I don’t know how they either lose interest or talk to me about regular stuff,” a friend told me. “I’ve never thought about learning and find text messaging in general to be a chore.”

Aimée Lutkin is a freelance writer who blogs a lot about dating. She is currently travelling the country and going on a date in every city she visits.