How To Free Up Space On Your Android

Worried that your Android is running out of storage? Unsure of how much storage your Android is even using? Whether you need to clear up space, or want to know if you need to worry about cleaning up space, it’s easy to check your available storage on Android and start removing unnecessary apps and other space-hogging stuff.

Checking how much space is left on your Android

First, the usual boilerplate: I have a Pixel 3 XL, so the steps I list to get to various features and menus on my Android might differ than the steps you’ll use on your Android. This shouldn’t be too tricky to figure out if you have, say, a Samsung, but know that what I do might be a wee different than what you do. Ah, Android.

On a Pixel, checking the amount of space you have available is as easy as tapping on Settings. Look for the “Storage” option, and you’ll immediately see how much free space you have remaining as a per cent and as a GB (or MB) figure. 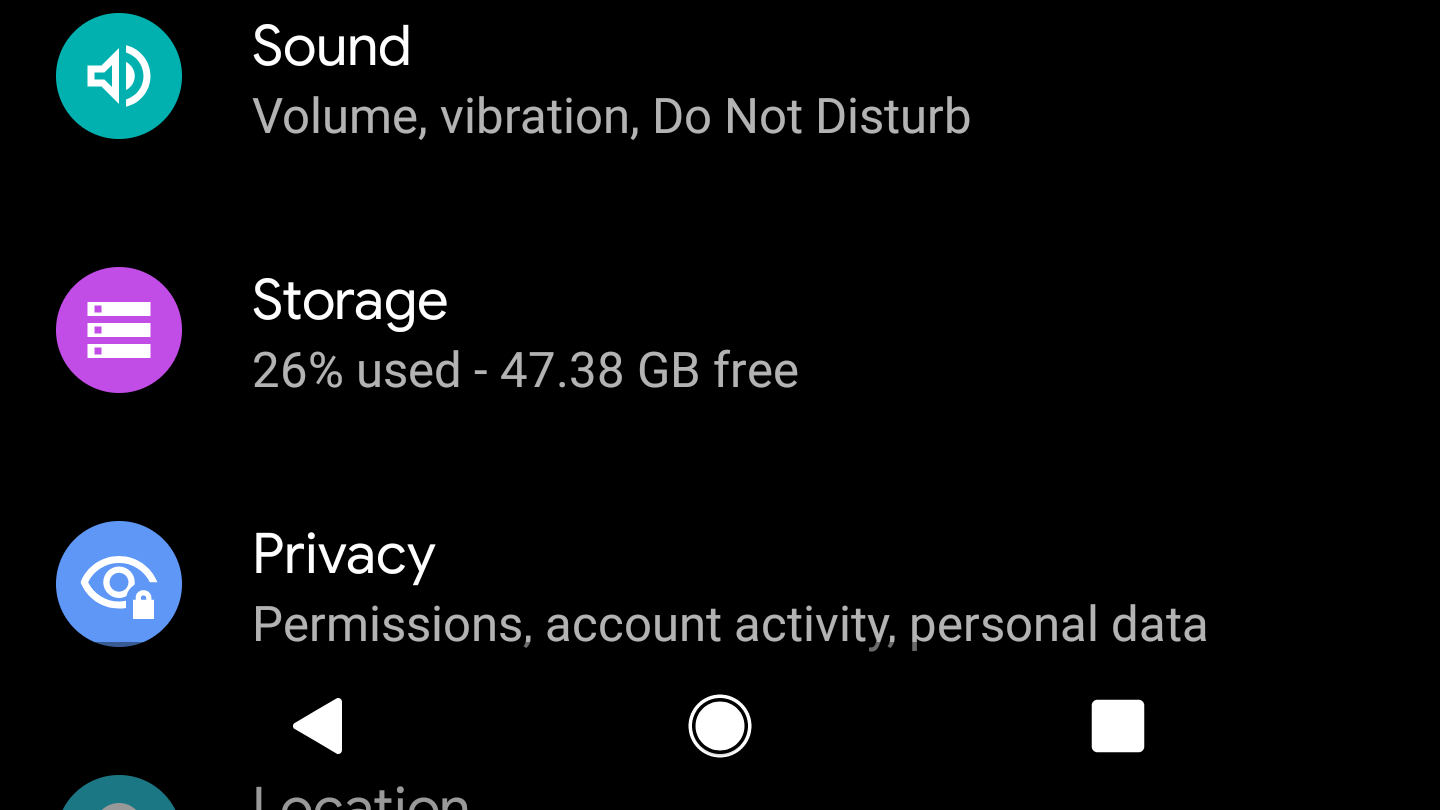 Tap into that, and you’ll see a prettier explanation of your phone’s storage: 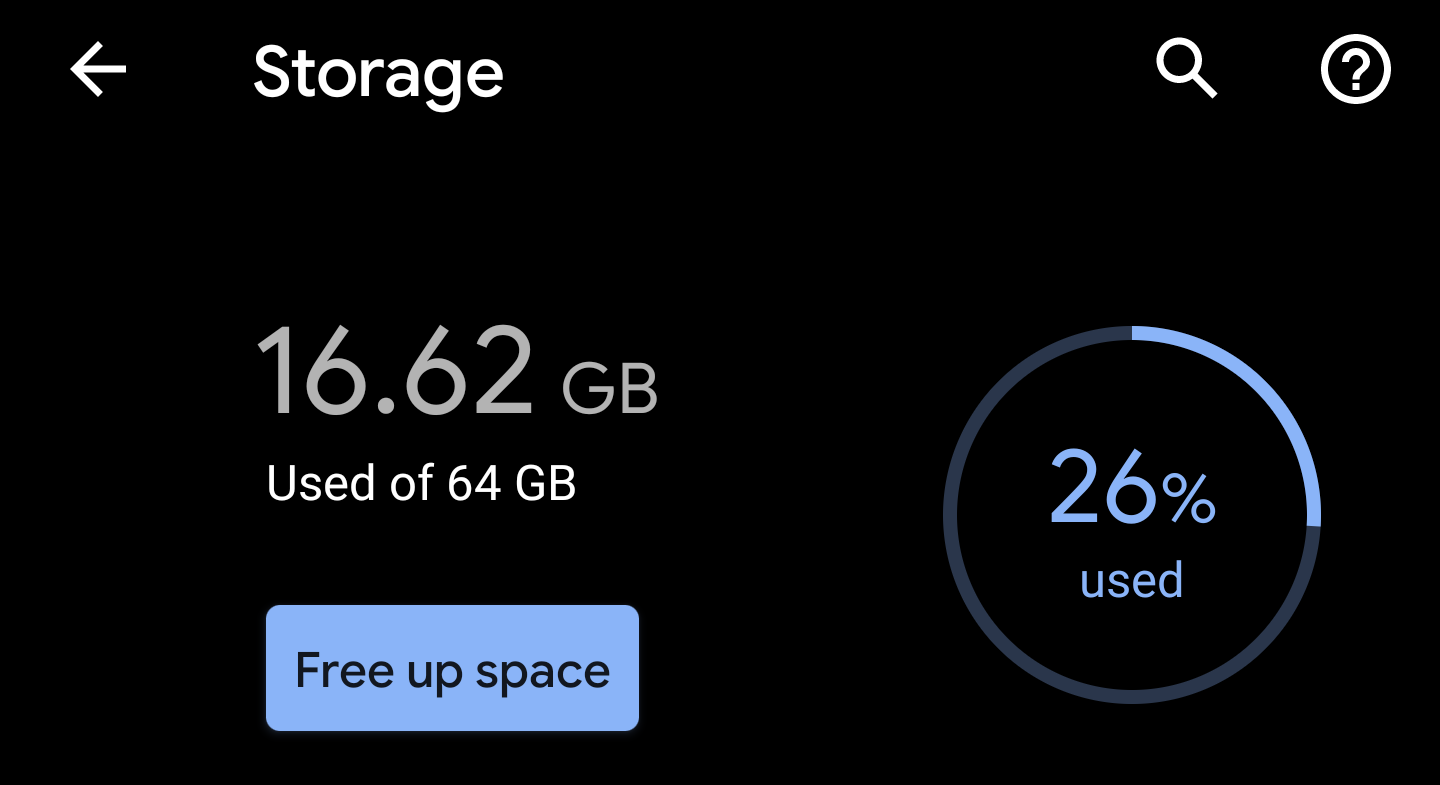 You can then tap through the various categories, such as “Photos & videos,” to get a more detailed breakdown of what’s eating up so much room on your Android. Note that this list will include apps (such as Photos or Camera) and data (such as your images/videos), so make sure you’re tapping each sub-section to learn exactly what’s eating up so much space on your Android.

It’s a little frustrating that you can tap through to see how much space apps consume, but there’s no way to uninstall them from this screen. You’ll have to write down the list of apps you want to remove—or just quickly switch between this screen and Android’s launcher, which is probably the more realistic option—to get rid of apps.

You can also use your Android’s “Free up space” option, if it has one, to directly remove apps you haven’t touched in some time, downloads, and any photos or videos that have already been backed up elsewhere. 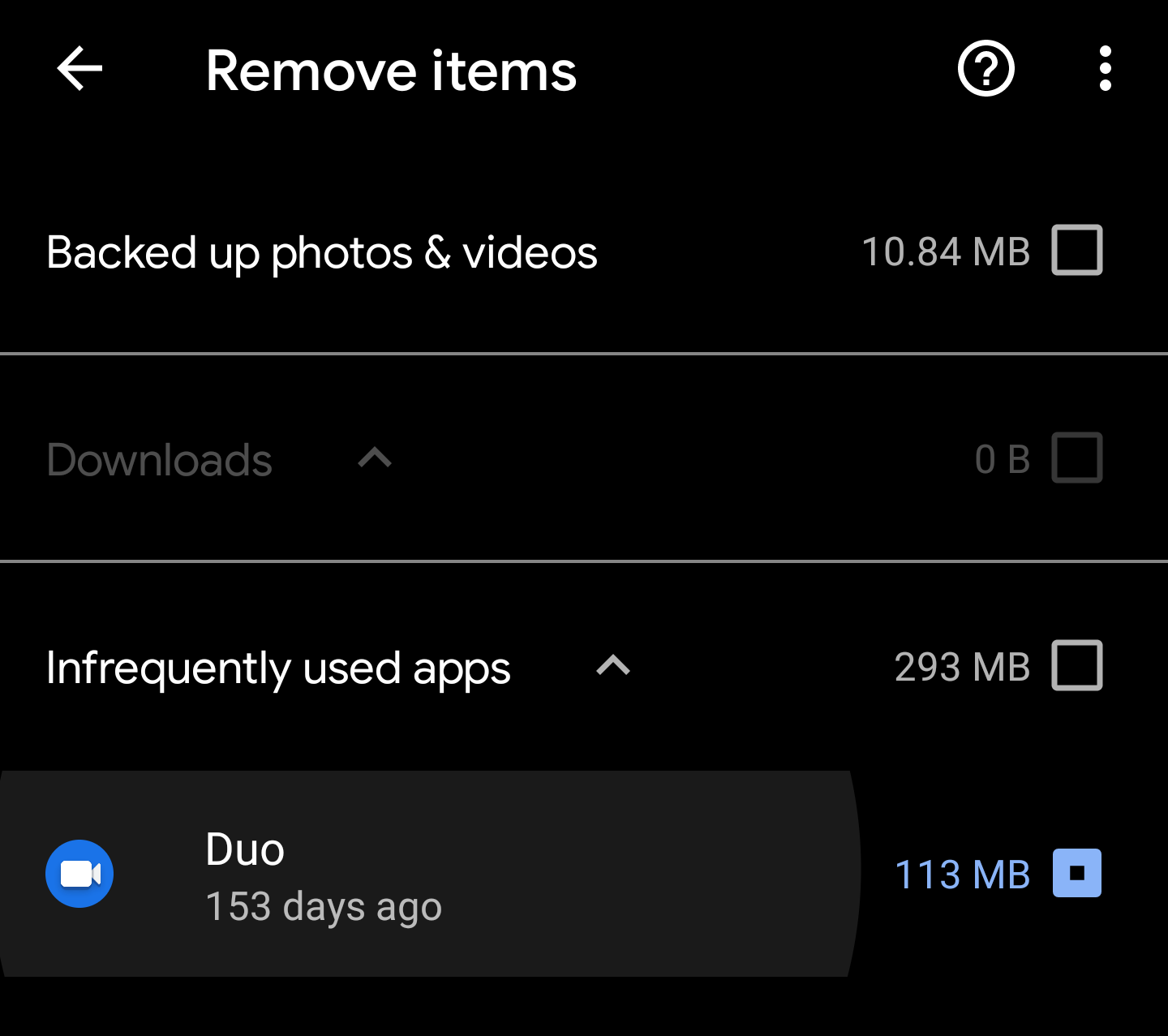 It’s also easy to go through this purging process yourself. Install an app like Google Photos (or fire it up for the first time), upload all of your content to the cloud, save an offline backup by transferring your photos and videos to your PC (if you want), and delete them all manually. Then, pull up your Launcher and start tossing apps that you don’t remember using any time in the last month or so.

As someone who has a sprawling collection of old iOS games on his devices, I realise this can be a difficult step to actually start doing. I can’t help you with procrastinating, but I can help you find these apps: Pull up Google Play, tap on the hamburger icon, tap on “My apps & games,” tap on “Installed,” and sort by “Last Used” instead of “Alphabetical.” 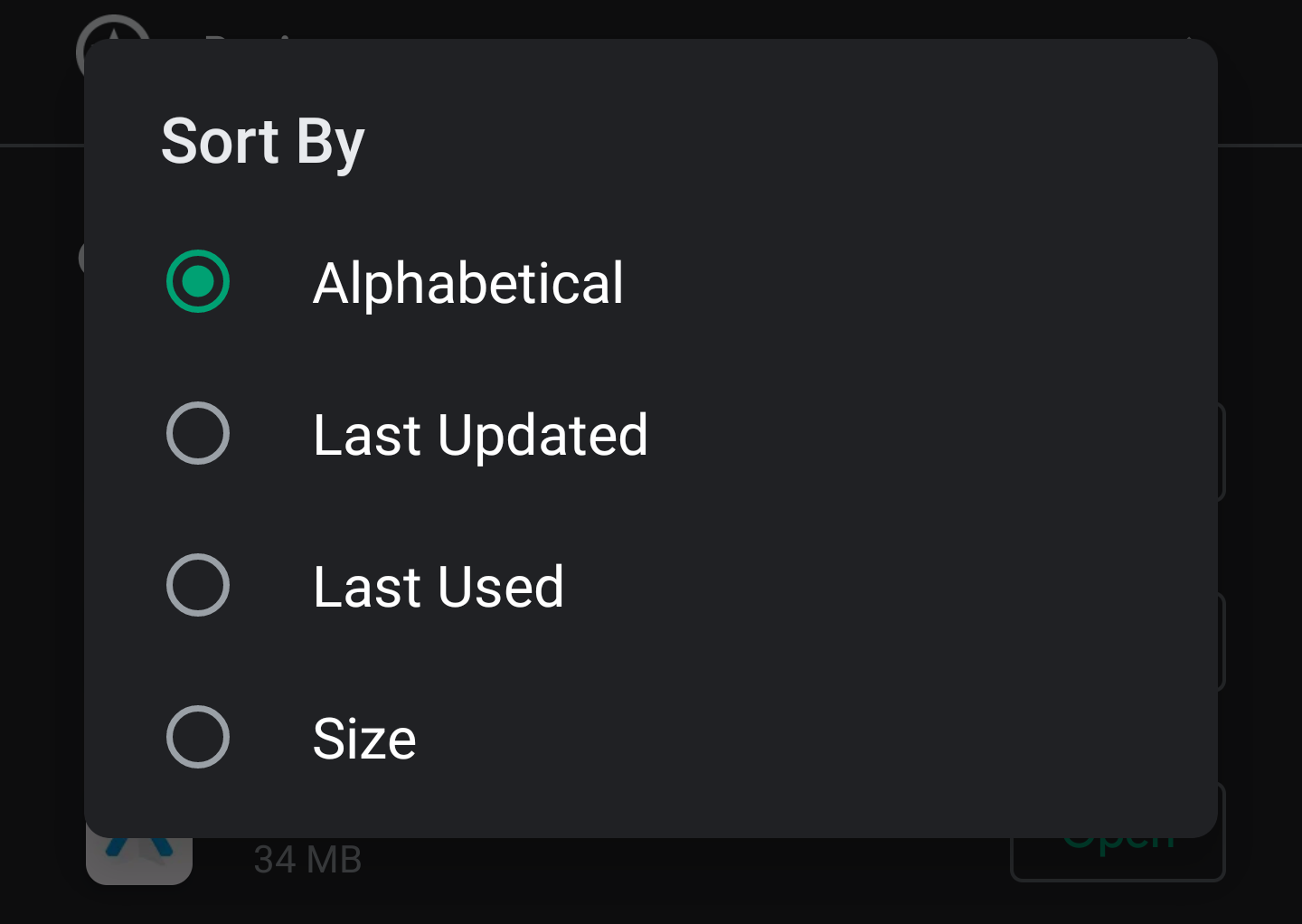 If you haven’t touched a multi-gigabyte game in more than a year, it might be time to say goodbye.