How To Disable Or Hide Your MacBook’s Touch Bar 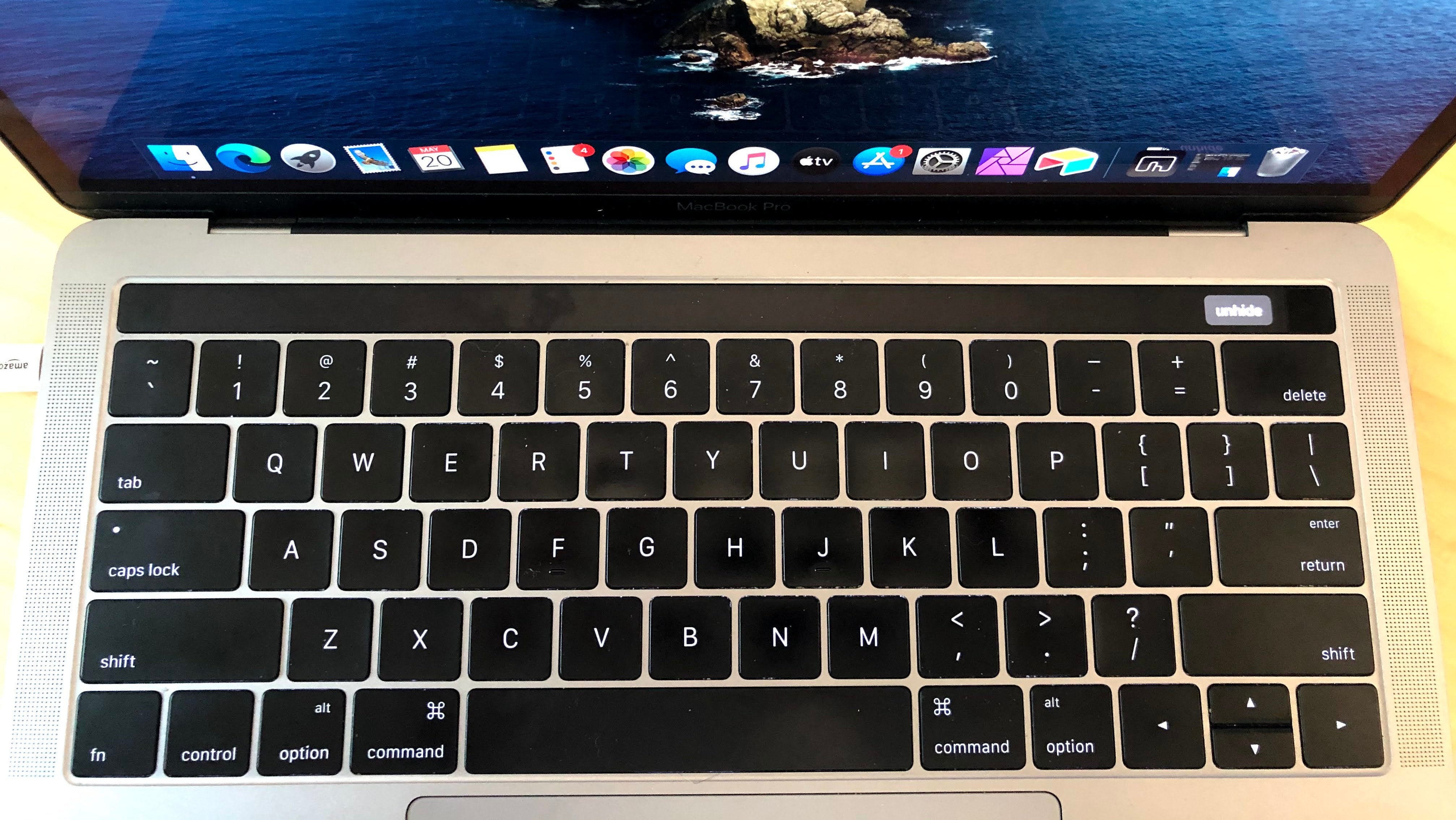 Lifehacker Managing Editor Joel Cunningham had a quirky quarantine-inspired question the other day: His three-year-old keeps on mashing the brightly coloured buttons on his MacBook’s Touch Bar, prematurely ending his participation in various video chats. Cute as that might be [Managing editor’s note: IT’S NOT CUTE], he wanted to know if there was any way to get his son to stop doing that (any technological method, that is).

As it turns out, you have a handful of options to address issues like this, up to and including “disabling” your entire Touch Bar.

How to get the Touch Bar to remain static

First of all, if someone kept on messing with my Touch Bar and screwing up whatever I was doing in the various apps I use, there’s one fix I’d turn to above any others. It’ll cost you a little functionality, but at least your tiny loved ones (including your pets) won’t accidentally zap you out of a call when they start keyboard-mashing.

Pull up your macOS System Preferences and click on Keyboard. Look for the “Touch Bar shows” option, and change that to Expanded Control Strip—or, really, anything that isn’t “App Controls.” 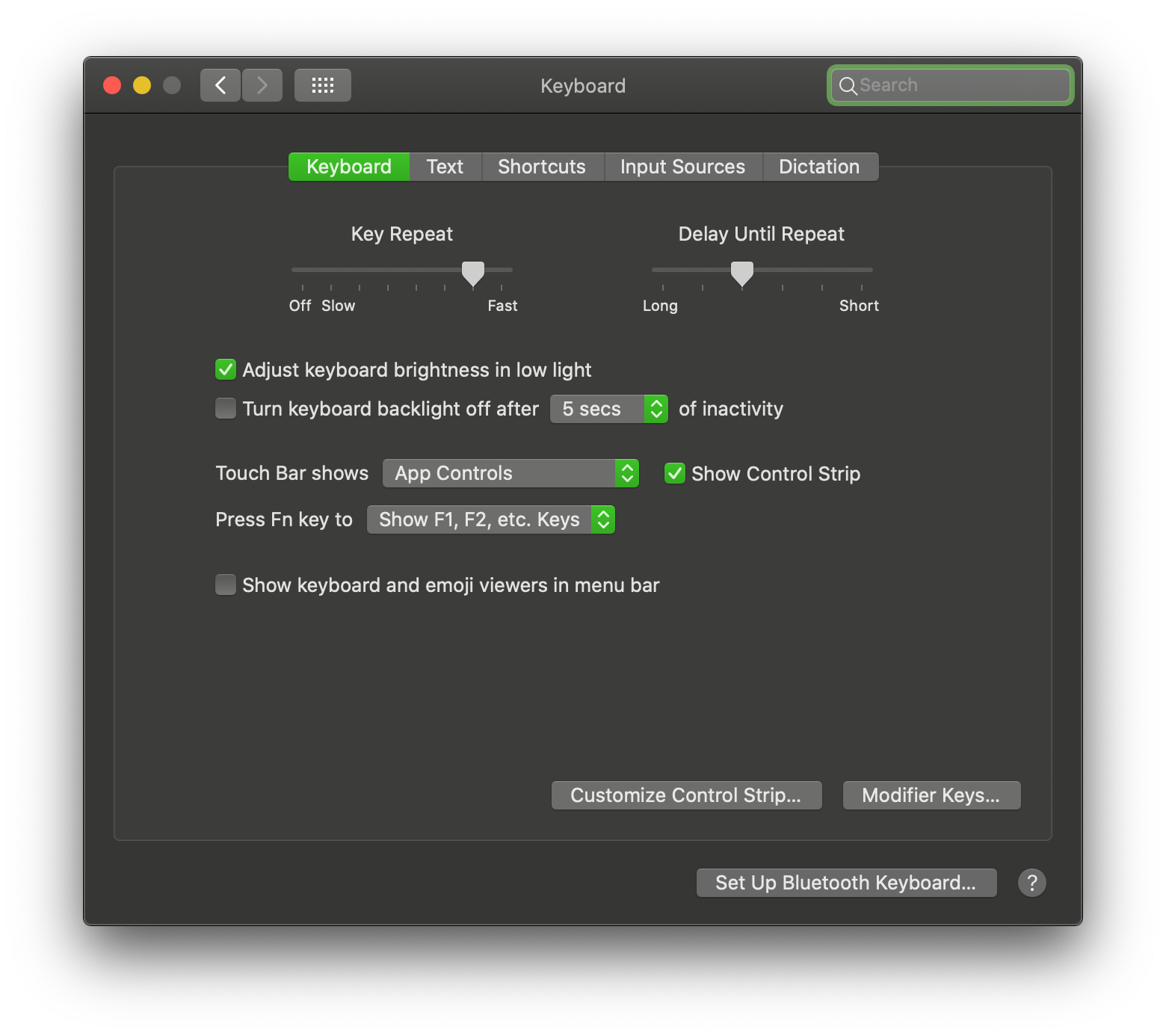 This will prevent your Touch Bar from showing contextual buttons, or buttons that change depending on what app you’re using. This won’t stop your kid from mashing your Touch Bar, but it’ll at least keep them from messing up anything in the app you’re currently using.

A better solution: Block Touch Bar inputs with Bar None

I stumbled across the Bar None app from developer Shaun Inman, and I love it. You can probably already guess what it does. Once you’ve launched it and given it permission to control your Mac (via System Preferences > Security & Privacy > Accessibility), you’ll have to hold down the Fn key in order for your Touch Bar to accept any finger inputs. 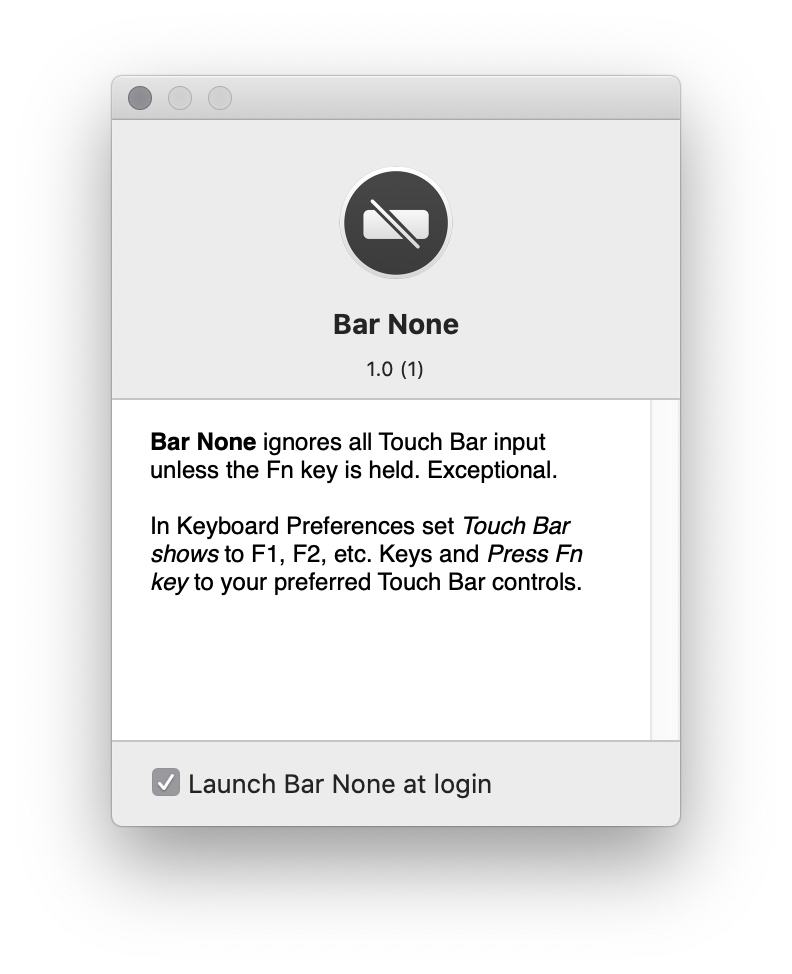 Obviously, you’ll probably want to edit your Touch Bar settings (System Preferences > Keyboard) so that you’re looking at something you don’t care much about by default, but holding down the Fn key pulls up a more useful UI—like your App Controls, for example.

Still, the ability to completely block anything from accidentally triggering your Touch Bar is incredible. Really, it should be a default option within macOS itself, but we all know Apple would never let that one in.

How to blank out your Touch Bar (almost) completely

If you don’t want to see anything on your Touch Bar unless you absolutely need it, you’re going to need to pay up for BetterTouchTool, an $US8.50 ($13) app that gives you an incredible amount of control over what shows up on your Mac’s Touch Bar.

Once you’ve done that—or, if you just want to fuss around with the 45-day free trial first, that’s fine, too—download and launch the app. Enable all the permissions it asks for (mainly the Accessibility options that allow the app to control your Touch Bar) and pull up the app’s main configuration screen. Tap on the drop-down menu, select Touch Bar, and then tap on Touch Bar Settings. Make the screen that appears look like this: 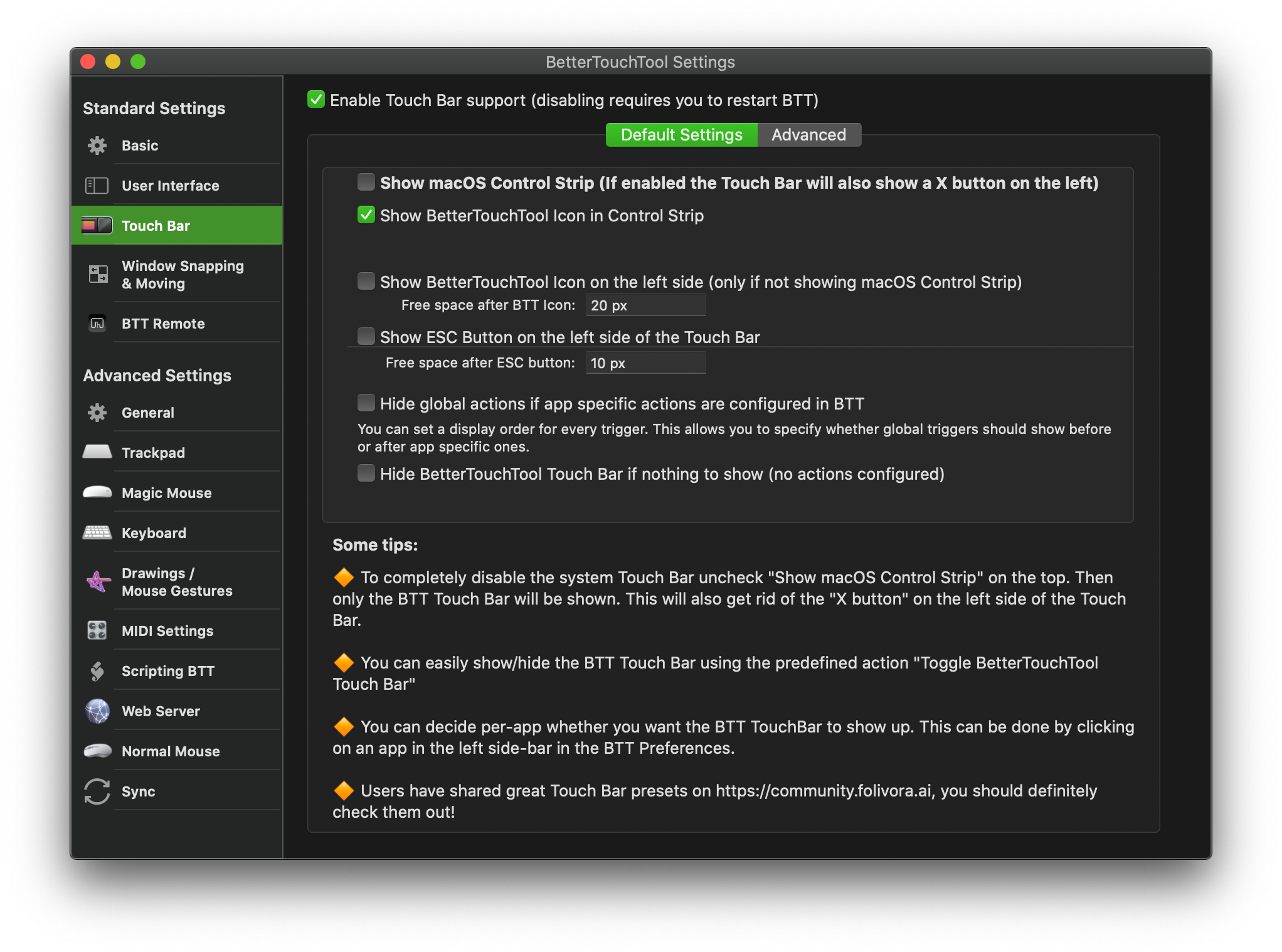 Close out, and click on the big “+’ icon in the centre of the BetterTouchTool’s main screen—which should be set up for adding a touch bar button or widget to “all apps.” For a trigger, select “Touch Bar button” under “Normal Buttons & Groups,” In the Button Title field that appears, give it a good name, such as, “unhide.”

You’ll then click on the “+” button that allows you to assign a first action to this trigger. You’ll select a “Touch Bar Related Action,” and that’ll be “Toggle BetterTouchTool Touch Bar.” 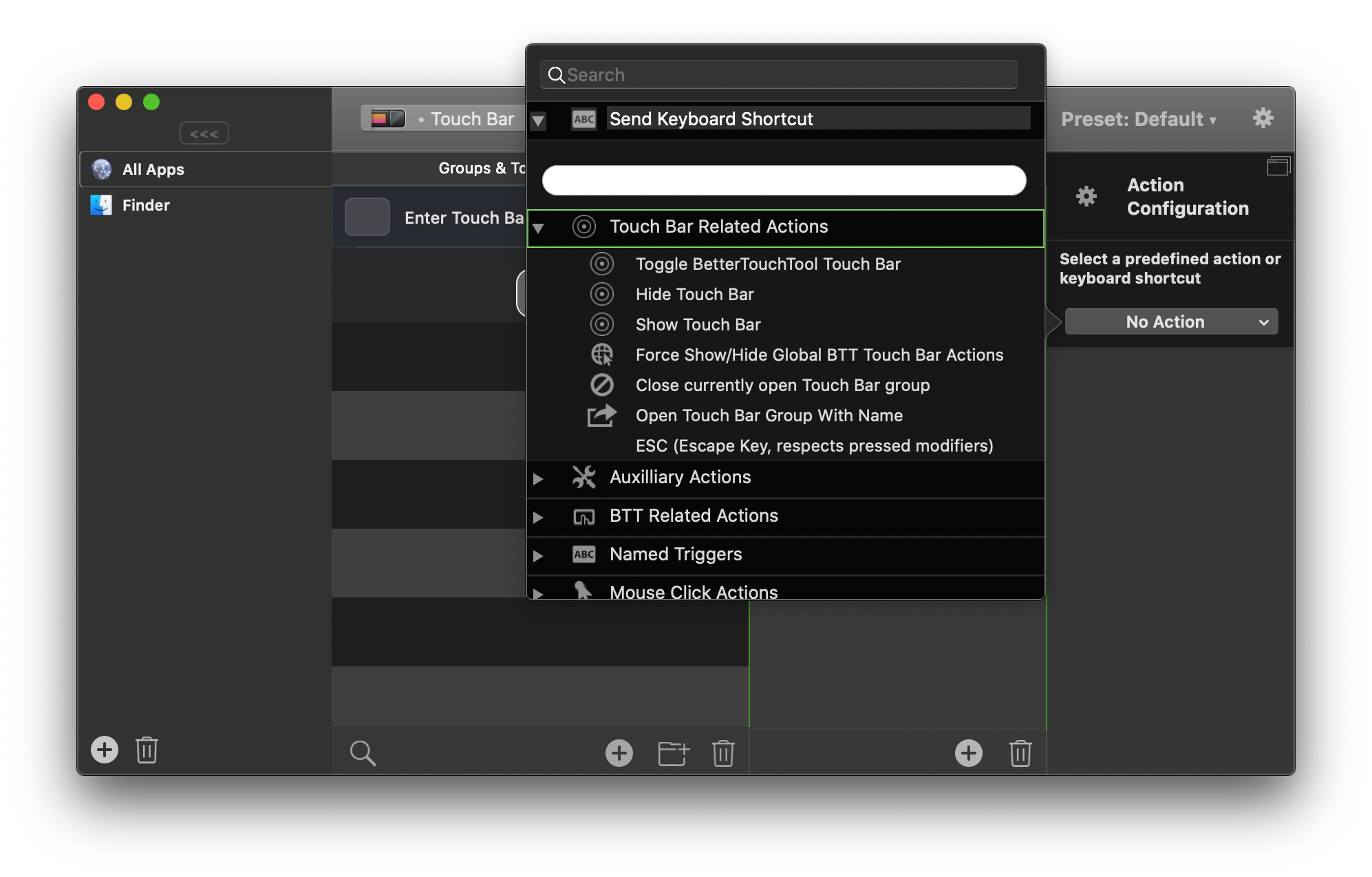 Finally, you’ll want to click on your “Unhide” trigger under the “Groups & Top Level Triggers” column, and then scroll down a bit on the right-most column (Touch Bar Trigger Configuration). When you find “Item Placement On Touch Bar,” set it to align on the left or the right. Your choice.

Close out of the app, and your Touch Bar will now look like this: 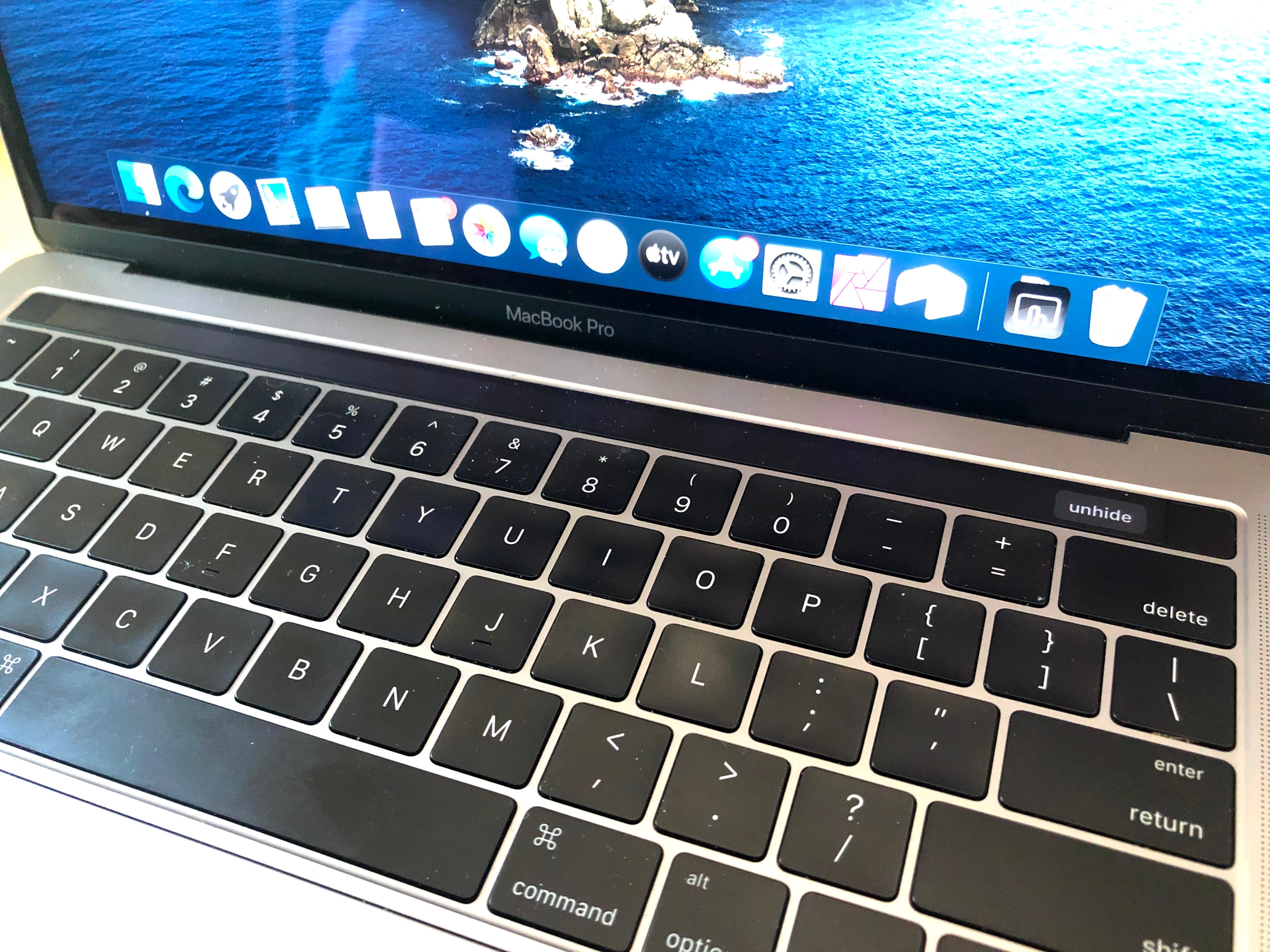 When you tap the new “unhide” button, you’ll see your regular ol’ Touch Bar again. To go back to the hidden view, look for the square icon with little lines in it and tap it: 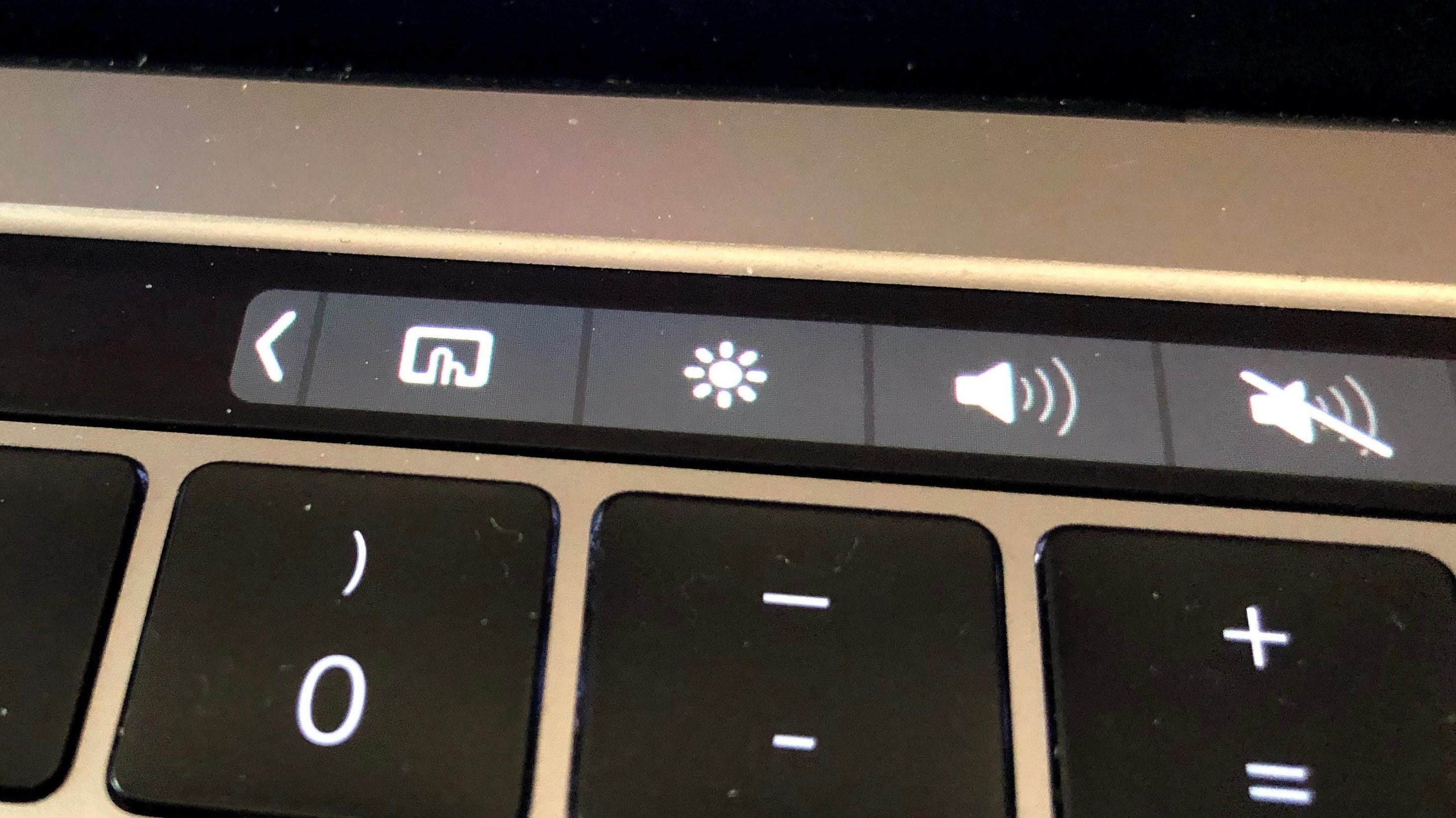 I’m only scratching the surface of BetterTouchTool with this little hack, and I encourage you to really play around with the app—if you end up buying it—to customise your Touch Bar in all sorts of wild ways.