As one who is never very witty on Twitter, I have almost no concern that anything I type is going to get highlighted on a website or in a news story somewhere—not unless someone really cares about my thoughts on cats and Animal Crossing. However, there’s a quick and easy way to see for yourself if your Twitter wit has ever been picked up elsewhere. (And you might be surprised!)

When I tried, this, my results were all boring. I blame this on my enthusiasm for dropping my Twitter handle in every story I write ever, in a semi-delusional attempt at making myself popular through brute force. (It still hasn’t worked; maybe I need to work on tweeting more dad jokes.) 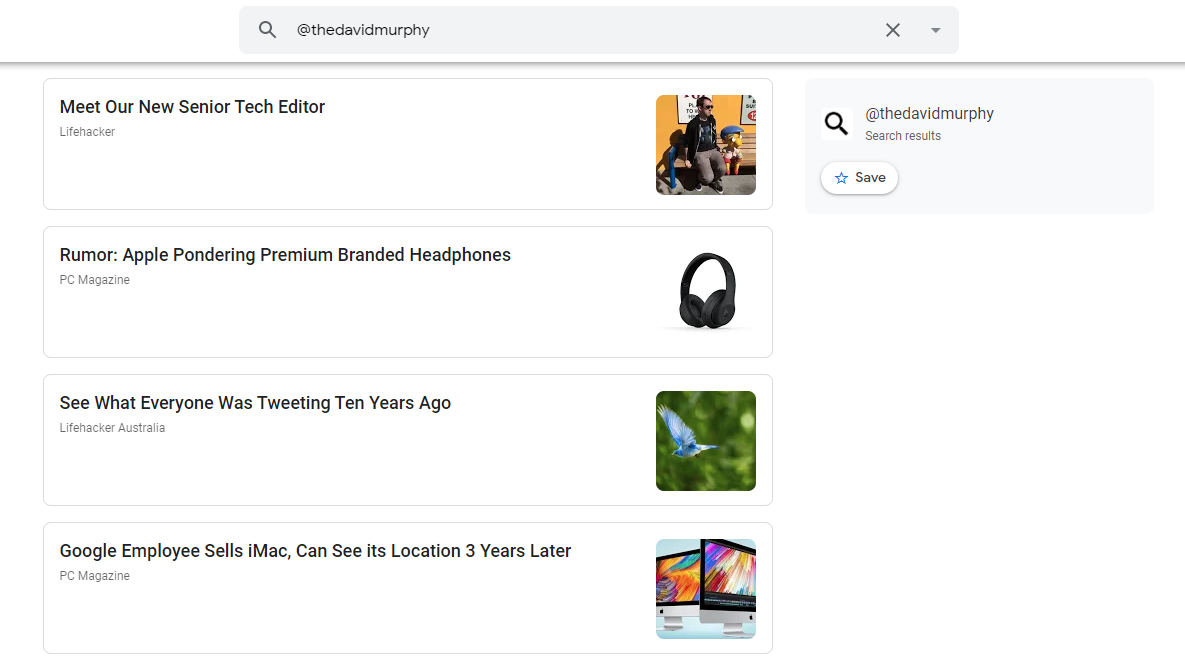 Others had more far more fulfilling (and surprising) results:

WHOA WHAT omg I was embroiled in controversy???? pic.twitter.com/sXjoAwni0n

And, of course, the Twitter users quoted above will see that they were quoted in this article next time they run a search on themselves; the great circle of life continues.

This is also a great reminder that if you’re looking to back down on your Twitter fame at any point, looking up what you’ve been quoted saying and then deleting that tweet can help you reclaim a sliver of anonymity. (That’s assuming the media entity in question didn’t screenshot your tweet and embed that, instead of embedding the tweet itself.)

It’s also not the worst habit to set up some kind of auto-deletion mechanism for your older tweets. Sure, they won’t be there to pad your engagement stats—for the few of you that care about that sort of thing—but it never hurts to make sure that a snarky tweet you published years ago doesn’t come back to haunt you.