Four Martinis You Should Know

My favourite martini is the one that someone else makes for me. Ideally that person is Dan Casto or Jeffrey Morgenthaler, but certain logistical issues have prevented me from living that life. Mixing a martini at home is not hard, but it requires an answer to the question, “What kind of martini do I want?”

One would think it an easy question to answer. A martini is a simple, petite (three-ounce) drink, served very cold and up. It’s just gin and vermouth with an olive (or strip of lemon zest) thrown in, but nerds have a way of sucking the fun out of everything. (It’s me. I am the nerds.) There is only one absolute truth when it comes to martinis, and that is that there are no absolutes. Ask five different bartenders to make you a their “perfect” martini, and you will get five different drinks (and you will get very drunk). I don’t think that’s a bad thing, but it can be frustrating for someone who wants to start making martinis at home.

Vague, imprecise descriptors like “classic,” “bone dry,” and “dirty,” are often heard in conjunction with the word “martini,” but those words rely on perception. Julia Child and Ernest Hemingway both drank a fair amount of martinis, but Julia’s dry martini would have been sopping wet by Ernest’s standards.

Until you develop your own very strong and forceful opinions on what a martini should be—and you’ll get there, my babies—it helps to have some benchmarks. You’ll notice that, except in the case of the dirty martini, I shy away from those vague descriptors and stick to numbers, which are harder to quibble with (though I’m sure someone will, uh, find a way).

If you don’t already have a favourite gin and vermouth, pick a London dry for the former (I like Tanqueray and Tanqueray 10) and Dolin for the latter. For all of these martinis, you want to stir them in a mixing glass over cracked ice for at least a minute to make sure they are properly chilled and diluted, but still dense and silky. 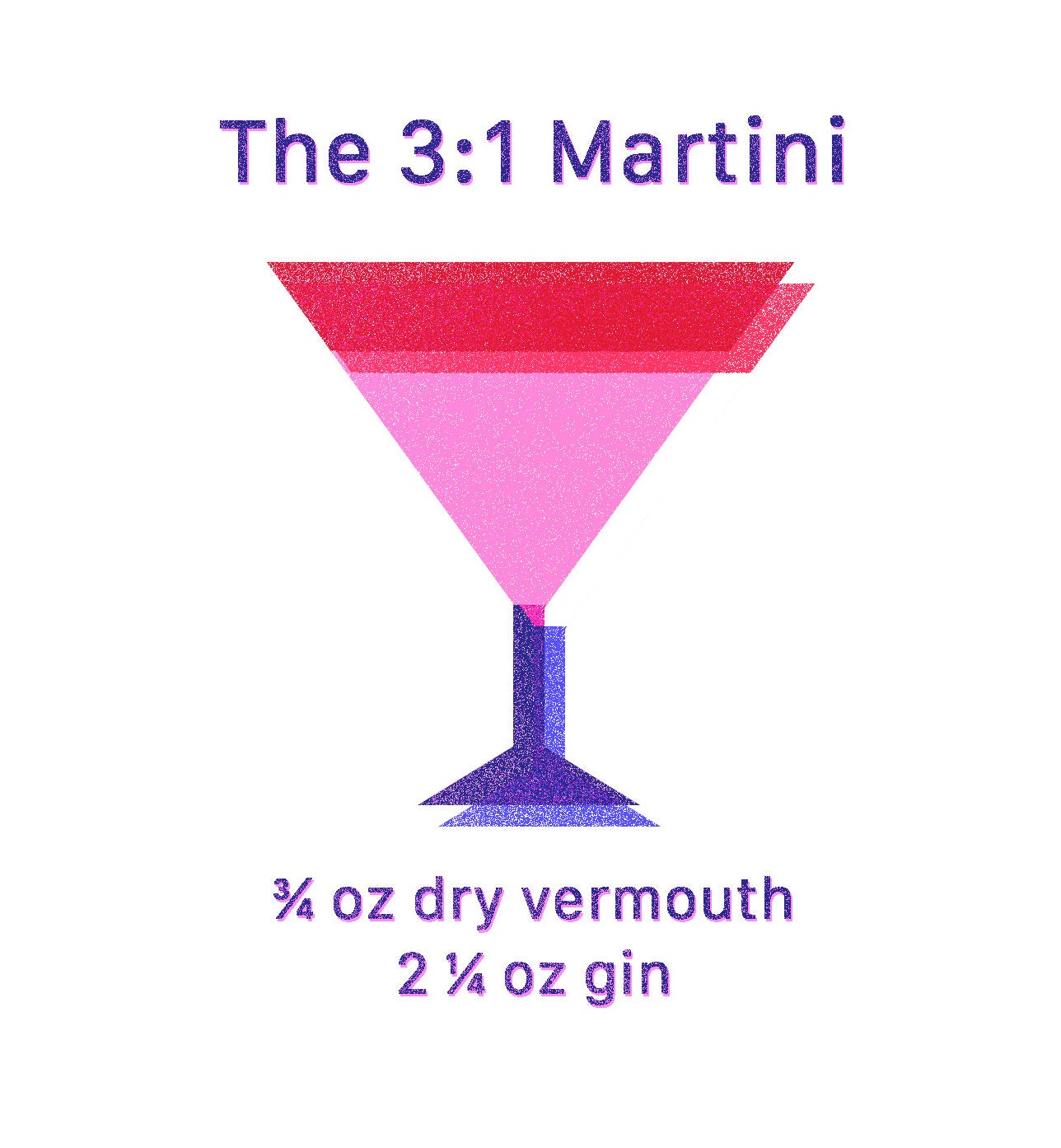 Some people might call this a “classic” or “standard” martini, while others might yell at me for doing that. (I do feel like cocktail writing is 50% trying to help people drink and 50% trying to not get yelled at, but it’s still very fun!) This is a martini where the vermouth is definitely present, which is a good thing because vermouth is delicious. To make it, you need: 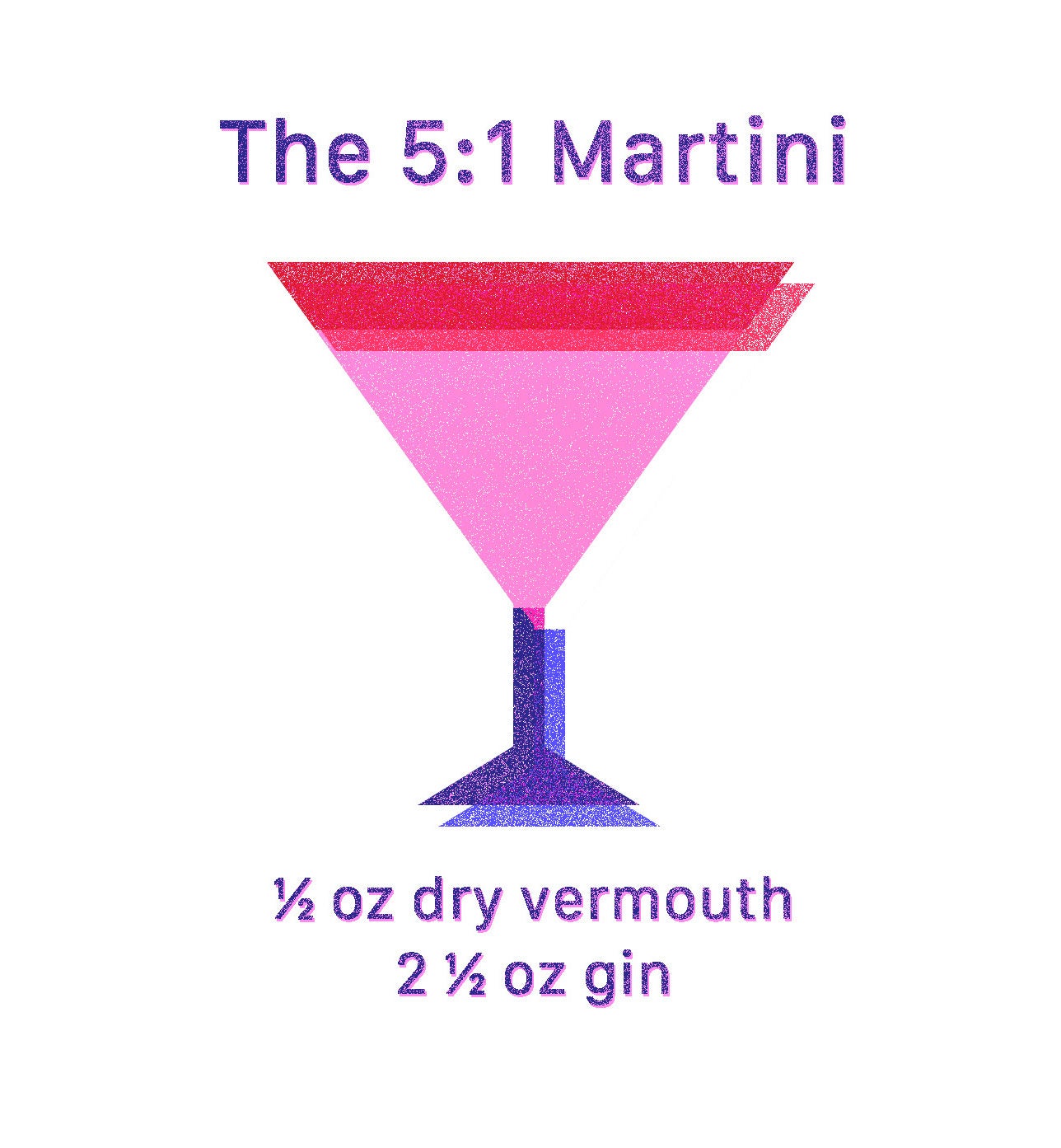 This is a dryer—meaning “less vermouthy”—martini, but some men who wear very large watches might still think this is a bit too “wet.” You are welcome to decrease the vermouth even more if you wish, but give this one a try first, because, despite what men who wear very large watches might tell you, vermouth is not a sign of weakness. To make this dryer martini, you will need: 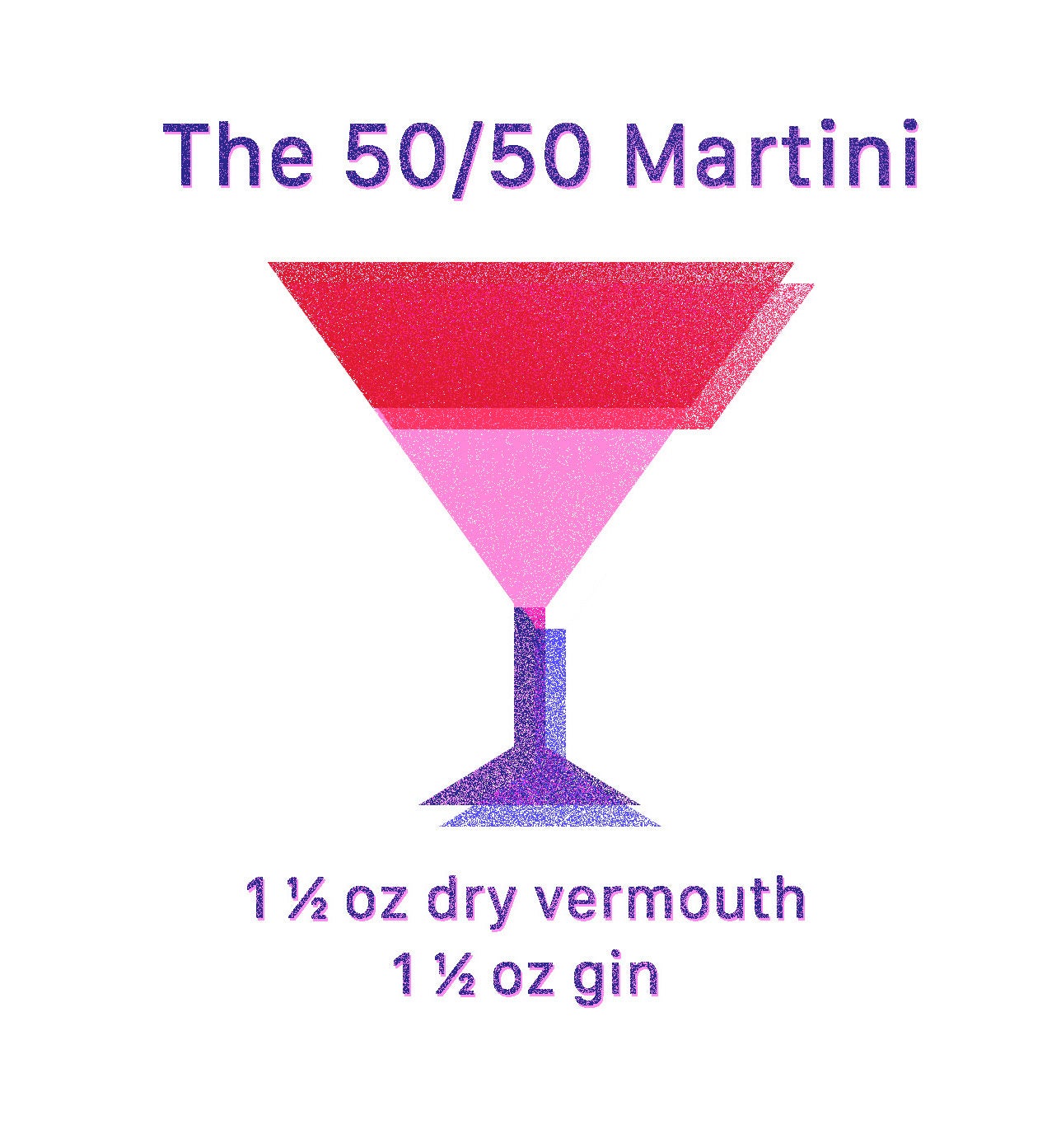 This martini is exactly what it sounds like—equal amounts of gin and vermouth, which means you really need nice vermouth if you plan on making one. It also means that you need to store that nice vermouth properly, in the fridge, and use it within a couple of months. (Actually, this is true of all vermouth; don’t use oxidized vermouth in cocktails of any kind.) The 50/50 is flavorful, kind of retro in a Betty Draper garden party kind of way, and lower in ABV than its cousins, which can be a very good thing, depending on how many you plan to have. (It’s also a sort of “industry secret.” Ordering one—if that is ever allowed again—will make you seem “in the know.”) To make it, you will need: 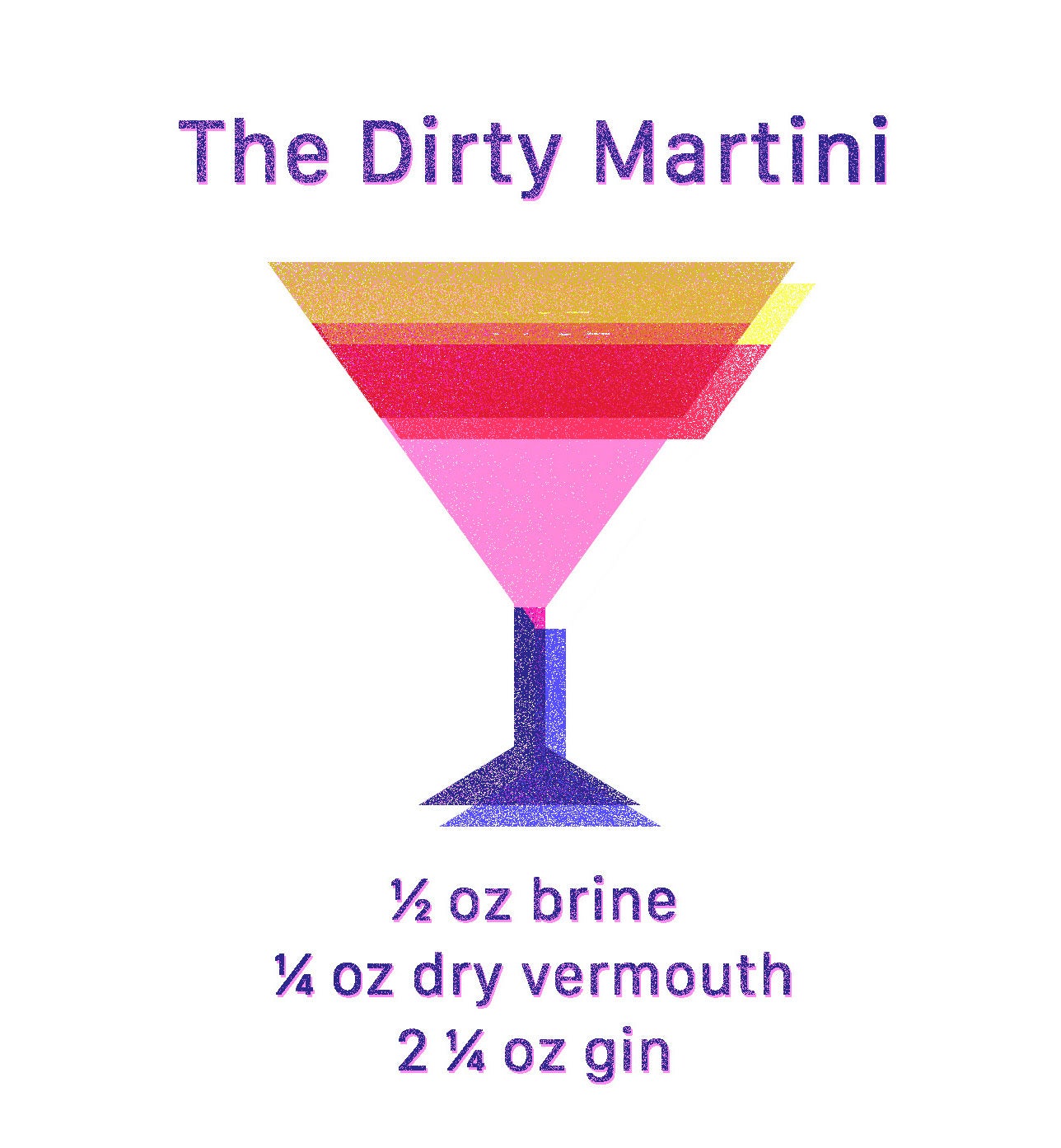 This was my first love, as far as martinis go, and I still order them (with french fries or a steak) if I’m craving something briny. It’s not usually thought of as a “classy” drink, but that has never bothered me because that descriptor has never applied to me. (If you do want to class it up, rinse your coupe with some peaty scotch for a smoky treat.) To make a dirty martini, you will need:

Once you’ve played around with one or more of these, try branching out into other styles of gin, or get crazy with a Vesper. Heck, you can even use vodka if you must, but that will turn your martini into a kangaroo. It could be fun to make a “dirty kangaroo,” though. At least it would be fun to say.