All of us (hopefully) have been religiously washing our hands, each time for 20 seconds. But, what’s the point if you end up touching your filthy phone again?

We touch our phones some 2,617 times a day (yep, that includes every swipe and tap). We take them with us everywhere: Bathrooms, gyms, subways, and buses. They’re like an extra limb or appendage.

My phone is disgusting. If you were to flash a blacklight on it, you’d likely find oil, grease stains, and blood (I cracked it six months ago and it’s cut me several times since then). I’ve had the flu and cold this year, too, and have only cleaned my phone on occasion, using water.

According to Dr. Peter Papadakos, the director of clinical care at the University of Rochester Medical Center, it’s this reason, among others, that we all need to start sanitizing our phones ASAP.

“The screen itself is a harbinger for carrying bacterias and viruses,” he said over the phone. “There have been multiple reports of infections being transmitted by the screens of our phones.”

Flu viruses that are capable of infecting others, for instance, can last on hard surfaces for as long as 24 hours, according to one study. This means anyone who touches your phone in that time could be vulnerable.

“Foot and mouth disease is very rampant in small children at nursery school-age, too,” Papadakos added. “More and more, in daycare centres and nursery schools, people use smart screens to entertain the kids and that screen is passed amongst the kids who are touching their nose, mouth, and the screen ” and infection can spread amongst all the children.” 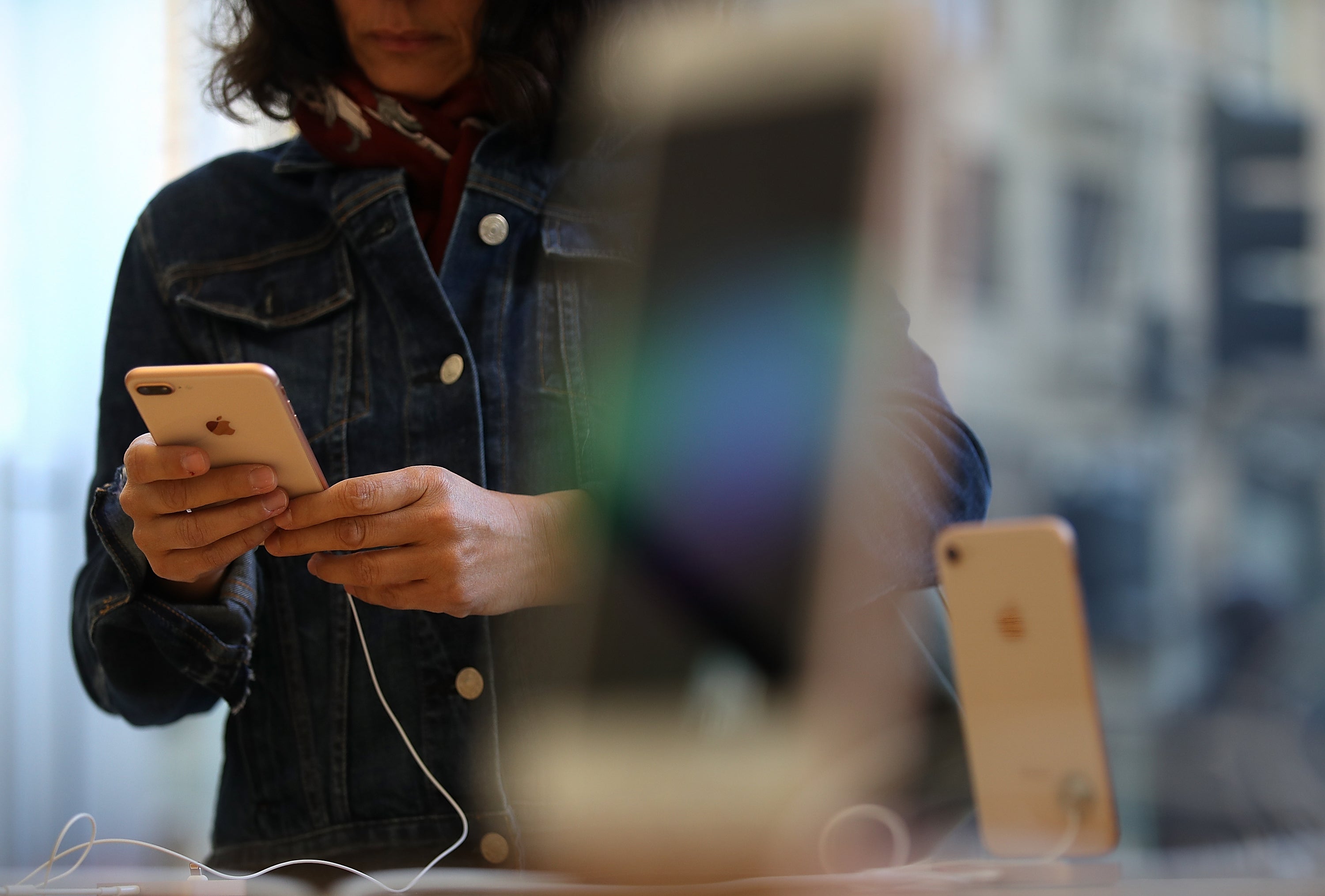 So how exactly do we clean our expensive smartphones without damaging them forever?

If you have access to one, Papadakos recommends using a particularly high-tech cleaning method: a UV disinfection box you place your phone in, which eliminates germs and electronic devices in seconds. They’re available for purchase on Amazon and they’re becoming more common in public restrooms and universities, he said.

If you’re looking for something a little less high-tech, Apple recommends using a lint-free cloth to clean your iPhone, the kind you receive with a pair of glasses. You can lightly dampen the cloth with a combination of 70 per cent isopropyl alcohol and diluted water in a spray bottle in a 1:1 ratio, according to the New York Times.

Wipe the surface of the phone with the dampened cloth (never spray directly onto the screen), and be careful of openings, so water doesn’t get into the phone. It may be tempting to use an all-purpose antibacterial wipe, but avoid it at all costs, as these can be too abrasive. Papadakos said to avoid the use of products like Clorox wipes, in particular, which has chemicals that can harm the screen itself.Â

After a particularly rough battle with the flu earlier this year, I've gotten pretty obsessive about watching what I touch in public places. I also carry around antibacterial wipes whenever I fly (a habit I've had for years), and immediately wipe down my tray table, seatbelt, and armrest as soon as I take my seat on a plane. As it turns out, I should probably be paying more attention to what I'm touching in the actual airport before I board.

And most importantly, how often should you clean your phone? According to Papadakos, any time you cough, really. “We have to think our phone as an extension of ourselves.”

So clean it as often as you would with your hands (and do it now, you’re doing us all a favour).