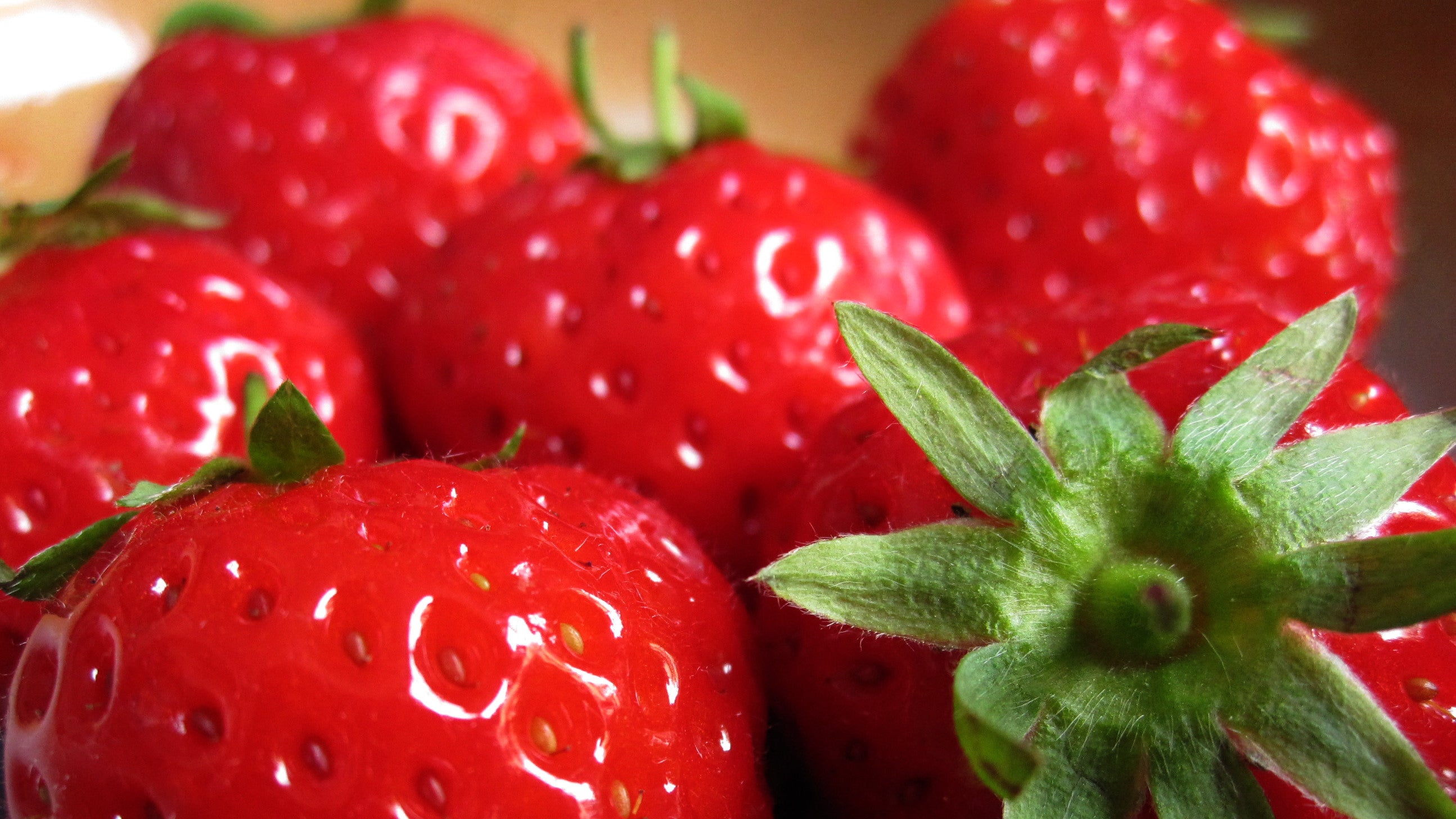 The internet is freaking out about a TikTok video (and accompanying Buzzfeed article) showing what appear to be little worm-like bugs crawling out of fresh strawberries soaked in salt water. Is this for real? Have we been unknowingly enjoying larvae in our triple-berry parfaits? Should we just never eat fruit again? I talked to some experts to find out.

Here’s the short answer: this is a real thing that can happen, but it’s not common. And neither the food safety experts nor the bug experts advise washing your fruit in salt water.

What is actually happening in this video?

Krista Torres, who made the video, writes: “I filled a bowl with room temperature water, poured in a shit ton of sea salt (like five large spoonfuls), put the strawberries in, and waited about 30 minutes.” She then notes little white wormy things crawling out of the strawberries, and concludes that they are the larvae of spotted-wing fruit flies, Drosophila suzukii.

It’s not clear from the video whether she’s identified the species correctly, but more about that in a minute.

The salt water soak is actually a technique that growers and wholesalers use to check for fly larvae in berries, entomologist Hannah Burrack told me. She helps berry farmers with pest management at North Carolina State University. Berries are sold from growers to wholesalers (who package them into those clamshell boxes) and from there, resold to supermarkets. “If [the wholesalers] find larvae in the fruit coming from the grower, they will send all of that fruit from that grower right on back,” says Burrack.

Since they only test a sample of the fruit in each shipment, there’s no guarantee that the rest of the berries are larvae-free, but the general idea here is to minimise the chances of any bug-filled berries making it into the supply chain.

No. But there are probably bugs in some strawberries.

You know fruit flies, right? Those little tiny guys that show up around overripe fruit you’ve left on your counter too long? They’re often Drosophila melanogaster or Drosophila simulans, Burrack says, if not one of their relatives. The adults, which you’ve seen and swatted away a million times, reproduce by laying their near-microscopic eggs in the soft parts of fruit. The eggs hatch into itty-bitty larvae—aka maggots—which look exactly like the “worms” in the TikTok video. Eventually the larvae grow bigger and turn into flies, and the circle of life repeats.

Usually you find these guys in fruit that’s damaged or overripe, but there is a species called Drosophila suzukii that uses a saw-toothed ovipositor (a, uh, butt spike) to inject its eggs into fresh berries while the fruit is still growing on the plant.

As the Buzzfeed article puts it, “the females shoot their eggs into the interior of fruits that are just beginning to ripen, especially blueberries, strawberries, and raspberries. MEANING THESE BUGS ARE LIKELY IN ALL BERRIES!”

But Burrack tells me that there’s no way to know whether the larvae in the video are D. suzukii, since all Drosophila larvae look alike. And since growers and wholesalers do their best to keep D. suzukii out of the food supply, it’s not very likely: These larvae could just as well be from a fruit fly that was buzzing around the grocery store or Krista Torres’ kitchen.

Would it be harmful to accidentally eat these bugs?

Nope. The idea they are lurking within your berries may be unappetising, but they’re not going to hurt you. “You can eat them, but kinda gross,” says Ben Chapman, a food safety specialist from North Carolina State University.

“‘Natural’ protein,” tweeted food safety specialist Courtney Crist when I asked about it.

“If you’re eating berries I would assume you have probably eaten these at one point,” says entomologist Joe Ballenger.

Excuse me, bugs in food are gross

A valid point. But since you brought it up: This is nothing new. Did you know that vegetables are grown outside, in dirt, and that there are lots of bugs out there? Ballenger casually mentioned he’d picked a plant bug (that is, I am not joking, its actual name) out of his lettuce recently. Plant bugs inject their saliva into leaves and then suck out the resulting slurry. You have probably eaten a lot of plant bug spit.

Similarly, Chapman noted that worms in fresh fish are so common, sushi restaurants are required to freeze raw fish before serving it to kill any worms. Which mean the worms are still there, they’re just dead.

I could go on, but I won’t. Suffice it to say, you’ve probably eaten a lot of things you’d rather not think about. Or as Ballenger puts it: “If you look too closely at it, pretty much anything is gross.”

OK, so what should I actually do with my strawberries?

Everybody I talked to said the same thing: you don’t need to soak them in salt water or do anything special. A regular rinse is fine.

Burrack points out that you should keep your berries in the fridge. This makes them last longer and it keeps them away from the fruit flies buzzing around your counter. Bonus: After three days of refrigeration, any fruit fly eggs or larvae in your berries will likely be dead, at least.

All the classic strawberry-keeping advice still applies, the other biggie being to not wash your berries until you’re ready to eat them. Washing can damage the berries slightly, creating opportunities for mould and microbes to get under the skin. So just take the handful of berries you intend to eat, wash those, and leave the rest in the fridge until next time.