Buried on KFC’s website are a series of ‘Facts’ the company insists are fake news. More than anything, it would like you to stop believing in them.

KFC has been a popular fixture of the fast food industry since the 1950s. In that time, a lot of damaging rumours and urban legends have flared up about the company, some of which persist to this day. Are any of them true? Take a look and judge for yourself.

The Most Revealing Responses From McDonald's 'Our Food Your Questions' Campaign

For the past few years, McDonald's Australia has been inviting customers to grill the company about its products on the Our Food Your Questions website. No question is off-limits, including whether Quarter Pounders have shrunk in size (they have) and whether McMuffins use free-range eggs (they don't). While this was obviously a PR stunt designed to engage customers and their wallets, the amount of transparency still surprised us. Here are 15 of the most revealing -- and weirdest -- responses from the campaign so far.

#1 KFC’s 11 herbs and spices are no longer secret 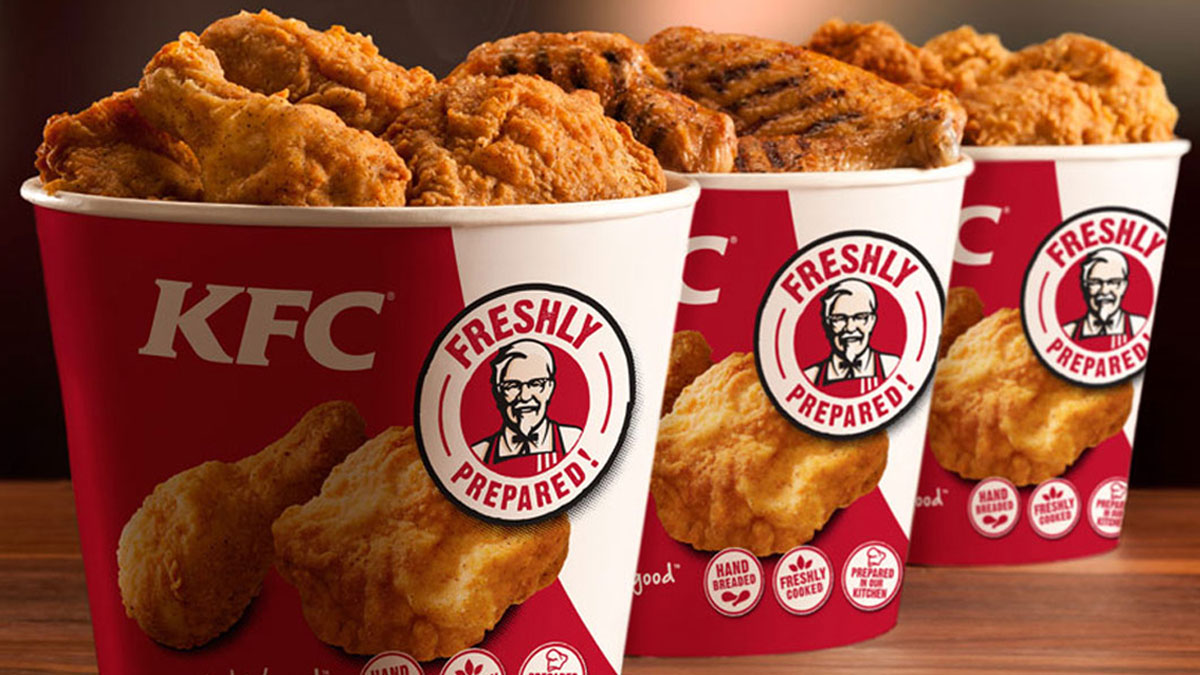 At least once a year, media outlets regurgitate a story about KFC’s ‘secret’ herbs and spices getting leaked. (We’ve done it ourselves here, here and here.)

Most of the stories stem from claims made by Joe Ledington, the nephew of KFC founder Colonel Sanders who alleges to have discovered the secret recipe in a family scrapbook.

On its website, KFC is sticking to a firm denial:

“One of the biggest trade secrets in the world is the Colonel’s secret blend of 11 herbs and spices… Very very very few people in the entire world know the actual secret, so if someone claims they do, they’re probably lying to impress you.”

You could take KFC’s word for it – or you could follow the alleged recipe and judge for yourself.

#2: KFC imports its ingredients from overseas

Not so, assures KFC – mainly because it would actually be more expensive to import fresh poultry from overseas. (This isn’t exclusive to KFC, either – pretty much all raw chicken meat available in Australia is grown in Australia.)

“All of our chicken comes from Aussie poultry farms and most of our fresh produce – such as our lettuce and tomatoes – is grown right here, as is the flour we use to make our burger buns, tortillas and dinner rolls,” KFC says on its website. “The potatoes we use to make our famous chips generally come from Tassie and Victoria and the high-oleic canola oil we use for cooking them is also Australian-grown.”

With that said, KFC acknowledges that it “sometimes” sources non-chicken produce from overseas due to “low cropping levels” – but only as a temporary measure. Nope. At least, this isn’t true most of the time. According to KFC, “at least 97%” of its fillets, strips and boned chicken are delivered fresh and unfrozen from Australian suppliers including Inghams, Steggles and Golden Farms and used immediately.

“We’re known for having the world’s best fried chicken, and there’s just no way we could have that reputation if it wasn’t fresh,” KFC claims. “After our food is cooked, it’s only held hot for a specified, short length of time. If it isn’t sold before the holding time expires, it’s taken off the shelf.”

There are a few exception, however. As we discovered during a KFC kitchen tour, high-volume sides like popcorn chicken and nuggets are floured off site and kept frozen prior to cooking.

How KFC Australia Makes Its Chicken

#4: ‘Colonel Sanders’ is a fictional mascot 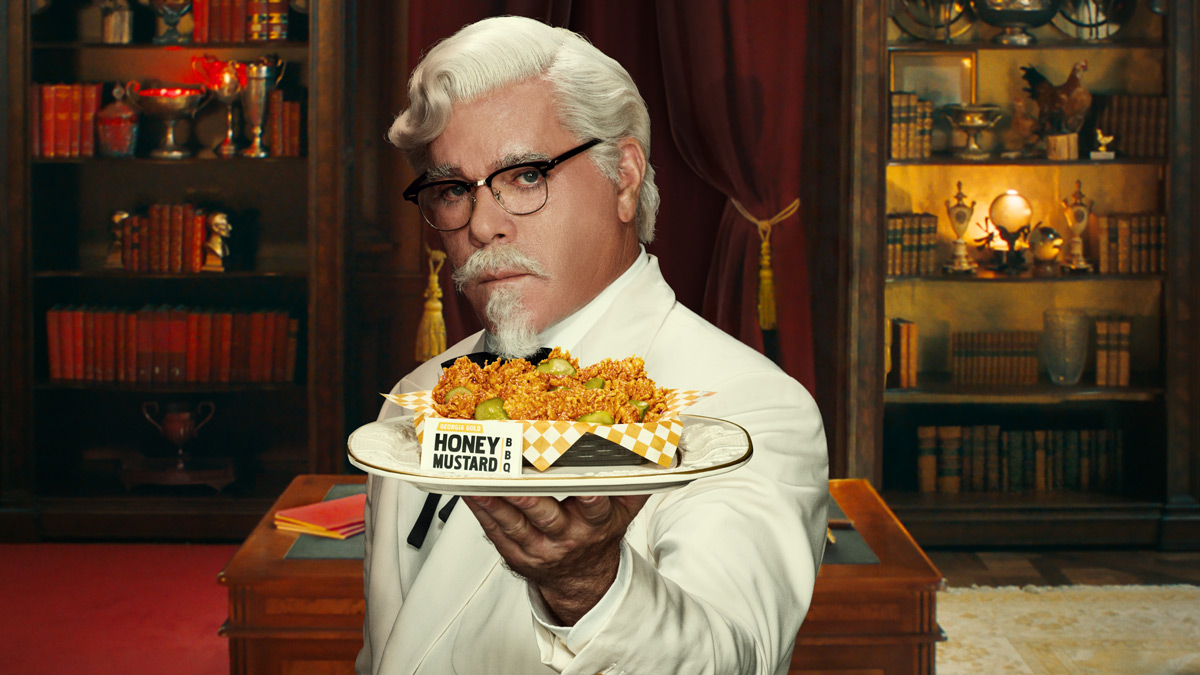 Apparently, there’s a persistent belief that KFC’s bearded, grandfatherly frontman is a fictional character – just like Ronald McDonald or the guys from Guzman Y Gomez. A Wikipedia search clears this up instantly – but KFC still spells it out on its website:

“In 1930, in a humble service station in Corbin, Kentucky, 40-year old Harland Sanders began feeding hungry travellers. His delicious fried chicken was a hit and he continued to expand his empire until he sold the franchise in 1964, while remaining the face of the company.”

Sanders died in 1980 at the ripe old age of 90 – which suggests he didn’t regularly partake in his product. Somewhat depressingly, he was buried in his trademark white suit and black western string tie. (Imagine if you have to wear your funeral attire in the afterlife for eternity. The only worse-off celebrity is Bela Lugosi, who was buried in his Dracula outfit.)

Some people believe the US government forced KFC to change its name from ‘Kentucky Fried Chicken’ because it started using genetically modified birds that aren’t technically chickens. In some versions of the rumour, these lab grown creations have multiple wings and legs to save on costs. (More on which below.)

“Definitely not true. You know the ‘C’ in KFC still stands for chicken, right? We probably changed our name to KFC because it’s shorter and easier.”

In any event, KFC recently resurrected its original branding which should help to put this rumour to bed once and for all.

'KFC' Is Getting The Chop In Australia (But Don't Freak Out)

Since 1991, KFC has been synonymous with fried chicken but the fast-food franchise has plans to kill off its iconic logo and name for the past three decades in favour of nostalgia. That's right: we're apparently ditching the acronym and going back to 'Kentucky Fried Chicken'.

#6 KFC fattens its chickens with steroids and artificial hormones

This is one of the more persistent urban legends out there and it has been levelled at a wide range of fast food outlets and chicken producers. In reality, no chickens or eggs produced in Australia contain added hormones, and they have not been given hormones for decades.

“We demand high levels of animal welfare standards from our chicken suppliers, all of whom are required to be members of the Australian Chicken Meat Federation and to strictly follow the Model Code of Practice for the Welfare of Animals, Domestic Poultry,” KFC adds on its website. 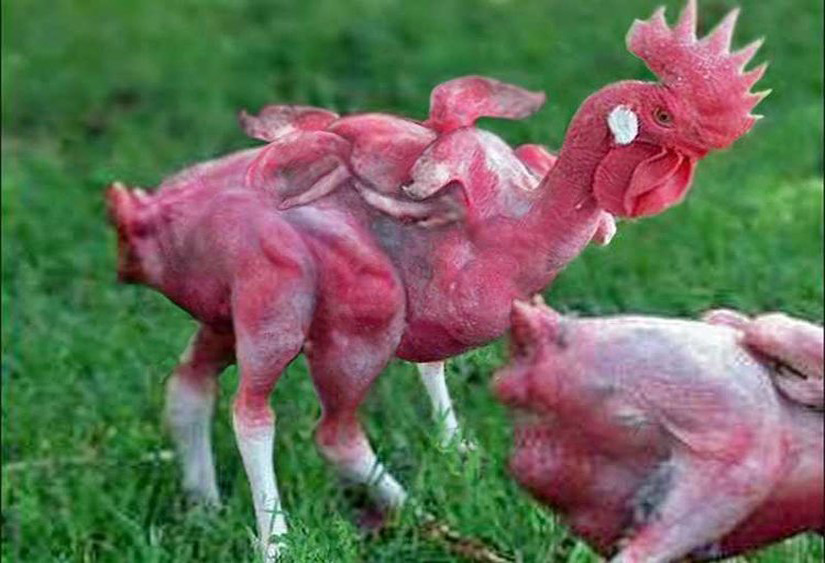 When it comes to fast food conspiracy theories, this one’s right up there with Pizzagate. Apparently, KFC has a secret lab where it grows genetically-mutated chickens – with eight legs and six wings per bird. No, really. Here’s an excerpt from one of the original news reports:

These so-called ‘chickens’ are kept alive by tubes inserted into their bodies to pump blood and nutrients throughout their structure. They have no beaks, no feathers and no feet. They grow with multiple legs and wings on one ‘chicken.’ Their bone structure is dramatically shrunk to get more meat out of them. This is great for KFC because it saves them money for their production costs.

In 2016, KFC actually won a lawsuit against three Chinese companies who were charged with spreading the above rumour. Needless to say, KFC denies the accusation on its website:

“Of all the crazy hoaxes about KFC, this one takes the cake. Just to be super clear – KFC does not and never will use spider chickens. Spider chickens are not real.”

Kentucky Fried Chicken, or KFC as we know it, is rearing up to open its first drive-through only concept store in Australia. It's the first place in the world to launch the idea so here's how it differs from a regular restaurant.