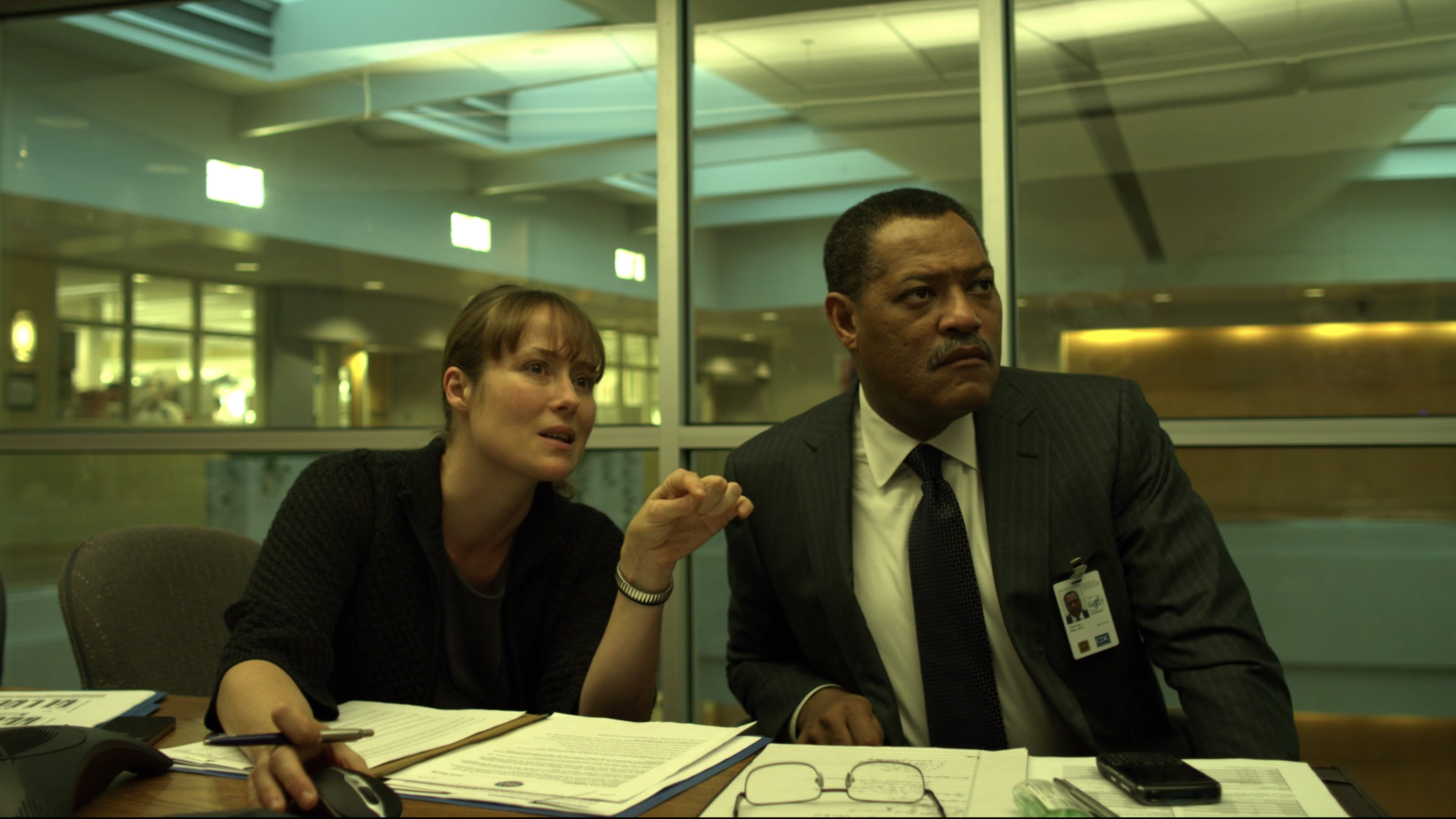 An awful lot of you have seen the 2011 movie Contagion. I know this because when a certain now-deleted twitter thread about the new coronavirus’s R0 went (sorry) viral, people kept asking me if I’d seen the scene in the movie where Kate Winslet’s character explains the term to a roomful of sceptical government officials.


The movie’s popularity has spiked since 2019-nCoV started hitting the headlines. And it gets a lot of things right, in terms of epidemiology—but it also dramatises everything a bit much. Here’s a quick rundown of what’s realistic and what’s not.

(Spoilers lie ahead; you’ve had nine years to see this movie.)

Realistic: doctors and scientists work quickly to contain outbreaks and learn about what’s causing them

Kate Winslet’s character is a sort of detective for epidemics, dispatched from the CDC to the city where the US branch of the outbreak begins. She introduces herself as an officer from the Epidemic Intelligence Service, which is a real thing.

She starts tracking down people who have had contact with known patients; that technique, contact tracing, is a key tool in both understanding and containing outbreaks. In general, most of what happens in the movie is based on real life, and there’s a lot of correct and appropriately used terminology. Winslet’s character even uses the word quarantine appropriately, which is rare in popular media, when she says:

We’re isolating the sick, and quarantining those who we believe were exposed.

Semi-realistic: the virus has a combination of features from real life viruses

Like SARS, the virus has respiratory symptoms and spreads through droplets and fomites. Like Nipah virus, it causes swelling of the brain and appears to have come from animals including bats and pigs. New viruses do often come from animal infections that mutate in a way that lets them infect people.

Yeah, Nipah was more of the model for this than SARS. Plenty of similarities but it wasn't supposed to be a coronavirus exactly.

During the movie, public health officials and others make references to real-life outbreaks of the past and their various problems. Avian flu, SARS, H1N1, and the “swine flu” of the 1970s all get name checked. All of these are, or were, considered serious threats of their time.

By day 7, scientists have not only sequenced the viral genome, but produced computer models showing exactly how a key protein in the virus interacts with its target in the human body. Soon everyone knows exactly what they’re dealing with, and work can begin on a vaccine.

In real life, it takes more time and more people to get those sorts of answers. There may also be a bit of a lead time in just being able to identify the fact that we’re looking at a new disease. Like the doctor tells Matt Damon’s character early in the movie, people die of weird illnesses all the time. It’s not until enough people start getting sick with the same symptoms—and known contacts between them—that it even becomes obvious that there is an outbreak.

They did a good job with the science, but they made it seem like real.time info was truly centralized and universally accessible. It's not. It's much harder in real life to get everyone on the same page, which you have to do to implement the right responses.

Unrealistic: the timeline is accelerated

We can hardly blame a movie for speeding things up to be more dramatic, but a big part of the scariness of MEV-1 relates to how quickly it spreads and how quickly everyone freaks out about it.

The disease has an R0 of 2, it turns out, and even when it catastrophically mutates the R0 is only 4. Ebola and SARS were both in that same range, and you may recall that although those diseases spread across national borders and had no vaccine or specific treatment, they didn’t wipe out millions of people like the fictional virus in Contagion. Keeping people apart from each other is fairly effective, which includes measures like isolation and like closing schools and other places where people gather.

I liked it, it just misrepresented how quickly things can get done. If we could pump out vaccines as quickly as they did in the movie we’d be in a lot better shape biopreparedness-wise.

The vaccine development timeline is also highly accelerated. Maybe they were lucky, I guess. The movie does convey some of the difficulty of developing a vaccine. It requires tricky lab procedures (remember the scientist who figured out which cells to grow the virus in) and animal and human trials that take time, frustrating when it seems time is ticking away.

People panic. The movie’s worldwide scope was able to show just a few of the bad decisions people might make when they’re scared, from a conspiracy theorist making money off useless supplements, to crowds rioting when they’re afraid they won’t be able to get food or medicine. Matt Damon’s character spends much of the movie protecting his daughter from the virus, but later picks up a gun and you get the sense that the biggest threat the small family faces is other people.

One thing they did predict in the movie was the bloggers and conspiracy theories. Been plenty of “graffiti with punctuation” surrounding this situation.

Public health officials walk a fine line between helping people understand the gravity of a new threat, and pushing them to hoard supplies, lash out at neighbours, and enact inadvisable laws (or try to cheat those laws). Just last week the World Health Organisation asked countries not to impose travel bans for the new coronavirus, saying they hurt more than they help, and days later several countries instituted bans and quarantines.

Contagion is full of ethical dilemmas, many left deliberately unsolved, about what scientists, public health officials, and everyday people should do when they are surrounded by fear and trying to protect their loved ones. Watching the movie may inspire some interesting thought experiments about what you would do, but remember that it’s not 100% accurate when it comes to virology or to how epidemics are contained in the real world.