RCS messaging, the next iteration of text messaging that Google has embraced for its Android operating system, has been rolling out to Android smartphones since November 2019. That doesn’t mean that your phone, on your carrier, can use this super-improved version of SMS, but an update to your Carrier Services application might unlock it for you.

As 9to5Google notes, an for your Carrier Services app is opening up RCS messaging for even more combinations of carriers and devices, including various Google Pixels, Samsung Galaxies, and even some OnePlus Android devices.

To update the Carrier Services app to the most recent version (32.0.283645144), simply pull up Google Play, tap the hamburger icon to pull up its menu, tap “My Apps & Games,” and update Carrier Services (and any other apps still in your queue). If you’re unsure whether you have the most up-to-date version, you can check app via the “Apps & Notifications” section of your Android’s Settings app. It’s easy.

Once you’ve updated Carrier Services, make sure you’ve installed Google’s Messages app, if it’s not already on your device, and fire it up. If you see a “Messages just got better” pop-up, tap “agree” to start the process of enabling RCS messaging. If you don’t, or if you’re not sure if you’ve already flipped the switch on this feature, pull up Settings > Chat Features, if the latter exists. Look for your “status” to say “Connected,” which means you’re using RCS messaging. Lucky you. 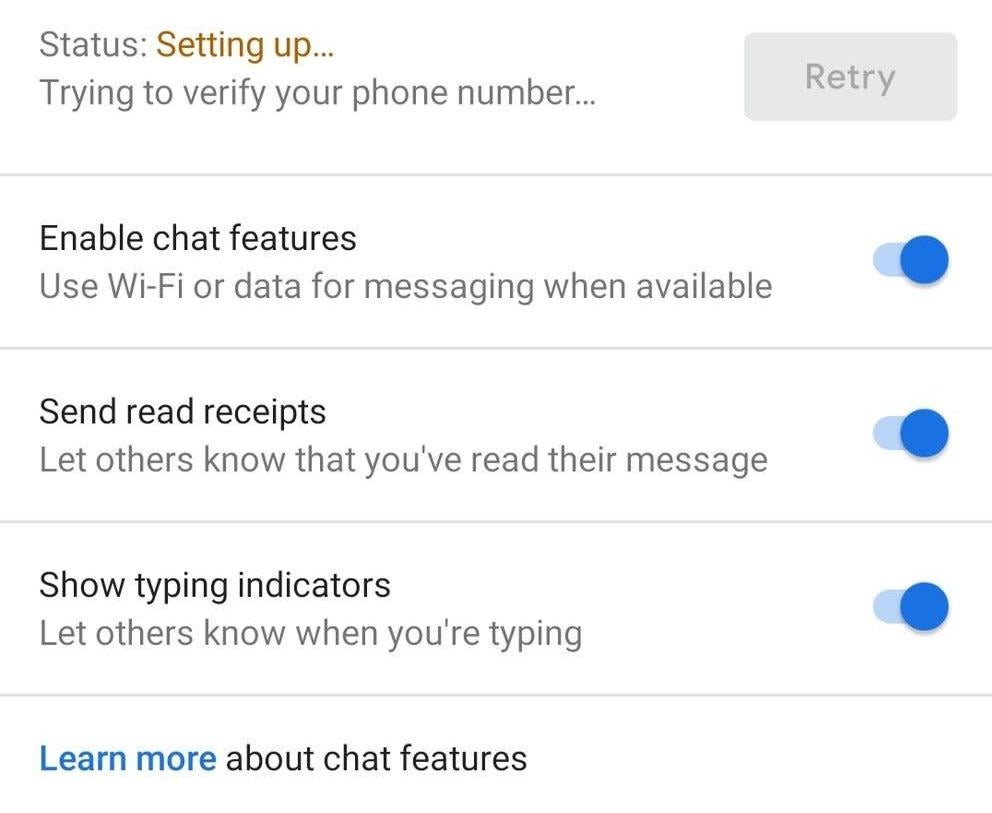