How to Tell Exactly How Many Christmas Lights You Need

How to Reduce the Humidity in Your Home Without a Dehumidifier

Dark Sky just announced it has been acquired by Apple, and with the sale come a few big problems for fans of the hyper-local weather app. First of all, the Android app is going away altogether—for obvious reasons. You can continue to use it until July 1, and subscribers will be refunded any money they’ve spent on a subscription that will soon become worthless.

Second, and just as important, Dark Sky’s API is going away next year. It’ll remain active through 2021 according to the company, but isn’t accepting any new signups starting today. In other words, your favourite weather app that taps into Dark Sky’s information to function, be it Carrot Weather or Hello Weather, will have to switch to another data source—and who can say what that will mean for their accuracy.

Though developers have a little time to regroup, if you’re on Android, you’re going to have to find another option, and soon. And even if you’re a proud Dark Sky iOS user, I would expect changes to hit the app at some point that might make you less thrilled about it. Heck, Apple might even choose to sunset it and fold Dark Sky’s functionality directly into the native iOS Weather app. The sky’s the limit—pun intended.

In the meantime, here are some other weather apps worth checking out—assuming you trust any of them with your location data. (Your device’s built-in weather app is decent, too!) 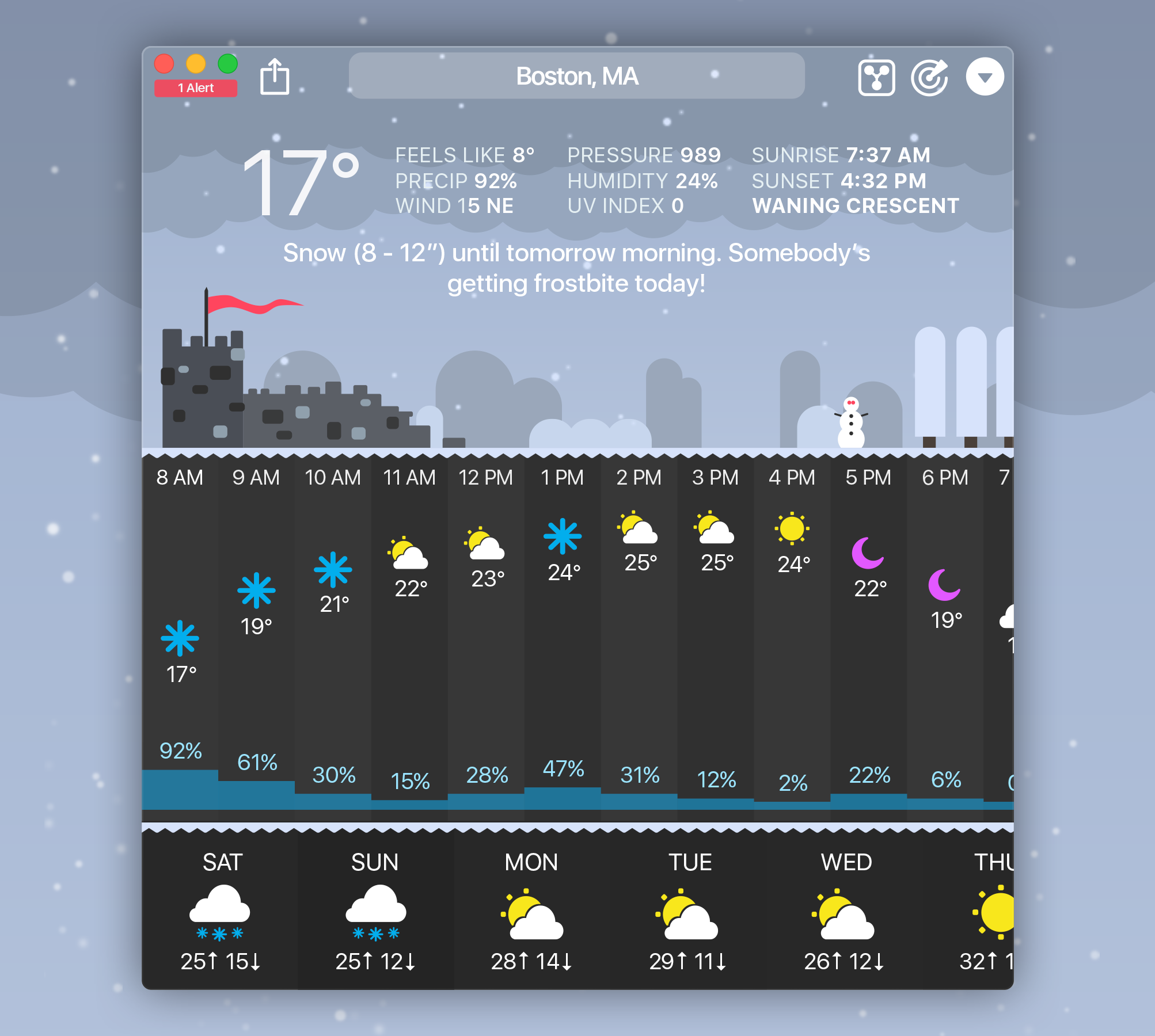 Yes, Carrot Weather taps into Dark Sky’s data, and it costs $US5 ($8) to get started—that’s more than what you’d currently pay for Dark Sky on iOS. However, if you cough up $US5 ($8) for a yearly subscription, you can switch between a number of different data sources within the app: AccuWeather, ClimaCell, Foreca, MeteoGroup, Aeris Weather, or WillyWeather. I love the flexibility this gives me to see which source feels the most accurate for my location. 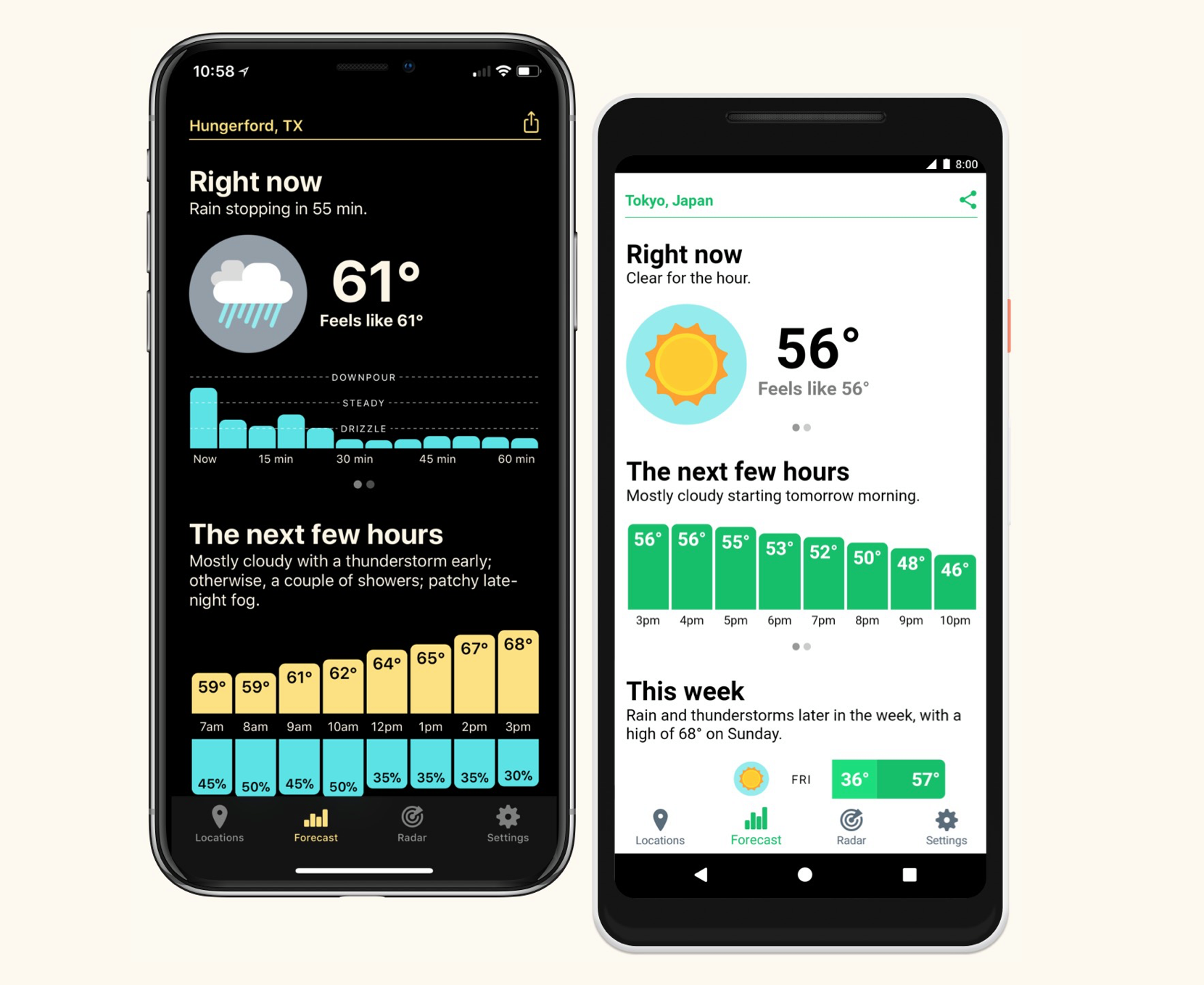 Second verse, same as the first: Hello Weather also taps into Dark Sky’s API, but that’s bound to change soon. The app looks gorgeous and, like Carrot Weather, it allows you to switch your weather data sources to another service as you see fit. The app is free to use, but you’ll have to pay a monthly ($US1 ($2)) or yearly ($US9 ($15)) fee to access its premium features, which include switching said data sources. Weather costs money, but I wouldn’t mind helping out the group of three developers who made the app as, “a passion project and not HARDCORE CAPITALISM.” 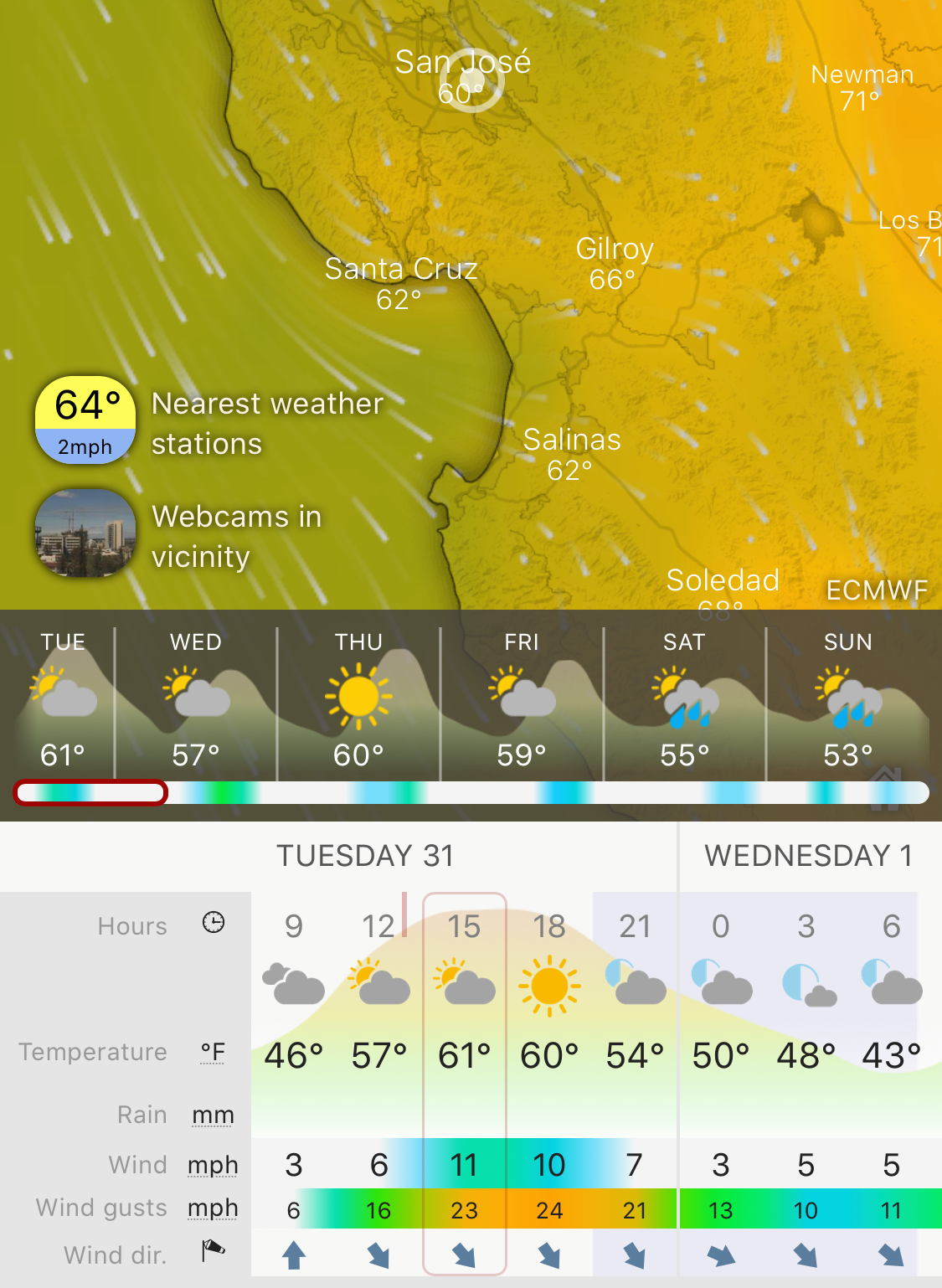 I’ve barely used the Windy app myself, but its website is definitely pretty to look at—the perfect thing to keep up on a second monitor while you work. The app is basically an extension of the site, and it’s completely free to use for your basic weather needs. While it’s really more useful if for those interested in checking out visualized wind conditions and radar and satellite maps of the weather in your area, it does provide a simple five-day forecast every time you start the app, and you can scroll to see what conditions might be like in your area at a given time. Tap on your location to pull up even more detail—as shown in the above screenshot—or set up alerts for weather and temperature conditions for any area you want. 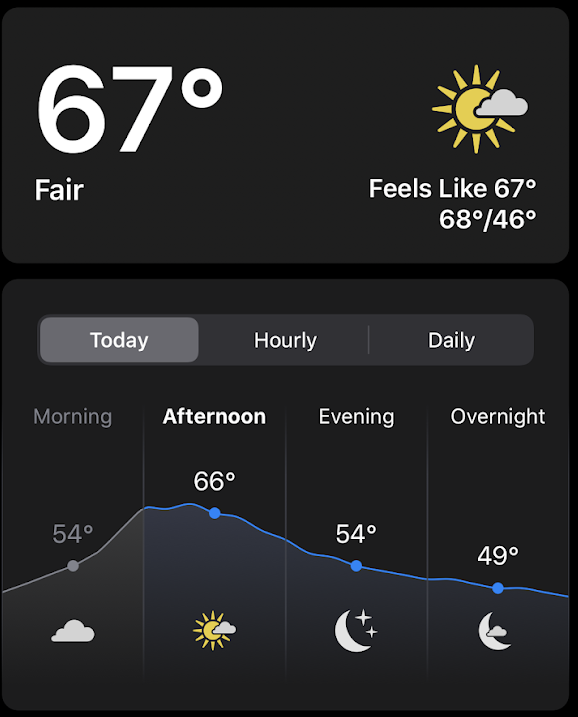 It’s hard to go wrong with #1—on the App Store, at least. The Weather Channel actually supplies the weather information you’ll find in Apple’s default app, if I’m not mistaken, but if you’d rather have a bit more information and less clean a look compared to what you typically use, its official app is a nice-to-have. It doesn’t cost anything for the basics, but going premium to remove ads and access tighter forecasts (and more data) will cost you $US4 ($7).99 ($8) per month or $US30 ($49) for the year. Oof. 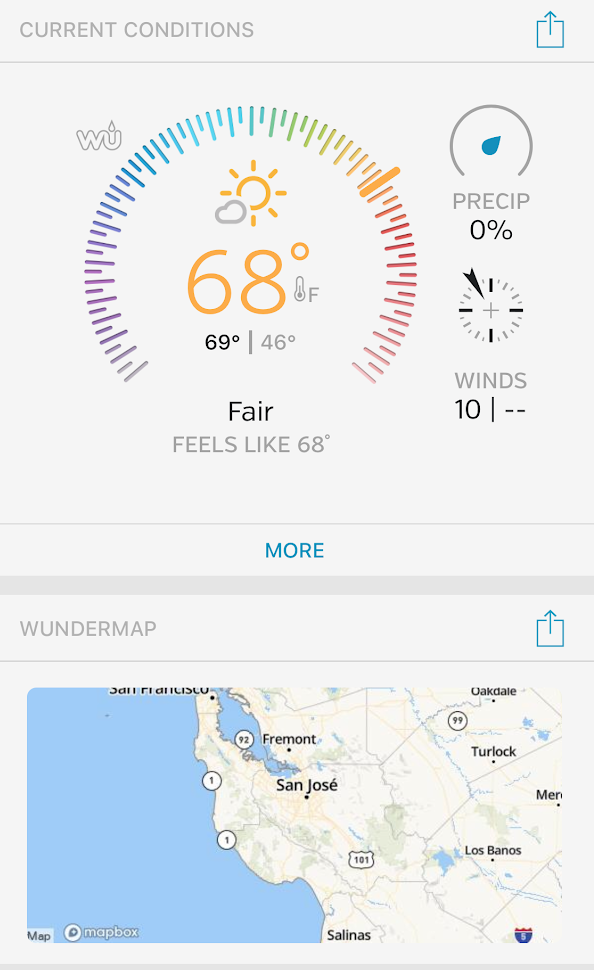 I’ve mentioned two of the “big three” weather apps—The Weather Channel and Accuweather—so it’s only fair to finish the three-way fight by introducing Weather Underground. Odds are good that your need for up-to-date weather forecasts will be fulfilled by one of these three apps, but their varying precision is what’s important. I recommend investigating all of them—or an app you prefer that taps into their data streams—to see which is the best fit for wherever it is you live. (Or cheat and use ForecastAdvisor.)

Anyway, back to Weather Underground: It’s somewhat similar in feel to The Weather Channel app, which is fitting, as TWC owns both. It gives you forecasts and a decent UI, but it’s packed full of ads—no doubt a way to upsell you on the $US4 ($7)/month or $US20 ($33)/year subscription fee to remove them. I don’t love that aspect, even though Weather Underground is ultimately oddly cheaper than TWC’s own app, but if it’s the most accurate provider in your area… Well. It’s hard to dismiss, even with its so-so UI. After all, you probably care a lot more about what might fall on your phone from out of the sky than what’s displayed on its screen.

If you want to check out the data other services use, weather results for Microsoft’s Bing are powered by Foreca (Android, iOS), Alexa uses Accuweather (Android, iOS) and Google uses The Weather Channel, which you now know about.