Make This Simple Lebanese Garlic Sauce And Eat It On Everything 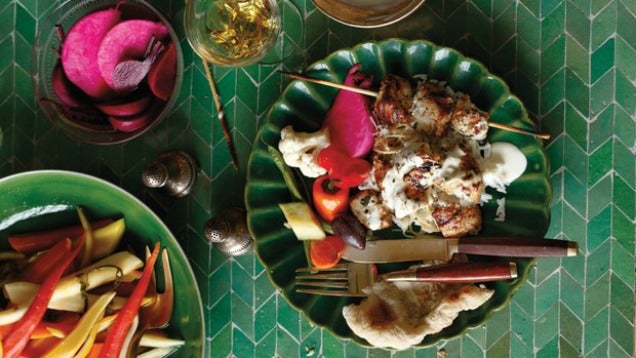 If you’ve ever eaten at a Lebanese restaurant, you’ve most likely enjoyed toum, a fluffy white garlic sauce that is usually served alongside delicious grilled meat. I assumed it was made of magic, but it turns out it’s just garlic and oil.

Though it’s fairly simple to make, it requires patience. You’ll only need a few common ingredients:

Add the cloves to your food processor, removing any little green sprouts first. Add a couple of teaspoons of salt and pulse to finely mince. Next you will need to VERY SLOWLY dribble in 1/2 a cup of oil with the processor running. Scrape the sides, and do the same thing with two teaspoons of lemon juice. Continue alternating oil and juice,scraping the sides of the bowl occasionally. The emulsion will become bright white and fluffy, at which point you should stop immediately and spread it on some meat (or vegetables, or bread, or anything really — just eat it).