How To Make A McDonald’s McMuffin In Five Minutes

One of my favourite breakfasts is the Egg McMuffin from McDonald’s, but not having a car means I have to order them from UberEats, and nothing makes me feel like more of a dirtbag than having McDonald’s delivered. Luckily, I have figured out how to make a McMuffin-esqe sandwich in about five minutes, using my dirtbag oven.

I say “McMuffin-esque” because it is a little messier looking than the fast food breakfast sandwich, but that’s due to the cooking method, which takes its cues from Matty Matheson’s devon bowl.

I am a huge fan of the devon bowl, but I’m not always in the mood to start my day with four slices of devon, so one fateful morning I made a mini devon bowl, with just one slice of devon. I pressed the lunchmeat into a small bowl, added a slice of cheese, and cracked an egg on top. I then popped the whole thing in the microwave and nuked it for two minutes. 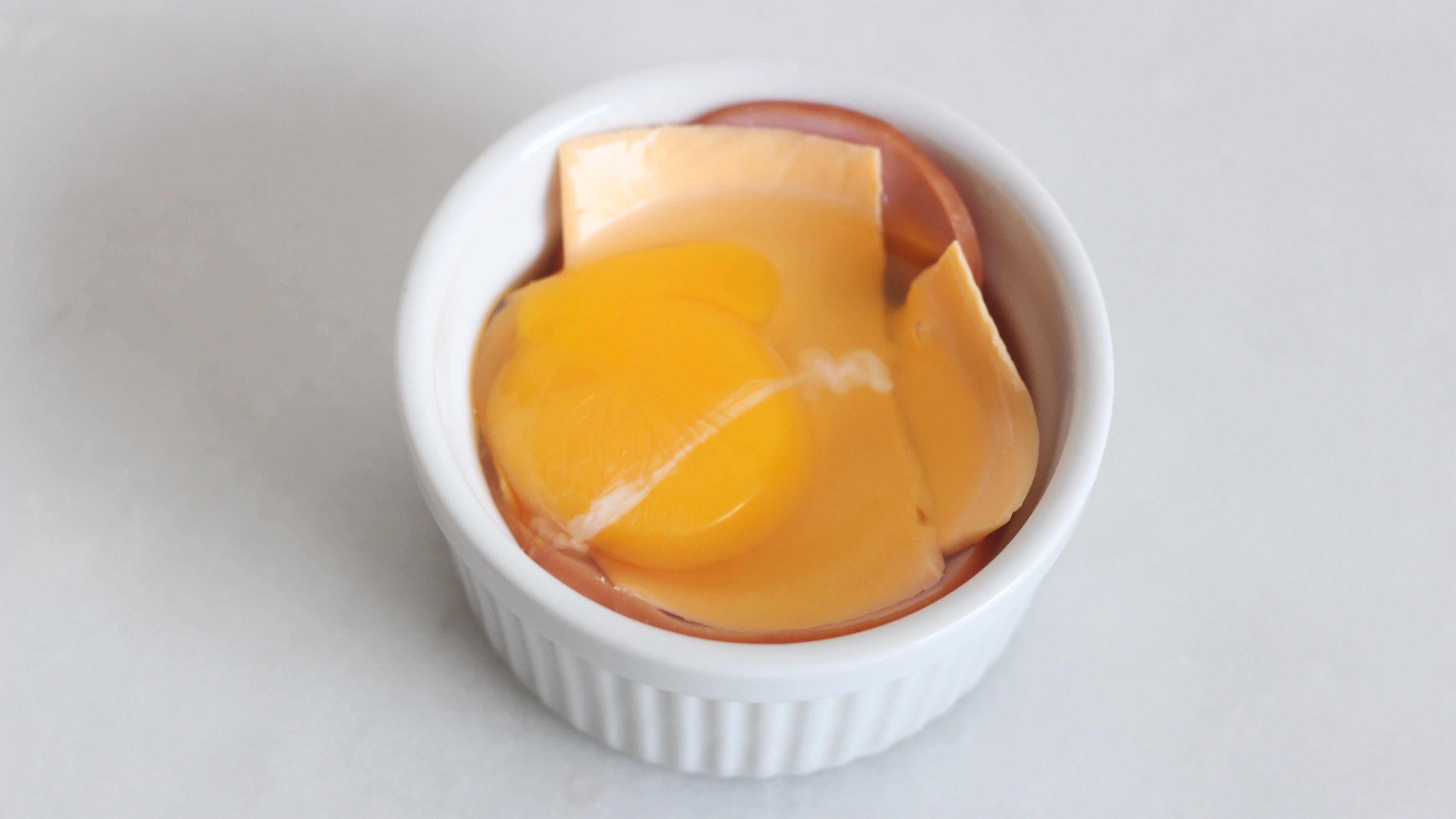 Tear the cheese in half for more even distribution (Photo: Claire Lower)

It was, as expected, very good and — thanks to the way the devon wrapped around the egg and cheese — I was able to slide the whole thing out onto a piece of toast for easy eating. It was perfect.

The devon was crispy on the edges, the cheese was completely melted, and the egg was cooked through, but the yolk was still a little custardy. It reminded me of an Egg McMuffin, but with devon instead of bacon. Obviously, I had to try it with bacon.

It worked just fine. I did, however, use two slices of bacon, as they were very small, and one was not enough to cover the bottom of the ramekin. But the process was exactly the same: I layered meat and cheese in small, microwave-safe vessel, cracked an egg on top, and microwaved everything for two minutes. 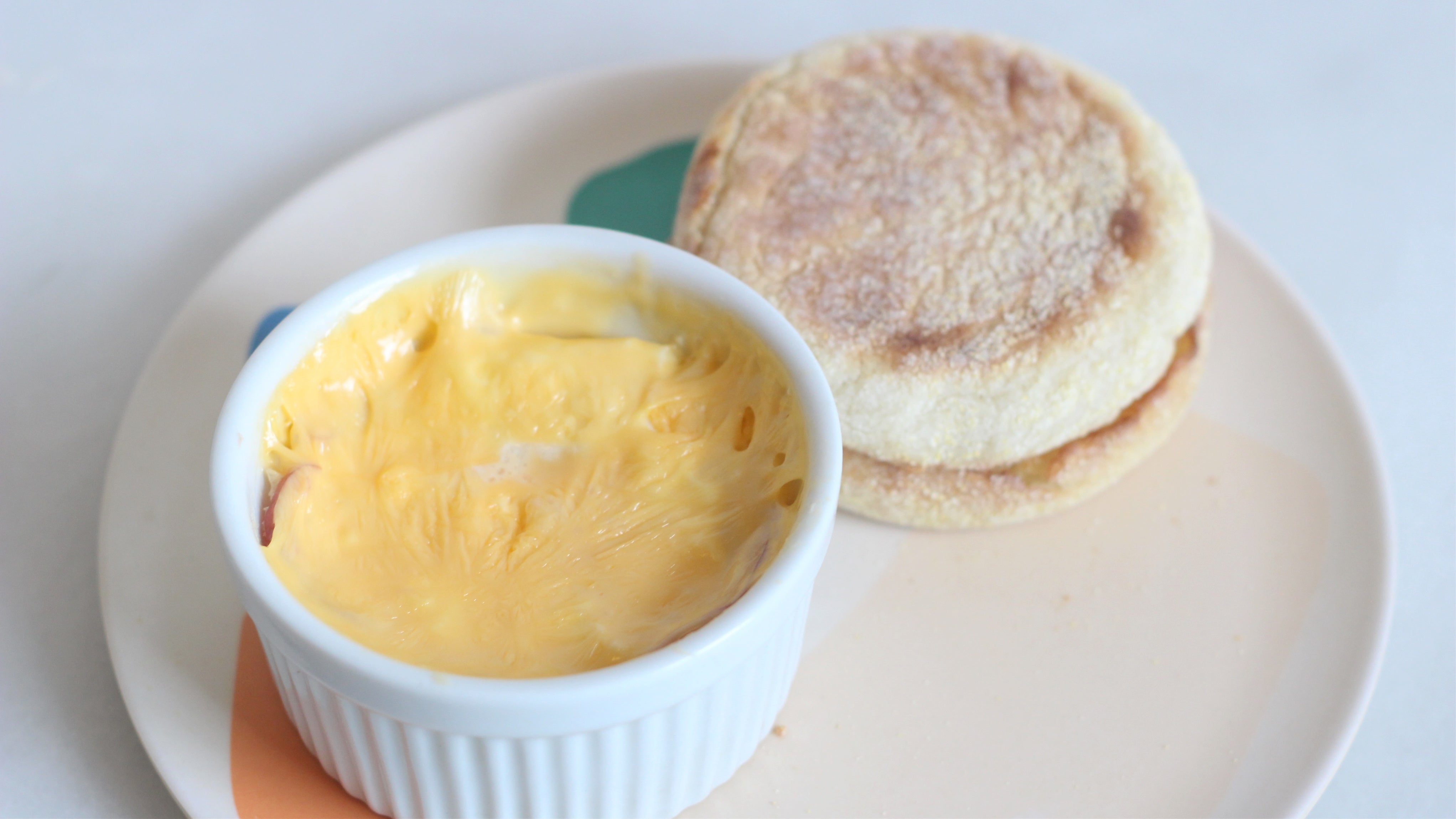 Once the cheese had migrated to the top, encasing the egg, I took it out of the microwave and let it cool while I toasted and buttered an English muffin. (It needs this cooling period; this thing comes out molten.) Once the muffin was prepped, I ran a butter knife around the edge of the ramekin, and slid the breakfast puck onto the bread. 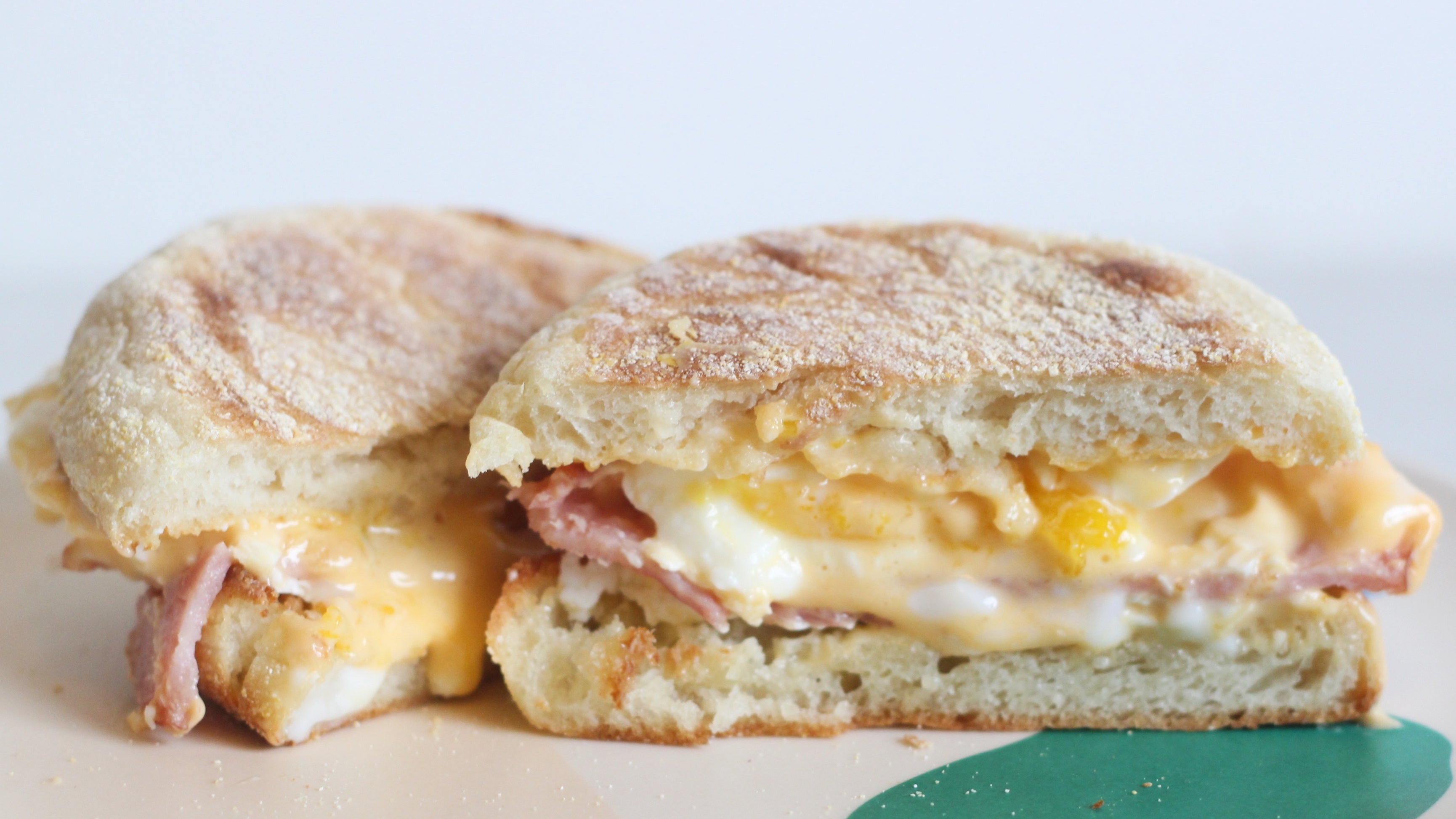 It did not have the sterile stratification of a true McMuffin, but there was egg, cheese, and meat in every bite, and — besides shovelling cottage cheese into my mouth — it was the fastest breakfast I’d ever made for myself. I think I like it better with the devon thought. Devon is hard to beat.