Is The New iPhone SE Worth The Upgrade?

If you’re an iPhone user in the market for an entry-level handset, should you upgrade to the new iPhone SE? Well, yes: Since the iPhone 8 and iPhone 8 Plus don’t exist anymore, you really don’t have another option if you’re looking for the cheapest non-refurbished iPhone. Or do you?

Before we try to convince you one way or the other, let’s talk details.

Preordering an iPhone SE: The Basics

Preorders for Apple’s new iPhone SE kick off on Apple’s website or on the Apple Store app at 10pm AEST on Friday April 17. You’ll take delivery of phone one week later on April 24, provided you’re lucky enough to snag one.

Even though the world economy is tanking and people are much less likely to be in the mood to buy a luxury item like a new smartphone, there might still be a mad rush for a phone as feature-packed and relatively affordable as this one. If you want to guarantee you get one on launch day, you’ll want to stay up late. Log onto Apple’s site, make sure your payment information is already stored in your account and decide which iPhone SE you want before 10pm.

I recommend trying to complete your purchase through both websites and apps. You might see a shipping delay when buying from Apple but have no problems getting a launch-day device from your wireless carrier. Apple’s website might be jammed while its app is working flawlessly. Don’t be afraid to mix and match your shopping strategies.

You can also get the iPhone SE through a telco in Australia on a plan:

But should you even bother preordering an iPhone SE?

If you’re not interest in jumping ship to an Android phone, your iPhone preordering decision needn’t include a ton of variables. For starters, there simply isn’t a cheaper new iPhone than the SE. You also won’t find a smaller iPhone that you can buy new from Apple; with the retirement of the previous generation SE and its four-inch screen, we have officially entered the 4.7-inch world. You’ve had since the debut of the iPhone 6 to get used to this form factor, so it shouldn’t be that overwhelming for your hand and/or jeans pocket.

When it comes to offering upgrade advice, I’m sticking to “core” models rather than the “plus”; I figure most people are buying first on form factor, and if you love large iPhones, the iPhone SE isn’t going to be the device for you anyway.

Apple's finally dropped its new budget-friendly iPhone SE and it has the world talking. Here's everything you need to know about its specs, pricing and availability in Australia.

What if you already own a new-ish iPhone?

I don’t think it makes any sense to move to an iPhone SE from any iPhone newer than an iPhone XR. And even then, Apple’s $1049 “affordable” variant was still a heck of a lot more expensive at launch. Even now, that model offers you more phone (albeit with a slightly slower CPU) and an ever-so-slightly better camera setup than the SE. The only reason for downgrading”yes, it’ll be a downgrade”to the SE from an XR is if you can’t stand the iPhone XR’s 6.1-inch screen size. Weird flex, but sure.

The same is true for the device I’m carrying right now, an iPhone X. My existing device offers a bigger display and a better camera setup. It has a slightly slower processor, yes, but my Gmail app doesn’t really care about that. Stick with your iPhone X or sell it on a third-party market for around $550 to $700 and use that as a “discount” on an iPhone 11″or wait until September (or whenever it debuts; it’s anyone’s guess giving our current global reality) for the iPhone 12.

What if your iPhone is a bit older than that? 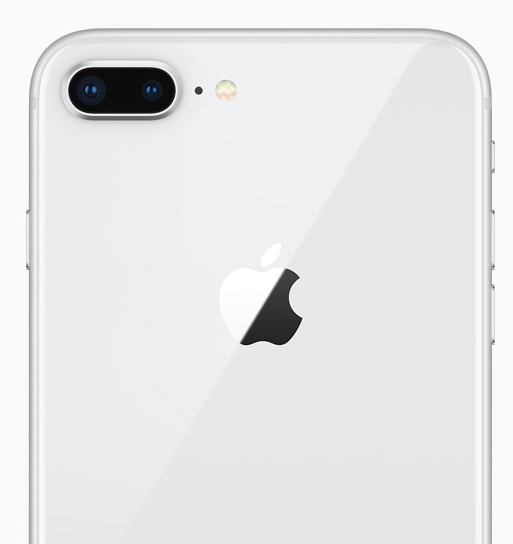 If you’re on an iPhone 8, the decision gets a little trickier: That model came out in 2017, and if you purchased it then, or even a year later, odds are good your battery life is starting to suck. When that happens, Apple hits you with performance throttling, too, which means your phone might even feel slower than it used to.

You could pay Apple $79 to replace your battery (assuming you’re not still covered by AppleCare+), but that’s fully one-sixth the price of a new iPhone SE”a phone with the same form factor and a better photographic experience thanks to the iPhone SE’s two-generations-more-advanced processor (as-new battery life between the two iPhones is the same).

If you only use your iPhone for boring tasks like mindlessly refreshing Twitter, reading coronavirus coverage or messaging your friends, the speedier processor won’t really matter. You’ll get access to Portrait Mode, sure, and the bevy of other CPU-driven improvements to photography. But if photo enhancements didn’t convince you to buy any of the other iPhone introduced since 2017, I’m not sure why they would be a deciding factor now.

If you drop your iPhone 8 and break it, I wouldn’t buy another one, even used; pick up an iPhone SE. If your iPhone 8 just needs some battery TLC and you don’t care a great deal about photos, pay the $79 for Apple to fix it up and be done with it. If your iPhone 8 is working fine, you don’t need to upgrade right now”even though you could sell it and get a new iPhone SE for just a $250 to $400 difference.

What if you haven’t upgraded your iPhone in years? 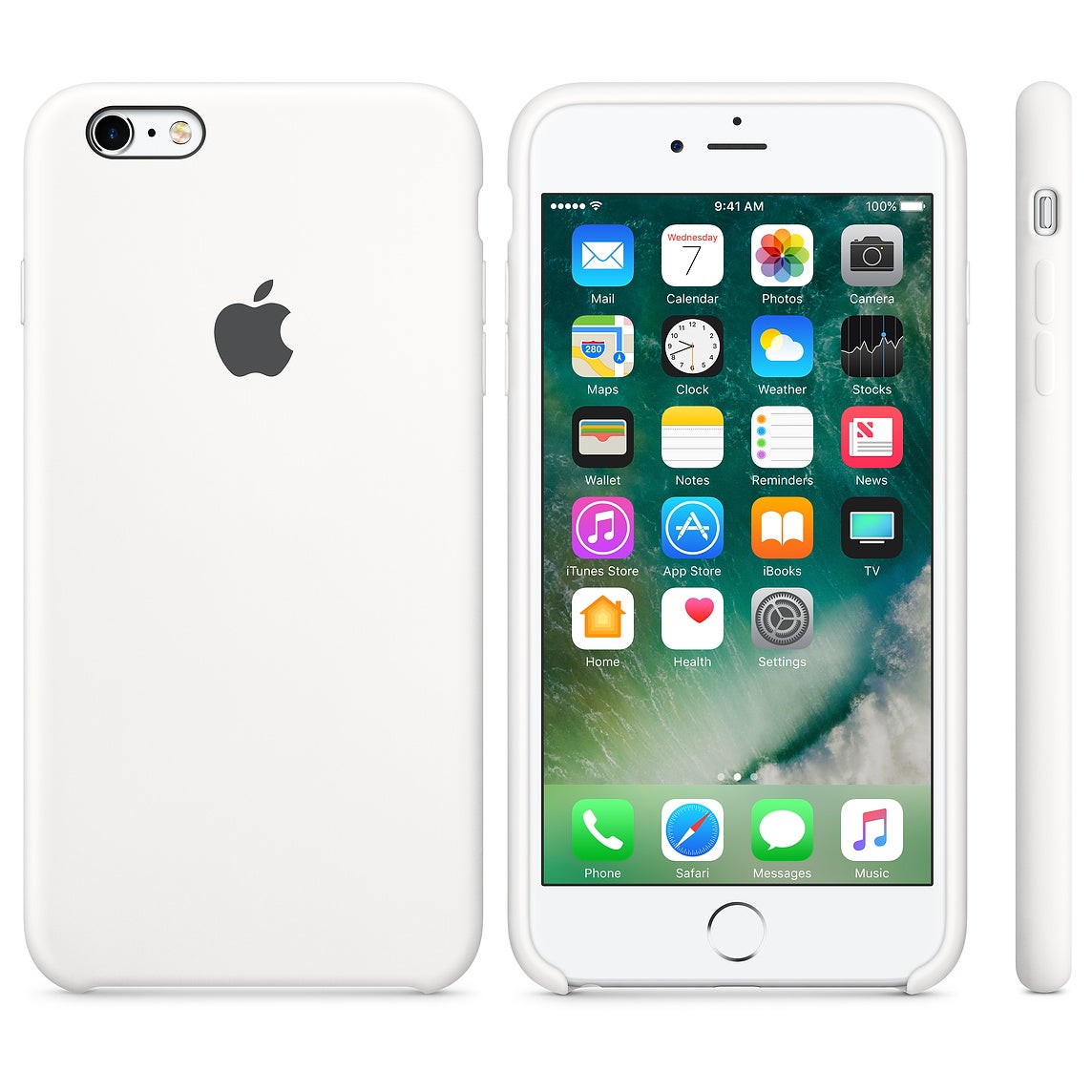 If you’re on an iPhone 7 or earlier, I think it’s time to pull the trigger: Your device is old, the battery undoubtedly sucks and you’d pay about half as much as the value of the phone (if that) just for a replacement battery. In other words, you’re getting close to the point where you’re putting lipstick on a pig”and that’s a lot of lipstick on an awfully ugly pig, especially if you’re still on an iPhone 6.

Because yeah, your iPhone 6 or iPhone 7 is soon approaching “worthless” territory, so you might as well extract what value you can from it and jump ship to a device that’ll meet your needs for the next 3-5 years.

The iPhone SE gives you the same form factor with plenty of useful upgrades. You’ll get a future-proofed device, first of all, running on the most modern version of Apple’s operating system”iOS 13, which the iPhone 6 doesn’t even support. (I wouldn’t be surprised to see Apple cut off iOS 14 for the iPhone 7. If not, definitely iOS 15.)

Staying on top of your iOS updates gives you better performance and stronger security. When Apple stops supporting your iPhone, it’s usually a good sign that it’s time for an upgrade.

Jumping back to features, you’ll also gain water-resistance (up to one metre for 30 minutes), which can help protect your device from unanticipated accidents. You won’t see a dramatic uptick in battery life coming from an iPhone 7 (with a new battery), but you should get an extra hour or two of heavy use versus an iPhone 6. And yes, there’s a lot more to love about the camera on the iPhone SE versus the iPhone 6, while the iPhone 7 to iPhone SE jump mostly attracts due to the iPhone SE’s A13 Bionic chip, which unlocks lots of fun features like Smart HDR, Portrait Mode and more frames-per-second options for 4K video recording.

Upgrade when you need to, not when Apple wants you to

I don’t want to sound like an Apple press release, so I’m not going to list out all of the iPhone SE’s features. And if you want to keep using your ancient iPhone, that’s all you; no need to upgrade if what you’re using works for you.

However, if you’re encountering any issues with your very old iPhone”slowness, a crappy battery, annoyance at its subpar photographs”the iPhone SE is a solid upgrade that’ll do you well for at least as many years as you owned your older device. Modern smartphones also don’t get much cheaper than this one.

Is it worth waiting around for the iPhone SE III, the undoubtedly super-expensive iPhone 12 or whatever else Apple is cooking up? Your guess is as good as mine.

If you decide the SE is right for you, you can order the phone from the Apple Store here or through the Aussie telcos below.