Do You Need a VPN Kill Switch?

How to Fix Sticky Keys and Double Presses on Your MacBook...

How To Wear A Face Mask Without Fogging Up Your Glasses 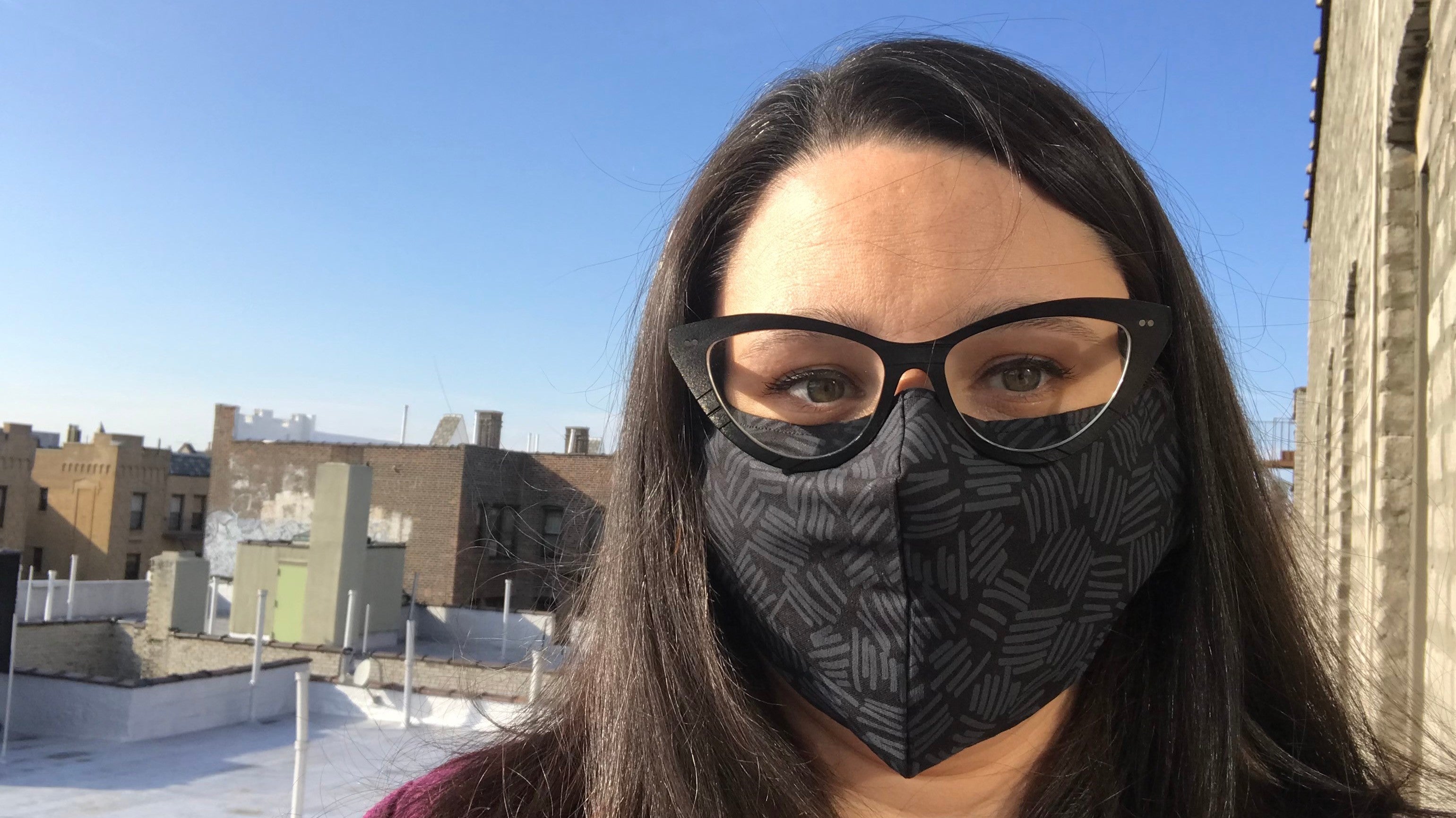 If you are new to wearing a face mask and wear glasses, you may have noticed a problem: foggy lenses. To help prevent the spread of coronavirus what was once an issue for those in certain professions is now affecting the rest of the world.

Before this pandemic started, I spent a year and a half wearing face masks for long periods of time while caring for my mother who was being treated for leukemia with chemotherapy and a stem cell transplant. We were told that she had the immune system of an infant without any vaccines and were advised to wear masks around her. As a glasses-wearer, this posed a challenge: It’s hard getting stuff done when your glasses are fogged up all the time.

Here is how my glasses usually look like while wearing a face mask—especially when I’ve just come indoors after being outside: 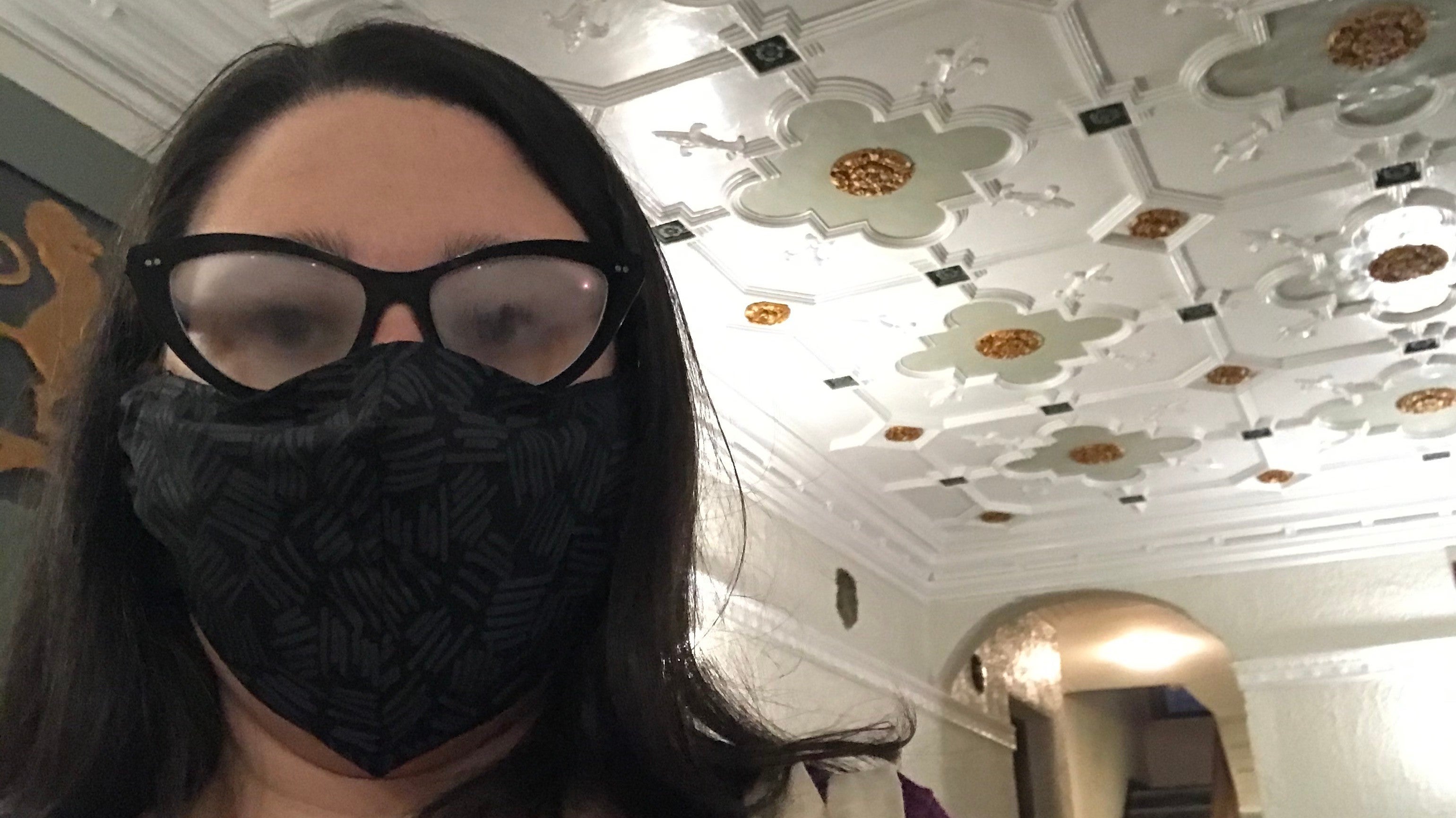 This is even more of an issue for us now that we aren’t supposed to touch our faces. It’s not as if we can just take our glasses off when they fog up, wipe them, and put them back on without possibly transmitting the virus from our hands to our face. And if you’re someone who truly relies on wearing glasses all the time to see (as opposed to reading glasses or light prescriptions so you can read faraway signs), taking them off isn’t an option. So what’s the bespectacled population to do? Yesterday, for the sake of journalism, I put on my outside pants and tried some of the supposed solutions for preventing foggy glasses while wearing a face mask. Here’s what I found out.

Why your glasses get foggy when you wear a face mask

Before getting into the solutions, let’s look at why this is a problem to begin with. According to a 2011 article published in the Annals of the Royal College of Surgeons of England, here’s what happens:

“The face mask directs much of the exhaled air upwards where it gets into contact with the spectacle lenses. The misting occurs from the warm water vapour content condensing on the cooler surface of the lens, and forming tiny droplets that scatter the light and reduce the ability of the lens to transmit contrast.”

Even without face masks, people who wear glasses and live in cold climates are likely used to their specs fogging up when they return indoors after being outside when it’s chilly. The same thing is basically happening here, with the added complication of your hot, moist breath wafting up towards your lenses. Along the same lines, I’ve noticed that my glasses fog up significantly more when I’m wearing a face mask outside when the temperature is lower. In fact, it was 60 degrees in New York yesterday when I started doing my test and it took some time for my glasses to fog up, whereas when I wore a mask a few days ago when it was in the 40s, my glasses completely fogged up within seconds.

Methods for preventing foggy glasses while wearing a face mask

Before I get into which methods worked best, I should mention that after initially going out on my fire escape in the afternoon and not dealing with much fog, I went out again yesterday evening when the temperature had dropped about 10 degrees. That’s all it took: my glasses fogged up pretty much immediately after leaving my building.

Though clearly this is nowhere near a solid scientific experiment and would not pass a peer review, but I did try to use some sort of methodology. When I tried each de-fogging method, I walked one block in order to make sure that I was recreating the typical conditions when my glasses fog up (outdoors and on the move). I also used hand sanitizer every time I put on or took off my mask.

Also, I should note that I was only working with the supplies I had in my apartment, so I didn’t have any anti-fog spray. I did use and have luck with it previously, and sure I could order some online, but wanted to see what other options were out there. I was using a reusable cloth mask I had purchased on Etsy. Here are the results of my experiment.

This video from Japan shows a person folding up a piece of tissue paper into a small rectangle and then placing it at the top of their mask. The idea here is to add another layer to the mask at the top (where the warm, moist air escapes) to absorb the moisture. After rooting through my closet, I found a gift bag with some pretty fresh-looking tissue paper still inside, and gave it a whirl. I folded it up just like they did in the video (though the video shows a disposable surgical mask and not the cloth type I used) and before I was even able to start walking the block, my glasses fogged up immediately. I tried it a few more times—with and without taping the tissue paper down—and got the same results every time: my glasses fogged up even more than they did without the tissue paper. Maybe this only works with disposable masks, or perhaps I did it wrong, but I won’t try this method again.

Not everyone is fortunate enough to find a candle wrapped in tissue paper in a gift bag in their closet, so I also wanted to try this method out with a regular tissue (aka Kleenex). I did the same thing, folding it and placing it at the top of my mask. This actually worked better than the tissue paper, but was about the same as using nothing at all.

Gaps in the cheeks

I came across another method recommending making space for air to escape by creating gaps in the cheek area of the mask. Given the fact that the mask is supposed to fit snugly around your face to prevent your potentially germy breath from getting on other people, this didn’t seem like a great option, but I tried it anyway. Yes, it did work—in that my glasses didn’t fog up as I was walking—but wearing a face mask that doesn’t properly cover your face seems pretty counterproductive. The CDC says that face masks should “fit snugly but comfortably against the side of the face,” and the amount I had to loosen my mask to prevent my glasses from fogging definitely didn’t leave it fitting anywhere close to smugly.

Folding the top quarter of the mask

According to Fast Company, the Metropolitan Police Department in Japan suggests folding the top quarter of your mask down—the idea being that the escaping air won’t be as close to your glasses. Again, I had concerns about losing any surface area of the mask. But like the cheek-gaps method, it did prevent my lenses from getting foggy. Still, going by the CDC’s snug fit recommendation, this does not seem like a great idea.

The idea here is to mimic the adjustable piece of metal on the top of N95 masks to help shape the mask to the contours of your face. This makes sense, but it all depends on what kind of cloth mask you have. If you are making your own mask, or have one that allows you to feed a small, flexible piece of metal through the top, then it’s worth a shot. Dan Formosa, a designer with experience making medical masks told Fast Company that metal fasteners from an office supply store could work for this if you’re making your own mask. Others have used pipe cleaners or paperclips to the same effect.

My cloth face mask is completely sewn up, so I had no way of inserting a piece of flexible metal without cutting the mask (something I was not willing to do). But I did find a paperclip, straightened it out, and then duct taped it to the top of the mask. Unfortunately, my version was too rudimentary to make any difference, but if you have the option of inserting a fastener, paperclip or pipe cleaner through the top seam of your mask, it’s worth a shot.

This was the method that I was most optimistic about, given that there’s a journal article that says it works. Here’s how they describe the technique:

“Immediately before wearing a face mask, wash the spectacles with soapy water and shake off the excess. Then, let the spectacles air dry or gently dry off the lenses with a soft tissue before putting them back on. Now the spectacle lenses should not mist up when the face mask is worn.”

I went back to my apartment, washed my glasses according to those instructions, and then went back outside to see if it worked. Sadly, my hopes for this method were dashed. I mean, my glasses were definitely less foggy than they were without adding this soapy film, but my spectacle lenses did mist up.

During my last extended period of mask-wearing, I used a breathing technique similar to playing the flute: using my lips to blow the air downward, like the video above demonstrates. It wasn’t perfect, and it took some training to remember to breathe like this while wearing a mask, but I found that it did help a lot. Full disclosure: I did play the flute in my elementary school band, and though that was a long time ago, I have retained the ability to breathe downward like this for long periods of time thanks to muscle memory. I tried this technique out again yesterday, and it was hands-down the most effective of all the methods I had tested. No, my glasses weren’t 100 per cent fog-free, but they only fogged up slightly around the edges and I was still able to see without a problem.

For me, flute breathing worked the best, but I’m interested in trying the DIY mask method of placing a small piece of flexible metal at the top so it fits on your face similarly to an N95 mask. My paperclip version was not great. As far as the soap method, if medical professionals have had enough luck with it to warrant an article in a medical journal, it’s also worth a shot. I tried using both liquid hand soap and a lather I worked up using bar soap, but maybe there’s a certain type of soap that works best. Given how many different varieties of masks are floating around now, all glasses-wearers may have to do their own version of this experiment and find out which method works best based on the type they have. But when in doubt, pretend like you’re playing a flute and breathe downwards.