Ubisoft’s Assassin’s Creed II might be showing its age, but free is free.

The game came out in 2009, and there have been something like seven different sequels across five different time periods since. That’s fine, since every time I play Assassin’s Creed, I feel like I’m still missing some important part of the plot that I never quite got from the other titles. Going back to the series’ roots is a great way to familiarise yourself with what’s going on, especially if you just started playing the latest instalment, Assassin’s Creed Odyssey, and double-especially if it won’t cost you anything.

Ubisoft’s offer comes with the usual laundry list of caveats. First, the free game is Windows-only—technically, Uplay is Windows-only, since you can totally purchase and download Assassin’s Creed II for macOS elsewhere. Ah, Ubisoft.

This offer is also only going to last for a small window of time. You’ll have until April 18 to nab the free game, after which you will get nothing if you didn’t “purchase” it for the low cost of free. 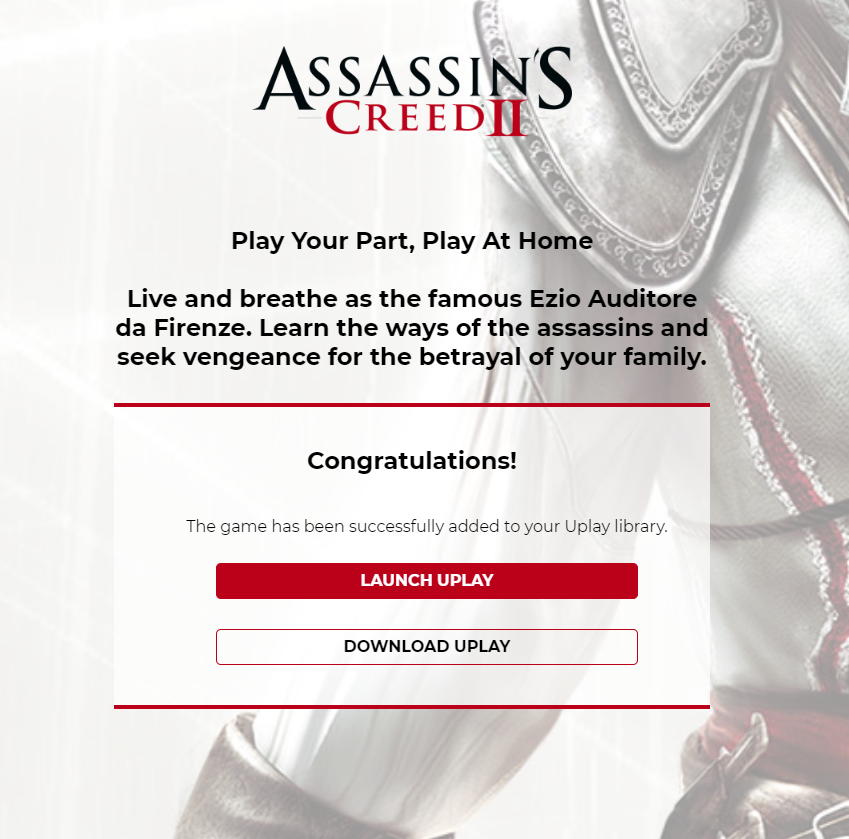 You don’t have to download Assassin’s Creed II or play it immediately, but it’ll now be in your library for as long as you want—waiting for you to take a trip in your time-travel machine (or Animus, or whatever) for some virtual runnin’, sneakin’, and stabbin’.

I kid, but it is still a fun title, and worth exploring if you’ve already burnt your way through some of the other Assassin’s Creed games (even though we can all agree that Black Flag is still the best of them, right?)

And, hey, if you’re really good, you can beat it in less than a full, eight-hour workday: