How Can I Avoid Static Electricity Shocks In Cold, Dry Weather? 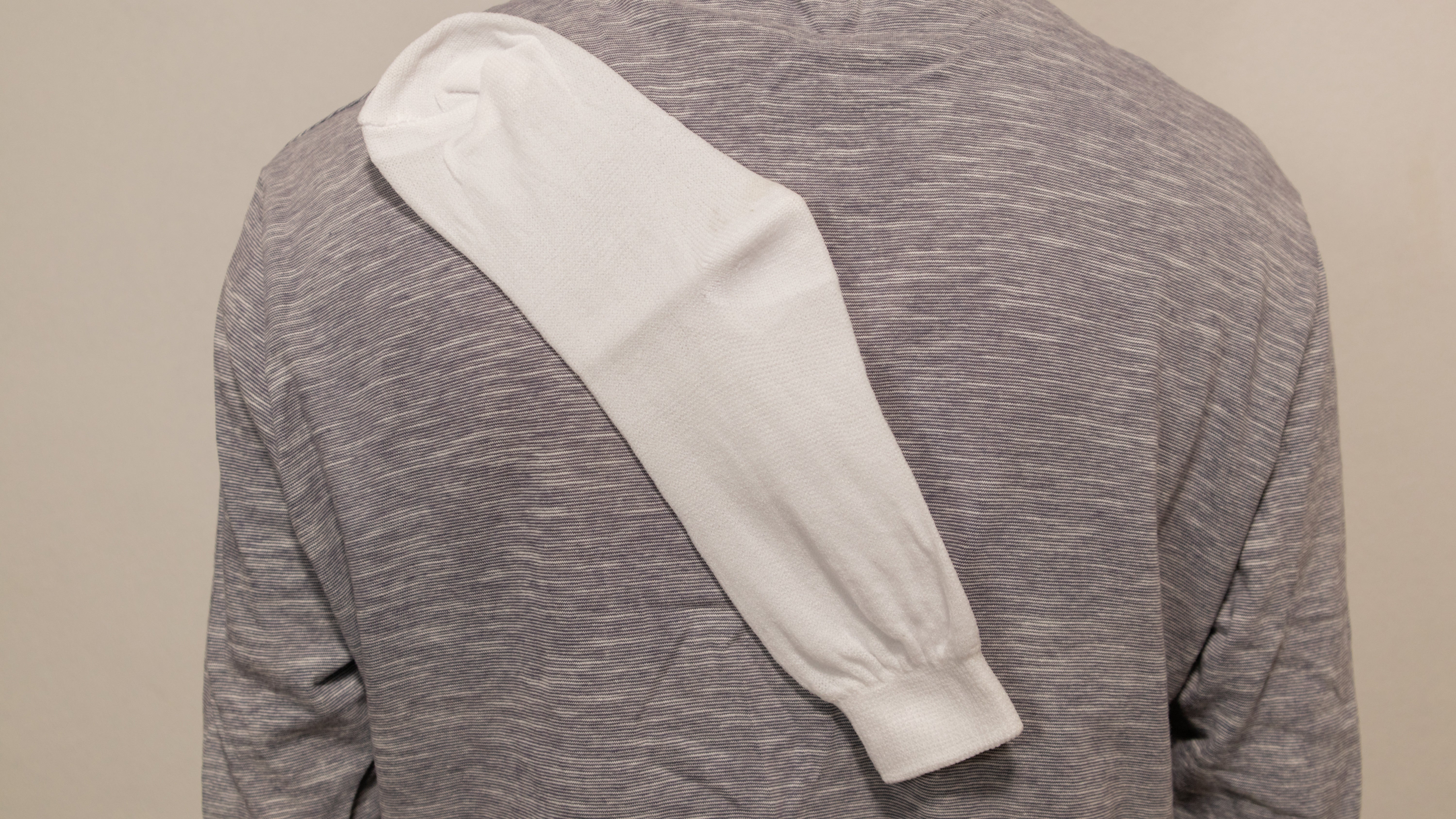 There are plenty of things to dread about the winter time, including all the hours of darkness, the cold temperatures and static shocks. Fortunately, there are ways to cut down on this seasonal annoyance.

It’s starting to cool off around here, and pretty soon the weather is going to be so dry that everything I touch gives me a shock. This year I’m determined to avoid constant static electricity problems in my house. What can I do to avoid it?

I can sympathise with your situation. In the winter it feels like everything you touch shocks you, and first thing in the morning it can be quite a jolt to the system. Luckily, there are a few things you can to do minimise all of that. Below I’ll lay out some of your best options, but first, a quick lesson on static electricity.

What is static electricity?

Without going too deeply into an electrostatics lesson, it’s important to know what causes those static shocks so you can start avoiding them. Static electricity â€œrefers to the build-up of electric charge on the surface of objectsâ€”essentially, when electrons move from one surface to another through contact. If the surfaces are both insulators, they’ll build up an electrical charge. One object will have a positive charge (because it lost electrons) and one will have a negative charge (because it gained electrons). If one of the charged objects then touches a conductor, like a piece of metal, the charge will neutralise itself, causing a static shock.

What does this mean for you? Well, you have a lot of insulators in your home, like the rubber soles of your shoes and that wool carpet in the living room. When you walk on that wool carpet, your body then builds up a charge it can’t get rid of through the insulating soles of your shoes. Then, when you touch that metal doorknob… you know what happens. Dry air is also an insulator, so static electricity is even more common during the dry winter months.

One of the easiest ways to avoid static shock is to pay attention to what you’re wearing and what kind of fabrics make up the furniture in your house. For example, rubber-soled shoes are great insulators, and will build up a lot of static in your body when combined with a wool or nylon carpet. Instead, try walking around in leather-soled shoes, or cotton socks instead of wool socks. Leather-soled shoes are also great for grocery shopping, since shopping carts can often cause lots of static electricity.

Similarly, wool sweaters are common offenders, especially in the dry winter (when you usually wear them). If you sit in a chair made out of the right fabric, you’ll build up quite a bit of static. Again, cotton is going to be much more friendly, so try wearing cotton clothes when you want to avoid nasty shocks. Certain furniture covers or antistatic sprays can help alleviate this problem, too.

You may have also noticed that often, when you get out of your car, you get a shock when you touch the door. You might have even heard that touching the door frame as you get out of the car can help, and that’s true. Make sure you start holding the metal frame before you get out of the car, and you keep touching it until you’re out of the seat completely. If you forget to do this, you can also touch the car door with your keys. Since the electricity will discharge through them, you won’t feel a shock.

De-static your home with a humidifier

The tips above will work when you’re out and about, but when you’re in your own home, there are a few other things that ensure you can wear those rubber-soled shoes and wool sweaters when you want to. A humidifier can make the air a bit less dry, and thus lower the possibility of you getting shocks at home. Generally, you want to keep it above 30 per cent relative humidity, though 40 per cent or 50 per cent would be even better. We’ve talked before about picking the perfect humidifier for your home (which has many other benefits), and if you want to keep an eye on the relative humidity, you can pick up a cheap hydrometer from most garden stores. It’ll really make a world of difference.

That may seem long-winded for a discussion of static shocks, but when you’re struggling through those harsh winter months, those shocks start getting really irritating day in and day out, and just a few simple tricks can help you eliminate that household annoyance. If you’re curious to know more of the science behind it, Science Made Simple has a pretty good explainer. Hopefully all this can make your winter a little more pleasant!

This story was originally published in 2011 and was updated on 11/19/19 to provide more thorough and current information.