disney plusmoviesnetflixstreamingtv shows
At Lifehacker, we independently select and write about stuff we love and think you'll like too. We have affiliate and advertising partnerships, which means we may collect a share of sales or other compensation from the links on this page. BTW - prices are accurate and items in stock at the time of posting.

Believe the hype – Disney Plus is a bona fide Netflix killer. Boasting thousands of individual titles (much more than expected), premium features at entry-level pricing and some the world’s most popular IP, it is set to shake up the local streaming market in a big way.

Here are ten things we love about the service (and a couple of things we don’t.)

First, let’s take a look at what sucks. If you prefer to watch original programming on your streaming services, Disney has a lot of catching up to do. There are currently fewer than 20 titles available, including polarising fare like High School Musical: The Musical: The Series. Subsequently, Disney+ is really only worthwhile if you’re a fan of its pre-existing movies and TV shows.

Apparently, the platform was also easy to hack on launch. A ZDNet investigation discovered several Disney+ usernames and passwords were sold on the dark web, with some customers getting locked out of their accounts. (The log-in process lacks two-factor authentication.) The issue appeared to be isolated to the US and has since been resolved, but it’s definitely something to be mindful of. You can read more about the hacking fiasco here.

Now, onto the good stuff! In no particular order, here are ten things we love most about Disney Plus. You can sign up for an account here. 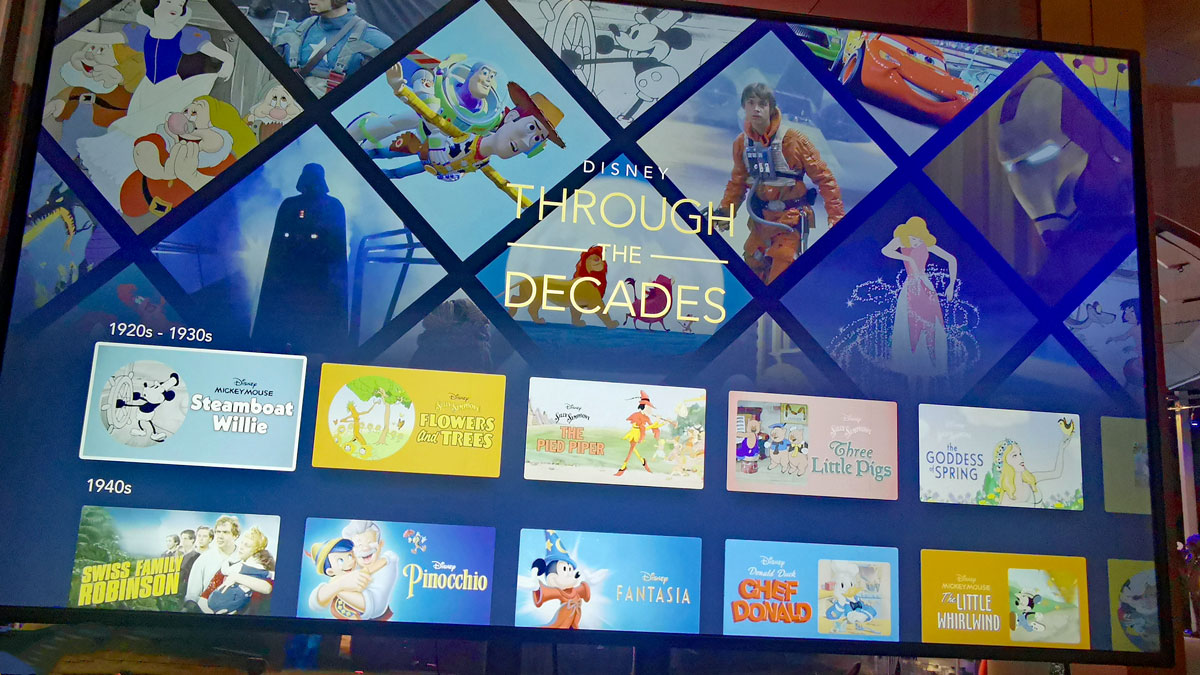 Unlike other streaming services, Disney Plus is restricting its library to content it owns the rights to. Normally that would be an instant deal breaker, but Disney is in a position to pull this off. In addition to a back catalogue of movies spanning 90 years, it now owns everything made by Lucasfilm, Marvel Studios, Pixar and Fox.

If that’s not enough, there will also be a steady stream of original programming made specifically for the platform, including The Mandalorian (more on which below.)

All in all, there are more than 600 films and 7,000 TV episodes available at launch. That’s a lot of content to binge on.

Read more
” excerpt=”What movies and TV shows are coming to Disney Plus in Australia? It’s a question we’ve all been pondering for weeks. Today, Disney Australia finally let the mouse out of the bag. Here are the chief titles that will be available in Australia on day one!”]

The Mandalorian (and Star Wars!) 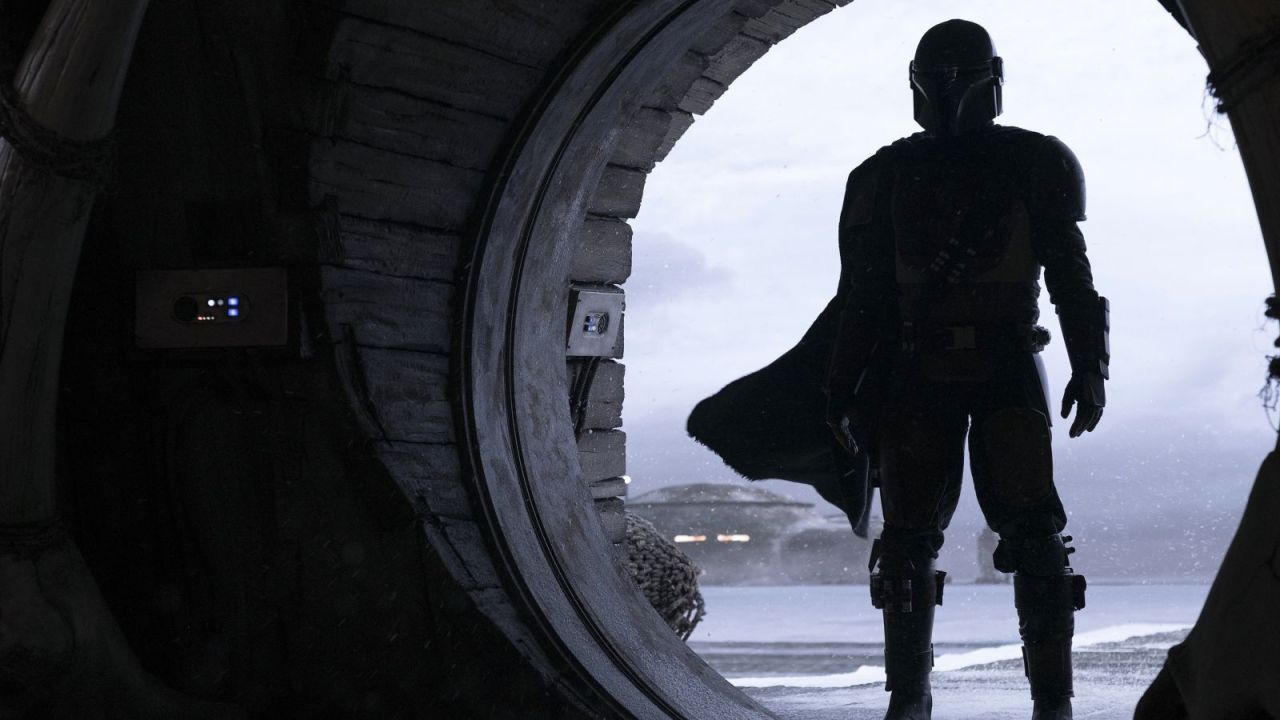 If you’re a Star Wars fan, Disney+ is a no-brainer – it’s the only place to (legally) watch the first live-action series set in a galaxy far, far away. The Mandalorian follows the plight of a lone bounty hunter plying his trade in the outer reaches of the universe.

The series, which is set five years after Return of the Jedi, has been getting rave reviews from fanboys and film critics alike. Imagine a Sergio Leone Western starring Boba Fett as the Man With No Name and you’ve got a pretty good idea of the tone. It’s unmistakably Star Wars yet refreshingly different. Aussies have two episodes to watch at launch with six more dropping in the weeks ahead.

In addition to The Mandalorian, Disney Plus also contains every Star Wars movie released thus far along with a bunch of animated series like The Clone Wars and Star Wars Rebels.

7 Essential Star Wars Books That Anyone Can Enjoy

Despite some initial teething issues in the US, Disney Plus has one of the zippiest and most attractive UIs on the market. Content can be filtered by studio, genre, or even by decade, which makes searching for specific titles a cinch. It also looks great, with bespoke art jazzing up the various categories.

Crucially, playback is smooth and user-friendly – it even has one of those little preview windows so you can easily locate specific scenes via the fast-forward button. This is something we’re still waiting for Stan and Foxtel to implement. Just sayin’. 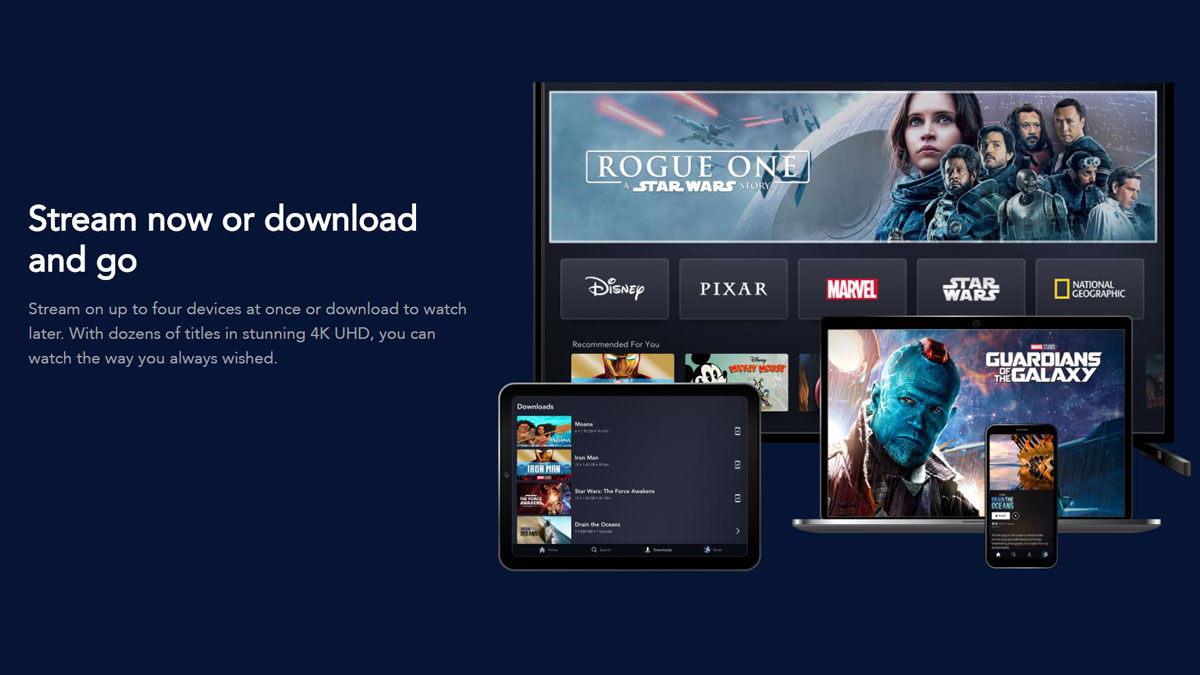 As $8.99 per month, Disney+ is one of the cheapest streaming services in Australia. But what’s truly impressive is what you get for the asking price. That $8.99 grants you access to 4K video, HDR, four simultaneous streams and up to seven individual profiles.

To get those features on Netflix, you need to subscribe to its top-tier plan which currently costs $19.99 per month. If you opt for Disney+’s annual subscription, the per-month pricing comes down even lower, to around $7.50. 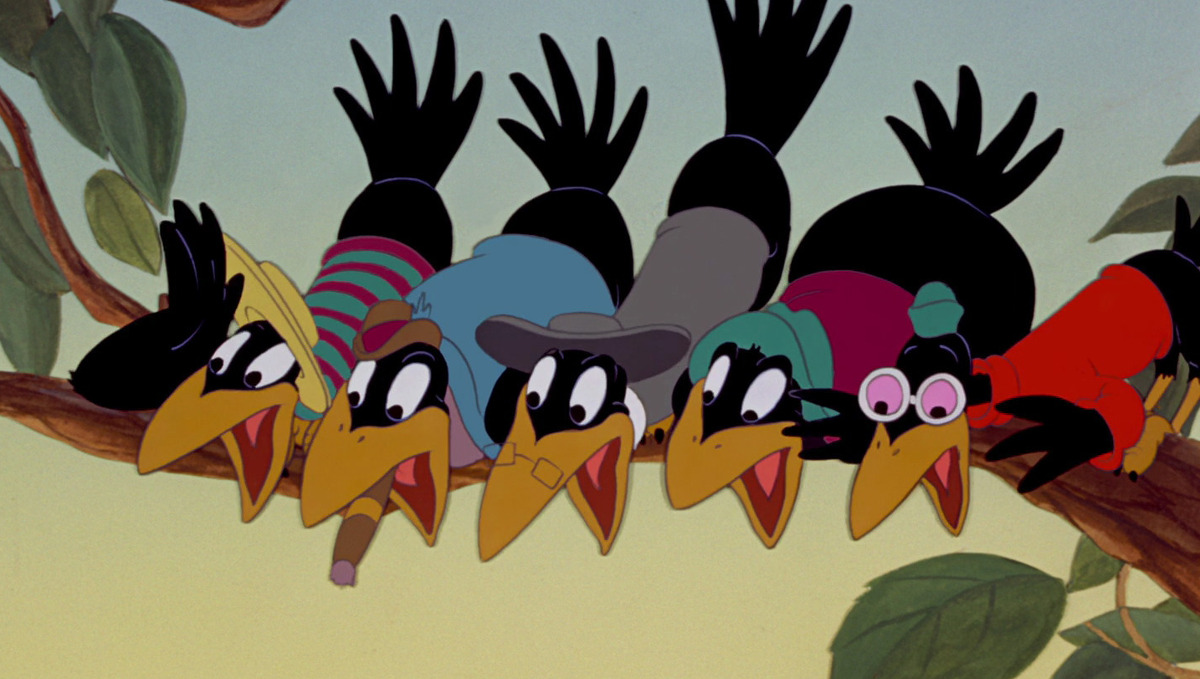 Disney – and its subsidiary, Pixar – are unquestionably the best animation studios of all time. (Don’t @ me, Ghibli fans.)

Apart from an unfortunate blight in the ’80s, it has enjoyed an unbroken run of excellence – from Snow White And The Seven Dwarfs all the way through to Toy Story 4.

Many of these award-winning classics are now streaming on Disney+, including Dumbo, Beauty and the Beast, The Lion King, Mulan, The Little Mermaid, Tangled, Frozen, Moana and nearly all of Pixar. Hell, it’s even got the original Steamboat Willie from 1928! If you’ve got kids who care about quality, Disney+ is the streaming service to get. 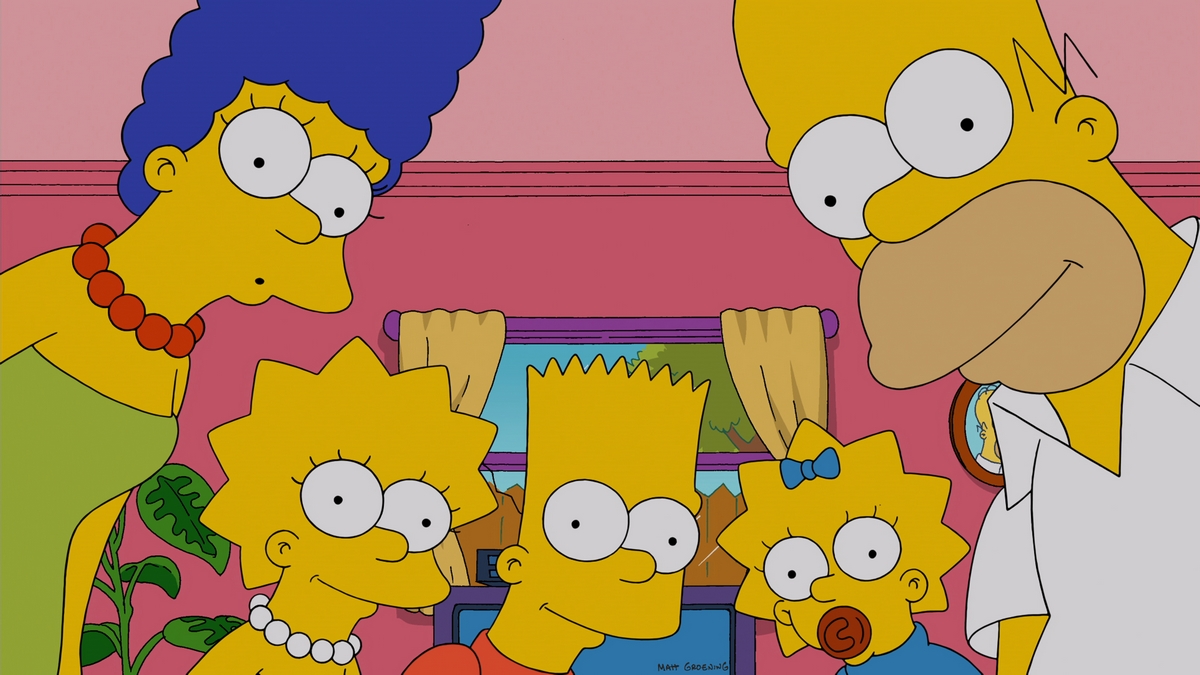 For those who missed the memo, Disney+ is providing on-demand access to The Simpsons – from Season 1 all the way through to Season 29. That’s over 630 episodes!

The Simpsons certainly isn’t the show it once was, but the earlier seasons remain some of the funniest, cleverest and most subversive TV ever produced. Astonishingly, this is the first time the series has been available to stream in Australia. Another feather in Disney’s cap.

Confirmed: The Simpsons Are On Disney+ Australia

Disney Plus is the latest Netflix competitor to land in Australia. For the past few weeks, we've been wondering if we'll be getting the full American lineup - particularly The Simpsons, which currently streams exclusively on Foxtel. We just got confirmation from Disney that The Simpsons will indeed be available on the Australian platform at launch with a few caveats. Here's what you need to know. 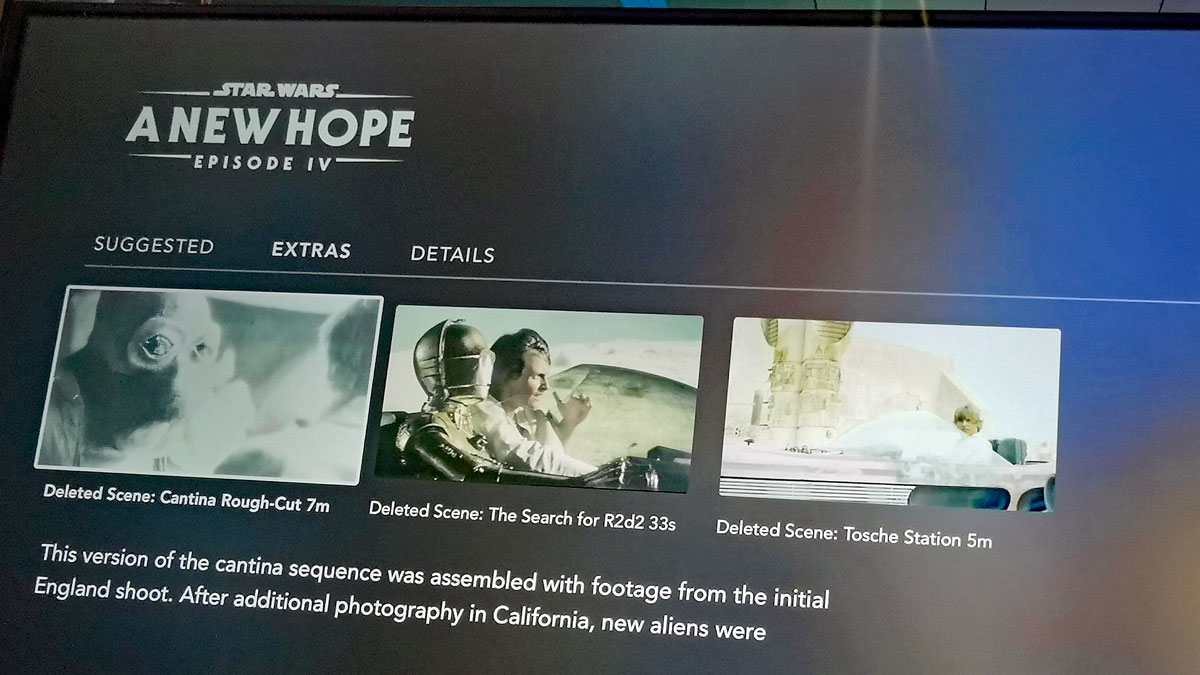 Disney+ isn’t just a straight library of films and TV shows. It also contains a treasure trove of special features – just like you used to get on DVDs and Blu-rays. Popular movies come with deleted scenes, trailers, documentaries, original art, audio commentaries and other supplementary material.

This is something we’ve always wished streaming services did more of. If nothing else, it gives you something else to check out once you’ve binged everything. 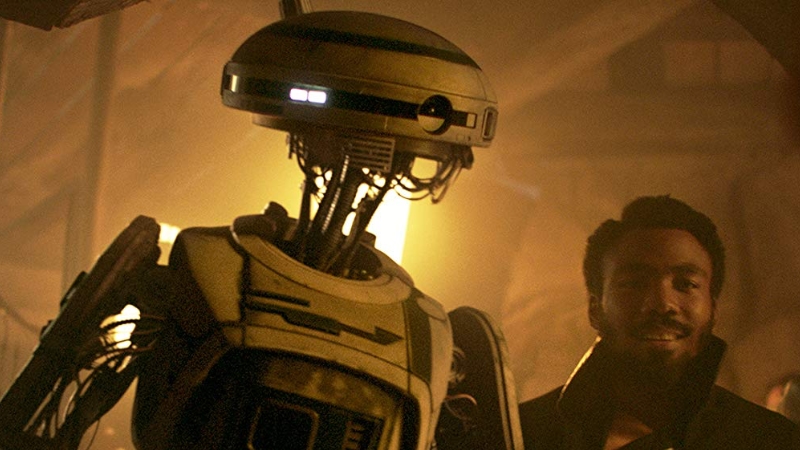 In a rare reversal of fortunes, Australia actually got more content at launch than our Yankee pals. Apparently, some of Disney’s content deals in the US have yet to expire, which has precluded certain titles from appearing on the service. This included Beauty and the Beast, Black Panther, Pixar’s Coco, Ralph Breaks the Internet, Solo: A Star Wars Story, The Avengers: Endgame, Thor: Ragnarok and Star Wars: The Last Jedi.

You can check out more missing titles here. (Try not to gloat.) 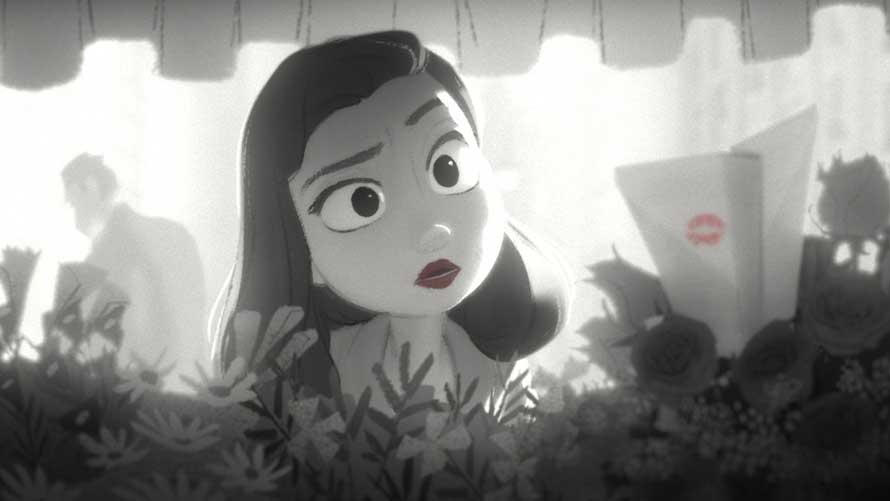 As we reported yesterday, the vast majority of Disney+ content is here to stay, effectively forever. Because Disney owns everything in its library, it doesn’t need to worry about expiring licencing agreements. This is in stark contrast to Netflix, which is regularly forced to cull hundreds of third-party titles each month.

Provided a customer downloads a title for safekeeping, it will always be available to watch on the service.

Disney Plus: The Killer Feature No One Is Talking About

The Adventures of Ichabod and Mr. Toad

This is the best thing on Disney Plus and I don’t care what anyone says.

Disney Plus is available in Australia now for $8.99 per month. You can download the app om iOS, Android, Apple TV, Chromecast, Amazon Fire TV, PlayStation 4, Xbox One and select smart TVs. Sign up to Disney+ here.

This article has been updated since its original publication in November 2019.