Cherry Tomatoes Are The Perfect Tomato For Right Now 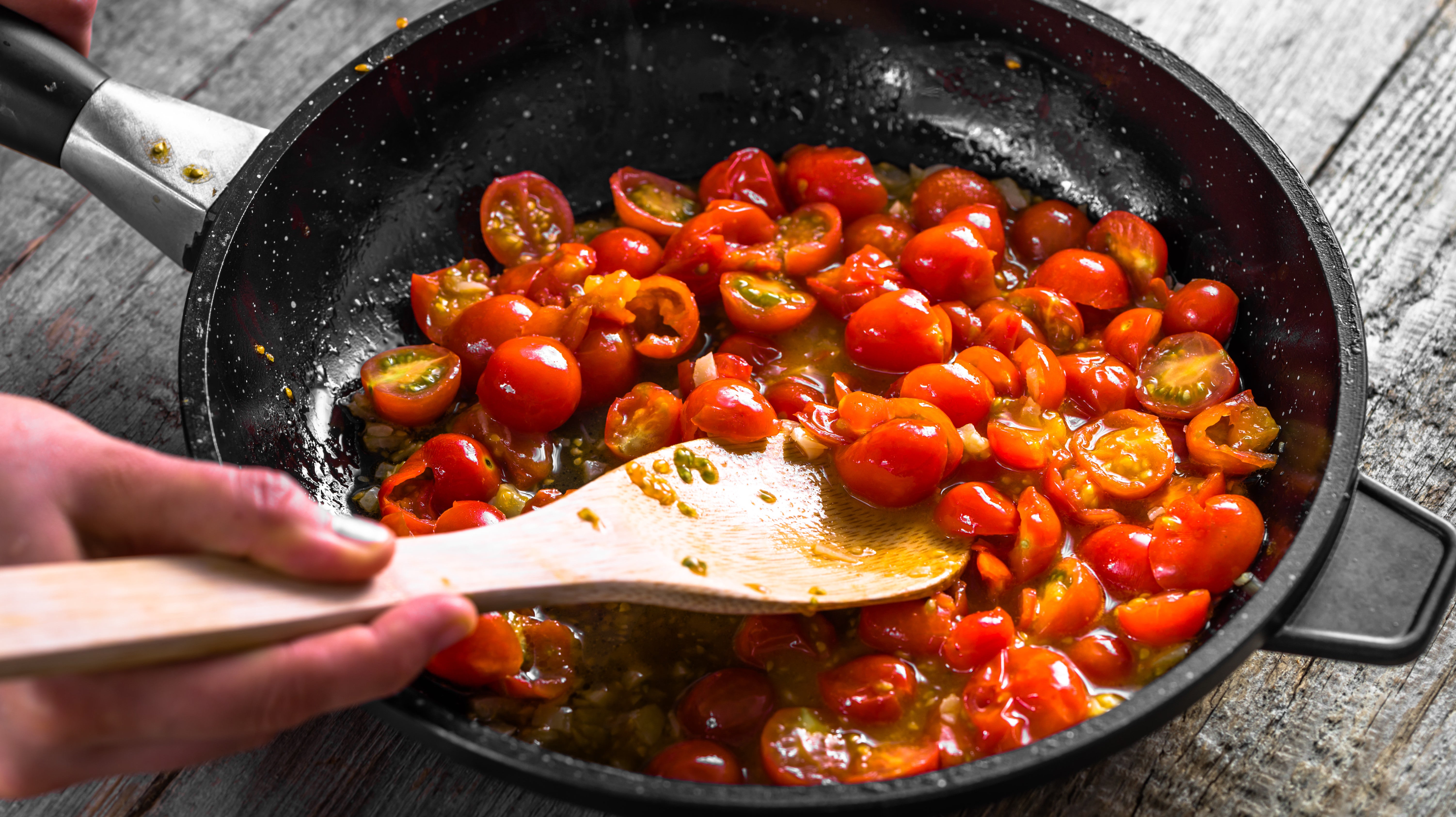 Given that the goal right now is to stay inside, some people have developed a bunker-like mentality, spending most of their grocery budget on canned, frozen, or dried foods. Due to its limited shelf life, fresh produce isn’t getting a ton of love these days, but next time you make it to a store that sells such, I urge you to grab a punnet or two of cherry tomatoes.

Why these tomatoes specifically? I have many (smart, good) reasons. For one, cherry tomatoes—even when they’re not in season—taste mostly like a tomato. They’re sweeter and juicier than their larger counterparts, and almost never mealy. They are hearty little things, and can sit on the counter for weeks while remaining edible. They might shrivel a bit, but that’s fine, I’ve found that just concentrates their flavour.

Cherry tomatoes are an easy way to get some freshness into your daily diet. No matter what else you did or ate that day, at least you ate a piece of a plant, and that plant had a lot of vitamin C and lycopene. They’re also incredibly versatile. Beyond popping them into your mouth raw (or in a bowl of cottage cheese), you can broil them for a British breakfast, roast them in a sauce, char them for a salsa, or let them hang out in a low-temp oven overnight for a sweet and jammy side.

I put them under a roast chicken the other night with some garlic and shallots, and mashed them on some crusty bread for a lovely little midnight snack. If you are truly bored, you can peel them and make one of my favourite salads. If you are truly desperate, you can blend them with pickles for a Bloody Mary. You have a lot of options with these guys, is what I’m telling you.